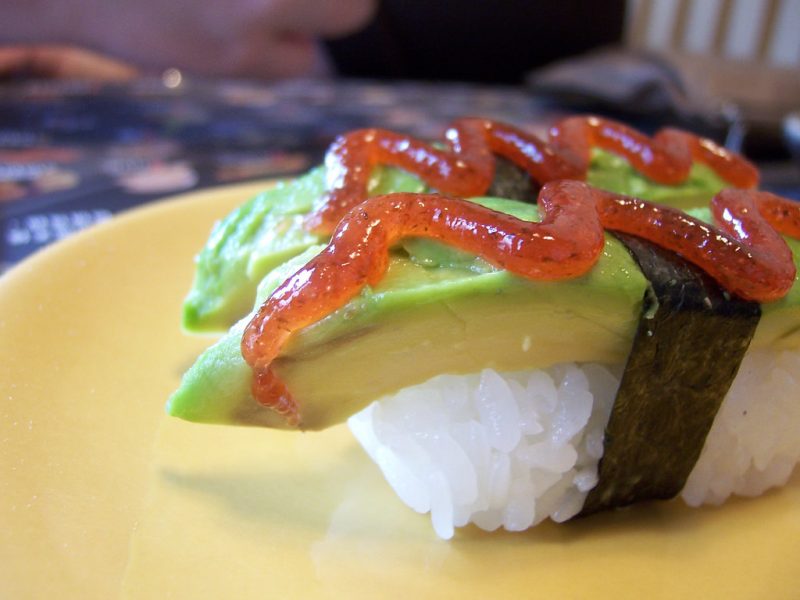 Ever wondered how avocado ends up being the prime sushi ingredient in every roll in every sushi restaurant in Japan? Because it’s good, it’s versatile and incorporating unique ingredients conforms to the art of Japanese sushi-making.  And mid-range sushi restaurants in Japan seem to be the best places to savor the non-traditional ingredients such as the avocado. 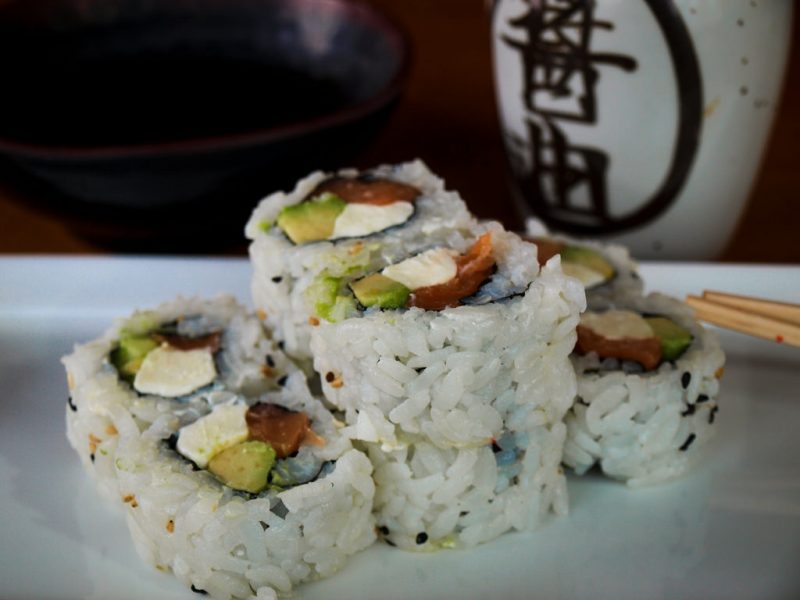 The story goes like: In the 1960s, a Japanese chef in California couldn’t get hold of the fatty appeal of tuna and found a perfect substitute in the vegetable aisle, Mexican avocado, which offers a similar texture and feel. It’s been subsequently used in the ‘California rolls’ since then. Though, avocado in sushi was the idea of a Japanese chef, it’s equally unique to the United States. And now, California rolls appear on almost every sushi menu around the world. 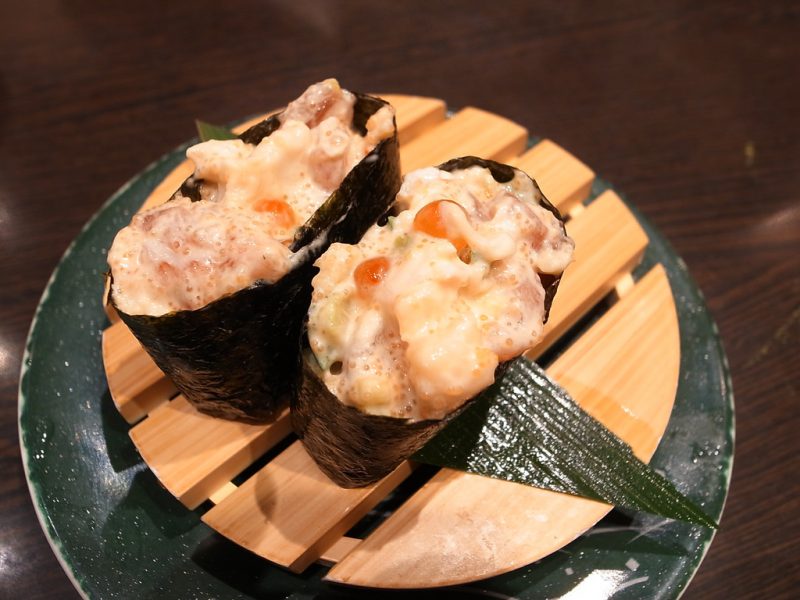 For those who think avocado is native to Japan, they are wrong. Avocado is a foreign ingredient in Japan and they don’t grow in Okinawa. Avocados are often referred to as the “butter of the forest” in Japan, thanks to their rich flavor and high calorie content. They actually comprise of more potassium per ounce than bananas by 60 percent. They have started making appearances in supermarkets in the late 1970s, mostly imported from Mexico. 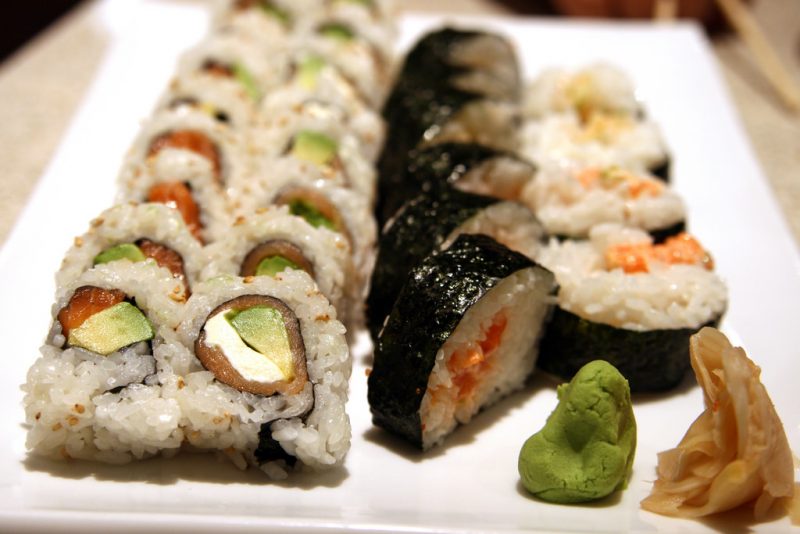 Since its implementation as a replacement for Toro, avocados have started appearing in many specialty rolls in Japan. And one of the first and most influential is the California roll, which is not really Japanese, but a western style of sushi, with avocado, cucumbers and crab in it. Then there’s Avocado roll, which is a plain simple roll with only avocado and rice as ingredients. 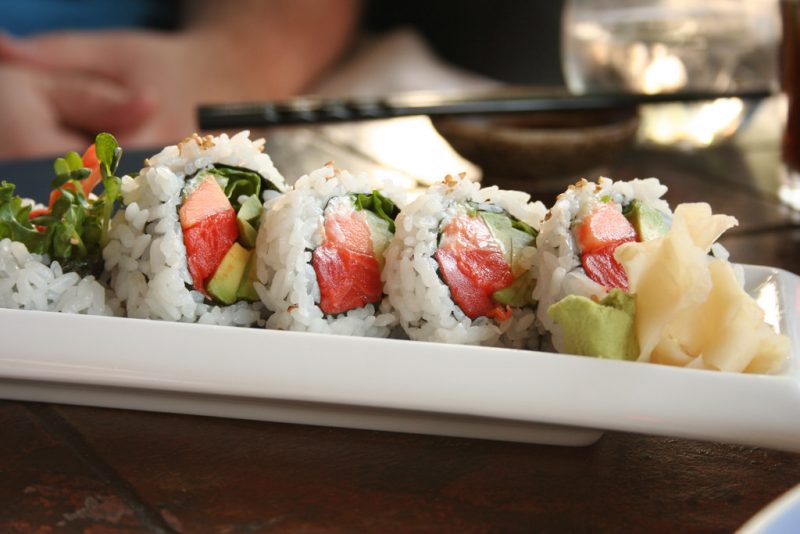 Sushi doesn’t have the same prevalence around the world as it is savored in its homeland, however, avocados in sushi can be found in a very few restaurants in Japan. Japanese cuisine is far more complex and broad than what you can find in the restaurants outside of Japan. One of the major differences is the scarceness of sushi rolls. When it comes to American sushi, the quintessential roll is the California roll, which inspires sushi chefs around the world. 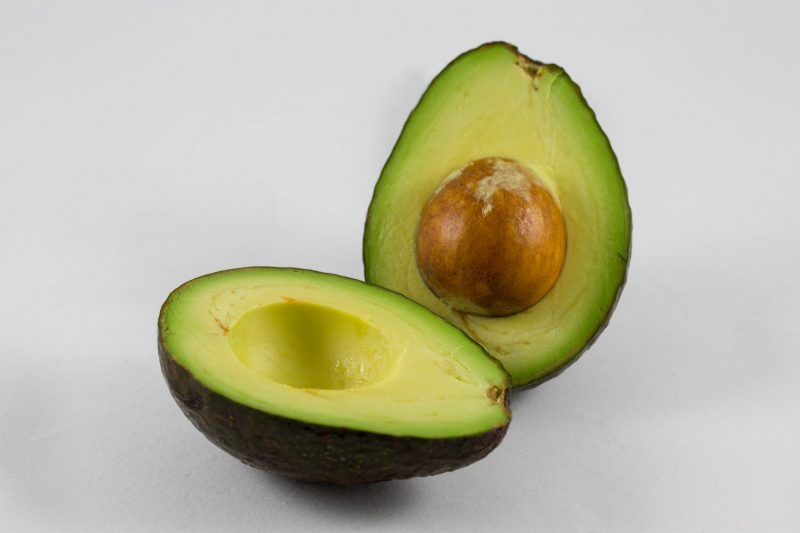 Apart from a key ingredient in sushi, the other culinary features of avocados are endless. This pear-shaped fruit can be used in a multitude of ways, such as a topping in salads and sandwiches. It makes for a good substitute for meats in sandwiches and cheese, for that matter. The most popular use of avocados is in guacamole dip or guacamole salsa.

Look at any Japanese menu in the western world, you’re surely to find avocado in most of them. An idea of a Japanese chef in Los Angeles has made its way to the world-famous California rolls, and inspired many chefs around the world.