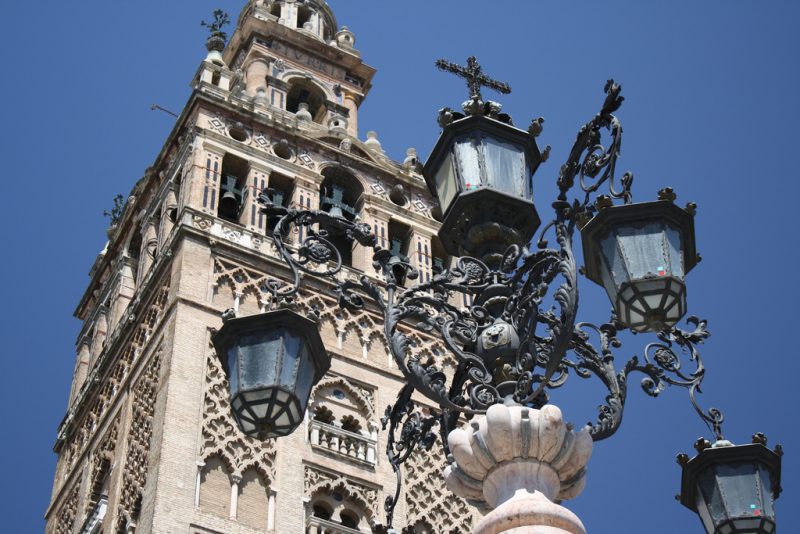 A country rich in artistic and historical architecture, Spain has stunning heritage and many different sites of interest that simply cannot be missed on a visit. Castles, grandiose palaces, converted ruins, emblematic churches and cathedrals, the sheer range and beauty is breathtaking. Spain is a country that captures the imagination, blending past and present in awe-inspiring splendor. 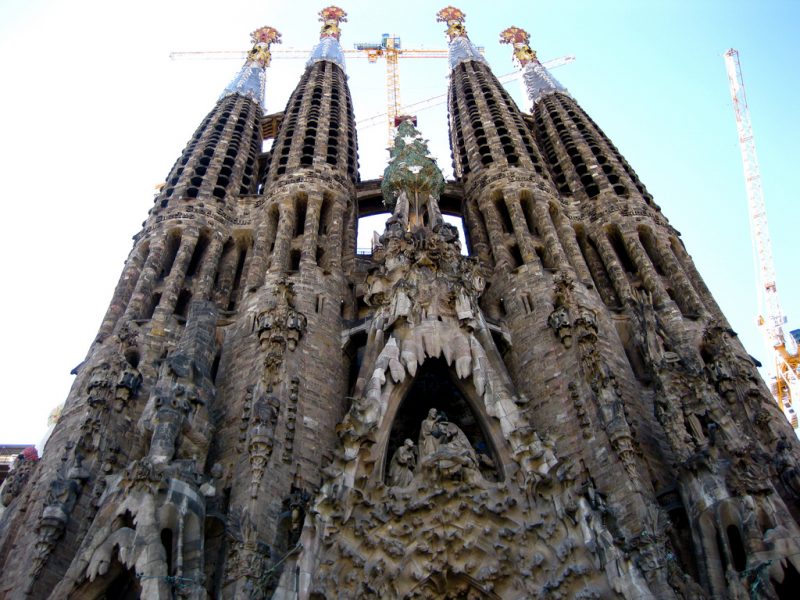 An emblem of Barcelona and all things Gaudi, this still unfinished church is one of the most unconventional and original you will ever see. One of architect Antoni Gaudi’s finest and most admired works, la Sagrada Familia has been under construction for over 100 years. It’s intricate designs and fanciful structure takes it far beyond Art Noveau into something entirely unique. It stands out as the perfect symbol of the city. 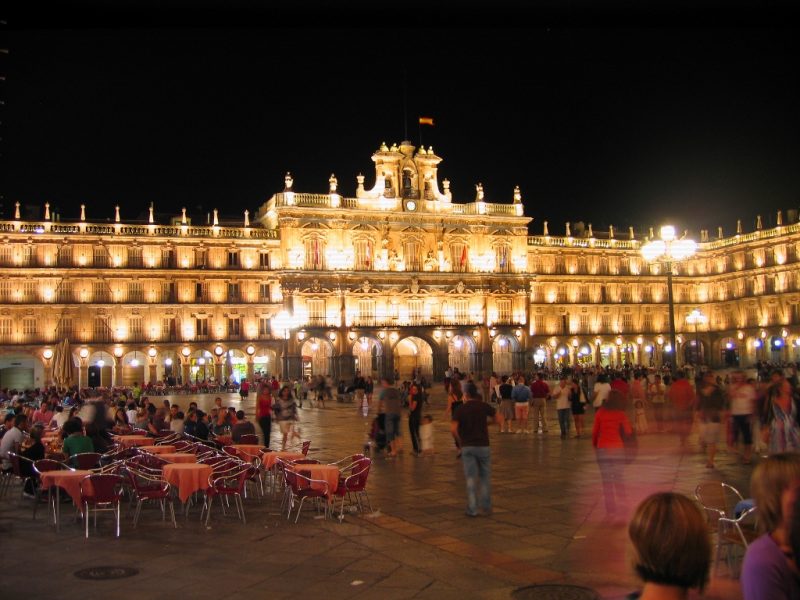 The sheer space and size of La Plaza Mayor in Madrid will take your breath away. Spending an afternoon here with a coffee is like stepping back in time. The architect, Juan De Herrara (who also designed El Escorial) was appointed the task by King Philip II in the 16th Century. The grand square has been the location for many ceremonial events over the years as well as bullfights, markets and now as the main heart of the Capital, it is still one of the biggest tourist attractions and a lovely place to stroll. 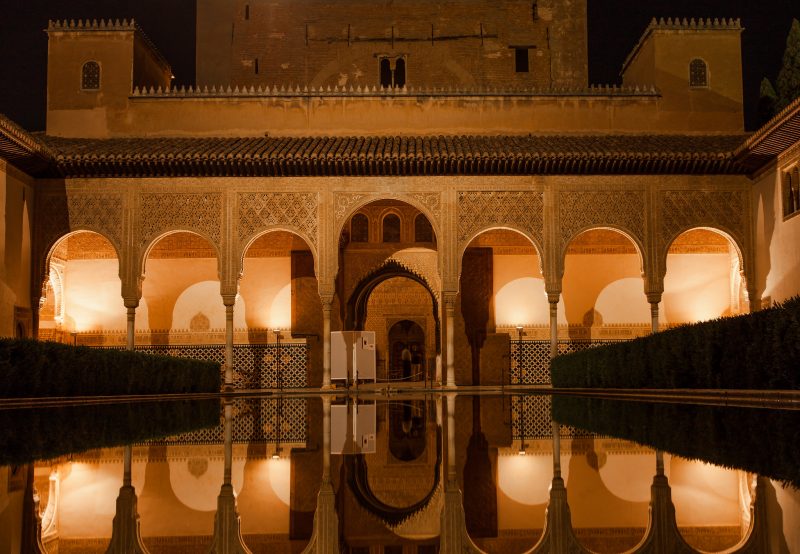 This Medieval Moorish palace is a one of a kind legacy to the Islamic past of Spain. A breathtakingly beautiful collection of buildings and gardens, the Alhambra complex is a representation of that time period when Andalucia (or Al-Andalus) was the symbol of culture and civilization in Europe. It was the royal palace of the Nasrid Sultans, rulers of the last Spanish Muslim kingdom.  It’s graceful arches, romantic gardens, tile-lined ceilings and overall sensuality and other-worldliness makes it one of the most spectacular monuments in the world. 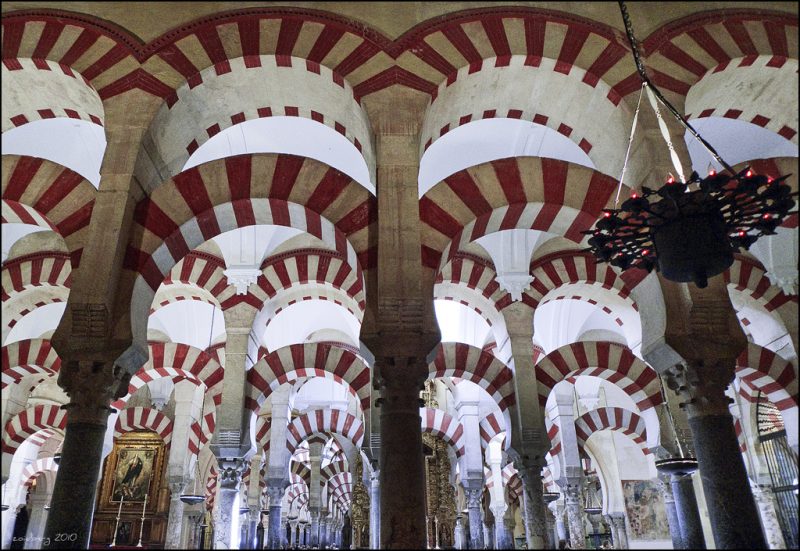 This great mosque ranks alongside La Alhambra as some of the finest examples of Islamic architecture in Europe. Once the principal mosque of Islam, it conforms to the Muslim tradition of buildings that appear to have plain, modest exteriors, however once inside this gives way to incredible opulence and intricate design. Perhaps best known for it’s forest of columns and terracotta and white double arches,  the Mezquita is reached through the Patio de los Naranjos, a courtyard filled with orange trees and fountains. The idea for the Mezquita began in 786 under the rule of Abd al- Rahman and has adapted well through various extensions and Christian additions throughout history. 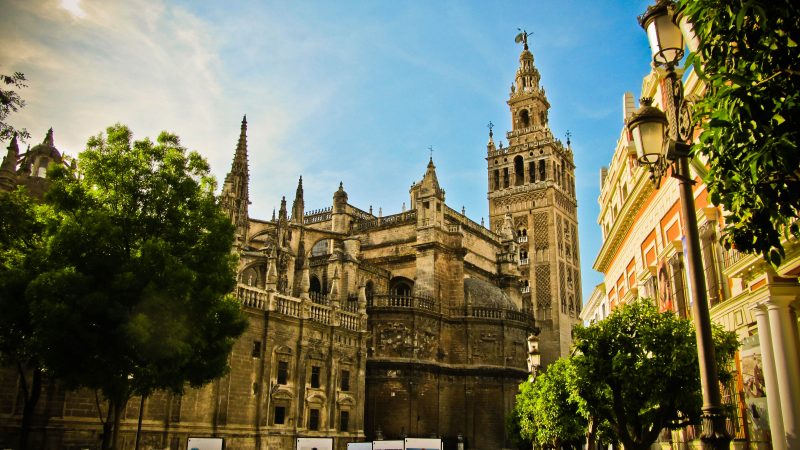 The Cathedral of Seville, the Alcazar and La Giralda tower form together as a UNESCO world heritage site. The Moorish Giralda tower is the truest symbol of Seville, and can be seen from pretty much everywhere in the city. It is more than 91 m high and needless to say the views from the top are outstanding. The cathedral itself is enormous, it is in fact larger than St Peter’s in Rome. The Cathedral began construction in 1401, essentially in the Gothic design with a simplicity and balance to the decoration inside.

Opposite, the Alcazar palace is another great example of Moorish architecture. Begun in 712, much of the design seen today dates from the 1300s and represents the Mudejar (ornate neo-moorish style). A sun-filled afternoon spent wandering the beautiful tiled rooms and lush gardens is not to be missed. 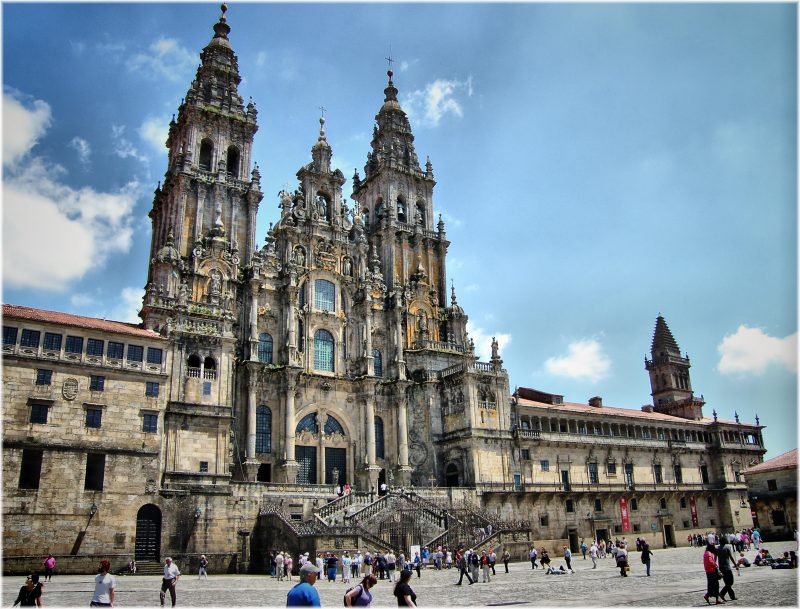 The goal of pilgrims since the middle ages, this cathedral marks the culmination of the famous Camino de Santiago (pilgrimage to Santiago de Compostela). Constructed between 1060 and 1211 the cathedral is a monument to early Romanesque architecture, still seen purely in the design of the interior. The exterior was transformed in the Baroque style in the 16th and 18th centuries and both time periods are apparent in the blended design of the cathedral. Awe inspiring in all senses do not miss the elaborate Capilla Mayor built above the Apostle’s tomb. 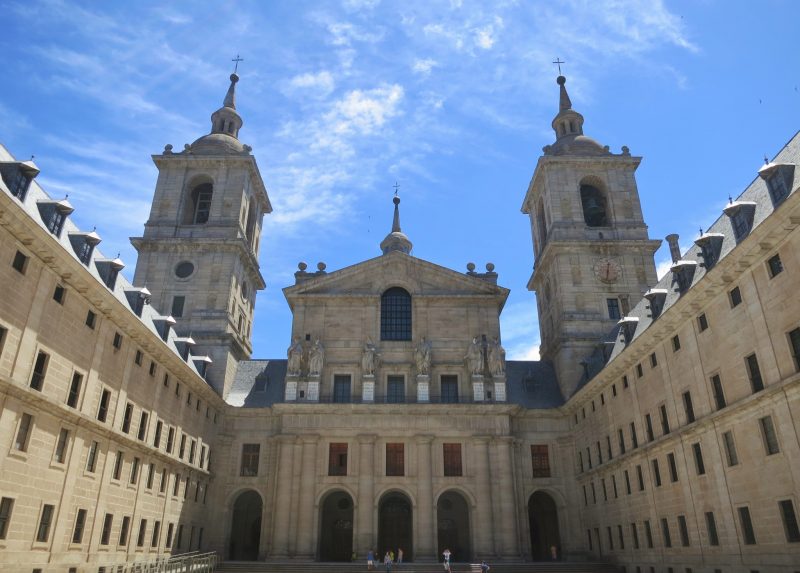 The summer home of the Kings of Spain, the Escorial was conceived in 1563 as a monument to King Philip II and his reign. There are 16 courtyards around which the complex is built, connected by 16 km of corridors. Designed by Juan de Herrera (who later was chosen as the architect of La Plaza Mayor in Madrid), the complex includes a monastery, church, museum, library and mausoleum. The Escorial is home to some incredible works of art with valuted and frescoed ceilings, fine paintings by masters such as El Greco and Velazqeuz and rare furnishings. At it’s heart is the church, where you can find a 30 m high jasper and red marble retablo.

This cathedral was designed in the pure French Gothic style of the great cathedrals of Paris although inside it has many decorative Baroque and Renaissance elements also. It is a world heritage site as declared by UNESCO in 1984. The cathedral construction was started in 1221 and not completed until 1567. Worth a mention is the fact that El Cid was buried here in 1919. The altars, chapels and monuments inside are of impressive artistic merit and historical interest. 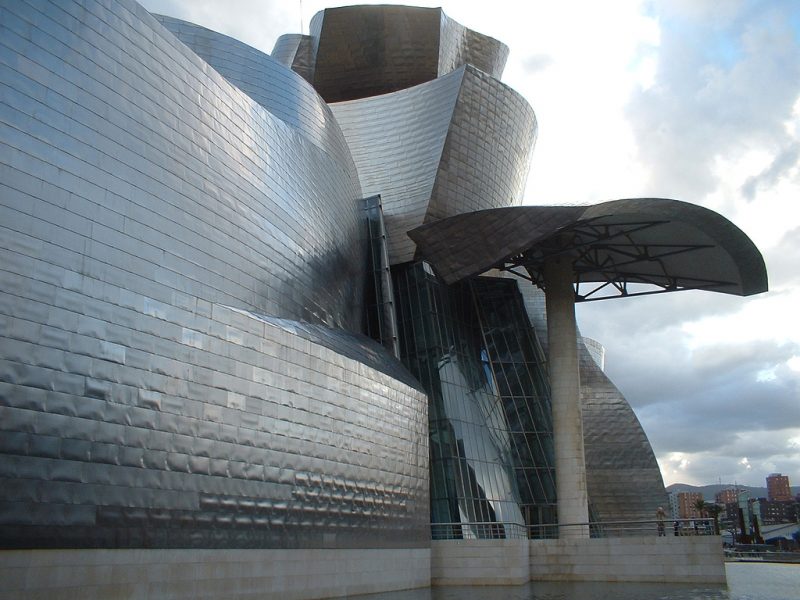 From the ancient to the contemporary, this building needs to be seen to be believed, and not just in a photograph. Canadian – American architect Frank Gehry designed this masterpiece and it was completed in 1997. It has been hailed as one of the most spectacular buildings in the world. Gehry used limestone and undulating sheets of titanium to create the effect of the curves, which have been designed to catch the light. Integrated perfectly into its urban context in the heart of Bilbao’s industrial center, The Guggenheim is home to changing art exhibits often large scale installations by contemporary artists.

10. The White Towns of Andalucia 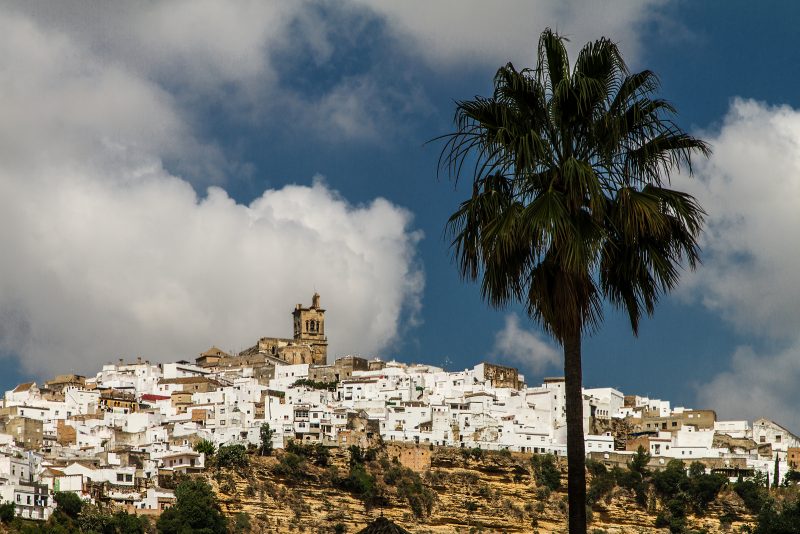 Although a collective display of architecture rather than a stand alone monument, the pueblos blancos (white towns) of Andalucia are a beautiful example of the simplicity and characterful Moorish style narrow streets and buildings. The white towns were in fact very important strongholds of the conquest and steeped in rich history. The best way to explore them is to spend time getting lost in their tangle of narrow cobbled streets, admiring the flower-lined balconies, dark interior patios and sudden sweeping vistas as you round a bend. Towns not to miss: Arcos de la Frontera, Vejer de la Frontera, Ronda and Medinia Sidonia.