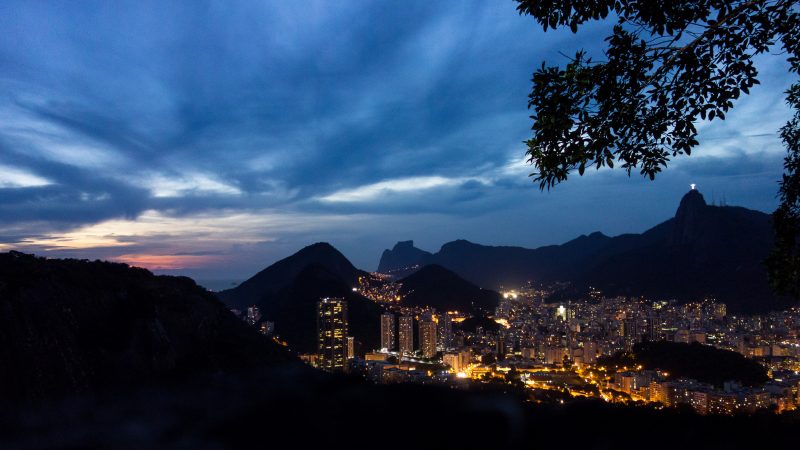 Brazil is a large melting pot of various nationalities from all around the globe. The mixture of history, tradition, and different cultures created a unique environment and very interesting cuisine. So once you get to Brazil, you will be able to enjoy a variety of dishes and meals prepared with love and care.

These coxinhas sem massa from @noocachacaria in #Rio are making us hungry! Noo is just one… https://t.co/WdEntB0y6h pic.twitter.com/81Sawztajh

These fried potato-like balls are filled with chicken and cheese and once you bite in, you will see how creamy and amazing they are. This dish is quite easy to make when you get back home so make sure you write down the recipe while you are in Brazil. This meal reminds tourists of mac and cheese and it is a go-to food for the pickiest eaters.

Make sure to have some Pao de Queijo (Cheese Bread) as your side! #brazilian #churrascuria pic.twitter.com/uy0aulzePt

If you are allergic to gluten, you should skip this one. On the other hand, if you want to enjoy a traditional Brazilian side dish that is quite unique, head out to the nearest restaurant and order Pão de Queijo. They are small breads filled with creamy cheese and they are unlike anything you’ve tried before.

Açaí is a popular smoothie ingredient but they are very rare in the western countries. Yes, you can find açaí powder in healthy food stores and that is it. However, you will be able to try smoothies with fresh açaí while you are in Brazil. So if you love eating fruits, make sure you check these out. Açaí has all the vitamins and minerals you need and they are excellent for re-energizing your body.

With so many fresh coconuts around, it would be a shame to miss out on a coconut dessert while you are in Brazil. These truffles are very simple but extremely delicious. They are a combination of butter, milk, and coconut. Children absolutely adore this dessert and you will love it as well. You can surely indulge in these sweets guilt-free while you are on your holiday.

Bauru,looks like your typical American sandwich but trust me it's not. pic.twitter.com/0zC549V3et

If you are into meals that are quickly prepared, bauru is something you need to try. It is a standard sandwich but it has more ingredients than usual. Roast beef gives this combination that something. Roast beef is combined with cheese, vegetables, and pickles, depending on a restaurant. It might look like an everyday sandwich but it is an explosion of taste in your mouth.

These are the black eyed peas which are usually filled with shrimp and cooked in palm oil. All of the ingredients are typical for Brazil and this dish is a true representative of the diverse cuisine you can find in this country. It will remind you of falafel but it is million times better.

Salpicão simply looks amazing. It is a colorful dish that is also very healthy – it is made of chicken, carrots, raisins, apples… You name it. Olives will add a dash of seaside feeling and potatoes will make you feel full in no time. It might look like an usual chicken salad but it has so much more ingredients which will make this meal your new favorite.

This is an impressive layered dessert that combines a variety of fruits and chocolates in order to create a sugary bomb for your taste buds. The standard pavé recipe includes lemon, coconut, orange… And when combined with dark chocolate, these fruity flavors really stand out.

Feijoada is a traditional black bean stew. It has been around for ages and each chef has something else to add to this combination to make it taste differently. Beef is also a key ingredient but it can be mixed with any meat you want. Chili is obligatory and it adds a dash of bitterness to this dish.

Believe it or not, feijão tropeiro is a combination of pinto beans with eggs and bacon. It might look a bit strange but once you start eating you will see how great this mixture really is. A variety of vegetables can be added to this meal in order to make it even more interesting but it is quite awesome as it is.

@camilacabello97 Farofa! It's like a spice, you can put the beans in the flesh of a special taste in food pic.twitter.com/iAjrOrzcuM

Farofa is something you have probably never tasted before unless you’ve visited Brazil previously. Cassava flour is the main ingredient but it can be combined with eggs, vegetables, bacon, and so on. The recipe is quite simple – cassava flour is fried and combined with the ingredients you want to include in order to create a spectacular dish.

This chocolate dessert is simply magnificent. It is tasty, delicious, sugary, and it is everything you want from a sweet treat. It is made of chocolate, milk, and sprinkles. This ball of chocolate goodness will provide you with plenty of energy and since it is very easy to put together, you should definitely try to make your own version once you get back home.

This casserole is a mixture of pretty much anything. It is usually made of chicken, but any meat can be used, including beef and shrimp. The rest of the ingredients are olives, corn, beans, cheese… It is very creamy and you will enjoy all the flavors when you eat it fresh and straight out of the oven.

Coxinha is a typical Portuguese meal but it was perfected in Sao Paulo. It is made of chicken and the outer layer is made of wheat flour. The dough is molded in order to resemble a chicken leg and it is usually served alone with a salad. If you decide to make this dish at home, you can experiment with the ingredients and create a vegetarian version as well.

Pé-de-moleque is a quick snack that can be eaten on the go. It is very sweet and made of peanuts and molasses. They are mixed together with brown sugar and it connects all the nuts together, creating an energy bomb that is a perfect pick-me-up food for those of us who need a sugar fix every now and then.

This cheese comes from Northeastern Brazil and it is a favorite among the tourists who visit this country. It can be served with other dishes but it is usually eaten alone. It is a refreshing beach snack that can be consumed while you sunbathe on the Brazilian shores. They are sold almost everywhere and you will have no trouble finding it.

This soup originated in Brazil and the Caribbean. It is a mixture of various vegetables with tripe as the main ingredient. It should be cooked slowly and it takes a lot of skill to perfectly balance all the flavors in this soup. Practice makes perfect so make sure you order it in one of the more prominent restaurants because they know exactly how to make it.

Caipirinha is the most popular cocktail in Brazil. It is refreshing, light, and very tasty. Caipirinha originated in Sao Paulo and it is a mixture of cachaça, lime, and sugar. There are numerous versions of this cocktail with some additional ingredients but the original has only these three in a single large glass.

This dessert is prepared almost like a cupcake in special molds. It is made with three ingredients only and it is very simple. However, the combination of sugar, coconuts and eggs is absolutely divine. The dish itself looks gorgeous – the bottom half is completely roasted while the outer layer remains glossy and slick.

Brazil has its own version of French fries and it is called cassava. It is quite the same in most places, but it can be fried and served with various spices that will make cassava taste even better. They are most commonly served in pubs as a side dish with beer, or in restaurants as an appetizer.

If you happen to visit Brazil during Christmas, make sure you try rabanada. It is a sweet bread that is sprinkled with cinnamon and it will give you that holiday feeling because cinnamon is a symbol of winter days and the most festive time of the year. It is a simple and delicious meal you can make easily on your own.

This traditional Brazilian meal comes from the south eastern parts of the country. It combines various sea foods with other ingredients such as coconut milk and palm oil in order to create a stunning fish stew you will absolutely adore. This dish is amazingly complex and different chefs add different ingredients to make it taste even better.

Fios de ovos originated in Portugal but it found its way to Brazil as well. It is made of egg yolks cooked in sugary syrup in order to give it additional sweetness. It can be eaten alone or it can be added to cakes and other desserts in order to intensify the taste or decorate them.

Cashews are very popular in Brazil so it comes as no surprise to see that these nuts are frequently used in making various desserts. Cajuzinho is a combination of cashews, peanuts, and sugar. These ingredients are mixed together in order to make tiny but incredibly tasty sweets that are sparkled with coconut flour once they are done.

Bolo de rolo is one of the most distinctive Brazilian desserts, especially because it is made of guava. It is a variation of a Portuguese sponge cake but it has more ingredients and it is undoubtedly even sweeter that the original. It looks like a Swiss roll but it is far better.

Brazilian foods are quite unique and they will make you fall in love with this country. The cuisine itself is spectacular and you will taste incredible food combinations you thought were almost impossible. So if you happen to be in Brazil, make sure you check these meals out – they will blow your mind.