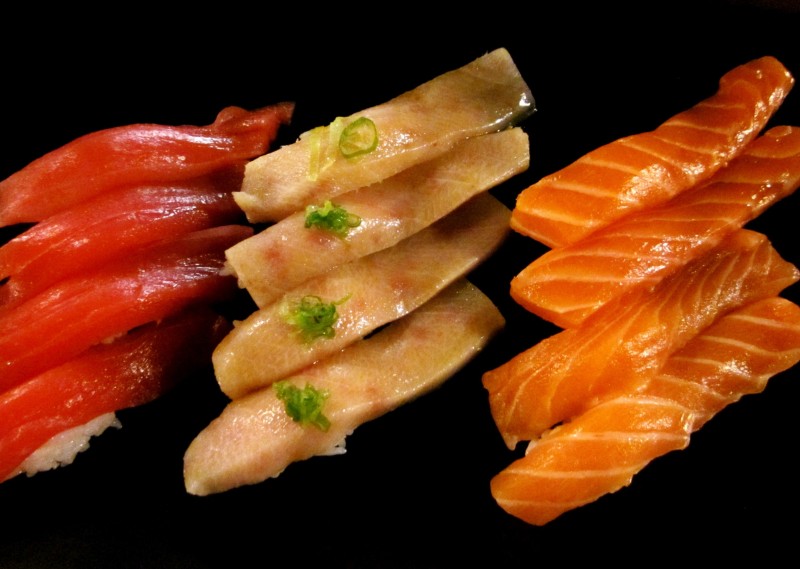 Japan has some of the most delicious cuisines in the entire world. No matter what dish you choose, it will be so good that you will end up craving for more! Check out this mouth watering list that introduces the best 15 foods you absolutely have to try while in Japan! 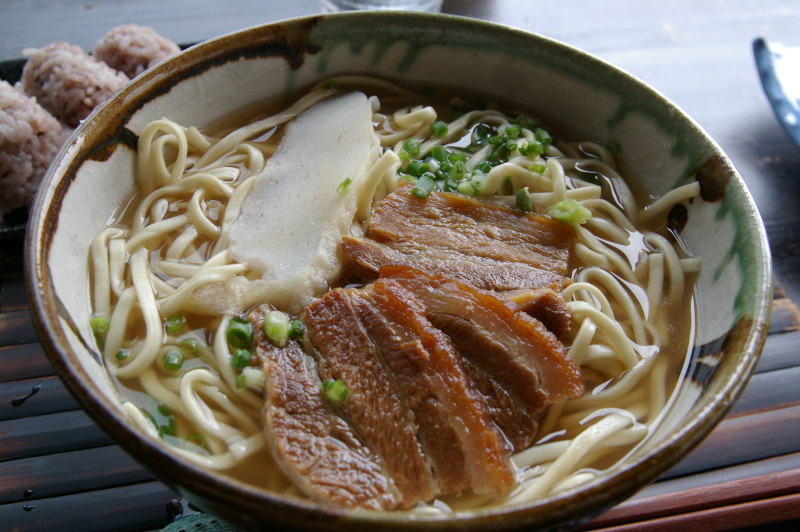 Soba are thin buckwheat noodles that are extremely popular in Japan. They can be served in a soup made from soy sauce, sugar, mirin and fish stock or cold next to a dipping sauce. Topping include green onions, vegetable tempura or fried shrimp.  Soba noodles can be found at many inexpensive restaurants but there are also high class one that serve this dish. 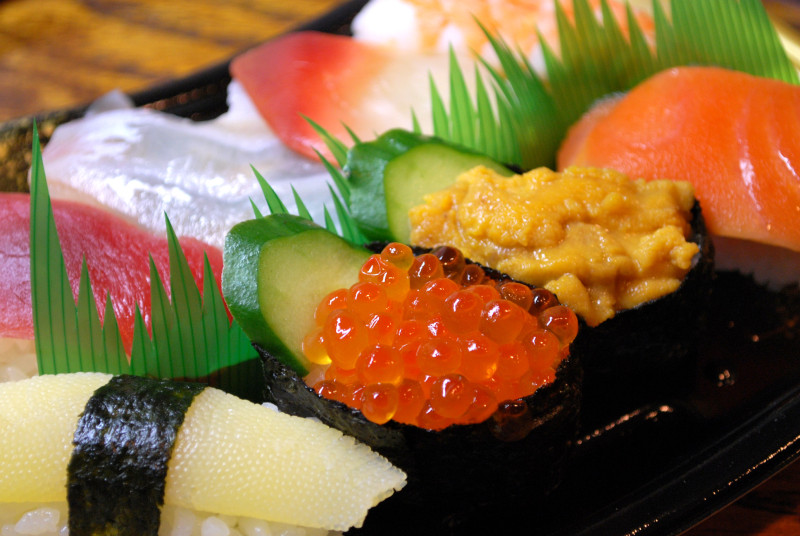 Sushi is maybe the most representative food of Japan. It is mainly dived into two categories: sashimi, which means raw fish slices on a small bed of rice and maki sushsi, referring to a kind of sushi that is rolled by hand, often together with cucumber, surimi or other ingredients. There are several ways to enjoy sushi: in lunchboxes at convenience stores, at kaiten sushi bars or at restaurants. 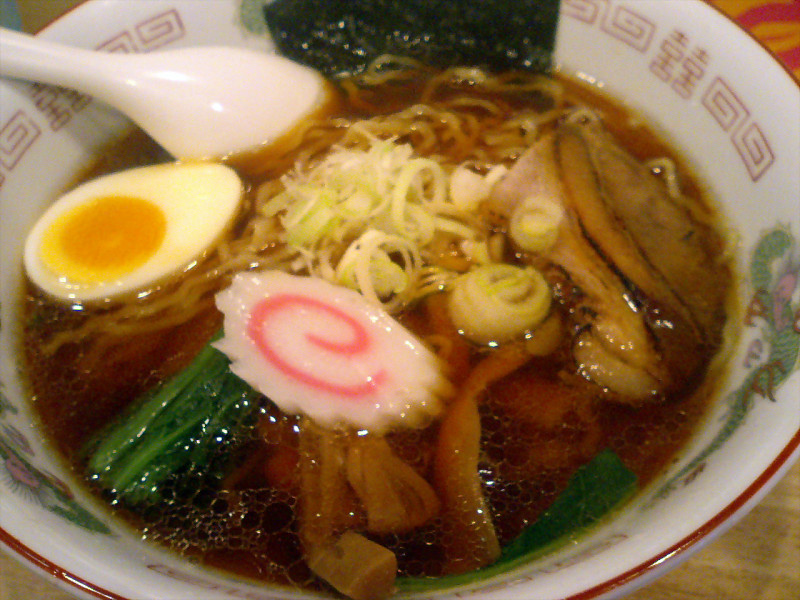 Ramen are wheat noodles served in a hot soup, with toppings such as pork slices, fishcakes, boiled eggs, green onions or seaweed. The dish is of Chinese origin, but was modified to fit the taste of Japanese people. The most popular kind of ramen is shoyu ramen  ( soy sauce flavored ramen ). Most of the regions in Japan have their own varieties of ramen. 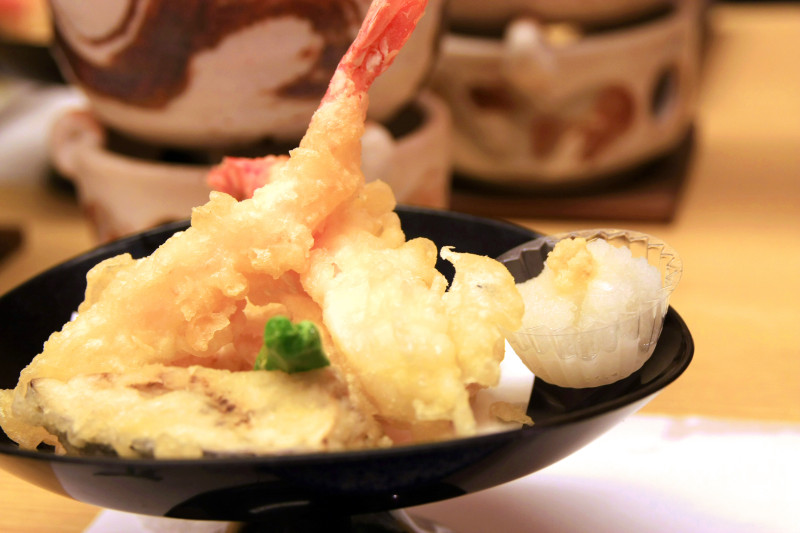 Tempura refers to vegetables or seafood deep fried in a special batter made from soft wheat flour and cold water. It is served on or next to different dishes like soba or as it is with a dipping sauce. Many restaurants offer tempura as part of a set menu, next to various other dishes. It is also popular in bento boxes (japanese lunch boxes). 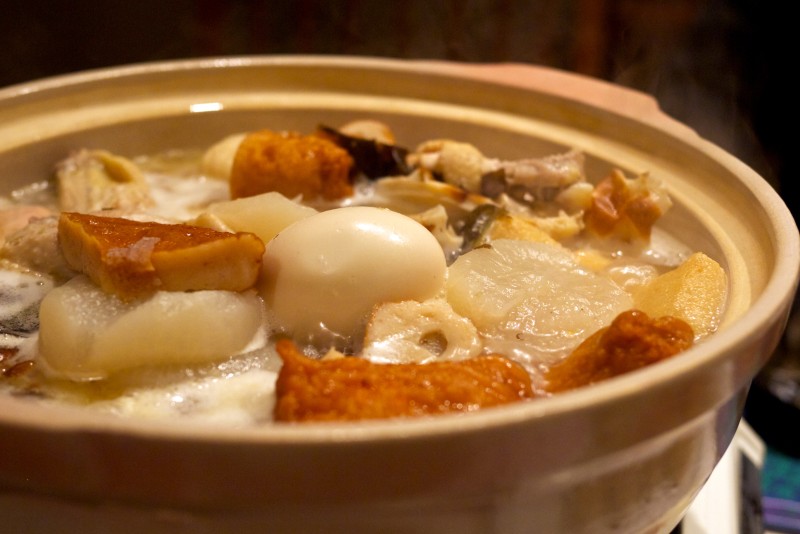 Oden is a traditional winter dish. It consists of several ingredients like boiled eggs, potatoes, tofu, daikon radish, konnyaku and fishcakes boiled in a flavorful borth made from fish stock, mirin and soy sauce. The ingredients and flavors often vary by the region. Besides restaurants, you can find oden at most convenience stores, boiling in big recipients. 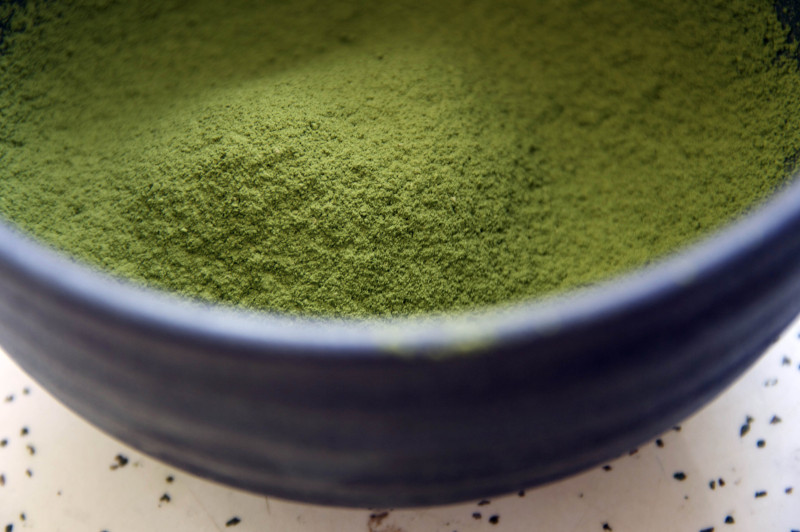 Match is a fine powder obtained from green tea. In contrast to the usual green tea, tea for match is grown in shade and the stems and leaf veins are removed when being processed. Besides being served as a regular tea, it is used in many other products like chocolate, wafers, cookies or ice cream. It is also a popular ingredient of Japanese traditional sweets such as manju, monaka, dango or mochi. 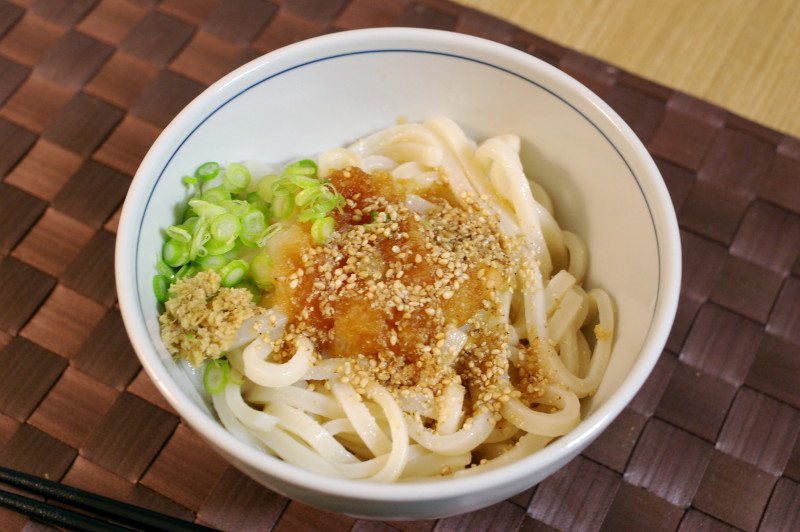 Udon are thick wheat noodles usually served in a hot soup made from soy sauce, mirin and fish stock. Toppings include: chopped green onions, tempura or aburaage (deep fried tofu). But as for the other types of noodles, flavors and toppings differ by region. They can also be served cold, as zaru udon, next to a dipping sauce. 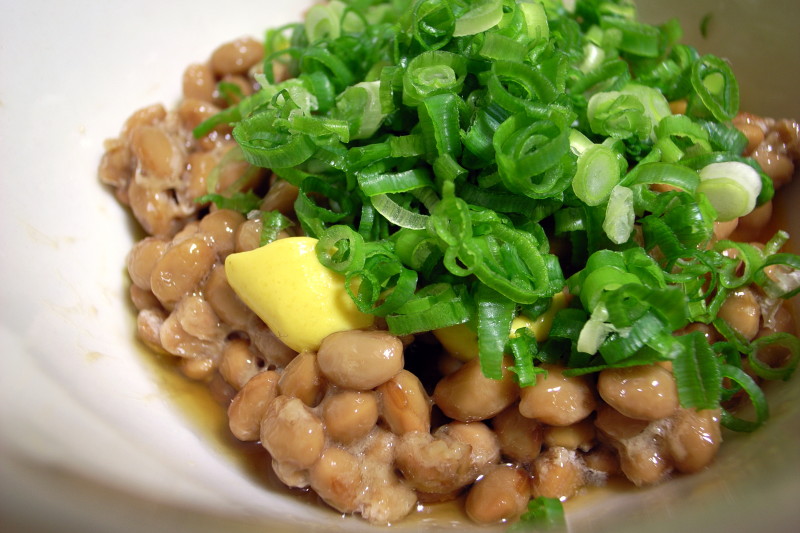 Natto are fermented soybeans that can be eaten in a variety of forms: as is, over rice, in a salad or added to various dishes like sushi or soups. Because of its specific smell and the fact that it produces long strings when stirred some people avoid eating it, but we definitely recommend trying it! You will not regret it! 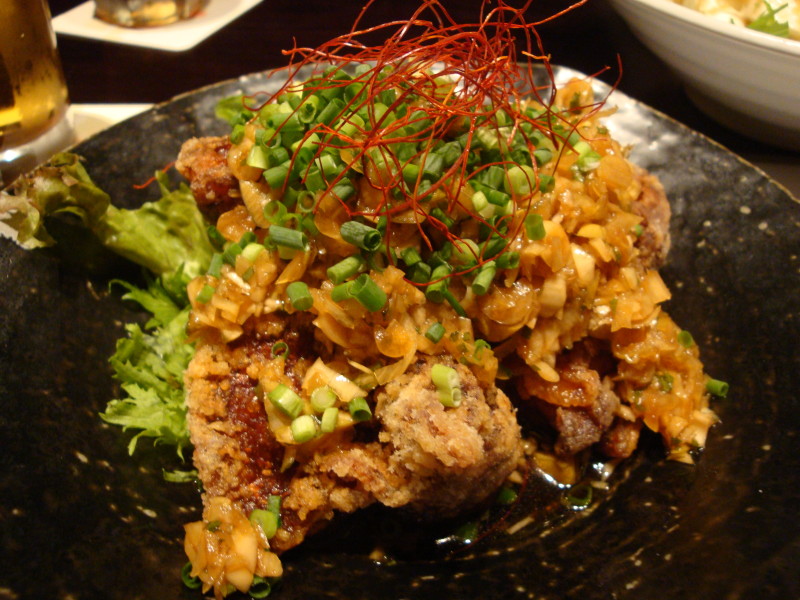 Karaage refers to deep fried chicken thigh. The chicken is first marinated, then dipped in a light coat of flour or corn startch and fried. It is most often served with a dipping sauce next to cabbage and a slice of lemon. A very popular street food, you will literally find it at any convenience store, supermarket, restaurant or street food stall. 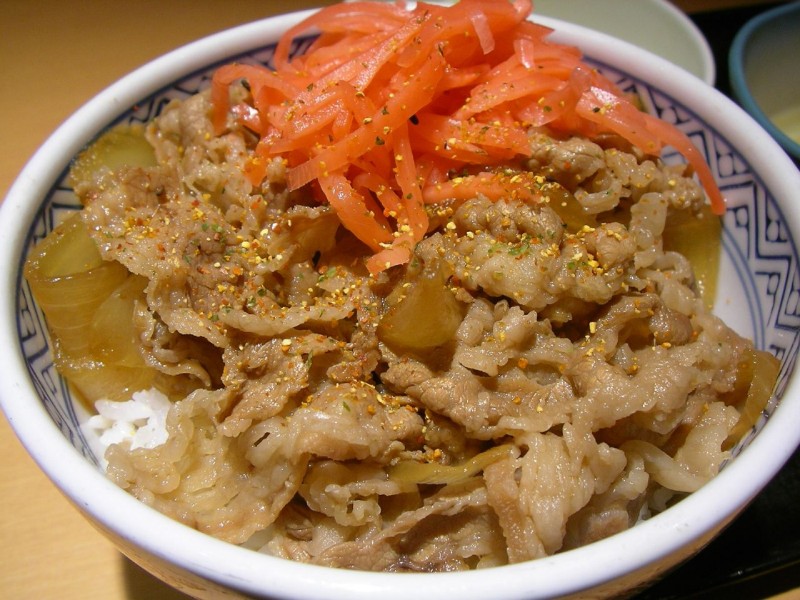 Gyudon is a type of rice bowl dish that consists of slices of beef and onions cooked in a soy sauce broth and then served on the top of rice. Is is often topped with chopped scallions, pickled ginger and sometimes a raw egg.  It is one of the cheapest foods in Japan, with many restaurant chains like Sukiya and Matsuya concentrating only on it. 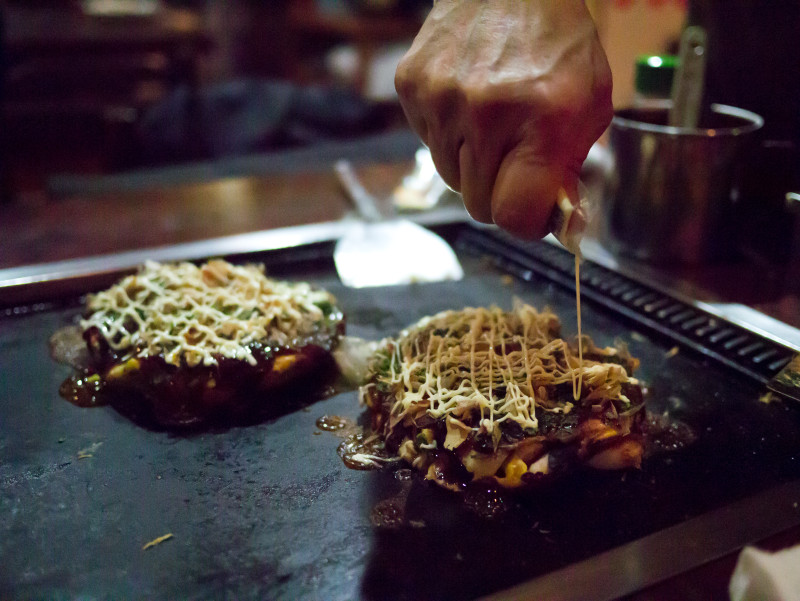 Okonomiyaki is a Japanese style pancake that can be made from different ingredients, most often cabbage, pickled ginger, potatoes, seafood and meat which are added to a batter made from flour and eggs. The pancake is then fried and topped with mayonnaise, a special sauce, chopped green onions, bonito flakes and more ginger pickles. It is very popular in Osaka, to the point of being called “Osaka soul food”. 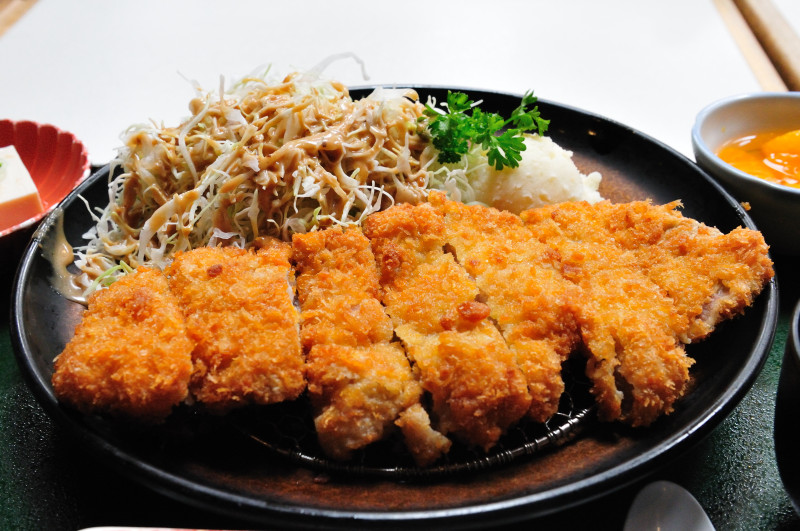 Tonaktsu refers to pork cutlet dipped in flour, beaten eggs and panko (Japanese breadcrumbs) and then deep fried. It is often served next to shredded cabbage but is also a popular sandwich filling. A derived dish is katsudon, which is made by boiling the tonkatsu in a broth with onion slices and serving it on top of rice. 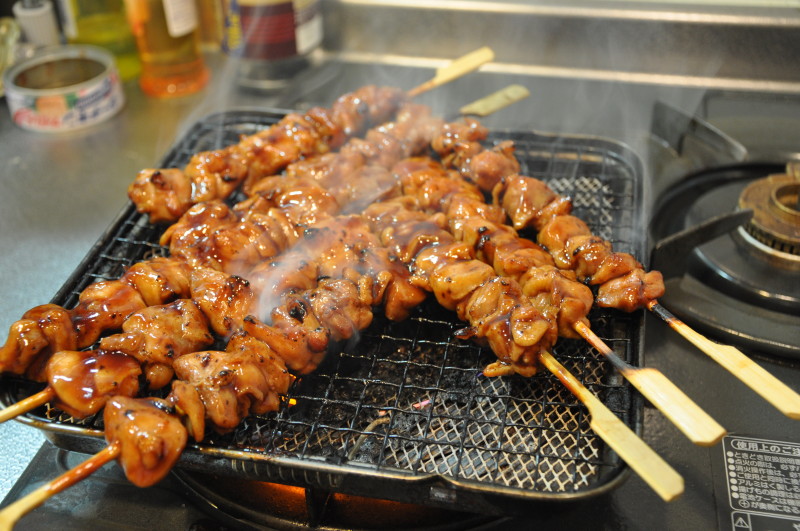 Yakitori are chicken skewers grilled over charcoal. There are several types of yakitori, but the most popular are mode from: chicken breast, chicken thighs or chicken skin. Sometimes other ingredients like onions are added to the skewer. After grilling, the skewers are based with a special sauce made from sugar, mirin, sake and soy sauce.  It is a dish very often sold at street food stalls. 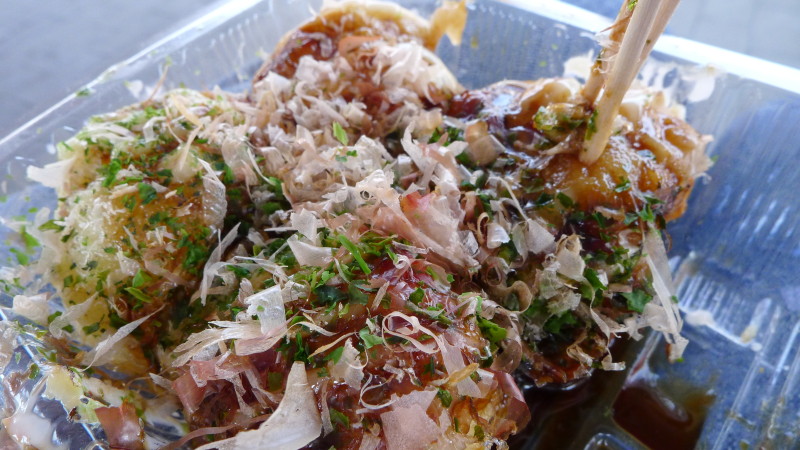 Takoyaki are ball shaped snacks filled with octopus pieces. The octopus is battered and then fried in a special takoyaki pan that has rounded indentions. When done, the pieces are basted with takoyaki sauce (something similar to Worcestershire sauce), mayonnaise and sprinkled with seaweed and bonito flakes. The Kansai area, especially Osaka is very popular for this dish as it originated from there. 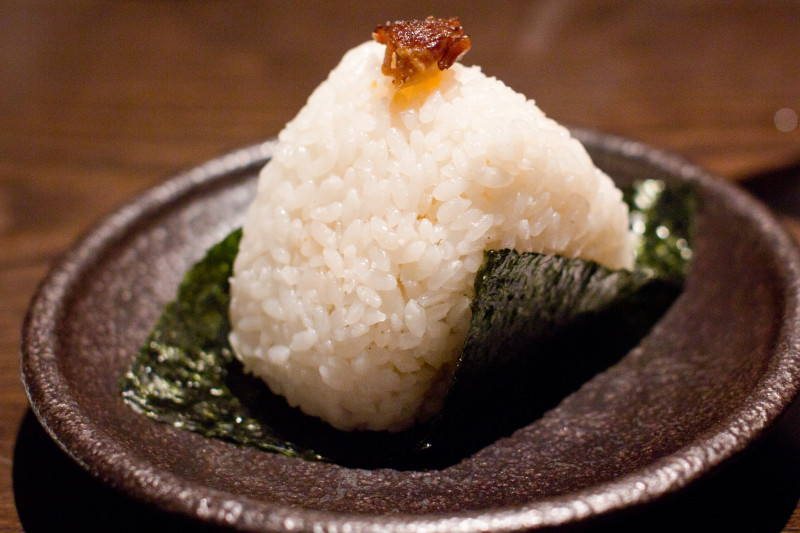 Onigiri are rice balls filled with various ingredients such as raw or canned fish, mayonnaise, chicken or pickled plums. The balls are then wrapped in a nori seaweed layer. A lot of delicious new onigiri types recently appeared, like ham and cheese onigiri or okonomiyaki onigiri. These little rice balls can be found in any Japanese supermarket or convenience store.

Enjoy Japan’s delicious cuisine! Have a good trip and travel!

Top 10 Things To Do Your First Time in Kyoto