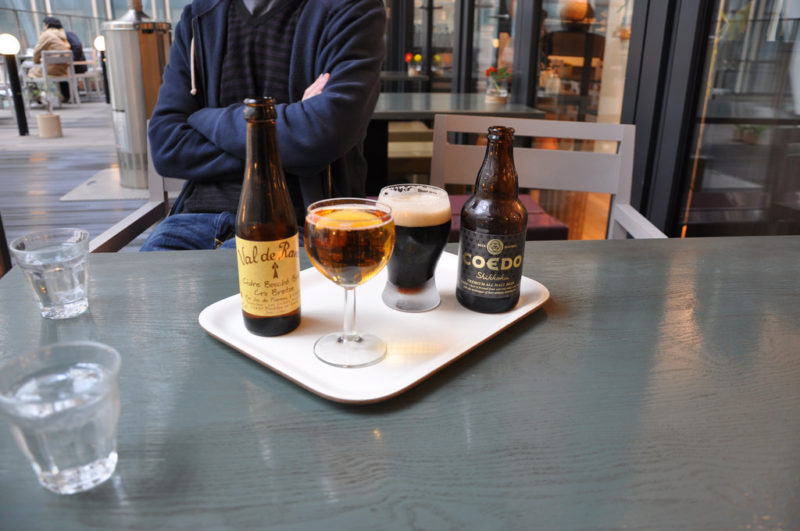 It is no secret that Japan is a unique country different from the rest of the world. Japanese people have a whole set of customs and rules that apply even to drinking. This article presents you 15 things to know about drinking in Japan.

1. It is impolite to drink while walking on the street

The Japanese usually never drink when walking on the street. Not only you can spill your food on others, but it is also dangerous for yourself because you are not paying proper attention to food and you can choke. This rule is sometimes broken during festivals, but even so, you should find a place where you can sit down and eat peacefully.

2. Never pour drinks for yourself

The Japanese tradition says that other people have to pour the drinks for you. It is courtesy to pour drinks for each others. You will also notice that subordinates always do this for their superiors. When someone pours a drink for you, keep the glass with your both hands and try to pay attention to that person. 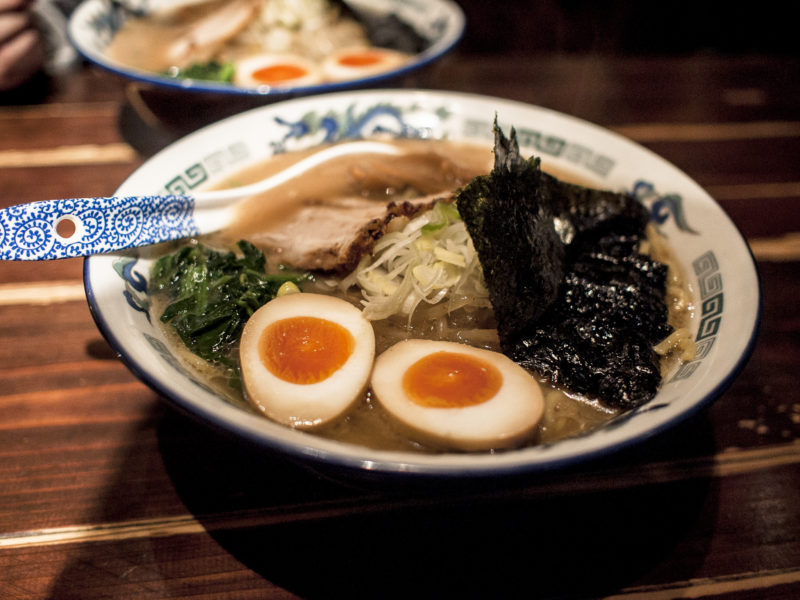 Ramen noodles go perfectly with drinks. The Japanese have a habit of eating ramen after drinking. This is because the liquid intake makes people crave salty and fatty food. And the salt will make you want to drink again.

In Japan, drinking is a form of bonding. You will often see that people go together for drinks immediately after leaving work. You might ask yourself why not rest after and save the drinking for the weekend? This is because in Japan the group culture is very important, and going for drinks with your coworkers will help the group stick together.

5. Drunk people on the train 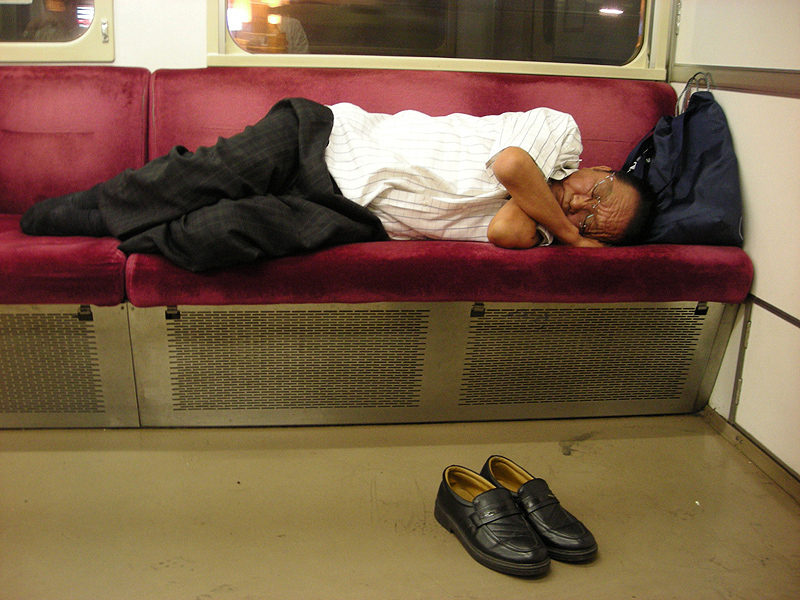 Some people will go overboard with the drinking. It is not a rare sight to see drunken people on the train in Japan. But you should keep in mind that this is not a socially accepted behavior. Try to avoid becoming one of those people!

6. Making noises while drinking is not impolite

While in other countries loud gulping is considered rude, this is not the case in Japan. When making noises while drinking, you are showing that you enjoy the drink. You will often see people making loud noises in drink commercials on TV.

7. Do not start drinking before your group

No matter how thirsty you are, try not to drink before the other people in your group. Wait until everyone finished pouring their drinks. Like said earlier, drinking is a bonding activity in Japan and should be done together with the rest of the group! 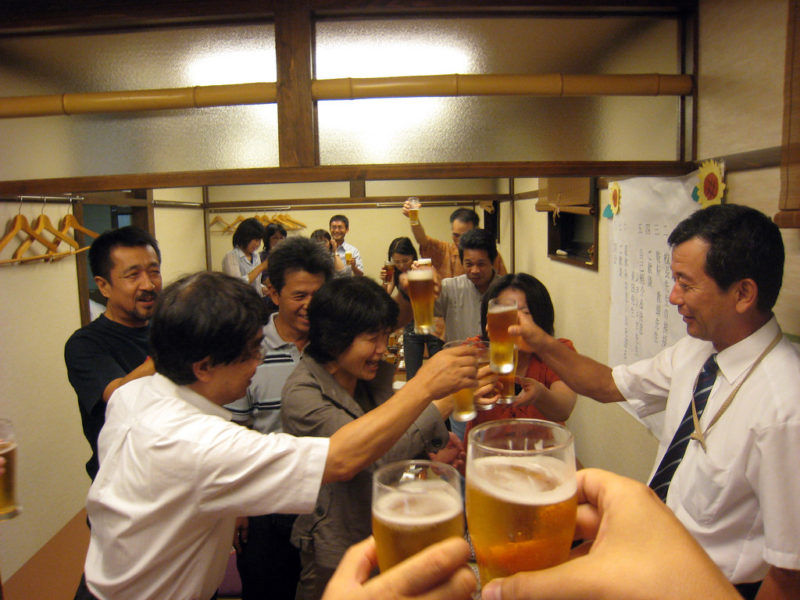 Toasting is a custom everyone follows before drinking. When drinking with a group, everyone will toast first and drink after. “Cheers” in Japanese is said “kanpai”. This custom applies no matter what kind of drink you have on the table – sake, beer, wine, anything.

The Japanese sometimes like to make beer chug contests. Chugging beer means gulping a whole glass or bottle in one gulp. This is a way men have fun in some countries and Japan is no exception. But while it might be fun, you do not have to do it if you feel you are not able to.

“Nomihodai” can be translated by “all-you-can-drink”. This is another way of having fun at a drinking gathering in Japan. Some establishments offer unlimited drinks for a certain price during an established time. You can try different drinks and enjoy them to your heart’s content! 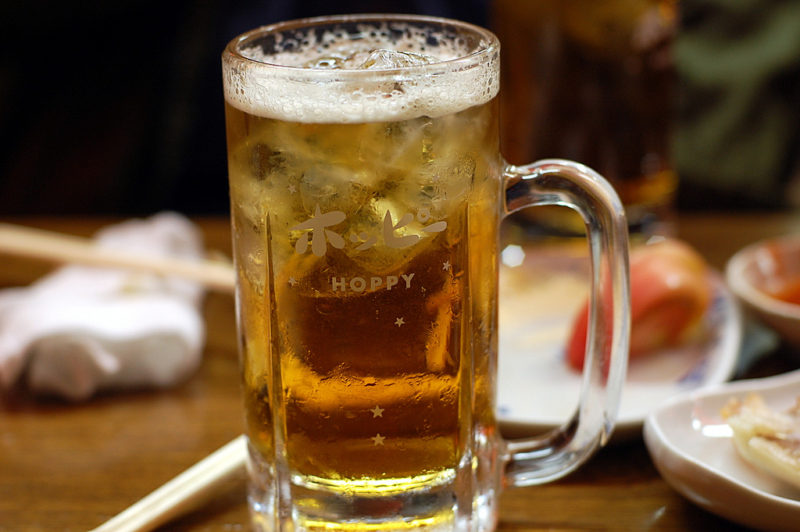 When drinking out with a group, there is a custom to order the same drink for the first set of drinks. This is again for better bonding – people feel like they are sharing something.  But no worries, you can order whatever you want after that.

12. Never drink from the bottle

You should never drink from the bottle. First of all, you would not respect the custom of pouring the drinks to other people. Secondly, the drinks are made to be shared. Someone might want to try what you ordered but might be drawn back by the fact that you directly drank from the bottle.

13. Turning down a drink

Turning down a drink is considered impolite in Japan. If you are full and you feel your stomach has had enough, never say this directly. Just leave your glass full. The people you are drinking with will understand and will not force you. 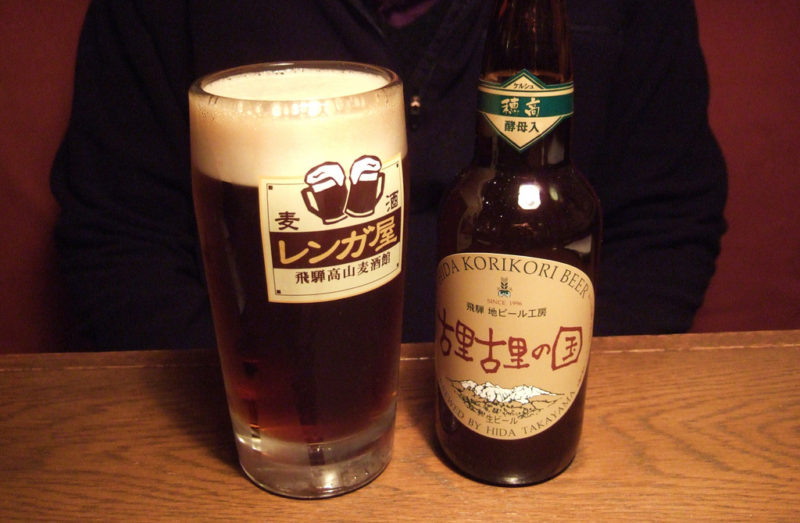 Teenagers in Japan are allowed to drink after their 20th birthday. Even if you are a foreigner and the laws in your country are different, you should still follow the Japanese rules during your trip. Getting caught will ruin your trip so why risk?

You will most probably come across sake while in Japan so be sure you know how to drink it. Sake is served in small ceramic cups and is enjoyed in small sips. Never gulp your sake in one breath! Also, before drinking, it is customary to take the cup to your nose and let the smell sink in before taking a sip.

15 Parks You Must Go in Tokyo

15 Best Seafoods to Eat in Hokkaido