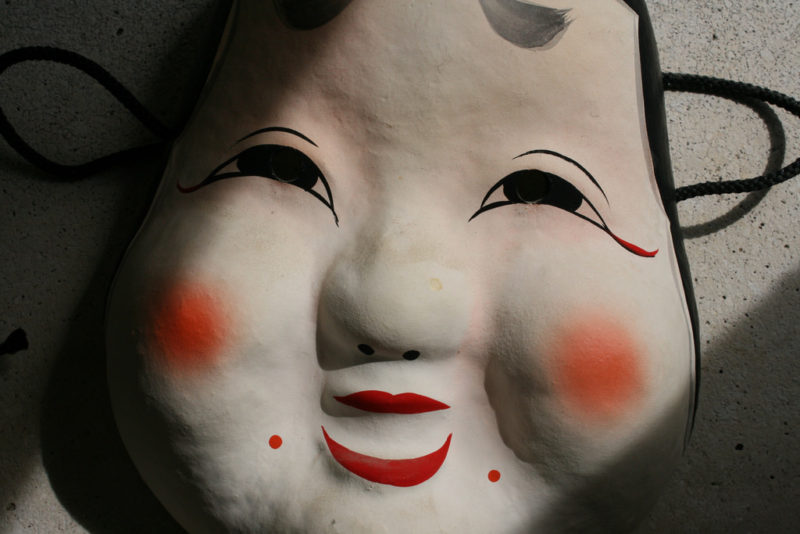 Kabuki represents Japan’s culture completely. We present you 15 things you must know about this type of art: from basic information to trivia.

Kabuki is a classical type of Japanese theatre. The exact reading of the word’s kanji translates as “the art of singing and dancing”. The word “kabuki” is believed to derive from the verb “kabuku”, which means “out of the ordinary”.

Kabuki dates back to the 1600s when Izumo no Okuni, a priestess at the Grand Shrine of Izumo invented a new style of dance performances. Her skill became popular right away and she was asked to perform at the Imperial Court. Kabuki ensembles consisting only of women were formed soon after. This form of art evolved over the years into a UNESCO Intangible Cultural Heritage. 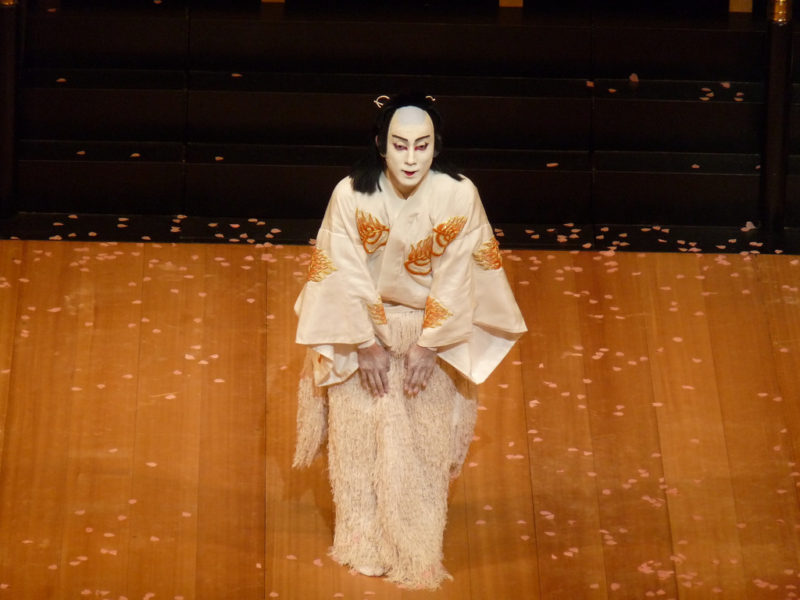 There are many types of kabuki performances, but they can be mainly categorized into two types: Kabuki Kyogen and Kabuki Buyou. Kabuki Kyogen have a storyline based on events that actually happened in the past, while Kabuki Buyou features dancing. Kabuki Buyou is recommended to people who are new to this form of art because there is no need to understand what is happening.

Unlike the beginnings of kabuki when the actors were only women, nowadays all the actors are men. Men play any kind of role – including female ones. It is very interesting to see how they manage to portray the opposite sex.

5. The actors inherit their stage name

The kabuki actors do not choose their own stage names. They are inherited, most of the time from their parents. But this is not always the case. Sometimes stage names can be inherited from other people, based on the actor’s skill and experience.

6. There are actors regarded as national treasures 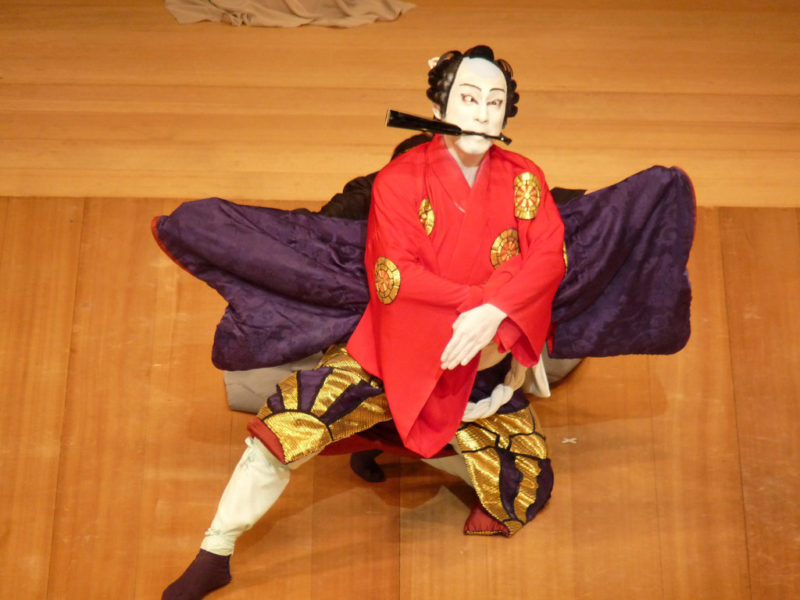 Makeup in kabuki defines a character. Red colors are used for good characters, while blue colors indicate an evil character. Also, characters that are not human-like demons and ghosts are characterized by extremely unusual makeup.

8. The same characters are used

In the stories depicted in kabuki, the same characters appear over and over again. Only the storyline is the one that changes, showing different events or different moments of their lives.

“Kurogo kouken” is the way participants dressed in black are called. Their role is to move props on the stage or to bring different objects to the actors. There is a convention that everything is black on the stage does not actually exist, thus the black clothes.

10. The music plays an important part 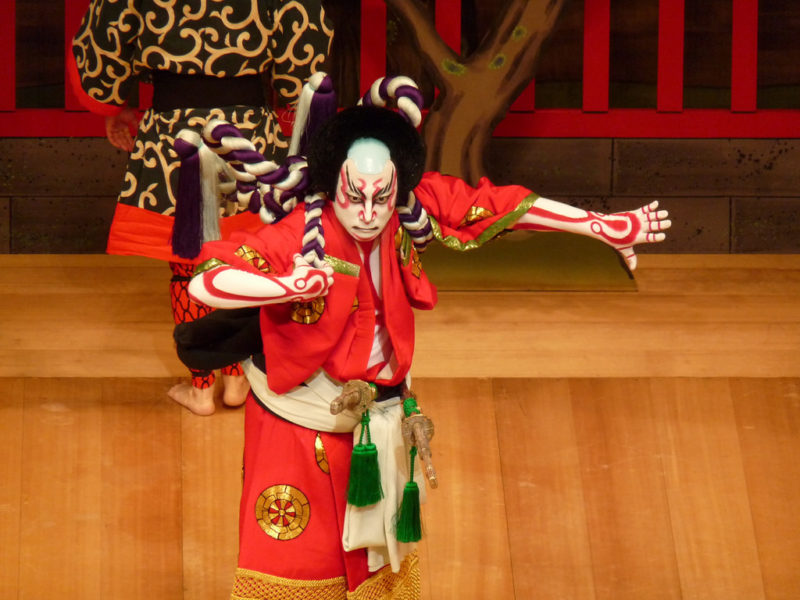 Kabuki music is either sung by somebody or performed using traditional Japanese instruments. It plays a big part of the kabuki play, expressing the actor’s feelings and emphasizing certain moments.

The “hyoshigi” is a simple instrument which consists of two pieces of wood or bamboo connected by a rope. The instrument is used to announce the start and end of the play, to create a sense of rhythm to the actor’s lines or to accentuate certain sounds during the dramatic moments.

A kabuki play differs in many aspects from western plays. It is normal for the audience assisting a western play to keep the silence, but this is not the case in kabuki. It is not unusual for the audience to start shouting, especially during the most intense parts. This is done to show their admiration for the actors’ skills. But keep in mind that only experienced audience members do this. Do not try to do it if you are only an occasional viewer!

13. The names of some plays are very hard to read

The name of some kabuki plays is very difficult to read. This is because when kabuki was at its beginnings, there was a custom to choose names containing kanji that sound the same. This resulted in names that are almost unintelligible. But a solution was found – those plays received nicknames. 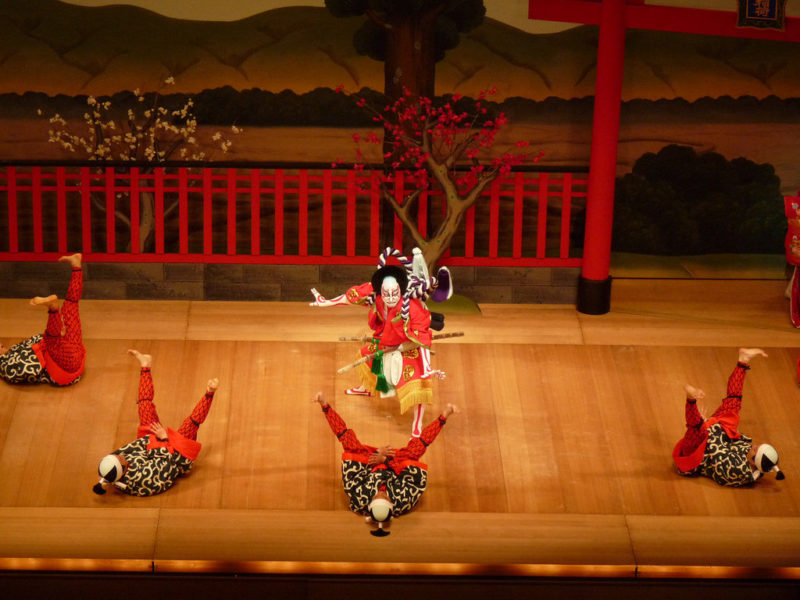 A “mie” moment means when there is a very intense scene and an actor makes a pause and poses. Mie are supposed to emphasize the beauty and intensity of the scene, just like when you are watching a movie and press the pause button to better take in all the emotions.

15. Where can you watch a play

There are several theaters throughout Japan where kabuki plays can be watched: the National Theatre and Kabukiza Theatre in Tokyo, Minamiza Theater in Kyoto, Shochizuka Theather in Osaka and Hakazata Theater in Fukuoka.

Immerse yourself in Japan’s culture!