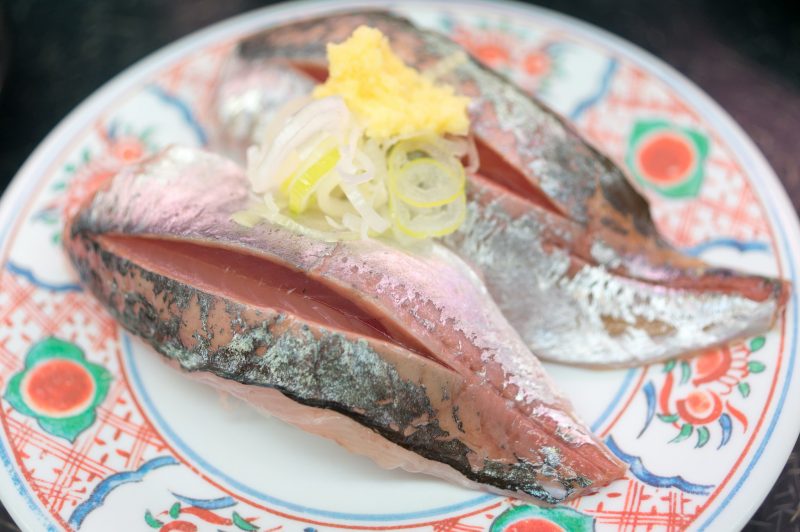 Sushi is both food and an art form in Japan. One particular type of sushi ingredient is called the “Aji”. Aji is better known as the Japanese horse mackerel. These are five things to know about this delicious fish! 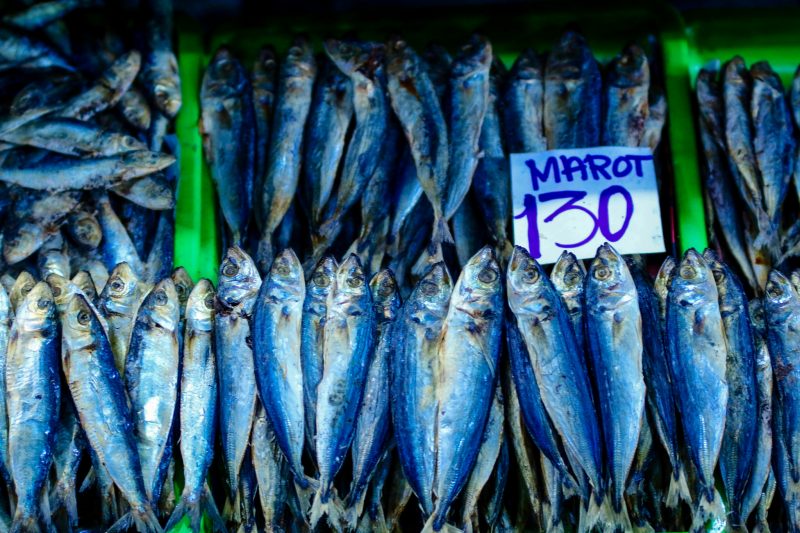 Aji is classified as a silvery fish in the mackerel family. They are usually around 14 in. and will not exceed 20 in. They’re about 1.5 pounds and are found on the coast of Japan. 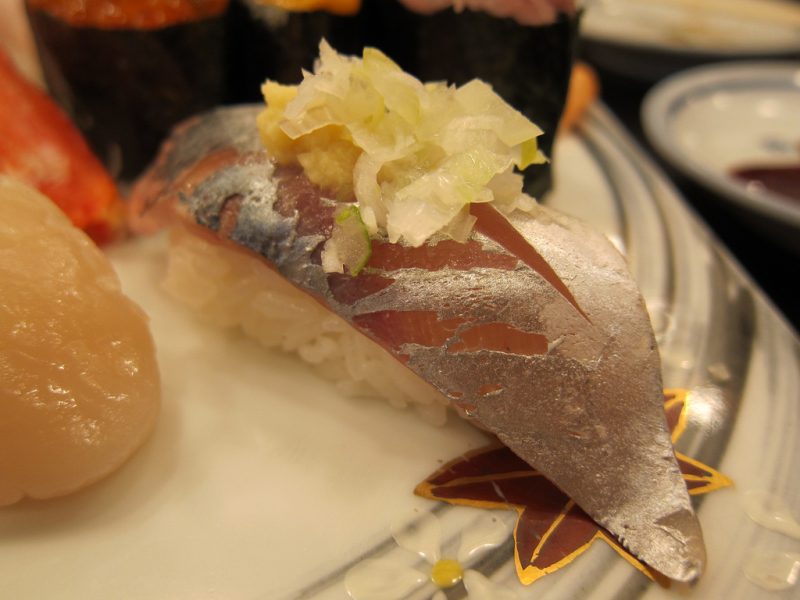 When Aji is served as nigiri, some of the skin is usually left on with some diagonal cuts on the flesh. They are served with negi or green onion or with a little bit of daikon on top. 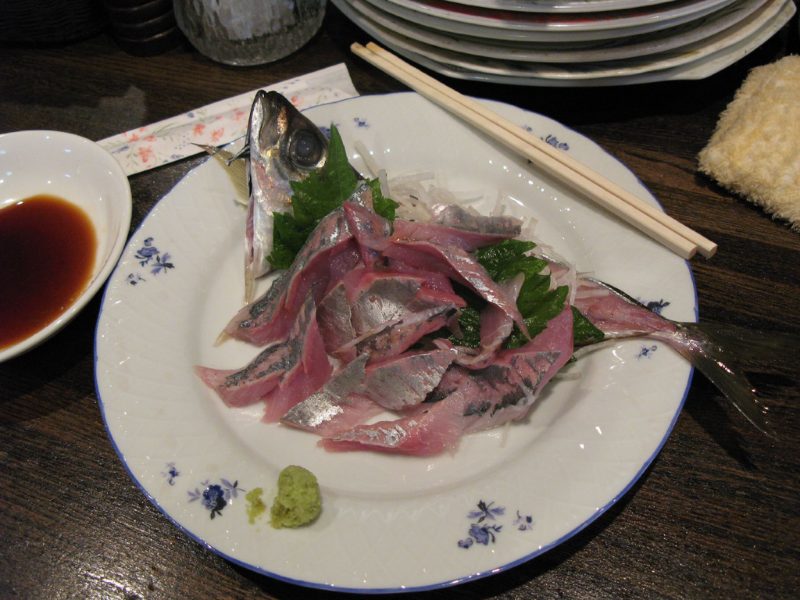 When Aji is served as sashimi, the fish is cut into 2 or 3 pieces. Sometimes the head and tail are left as decoration and displayed in an artful manner. The sashimi preparation is sometimes considered to be tastier and more visually attractive.

Aji is very popular due to its delicious oily flesh. They contain many DHA and amino acids. The taste tends to vary depending on the way they are prepared. Sometimes they will be marinated with vinegar and salt, while other times they are served fresh.

Tataki is a method of preparing fish by lightly searing the sides over a hot flame. Aji is usually sliced very thinly and then marinated in vinegar and then served with sides like sashimi.

Aji is a delicious and cheap sushi ingredient that is very popular in Japan. Be sure to try out this delicious fish!