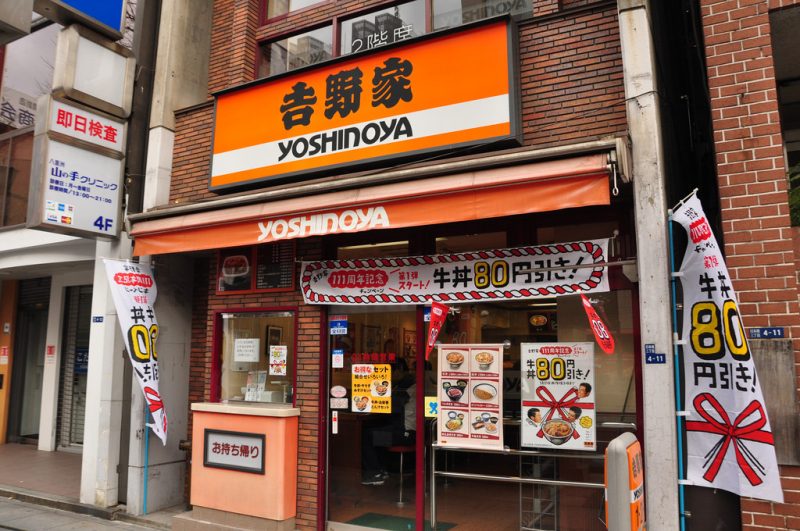 Yoshinoya is the largest chain of fast food restaurants in Japan which serves the best quality Gyuodon. The headquarters of the company lies in Kita Prefecture of Tokyo, Japan. It was established in 1899 with the motto of “Tasty, low-priced and quick food”. Yoshinoya has become so popular for its tempting food that it has crossed the borders of Japan and opened branches in other countries also. Some important information about Yoshinoya is given below:

1. Etymology and Logo Design of Yoshinoya 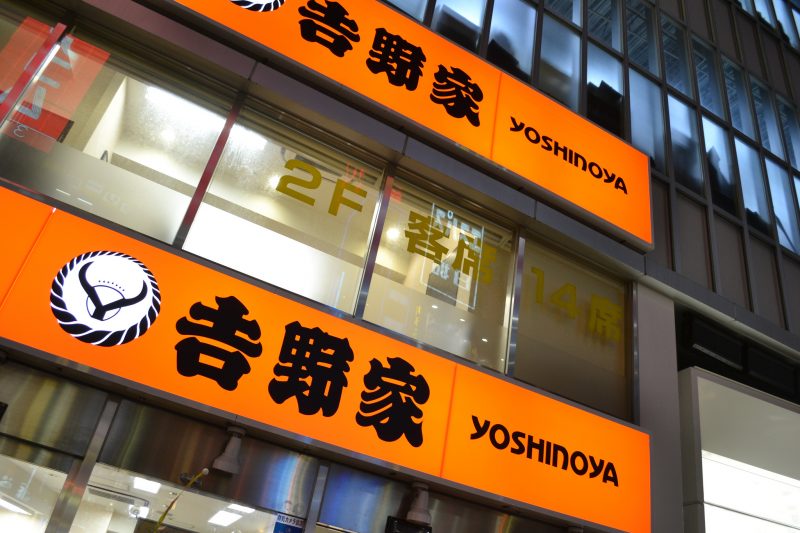 The owner of Yoshinoya named Eikichi Matsuda lived in Osaka’s city Yoshino and the name of the restaurant is derived from that. The meaning of letter Yoshi means good fortune, no means field and ya mean house. The restaurant was nicknamed as Yoshigyu. The logo of the company is bull horn which was invented by the owner itself. There is a rope surrounding the logo which is made of 27 rice grains and is meant to serve best beef bowls in Japan. 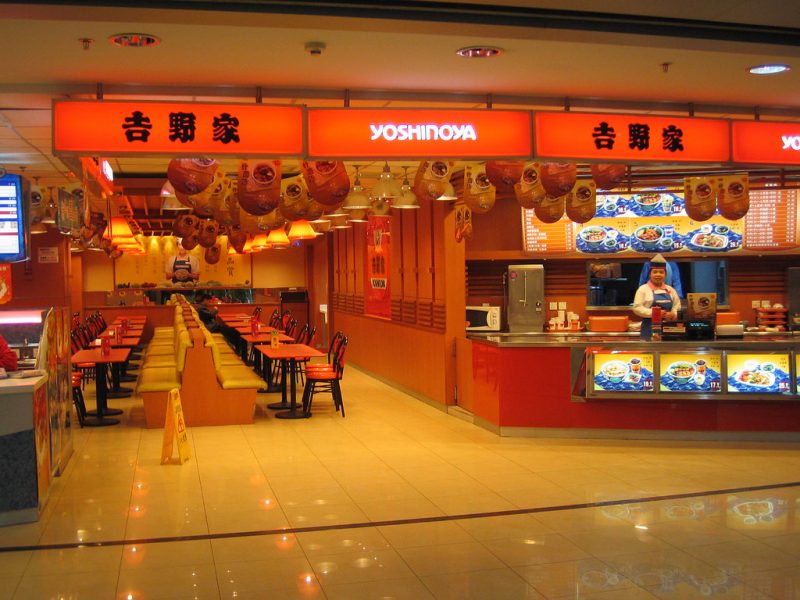 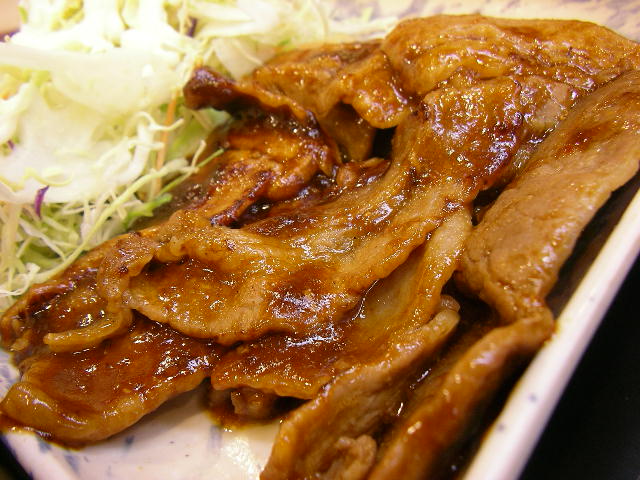 In Japan, the restaurants are equipped with tables like counters and chopsticks are available at each counter. The main items of men are beef bowls, pork bowls, raw eggs, soft-boiled eggs, Miso soup, pickles. Other items without any charge are also available at the request of customers such as Japanese Tea, red ginger, and spice. Another addition to the menu was made in 2011 of eel bowls which are also appreciated by the customers of Yoshinoya. 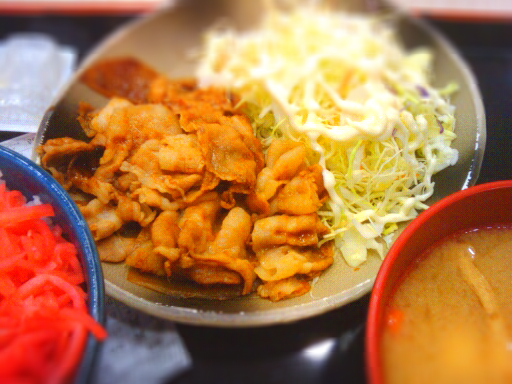 Yoshinoya developed its branches in Hong Kong also in the year 1991. The numbers of restaurants in Hong Kong is about 57 and are located in mainly three parts Hong Kong branch, New Territories Branch and Kowloon Branch. The service of home delivery is also provided by Yoshinoya in Hong Kong from 2009. The Hong Kong branch of Yoshinoya has decided not to increase the prices although an increase in shipping charges. Their main aim is to give the best food at low prices.

5. Yoshinoya in the United States

Yoshinoya started in the United States in 1973 in Denver. The menu items include the mainly beef bowl, shrimp bowl, chicken bowl, combo bowl all with soup and cakes. Other famous items are BBQ style plates, teriyaki chicken bowls and beef with vegetable bowls. The menu of U.S. and Japan is quite similar and the main dish is the beef bowl with rice.

6. Yoshinoya in other countries 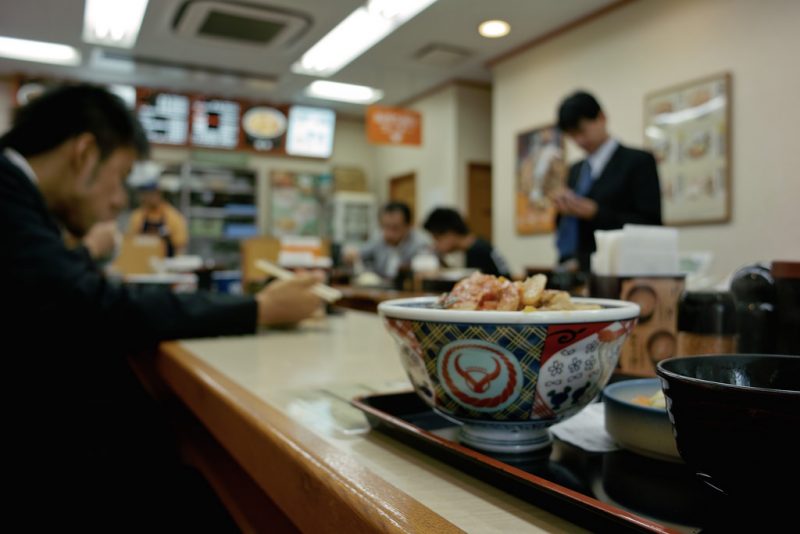 Yoshinoya is basically from Japan however after earning much name and fame in Japan it decided to serve it tempting and cheap food to other countries also. Some famous countries where Yoshinoya has opened its branches are China, Indonesia, Malaysia, Thailand, Taiwan, Philippines, Singapore, and Cambodia.

7. The Specialty of Yoshinoya Restaurant

The best thing about Yoshinoya which makes it different from other of its kind is that you can order or make a special request without any extra charges. You can request for extra gravy sauce, more Extra gravy sauce, rice on beef, fatty beef and extra hot water in Miso soup. A regular sized beef bowl costs about 280 Yens at Yoshinoya.

15 Things to Do in Shimbashi