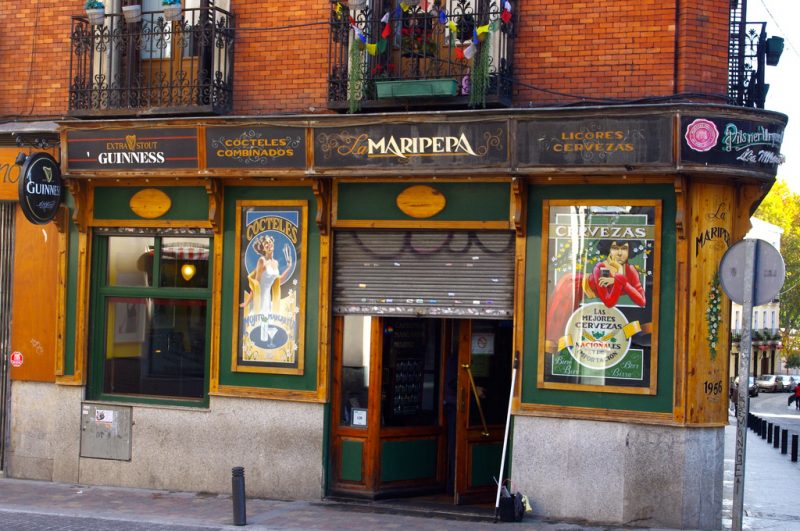 Spain is well known for it’s popular and varied gastronomy and there’s no better place to dig in than capital city Madrid; a real melting pot of typical dishes from all over the country.  Due to it’s cultural mix and influences, there’s a wide range of cuisine, but among it all lies some innately typical dishes to the city of Madrid itself. Don’t go home without trying some from our list!

Probably the most famous dish from Madrid, this is a hearty, rustic stew, particularly good on chilly days in the city for a filling lunch. It’s a version of a national Spanish dish, modified and now unique to Madrid in itself.  The main ingredients are chick peas, chorizo, chicken, pork belly and vegetables.  Traditionally each ingredient is served individually and then eaten in three separate servings (or vuelcos). First is the soup broth, secondly the chick peas and vegetables and thirdly the meat. Full of robust flavors due to its long simmering, this really is the perfect pick-me up during Madrid’s winter months.

For tasty and traditional satisfying street food your best bet is a bocadillo de calamares. This popular and very Madrileno specialty consists of a fresh crunchy bread roll stuffed with deep-fried golden rings of squid (calamares). A delicious blend of crunchy batter and tender squid. Perfectly accompanied with homemade garlic mayonnaise or a special sauce made from tomatoes and paprika.

More of a lunch staple than breakfast, this translates as broken eggs which is quite literally what it is! Usually over a plate of fried potatoes and sometimes with added chorizo or other sausage, it’s the kind of simple, staple fare that makes Spanish cuisine famous.

Another good choice in Winter, Callos is basically a stew featuring beef tripe (stomach) as a main ingredient. It typically has a smokey flavor (that’s the paprika) and also involves slices of chorizo and morcilla (blood sausage). Callos is very unique to Madrid and for hundreds of years has been regularly served up in bars and taverns all over the city.

Churros are a very traditional (and indulgent) snack which are often eaten in the afternoon or even for breakfast or basically whenever you feel like it! They are essentially a form of doughnut in a stick shape. Deep fried with a crunchy outside and fluffy inside, the idea is to dip them into cups of thick, hot chocolate. Extremely delicious, filling and not to be missed!

Bacalao is Spanish for cod, and despite being far from the coast, Madrid still manages to serve up fresh seafood to it’s clientele. The croquetas de Bacalao (cod croquettes) are delicious bread-crumbed rolls filled with cod and potato. These are perfect as a snack or shared with other dishes as part of a main meal. Some restaurants serve this as their specialty dish.

For those travelers who really want to eat authentically, you must try the  pan-seared oreja (pig’s ear). This is a very Spanish dish often garnished with sea salt, paprika and lemon. Many cuisines internationally use recipes with pig’s ear, but the Spanish version is original and found all over Madrid.

No visit to Madrid is complete without a platter of thinly sliced Jamon Iberico (Iberian ham).  For a really authentic experience check out the older more traditional bars in the city where legs of jamon are hung above the bar. The jamon is sliced in front of you and eaten off the plate accompanied by cheese and olives or whatever you decide to order! The highest quality jamon comes from pigs who have roamed free on a pure diet of acorns, which contributes to the distinct taste.

A well-loved, well-known staple the Spanish tortilla is a delicious option in Madrid, either a pincho  (a slice) as a snack or a whole tortilla as a main course. The tortilla de patatas (potato tortilla) is made with potatoes, onion, salt and lots of olive oil and is tasty served hot or cold! It sounds simple but every restaurant makes it slightly different.

Gambas are prawns, sizzling hot in garlic and chilli served up in clay dishes as either a tapas or a larger dish. Soak up the tasty oil with slices of soft bread. Perfect!

Whatever your culinary preferences, a trip to Madrid is certain to cater to all tastes!

10 Things To Do in Aranjuez: Spain

10 Things to Know about Madrid Cathedral