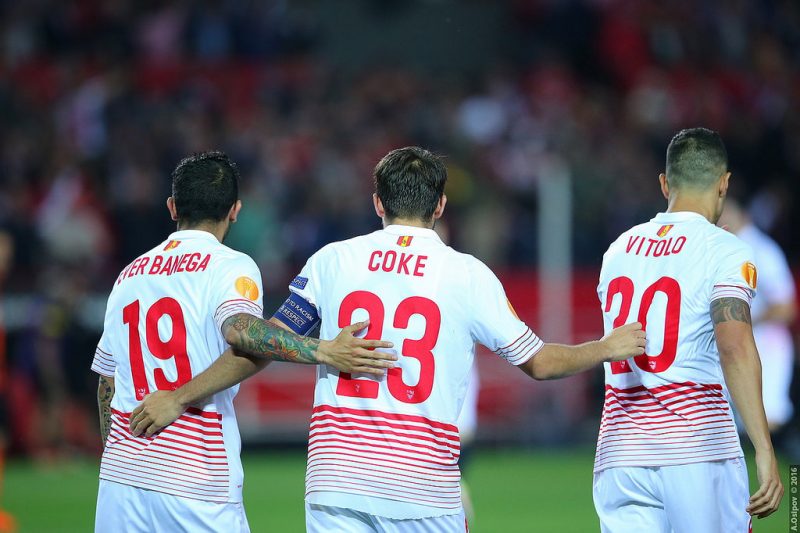 Seville is a city full of history, architecture, and lively environment. If you are a fan of football, for sure, you are familiar with Sevilla Futbol Club. When traveling to Seville, check out the stadiums near you. Do drop by and you’ll surely be amazed by its huge size and neat seating.

Sevilla CF was founded on January 25, 1890. It is the oldest  and most successful football club in Spain. It is based in Seville, Spain. The first president is Edward Farquharson Johnston, a Scotsman. Since then, football has become one of the country’s most favorite sport. Over the years, the residents of Seville learned to love the sport and have shown support to the club.

In 1970, the team has experienced difficulties in maintaining their top key players. Not long after, some players paved goodbye to the team as the club could not anymore afford them. This was due to the construction of the new stadium. The players transferred to other teams including Barcelona and Real Madrid.

Jose Maria Del Nido became president of the club in May 2002. This is a new beginning for the whole team under the new presidency. The coach and director of football positions also had an effect on the team. It is the duty of both coach and director to hone the skills of the players.

There were several presidents of the club who succeeded Edward Farquharson Johnston. Among these are Ramón Sánchez Pizjuán, Eugenio Montes Cabezas, Luis Cuervas Vilches and José María del Nido Benavente. These key persons have done their jobs well and had their own contribution to strengthening the club until present times.

Singer-songwriter Javier Labandón El Arrebato was the one who wrote the centennial anthem for the club. The song became a big hit that it even became Spain’s top one song sometime in 2005. El Arrebato also received a gold award for great sales of the song. Everyone in Seville fell in love with such lovely anthem.

In September 2004, SFC Radio first aired in FM and online, too. The SFC TV was launched a year later, during UEFA Cup in the 2005-2006 season. In 2009, the TV coverage was also shown on the club’s official website. In print, SFC releases newspapers after the game. Moreover, the club’s official magazine is released every two months.

Currently, Sergio Rico and David Soria are two of the most valuable goalkeepers in SFC. These young men had the dream to be playing with the team. Not having to wait for such long time, the two have fulfilled their dreams to be part of the club as goalkeepers. Lately, Beto has joined the two as a goalkeeper, too.

Coke, the vice-captain, is the best defender of the club. Other defenders include Benoît Trémoulinas, Adil Rami, Timothée Kolodziejczak, Daniel Carrico, Marco Andreolli, Sergio Escudero, Nicolas Pareja, Mariano, and Matos. These players have shown perseverance and dedication for the team. A good defender plays an important role in the game.

Among the players in the forward position, Kevin Gameiro and Fernando Llorente are the best in the club. Joining them are Carlos Fernandez, Juan Muñoz, Ivi, Vitolo, and others. These players may also be playing for other positions. For these players, handling the ball in an essential skill in the game.

During the first 50 years of SFC, the club has played in various stadiums all over Seville. Among the most common stadiums are la Trinidad Field, the Mercantile Field, ‘La Victoria’ Stadium and the Estadio de Nervión. In every game, the team never fails to fill the stadiums with cheering fans.

The official flag of SFC is rectangular, with a diagonal line dividing it into two colors: white and red. The superior part is white while the inferior part is red. The flag represents the whole SFC as a team. With this, the club is recognized not only in Spain but, also in other parts of the world in the football industry.

Unai Emery is the present manager of the club. He is a retired football player and now enjoying his time with the club. For the past three years, he has led the team to grab the UEFA Cups. Of course, he and his whole team are proud of these achievements in a period of time.

SFC has numerous supportive fans since football became an ultimate sport in the country. The club not only has fans from Seville alone but, also in nearby provinces. These fans also form their club to unite to show support to the players. In their own little ways, they are encouraging players  to always be focused on the game.

7 Accomodations to Stay in Sevilla

10 Things to Know about Seville Airport

10 Things to Know about Seville Oranges