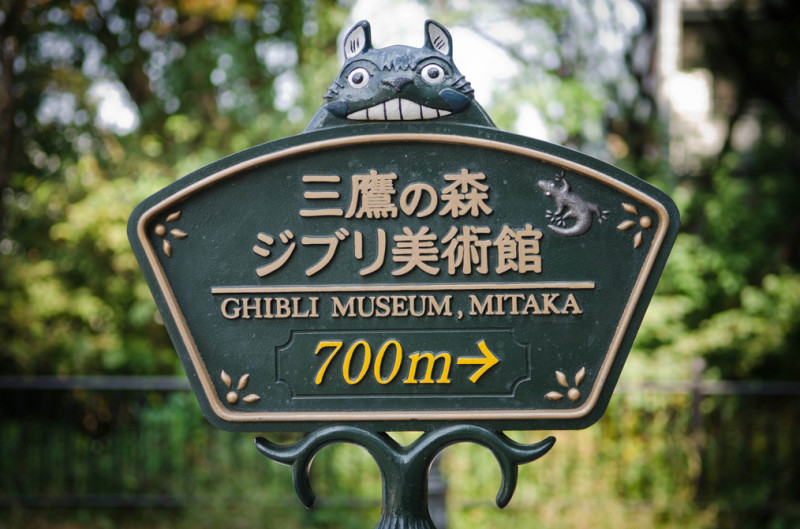 When visiting Japan, it is very hard not to notice Japanese animation characters everywhere you go. On big advertisement billboards, trains and subway decorations, shop signs, and even fully dressed characters walking in the streets and advertising products or businesses. Japanese animation is rooted deep within the country culture and every kids growing up in Japan will know them before they can even read or write. Although animation and cartoons are part of kids culture all around the world, in Japan, it has a whole new dimension to it and animation goes far beyond children entertainment. Animation in Japan is simply part of our life here, kids and adults a like, and sometime it is even hard to know if the kids animation movies are enjoyed more by kids or adults!

The culture of Japanese animation has also spread all around the world in the past generation and characters like thousands of Pokemons, Hello Kitty, Detective Conan, or Monkey D. Luffy are no more Japanese only characters, they have been translated to many languages and become part of a growing global awareness to those beautiful characters.

If you are by any mean a fan of Japanese animation or have some interest in it and want to get to know it, there is no better place to start understand it then in the Ghibli Museum! You wonder, why? Well, lets break it down to 15 reason why you simply have to go there if you visit the Tokyo area, as it is a place of wonder, and understanding what the museum is displaying, is understanding the Japanese heart and soul. 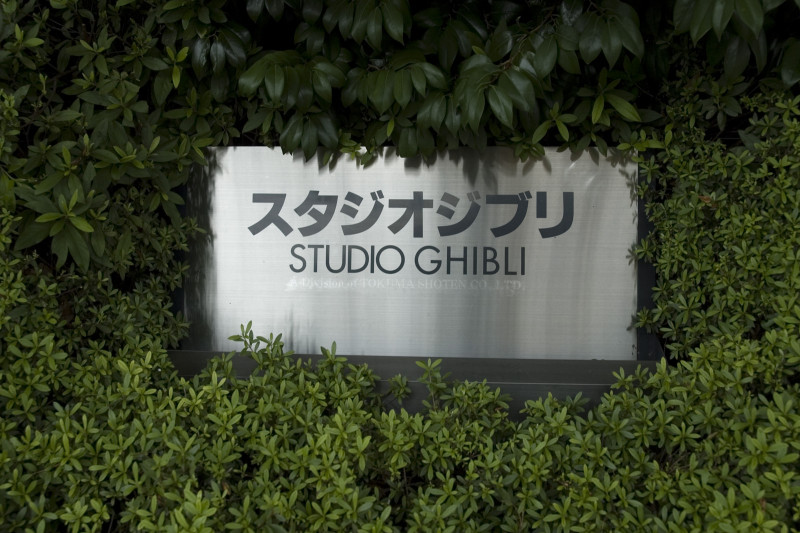 There are many Japanese animation studios in Japan, but out of the thousands of animation studio and amazing animators in Japan, there is one powerhouse which has been creating some of Japan most memorable animation movies and characters for the past 30 years – Studio Ghibli. Founded in June 1985, the studio is run by the 2 main directors Hayao Miyazaki and Isao Takahata and by the producer Toshio Suzuki which collaborate with the music composer Joe Hisaishi who provided the soundtracks for most of Studio Ghibli films. The studio was founded after the success of the 1984 film “Nausicaa of the Valley of the Wind”, and since then produce animation movies which has been translated to many languages and awarded some of the highest movie awards around the world. 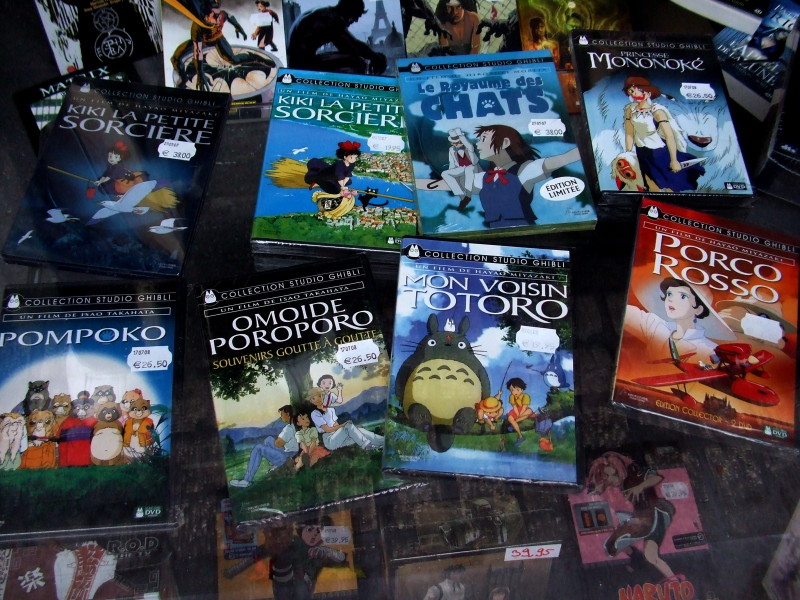 In the past 30 years, Studio Ghibli released a move every year almost to total 20 masterpieces, all of them are part of every child in Japan and adults alike.

3. Who is Hayao Miyazaki? 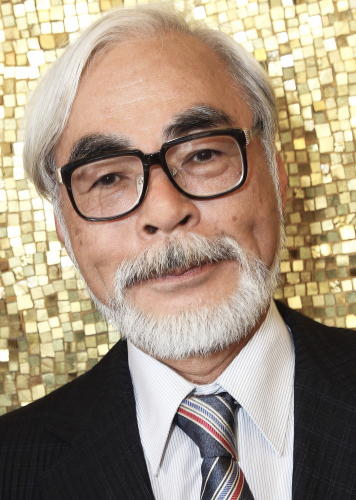 Studio Ghibli was founded by the legendary animator, author, and manga artist Hayao Miyazaki which is the soul of this animation studio and is considered in Japan as the founder of the modern Japanese animation and the main force behind exporting the Japanese animation culture worldwide. The success of Miyazaki’s films can only be compared with other global animation and movie creator legends as the American animator Walt Disney, and American directors Steven Spielberg and Orson Welles. Miyazaki’s films are especially powerful in Japan as the both project very global themes, like humanity’s relationship with nature and technology, and the difficulty of maintaining a pacifist ethic in our cultures around the world, and at the same time, while presenting such important issues, the main characters of his films are often strong, independent girls or young women, which is a very powerful message in Japan, which until today is still fighting for girls and women equal rights in society. Miyazaki’s movie teach us all in Japan, and now around the world, the ethics of pacifism, human nature conflicts and the power of women in society which is still obscure in many countries, including Japan.

4. Is There Other Famous Animatiors in Studio Ghibli? 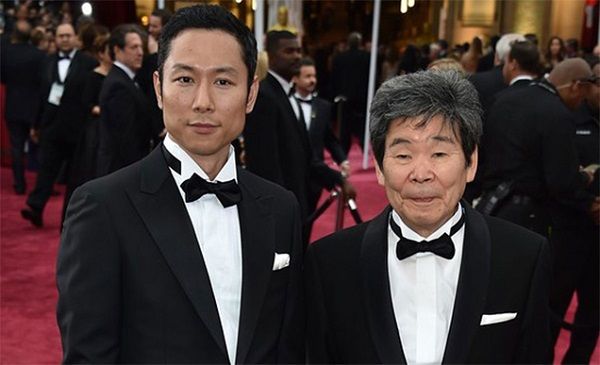 Yes, indeed there are many animators, directors and screenwriters who Studio Ghibli worked with and become part of the Japanese animations scene such as Isao Takahata, Yoshifumi Kondo, Reiko Yoshida, Hiroyuki Morita, Goro Miyazaki (Hayao Miyazaki Son), Keiko Niwa, and Hiromasa Yonebayashi who have all been working on Studio Ghibli biggest animation movies. Each director, animator or screenwriter who worked in the studio is now a main figure in the Japanese animation culture and id part of numerous productions of manga books, TV series, and short animation films.

5. Why Did They Build a Museum? 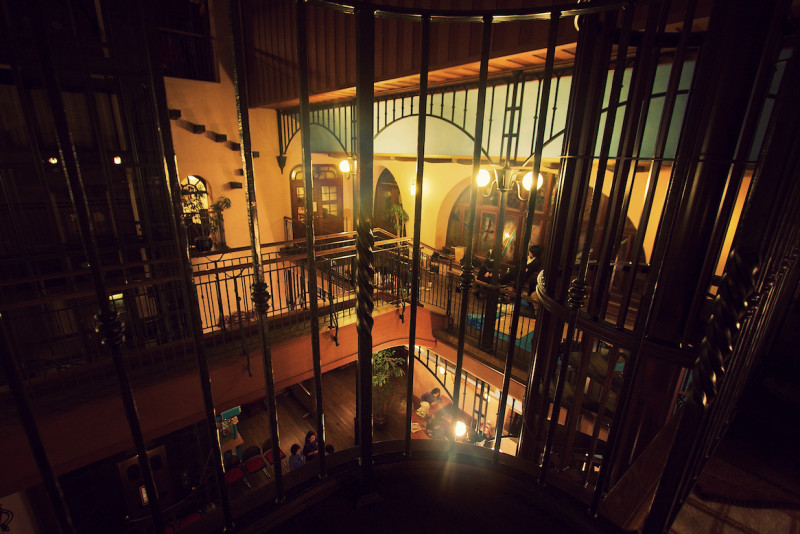 Now when you realize the magnitude of Japanese animation culture in Japan, it is easily understood why the Ghibli Museum has been created. For the massive fan base of the animation movies, it is very hard to get to know the movies and its creators as the studio itself is not a place where the crowds can come and watch the animators and directors working on the movies. The museum was created to allow millions of people a window into both Miyazaki’s private world as well as into Ghibli movies characters. It allows kids and adults to get close to the most precious and memorable scenes from the animation movies and see them in full real world setup!

6. Who is That Big Character at the Entrance? 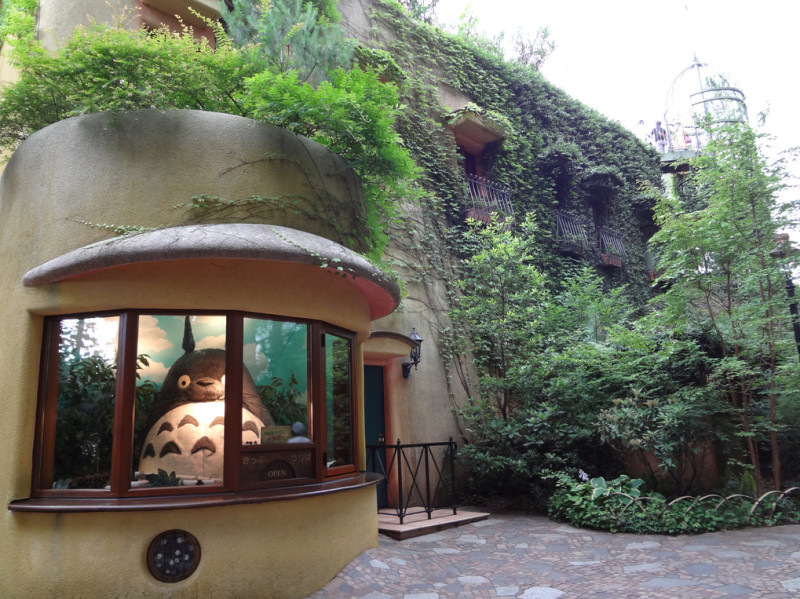 As you enter the Museum, the first thing you will notice is a massive size character sitting inside the ticket booth! This is Totoro, who is a mythical forest spirit who is featured in the movie “My Neighbor Totoro” in which the two main characters in the movie, two young sisters, meet in the first next to their home. The entrance door to the museum is on the left side of the booth where Totoro is sitting, where you can open the door and enter the magical world of Studio Ghibli!!

7. Let’s Explore The Space of Wonder! 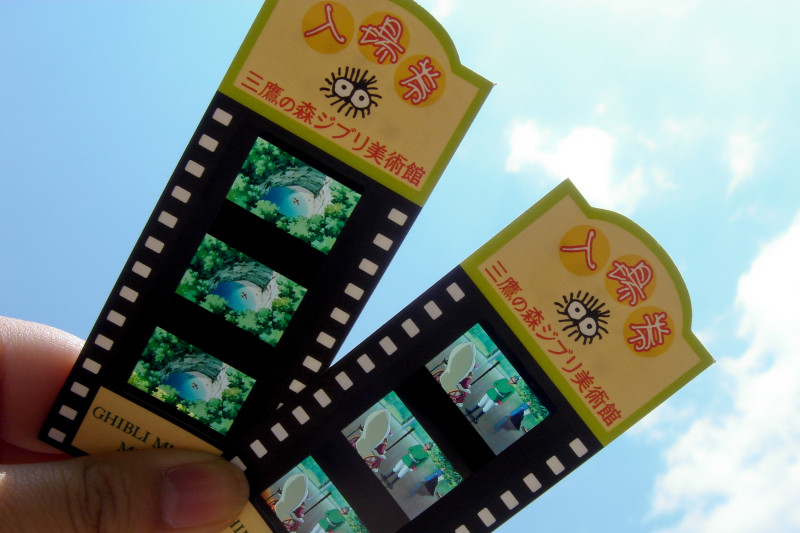 The first thing you will see in the entrance is a beautiful ceiling painted with a big shining sun and around it there are trees stretching up towards the sky, filled with grapes, melons, deliciously ripe fruits, and beautiful blossoms. Somewhere inside the mural, you can see Kiki on a broom, Nausicaa on her jet glider, and other characters flying in the sky!  This is the place where you can get your ticket at, and each ticket is an actual 35mm film from one of the studio movies! Simply hold your ticket to the light and you can see which film your ticket is from! 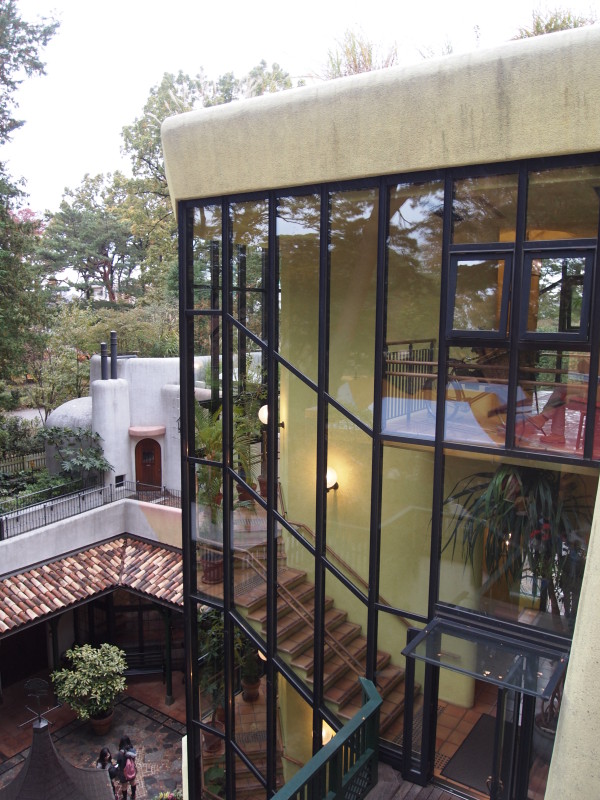 When you enter the Museum, the first thing you will see is the “Central Hall” which is a glass dome with a yellow whale swims in the ocean and blades of a giant fan rotate overhead. Shining marbles of colored glass are fitted into the ironwork of the stairs and handrails. It is a beautiful work of light and glass which turns the place to feel like one of Miyazaki’s movie scenes. Enjoy the maze of steps and little bridges and walk around it just as if you have just stepped into the animation movie since this building appears in many of Miyazaki’s animation and if you know the movies, it is a breathtaking experience to actually walk in it!

9. A boy’s Room – See Where Ghibli Animations Were Born! 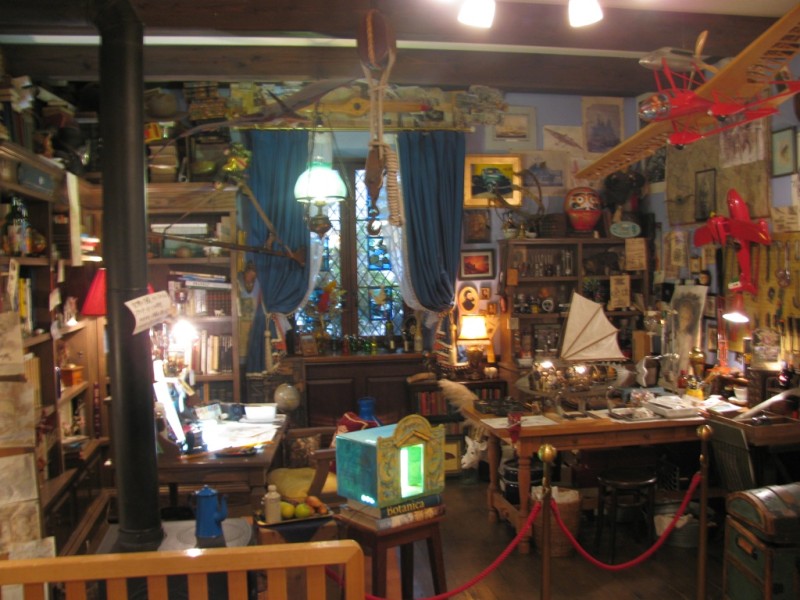 If you ever wondered how those amazing animations were created and where the ideas all came from, the “Boy’s Room” exhibition is just for you. This is a room where walls are all covered with illustrations and sketches and hanging from the ceiling are a models of an airplanes and a model of a Pteranodon, one of the largest known flying dinosaurs! This is Miyazaki’s room when he was a young boy and this is where all his ideas sprouted from. It is a magical place and it surely gives a feeling of how a creator world looks like when they are still young kids. It is also an inspiring exhibition to every parent to allow their kids to create such a room in their house to evoke the creative spark in their mind! 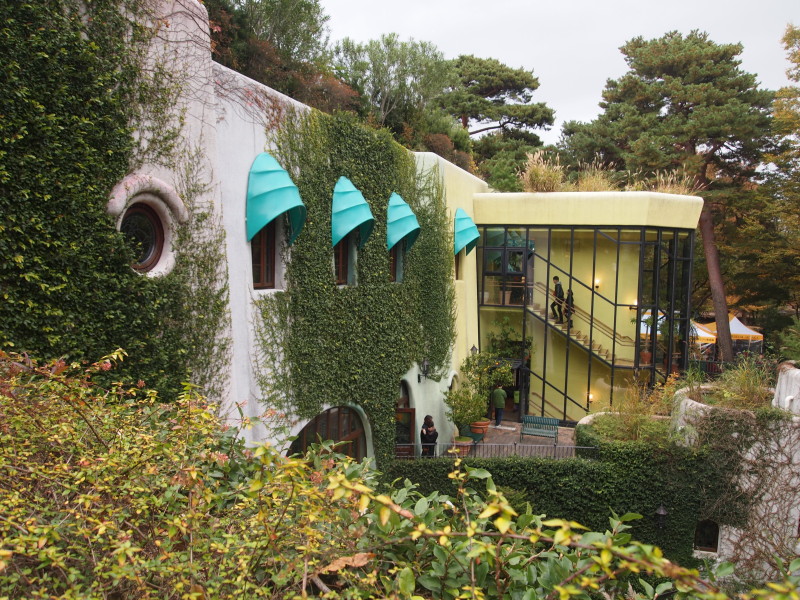 The basement of the museum is where the Saturn Theater was built to allow 80 people at a time to watch a very rare short animation that is only viewed at the museum and never been seen anywhere else. The sky of the Saturn Theater painted in blue with moon and sun at its center and colorful flowers decorating the walls around you. The sittings are not in movie theater chairs but on small red wood benches at the front or at the end of the room small seats. Usually the parents sits at the back and kids are sitting in the front benches. When the movie ends, the windows are open and a bright sunshine fills the place which ends the movie with a real touch of nature! 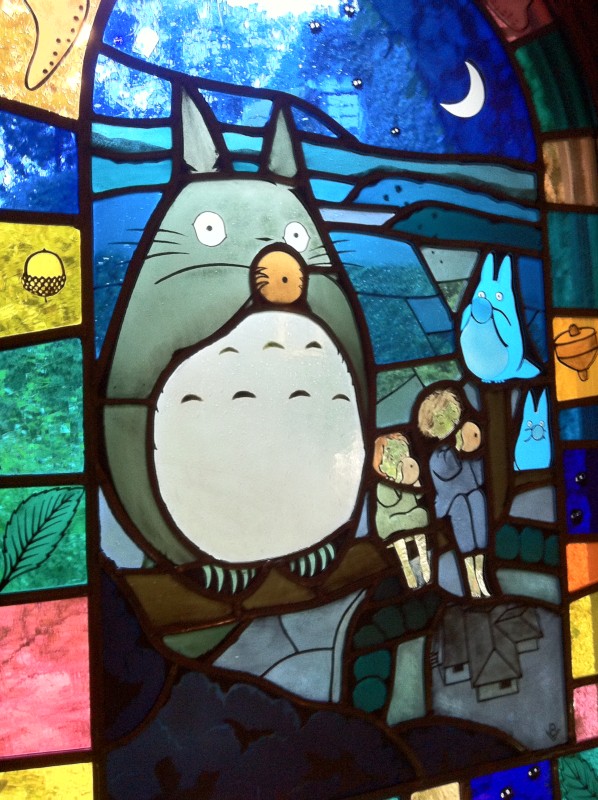 The museum is located in Mitaka area, and in Japanese it is a shortcut for “3 Hawks”. The museum honor the city where it is located at with the name of its library – The “Tri Hawk” library room which is a beautiful bookstore and reading room with exceptional selections of books about Studio Ghibli works. There is also a special section which Miyazaki himself choose and this section is a free reading section for kids. All the selected book the director choose are for kids to enjoy and help develop their imagination in hope to both allow the kids a window into his creative mind as well as encourage kids to grow up and develop their own creative talent.

12. The Robot Soldier on the Rooftop of Ghibli Museum 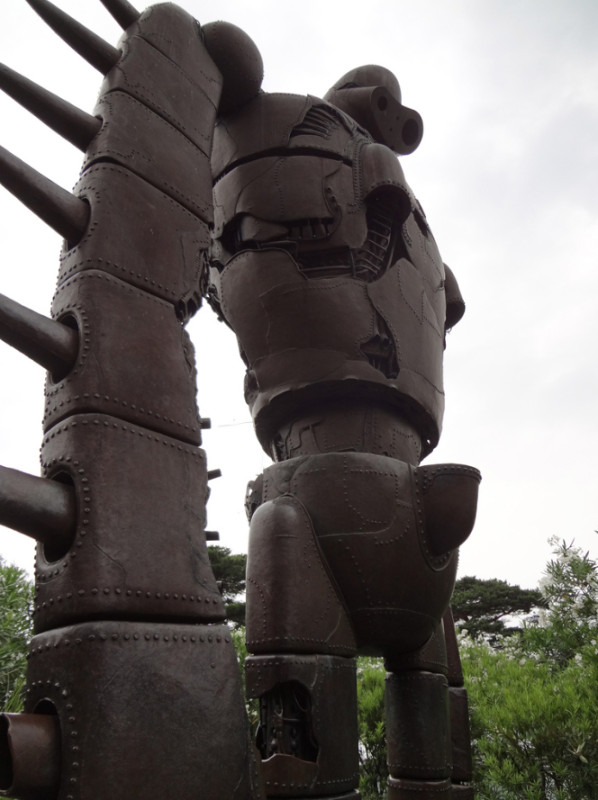 If everything you have seen so far was not enough and you want to get yet another beautiful experience right out of Ghibli animations then climb up to the museum rooftop and enter the rooftop garden. There, at the edge of the garden you will see a five-meter-tall Robot Soldier figure, the same exact one from “Laputa Castle in the Sky” movie in exact replica of size compare to humans. The robot is looking down the park in front and you can take photos next to it. The robot itself is designed to look exactly as in the animation with amazing details!  Just look unclose the carvings and small parts, it is simply amazing! 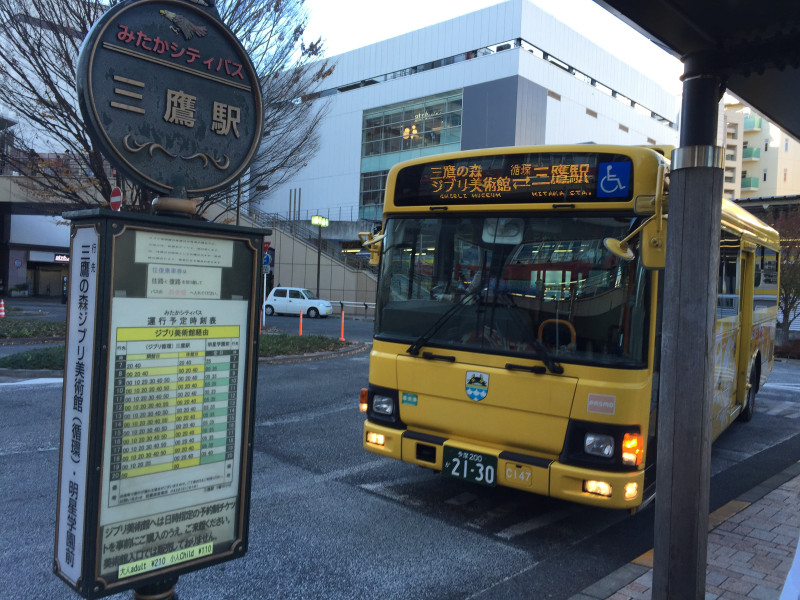 14. How to Get Tickets for Ghibli Museum and How Much it Costs? 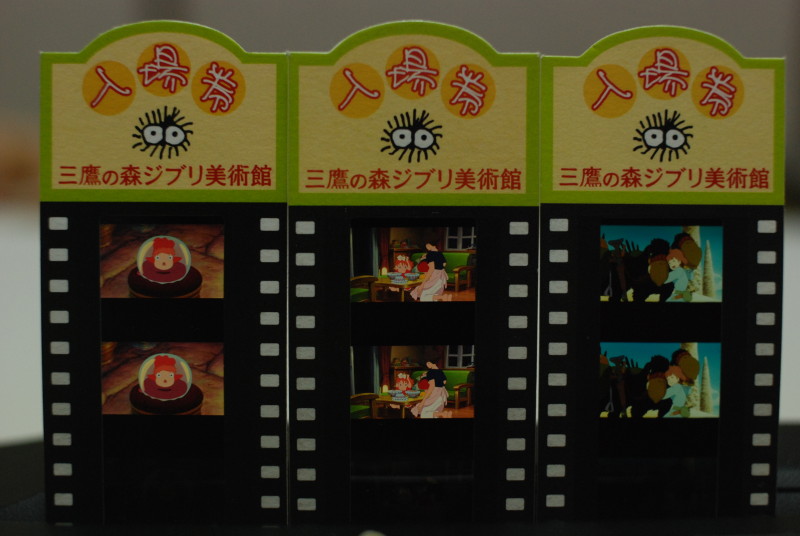 Entrance to the Ghibli Museum is only available by advance purchase of a reserved ticket which specifies the appointed date of the reservation. You can get reservation tickets at designated local travel agency counters in Hong Kong, Taiwan, Korea, North America, Europe and Australia. For further information on how to purchase reserved tickets, please use the following links:

How to buy tickets in Japan?

Reserved tickets can be purchased only at LAWSON convenience stores throughout Japan.

＊Children under 4 are admitted free of charge.
＊When purchasing the tickets outside Japan, charges will be calculated in your local currency at the current rate of exchange, and will also include a handling fee.

As with any museum and especially such a museum as Ghibli, the place get new exhibitions and upgrades twice per year, as well as closed throughout the New Year’s holiday in Japan. Please see the below dates for the 2016-2017 year when he museum will be closed:

The Museum is also closed at Year-end and for New Year’s Holidays, and for periodic maintenance: