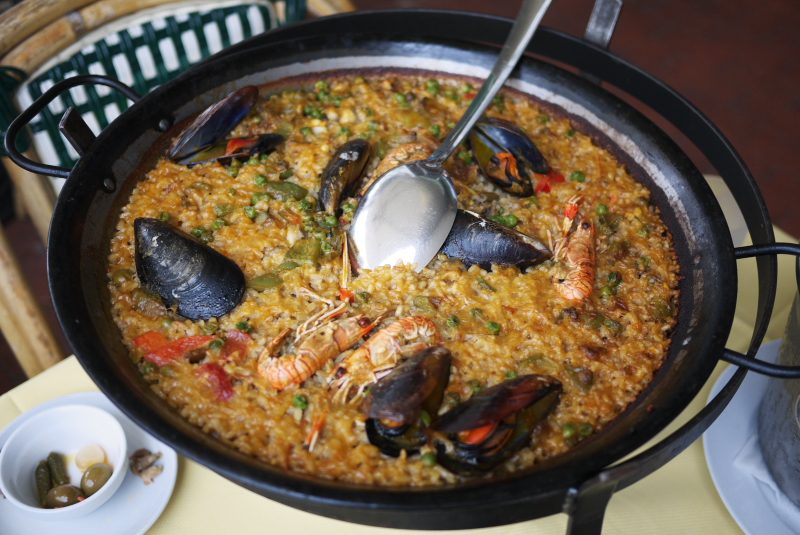 Paella is the most famous and delicious Spanish dish. It is a rice dish with ancient roots that originated in its modern form in the mid of 19th century. Basically, the meaning of word paella is the pan which is used to cook this dish. Visiting Spain cannot be considered complete if one misses this wonderful dish. There are many ways based on the ingredients used through which paella can be made. Knowledge of the ingredients used in the different paellas can help a person to decide that which paella suits his taste. There many different varieties of the paella but some of them are highly admired by the visitors of Spain. Ten best different types of paellas are as follows: 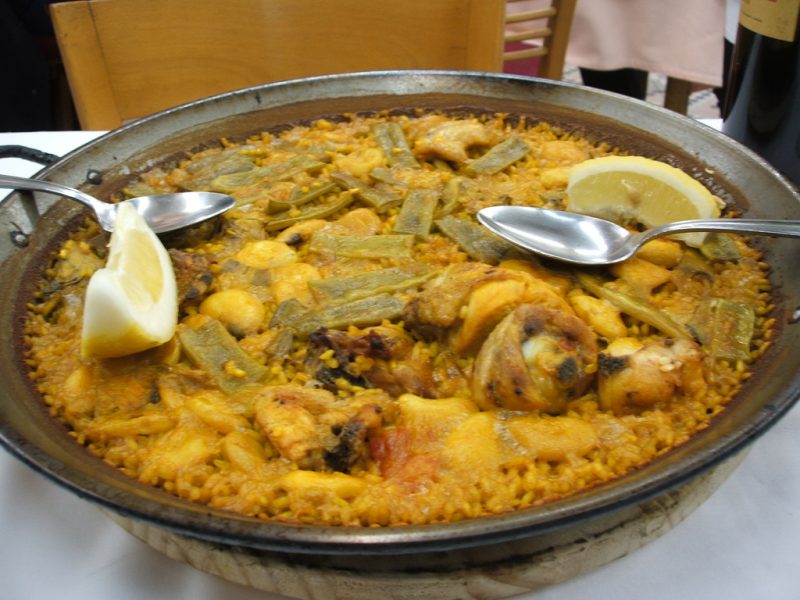 This paella is a particular Spanish dish. The things we require to prepare this wonderful paella are tomato, pepper and onion and garlic sofrito. The ingredients used in this dish are easily available. This is basically a dry rice dish so the quantity of the water should be carefully handled as to avoid the overcooking of rice. The extra water can ruin the dish easily. For one cup of rice, there should be two glasses of water. Rabbit’s meat is the premium meat used for this paella. For the lovers of rabbit meat, this dish is perfect. 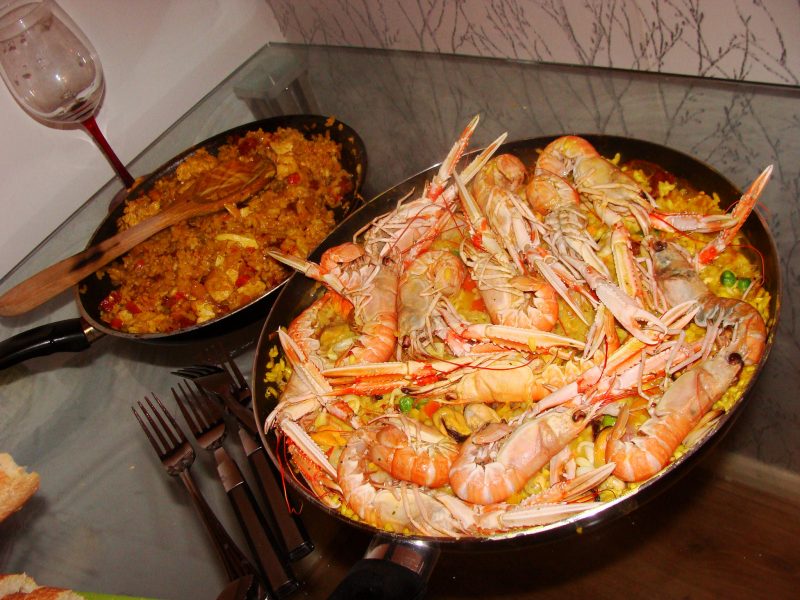 Meat paella is basically a Sunday dish of Spain. It is a very tasty and delicious dish of rice. In the recipe for this paella, it is important to add the proper amount of paprika and black pepper so that the meat in paella absorbs the flavor, in addition to red peppers and peas. The proper quantity of the ingredients is a very important issue. If the number of ingredients is not proper then the taste of the dish will not be as good as it should be.

3. Paella Made To Taste 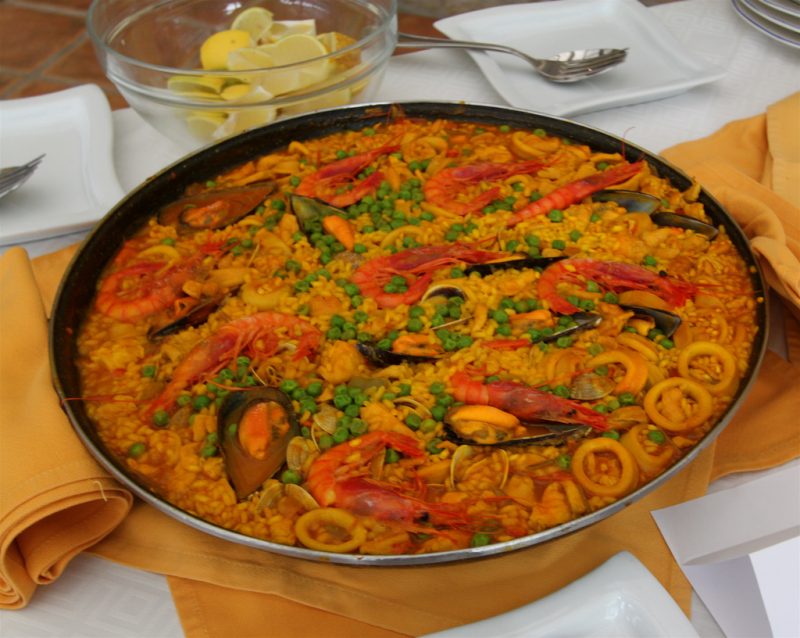 4. Paella With Pork In Beer 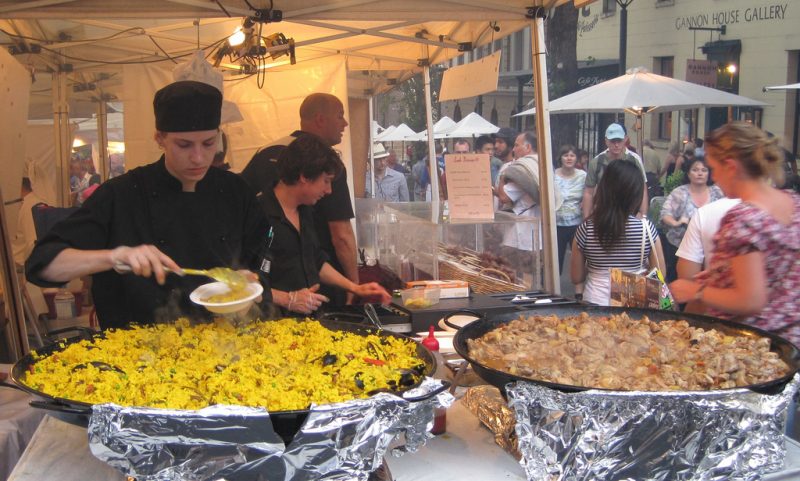 This paella is not an ordinary dish and is prepared on the request of guests of the restaurants. In this paella the ingredient used is Lean Pork Meat instead of chicken or rabbit, which gives a completely different texture from the rest. Beer is added to the onions in this kind of paella. The alcohol in beer evaporates after five minutes approximately leaving the taste of barley soaked in rice. 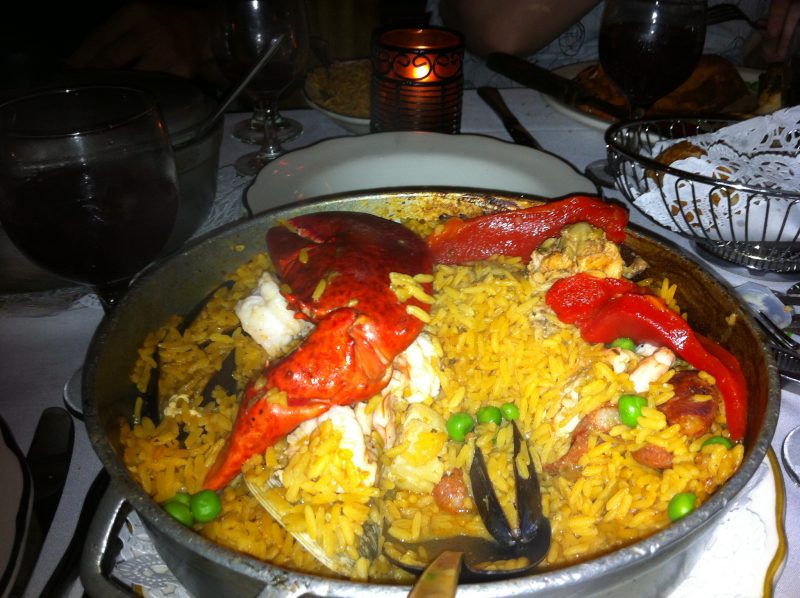 This is the most delicious kind of paella with the unusual flavor. The customers never regret to pay for this wonderful dish of rice. This province is very popular for its seafood and this variety is not mixed with the other ingredients which mean that the choice of ingredients in the Lobster Paella is fixed. This kind of paella must be tasted by every visitor of Spain. For the lovers of seafood, this paella is perfect. Its taste can easily make the day of any seafood lover person. 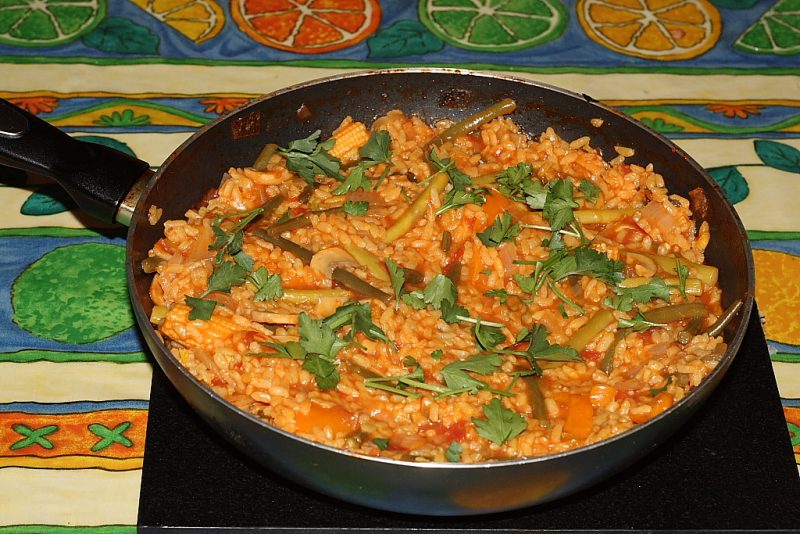 Keeping in mind the point that everyone does not prefer consuming the animals, recipe of vegetarian paella has been introduced. In this way, the vegetarian people can also taste the most popular Spanish dish. The main ingredients of this dish are artichokes, asparagus, mushrooms and olives. For a light and delicious lunch vegetarian paella is a good choice. Vegetarian paella is the first preference of every vegetarian person who visits Spain. Further, this paella is perfect to enjoy with the family. 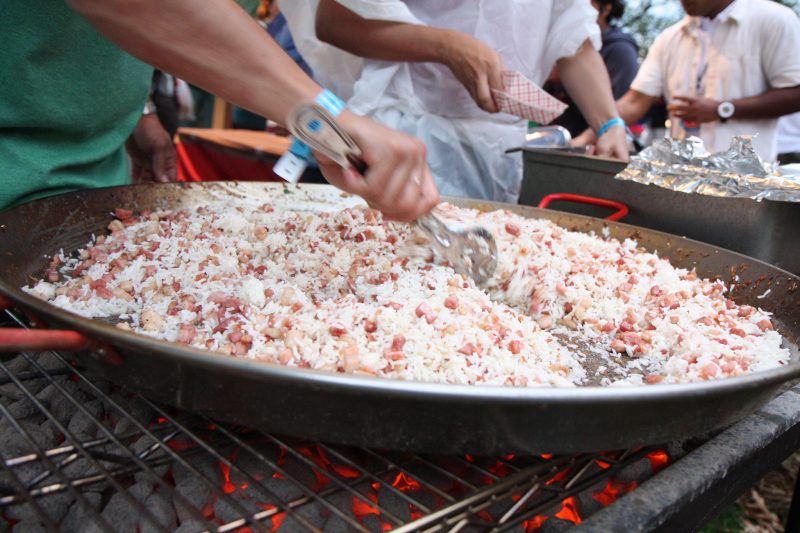 It is a very simple and tasty dish. There are some specific ingredients of this dish. Ham and salami are mixed with rice as ingredients in this paella. As the name suggests this dish is white in appearance as no colors are added to this Paella. The white color of this dish is liked by many people. It is served occasionally as on tapas with a beer or a summer red. The white paella is a very typical variety in eastern Andalusia. The charm of the white appearance of this paella attracts many people. 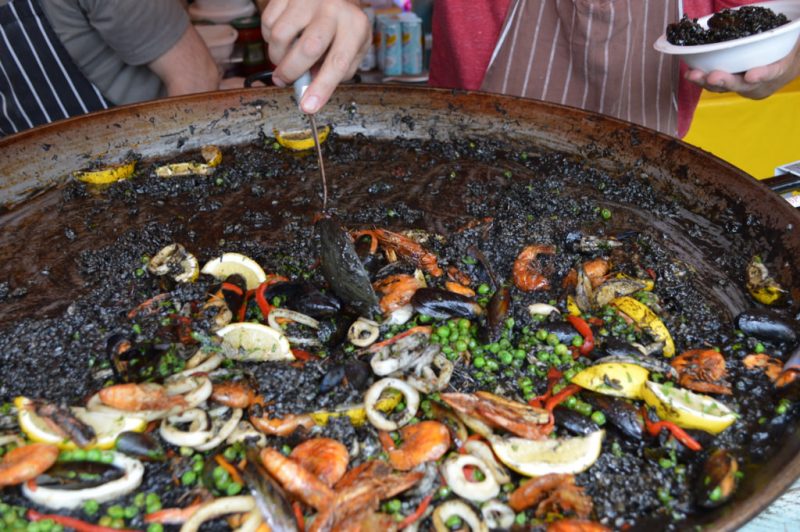 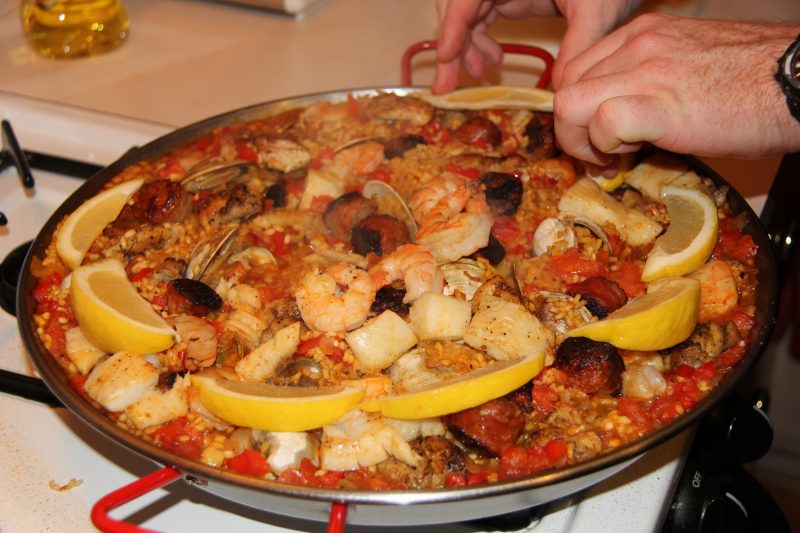 Ingredients can be mixed to give rise to a new variety of paella. Mixed paella is the combination of two flavors basically the Meat and Seafood. This is a most popular dish of Spain. It is cooked in every kitchen of Spain. This dish is not only admired by the visitors of Spain but also by the local population of the Spain country. Squid, Prawns, Meat Sofrito are used as ingredients in this dish. The customers never regret to pay for this paella at the restaurants as its strong taste leaves a very good impression. For the strong and awesome taste, this paella is highly recommended.

This paella is also known as the Paella Marinera, as it defines the Mediterranean Cuisine properly. This paella is not only good in taste but also very healthy. This paella is a perfect dish to enjoy with family. Like other paellas, this paella is also specific in its ingredients. The ingredients of this paella are Squid, Prawns, Mussels, and Clams. It is one of the most popular dishes of the coastal areas. This delicious paella is enjoyed in every season but usually, people like to eat the Seafood Paella in summers. During summers this tasty and healthy paella is admired by the people on the beach bars with families and friends.