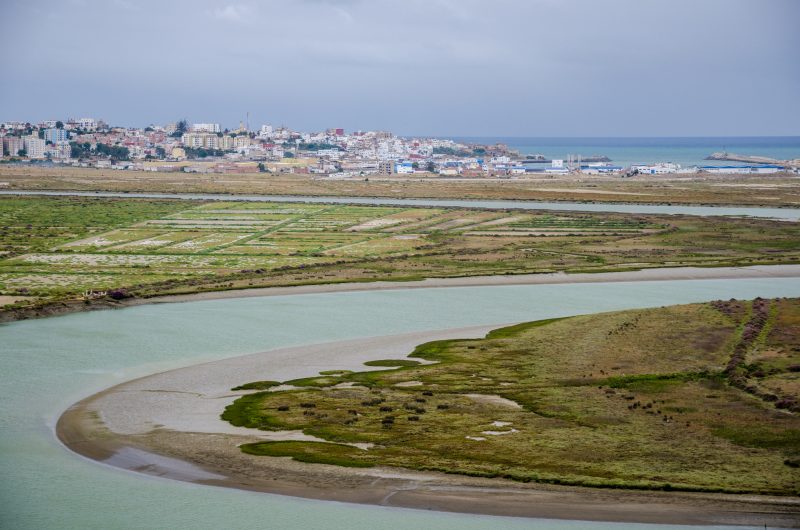 Larache is a town in Morocco that is close to the harbour, which is why it is considered as an important town in the country. Most architectural buildings in the place are of Moorish or Andalusian styles. In that regards, here are the 10 things that you can do in Larache.

1. The Ruins of Lixus

The Ruins of Lixus is considered as a tentative UNESCO world heritage site. This famous tourist spot is rich in history that dates back from the 7th century BC. It was actually an ancient Roman city that contains Roman baths, the Capitol Hill, a mosaic floor, and temples, among others. A walking tour that usually lasts an hour will surely give you all the historical facts that you want to hear.

A quick stop by @hassanhajjaj_larache's beautiful gallery inside the medina. This place is perfect for an afternoon… pic.twitter.com/dJs4f8uof8

The Galerie Afnar is a good place to go for those who are gallery enthusiasts. This place has a wide collection of photographs that depicts different artistic shots. Aside from that, you can also find other art pieces that were made by the local artists. On the outside of the gallery, you will see a plaque stating that the place is the house of Averroes, an Andalucian philosopher.

Jean Genet is a famous French poet, novelist, and political activist. He has written a lot of works pertaining to fiction, usually stories about love but mostly with political themes. The poet stayed in Larache for about 10 years before his death and wanted to be buried in such place. In most cases, the Spanish Cemetery is open in the mornings and afternoons so you can go inside and take a visit.

The Balcon Atlantico is a cafe that you can go to for your meals. Breakfast, lunch, and dinner are served at this place. While you eat your meals, you can enjoy the view of the beach as the cafe overlooks it. There are a lot of outdoor seating available for people who would want to eat their meals outdoors. The pizzas that they serve are also passable.

There are several beaches that can be found in Larache. You can find the best beaches, though, about seven kilometers north across the Loukus Estuary. On the beach, you can find Port Lixus which is a holiday resort. You can also find a golf course and a luxury marina. In addition, there are also villas and other hotels that line up the place.

The Restaurant Commercial is a simple restaurant that is located at the main square. They serve Moroccan traditional dishes such as brochettes, fried fish, and simple soups, among others. The prices are cheap and affordable which is why many locals consider this restaurant as their favorite. The service is also good and friendly. This is a testament as to why this is packed almost every night.

If you are a fan and lover of seafoods, then, you can find two of the best seafood restaurants here in Larache, namely the Puerta del Sol and the Casa Che. Both of these restaurants serve lunch and dinner. Aside from seafoods, they also have a Moroccan menu if the customers choose to eat traditional Moroccan dishes. The price of the food may start from 40 to 50 dirhams.

The Loukkos River flows from the Rif Mountains towards the Atlantic Ocean. It is one of the major rivers in the country of Morocco. This is a nice place to take photographs with the river as your background. Aside from that, you should know that the Loukkos river basin contains agricultural lands which are very productive at these present times.

You can also visit the Pointe Nador Lighthouse. This particular landmark was built in the year 1919. The beacon that can be found at the top of the lighthouse can be seen by anyone who is approximately 26 miles away from it. With regards to its architecture, you will not think that it is a lighthouse as it looks like a mosque, especially during the day time.

This building was built by Moulay Ismail and known as the Comandancia General. In the year 1911, Larache was occupied by the Spaniards. As a result, the building became the primary residence of the Spanish governor-general. It also became a military headquarters for the Spanish troops. However, in the year 1956, Morocco gained independence from Spain, thereby leaving the building unoccupied.

These are only some of the things that you can do in Larache, Morocco. The place is indeed a haven for tourists. You should not miss out on any of these things if possible.

10 Best Beaches You Must Go in Marrakesh

10 Things to Know About Museum of Marrakech