While traveling to Japan, you will mostly use trains to get to your points of interest. Walking is out of question in most cases because the cities are incredibly big. This is why you should become familiar with a few maps and railways before leaving on your trip. 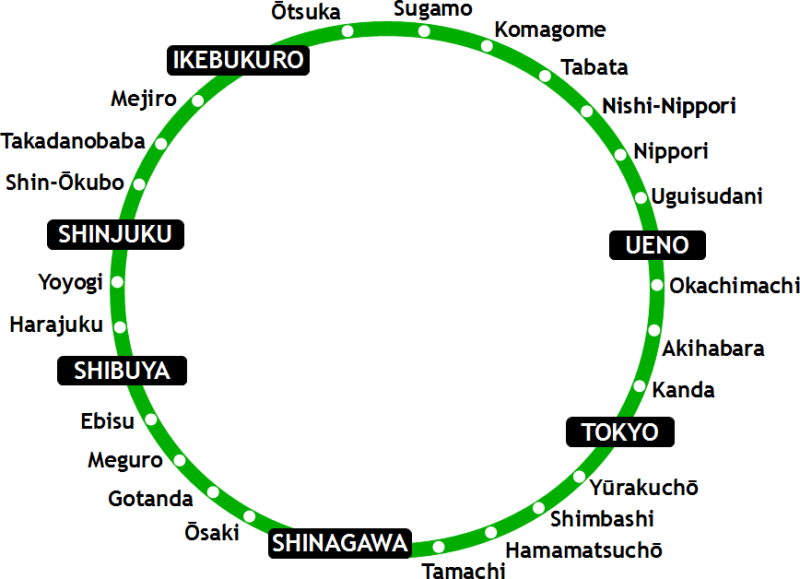 Locaed in Tokyo, Yamanote is one of the lines you will use the most during your trip. Operated by the East Japan Railway Company, Yamanote is a loop line that passes the most important train station in the capital. Most of its stations also connect to important other lines that you are likely to use when in Tokyo.  Trains operate from 04:26 to 01:18, with just a three hour closing time. The standard waiting time for trains is around 4 minutes. There are only local trains which stop at each station.

Ikebukuro Station (for the Ikebukuro area)

Hanshin Electric Railway is a private rail company that connects Osaka to Kobe. There are special express trains which stop only at a few stations and require an additional ticket and rapid express, express, and local ones. Operating hours are from 05:00 to 00:00. The waiting time depends on the train type, but typically a train comes every 5 minutes or so.

Another very important line in Tokyo is Chuo. The line connects Tokyo and Nagoya, although it is the slowest option to travel between the two cities. It passes very important station inside Tokyo and a lot of them are near spots of interest for tourists. There are many kinds of trains, from special express ones to local ones. The trains usually come at a 3-4 minute interval.

Shinjuku Station (for the Shinjuku area) 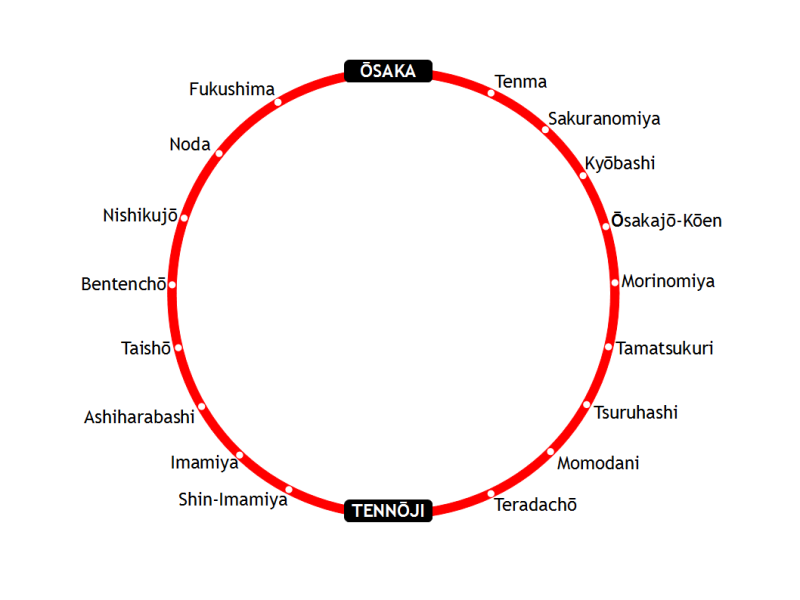 The Osaka Loop Line is a railway line operated by the West Japan Railway Company that, like Yamanote line, encircles the most important stations in central Osaka. Trains that belong to the Loop Line are locals, but some rapids and special express also use the line. The waiting time between trains is about 7 minutes. 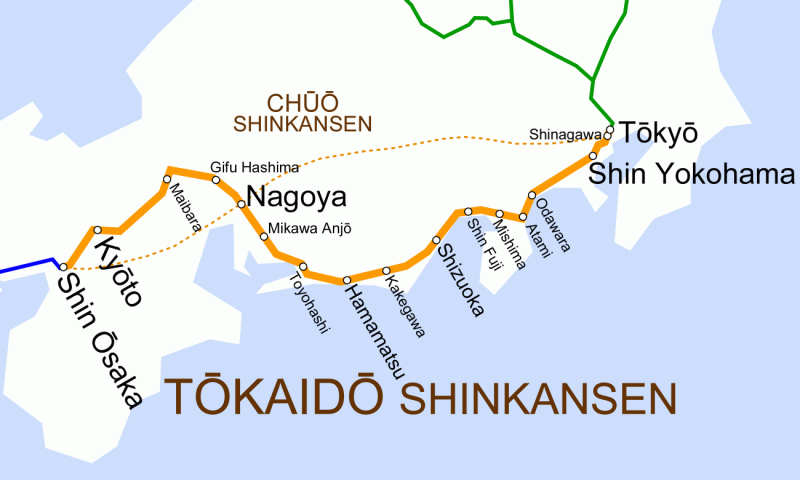 While being in Japan, many tourist use the Tokaido Shinkasen very often, being the fastest way to go between cities that are far apart. Owned by the Central Japan Railway Company, the Tokaido line connects Tokyo to Osaka. There are three types of trains: Nozomi, the fastest, Hikari, fast but stops at more stations and Kodama, the slowest. The Nozomi trains take as little as 2 hours and 22 minutes from Tokyo to Shin Osaka. 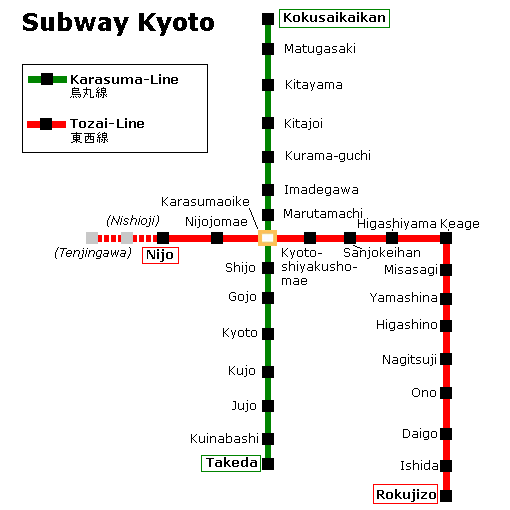 The Kyoto subway has two lines: Tozai and Karasuma. They are the main ways of getting around the city except buses since quite a few stations are close to tourist points of interest. There are discounted tickets, like the Kyoto City Subway One-Day Pass, which allows unlimited travel on both lines for 600 yen (adults) and 300 yen (children).