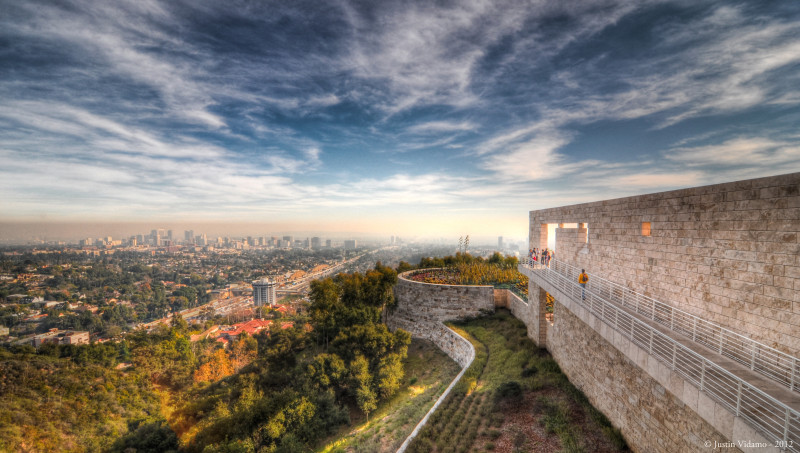 Los Angeles is known for producing some of the world’s top artists in the entertainment industry. Whether an aspiring or established actor, singer, songwriter, Los Angeles is the ideal place to be. The City of Angels, renowned for its exclusive parties, features a music scene that is undeniably one of the world’s best. Los Angeles is an essential stop for any tour of both music legends and budding musicians. Below is a compilation of Los Angeles’ most anticipated music events of the year, and there is something for everyone. 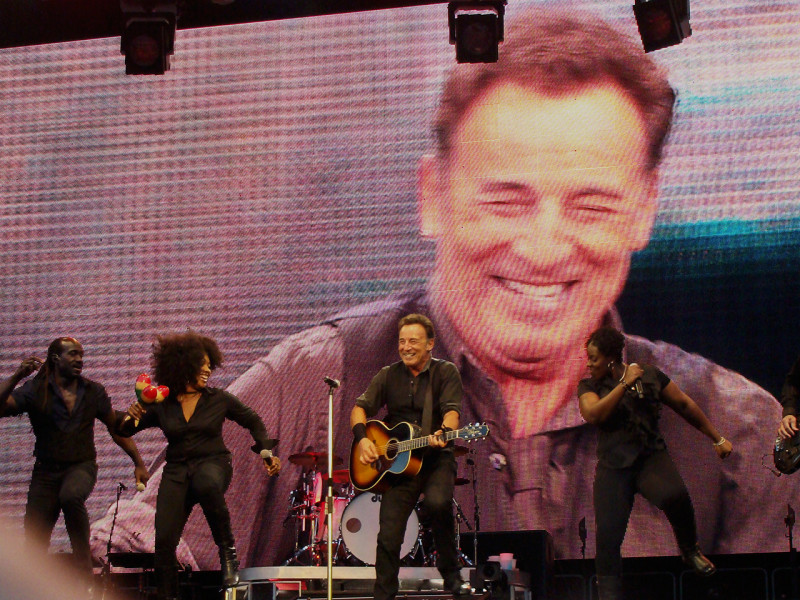 Though members of the band have changed over the years, rock singer and songwriter Bruce Springsteen has enjoyed tremendous success since the late 70s with his core members Danny Federici, Clarence Clemons, Garry Tallent, Roy Bittan and Max Weinberg. They produced their first album together, “Greetings from Asbury Park” in 1973, but did not find fame until the end of the decade. Over the years, Springsteen found his niche in writing political minded lyrics, building a steady fan base. These days, he continues to rock out at sold out shows. 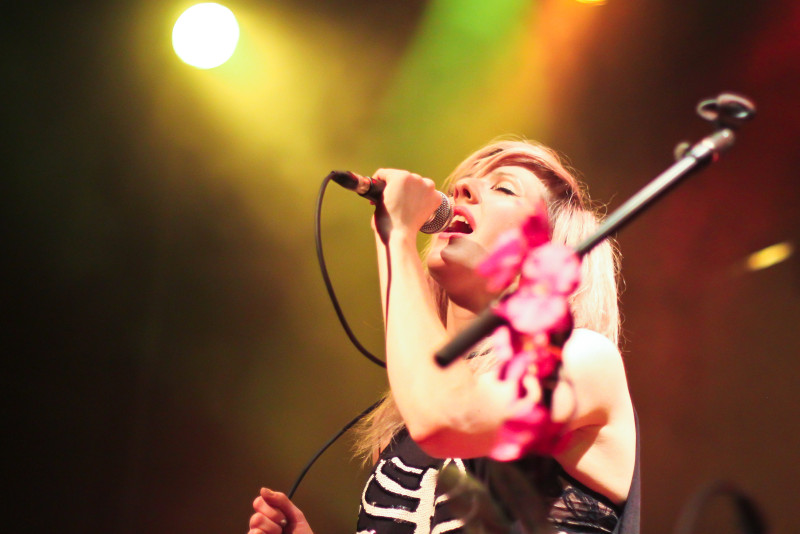 Pop singer and songwriter Ellie Goulding will be promoting her third album, Delirium, on her Delirium World Tour this year. After finding success in her first debut album, Lights, in 2010, Goulding subsequently followed up with her second album, Haylcon, which made the artist a worldwide sensation. Hailing from England, Goulding has found popularity and recognition on both sides of the Atlantic, selling over six million albums, 20 million singles, and scoring six consecutive platinum US singles. With a uniquely beautiful voice, Ellie Goulding has become a household name in British pop music. 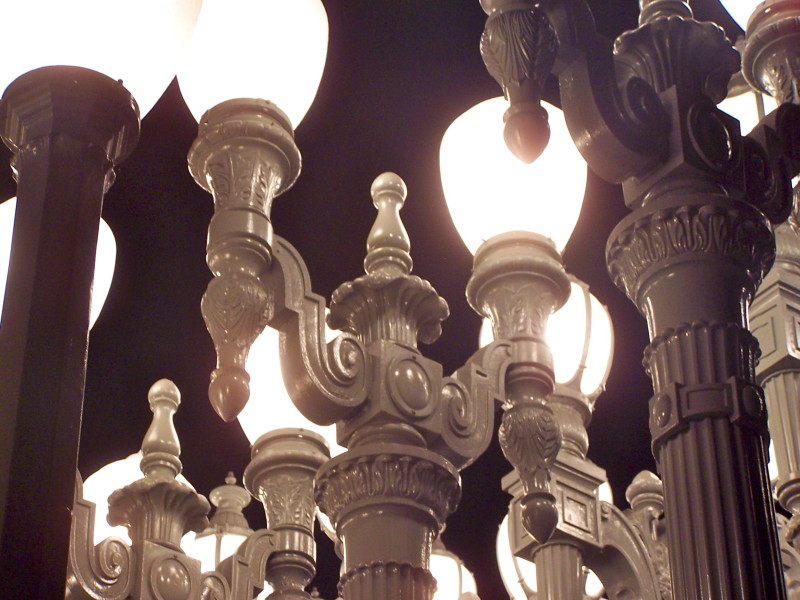 One of the Los Angeles Museum County of Art’s (LACMA) most recognisable programs is the jazz program, which hosts an annual free outdoor jazz series.  Attracting over 42,000 attendees yearly, 2016 marks the 25th anniversary of the wildly popular event. An extensive lineup of some of the most celebrated jazz musicians in Los Angeles is scheduled to appear. The Free Outdoor Jazz Series is a celebrated family event, so don’t forget to bring blankets and a picnic while you enjoy the concert on the grass. 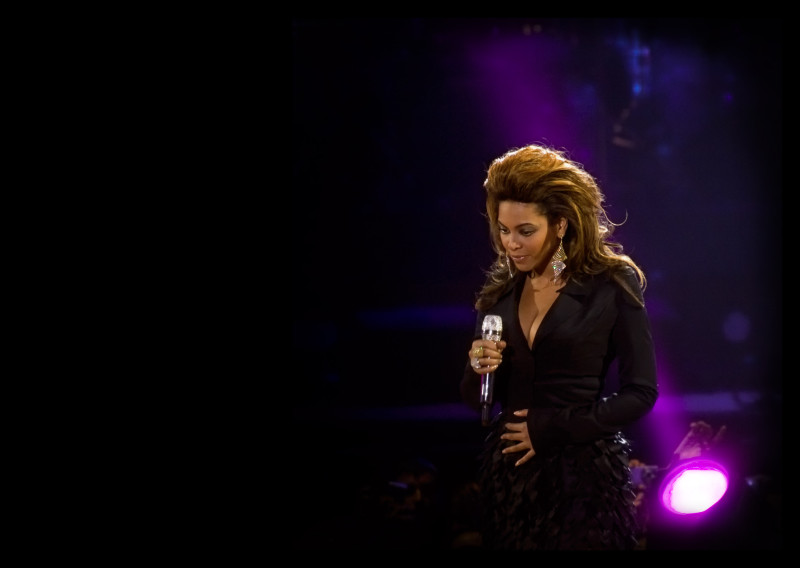 Any 90s child will remember Beyoncé  as the lead singer of the beloved R&B girl group Destiny’s Child.  Her debut as a solo artist in 2003 prompted the release of her album, Dangerously in Love. With her strong and brilliant vocals, Beyoncé rose to fame, becoming one of the most Grammy awards nominated women ever throughout the course of her career. After Beyoncé;s sensational performance alongside Coldplay and Bruno Mars at the Super Bowl this year, she announced the launch of her tour, The Formation World Tour, making this her first solo world tour since 2013. 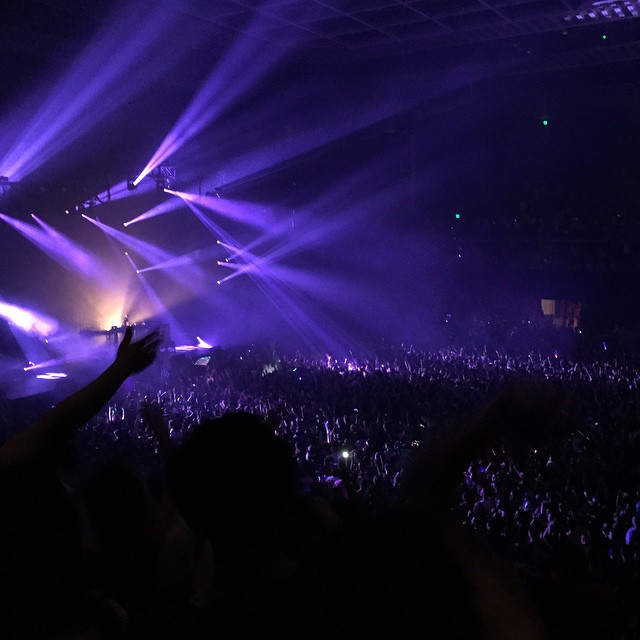 Formed in 2000, the English trio consisting of Jono Grant, Tony McGuiness, and Paavo Siljamäki are one of the world’s leading electronic music bands. Critically acclaimed for producing remixes of popular hits, Above and Beyond have hugely impacted the world of EDM and trance. One of their most notable works is their take on Madonna’s “What it Feels Like for a Girl.” When they released their first album of originals in 2006, Above and Beyond received much love and attention, and have consistently ranked among DJ Magazine’s Top 100 DJs Poll. 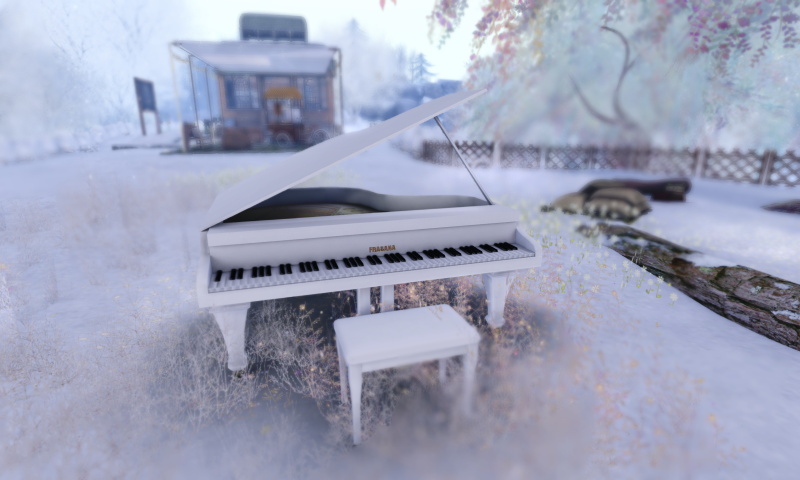 YouTube sensation The Piano Guys are comprised of four dads Jon Schmidt, Steven Sharp Nelson, Paul Anderson and Al van der Beek. They have built a strong following on the Internet, best known for producing original self-made music videos of piano and cello covers of popular hits beginning in 2010. These amazingly talented musicians display their gift of combining pop rock with renditions of classical music, featuring the works of artists such as Christina Perri and One Direction. With Sony Records, The Piano Guys released their first self- titled album, and landed at number 38 on the US Billboard 200. Witness their incredible abilities on tour this summer. 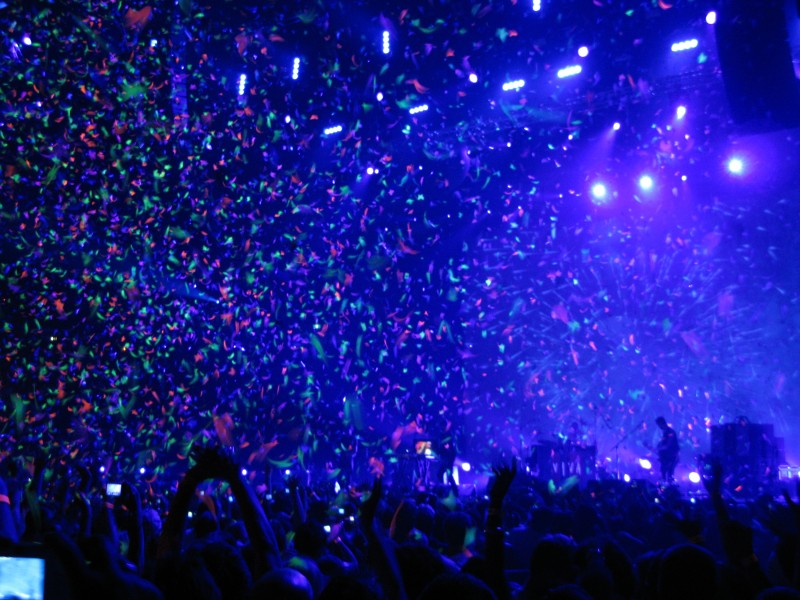 This British pop rock band began in 1996 with lead vocalist Chris Martin and guitarist Jonny Buckland. The duo invited Guy Berryman and drummer Will Champion to join, underwent a few name changes, and are now forever known as Coldplay. The band skyrocketed to stardom, with their wildly popular single “Yellow” achieving commercial success in 2000. Coldplay has topped album charts in the UK and US, winning numerous MTV Music Video Awards and 7 Grammys from over 25 nominations. Coldplay’s music proves to be crowd pleasers, appealing to audience members of mixed generations. Catch them on this summer’s A Head Full of Dreams tour. 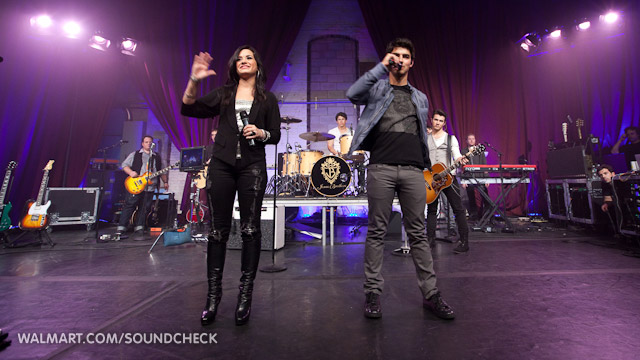 From Lovato’s humble beginnings on the Disney channel’s Sonny with a Chance and Jonas’s on Jonas, former Disney stars and long time friends will be co-headlining their sixth tour together this summer, Future Now. Starring together in the Disney Channel’s Camp Rock 2, they have built a strong and dedicated base of younger fans, and their renowned high energy concerts and impeccable vocals have allowed Lovato and Jonas to enjoy tremendous success. While Lovato will be promoting her newest album, Confident, on this tour, fans wait anxiously for Jonas’s latest release. 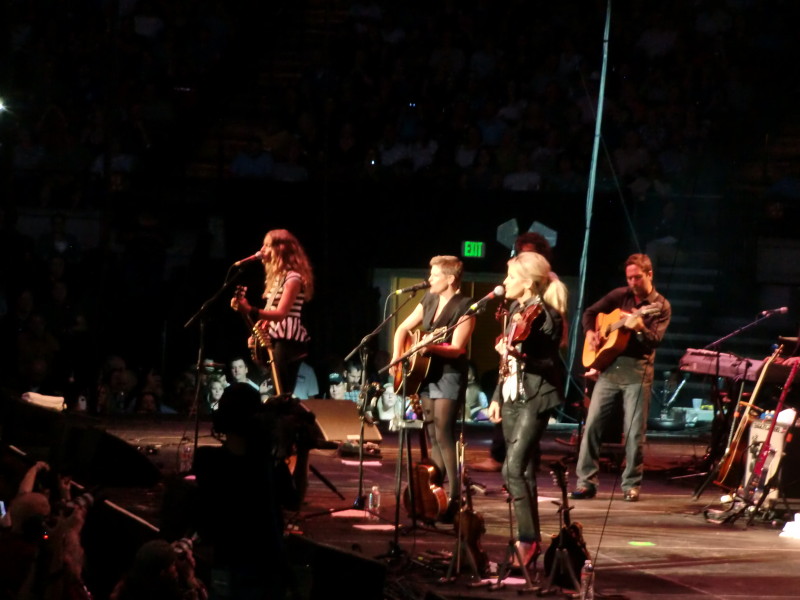 A country group hailing from Dallas Texas, the Dixie Chicks began their career by touring small venues for a few years. Originally a foursome, Robin Lynn Macy departed the group due to creative differences. With the subsequent replacement of the lead vocalist, and a slight revamp of their repertoire, the now trio went on to produce exceptional albums, achieving world recognition in 1998 with “There’s Your Trouble” and “Wide Open Spaces.” The Dixie Chicks have won a whopping 13 Grammy Awards, and sold over 30 million records worldwide with their country tunes. Country fans, don’t miss their World Tour MMXVI. 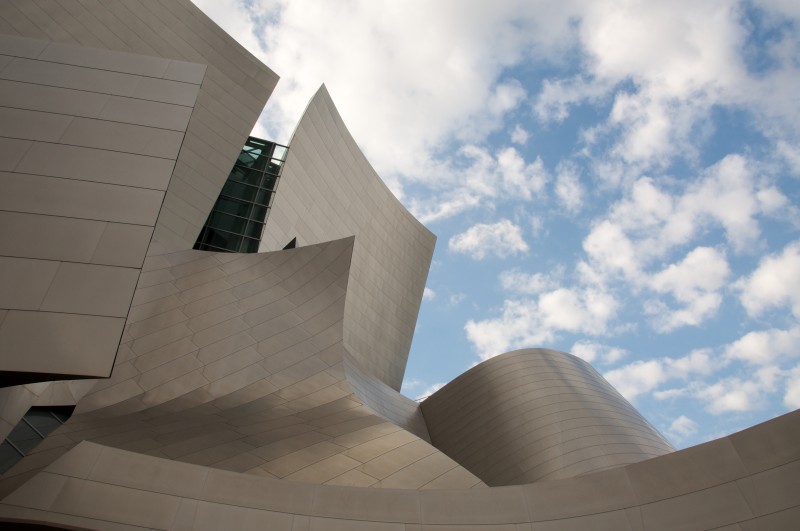 Exciting lineups of artists and performances have been scheduled for 2016. If you are in and around the Los Angeles area, don’t forget to check them out for an unforgettable concert experience.

10 Hotels You Must Stay in Beverly Hills

7 Places to See Movies in Pasadena