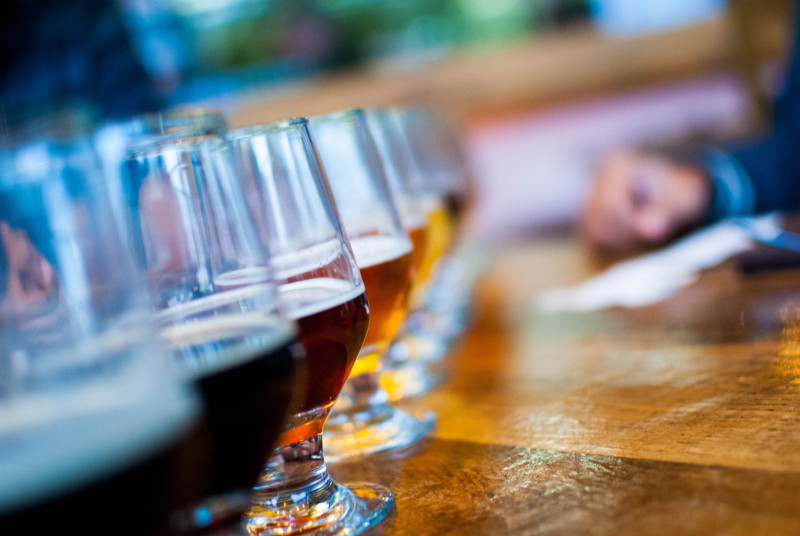 To find brewhouses in San Diego is very easy because there are more than 70 you can find there. But it is challenging to make 7 recommended breweries from 70. Although it seems to be just erasing the number “0” behind the “7”, it needs much time to decide. It’s because every brewery has its own uniqueness and each of them brings homy feeling. If 70 is just too much for you to travel in a week in San Diego, we make it easier. So, here are 7 top breweries you need to try in San Diego.

It’s a tight competition for San Diego’s breweries to win the reputation among the society. If you look for few breweries that are excellent in making beers with local brewing, try to come to Societe Brewing Company. There are experts hands working behind the locality of what a local beer should be. The way they assemble local ingredients to make great beer is professional that their beer could make people stay longer for adding a glass or two.

This place is a high quality brewery you can trust in San Diego. As the owner is certified as a Master Beer Judge, you shouldn’t take for granted the taste of beers at AleSmith. It’s in the hands of Peter Zein that makes a just beer becomes an extraordinary one. Besides the tasty beer, the consistency of the taste makes people adore the product. If you are a craft beer fan, you should spend some time in this place. Try the variants of brewed beers in this place and beware to make yourself come back there again and again.

Don’t judge a book by its cover. It is best describing one small brewery in Kumeyaay Highway, San Diego. If we look at it from outside, we’ll not recognize that Alpine Beer Co. is not a brewery. It looks like a small diner. Once you go inside, the smell of the fresh craft beer will hypnotize you to sit down and take one glass. Some favorites from this place are Exponential Hoppiness, tropical Nelson, Duet, and Pure Hoppiness. Mark one day to go there to enjoy the special signature beer.

There are only few breweries which are like Ballast Point that can combine brewing and distilling in one place. As it has smart ways to make craft beers, it is able to make many variations of beers. You can explore from the smoked to chili beer, ales to lagers, and many other more. Another great thing is that it has branches. So, you will get easier access to enjoy its beers. You can choose its branch in Linda Vista, Scripps Ranch, or Petco Park. 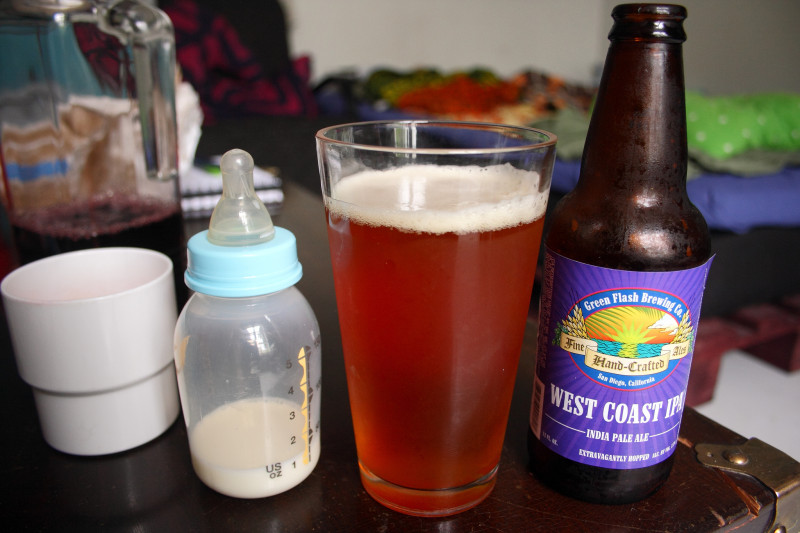 Green Flash is one amazing brewery you can find in San Diego. After its nearly-to-dead more than 10 years ago, this brewery has been growing so fast to be one of the top places where everyone can enjoy the craft beers in San Diego. The brew master hired by this company has made the fate changed by itself. It’s popular with its IPA-style beers. Besides, it also brings the Belgian and English beer but still catching the local taste. So, it’s a perfect combination.

Many breweries provide Belgian beer with their own way. Latitude 33 also has the same thing. But instead of making the same thing everyday, it makes its own craft beer. Using the wheat ale, Latitude 33 is popular with its brown ale with rye. So, you can imagine the taste it can be. The bitter from the brown ale and the delicious taste of the rye makes the bitter savory. This place is definitely designed for craft beer enthusiasts who dare to taste any new form or variation of beers.

There are so many breweries making the sour beers and barrel wine for their beer menu. As there are many places do the same thing, you might be curious upon one most special place that serves the best of the best. The Lost Abbey is one destination you should go. There is one expert in this class for dure, Tomme Arthur. He knows really well the secret to make more than special blend barrel with other ingredients like the tannic, oaky, or fruity beer. So many flavors in one glass but they play perfectly in your tongue.

Another destination is South Park Brewing Company. Its owner, Scot Blair, is very popular for his business in the same field, beer crafting. As his former businesses, Monkey Paw and Hamilton’s Tavern also get the same popularity. This South Park tiny pub is one simple destination for amazing signature beer. Make sure that you try its incomparable 2 Griffs Pale Ale and Scripps Pier Oyster Stout. You can also order the additional menu, including seafood. The tiny brew pub will surely give huge feeling with its beers.

You might think that it’s a new brew house so you could act like you take it for granted. You should really try beers in this brewery to open your eyes. Fall is a new brewery that should be taken into account. Though it was opened November 2015, but it’s one of very few new breweries that could be enlisted in a hit. It’s in the hands of Ray Astamendi as the co-owner and the professional brewer that could make people stay longer for a beer or two.

Half Door might be one year after it officially operated in 2015. However, this house is already a recommendation of many people for those craving for quality beers in new breweries. Dan Drayne, its co-owner, really takes into account the quality of every beer this house produces. That is why, in this house with patios, the taste of the beer is like a brewery that has been operating since so many years ago. One most recommended menu from this house is its berlinerweisse. Take one friend or more to enjoy the beer.

There are some variations of beer taste. One of them is the sour beer. One glass of bitter drink mixed with something sour inside the mouth. It would be a shocking yet relaxing taste. Toolbox is a recommended brewery for its sour beer. Although this house is relatively new among other same businesses, its craft beer should worth your thumbs. The creative combination of fermentation and wild yeast is its original craft you should never let go.

Bagby Beer is another newly opened brew house in San Diego. It has some bars inside and some outdoor seating. So, you have plenty of chair space indoor or outdoor. This new brewery keeps its quality by the existence of its master of a brewer, Jeff Bagby. He makes sure that every list of craft beer this house produces is on the top notch. You might be surprised but you can proof it by the crowds that come regularly to this place.

Dear stout brewed beer lovers, if you crave for the best stout beer in town, you should spend some time at Abnormal Beer. This brewery has the expert in brewing so you should not doubt the quality of its in-house beer production. There you can also directly find The Cork and Craft restaurant and Mostra Coffee Roasters because this brewery makes a partnership with these restaurants. So, you can enjoy something more in this brewery. While waiting for the special beer to come, you can order a sandwich from The Cork and Craft.

Explore East County San Diego and you can find a new brewery restaurant managed by two masters, Callaway Ryan and chef Alex Carballo. These awesome people work together to make craft beers people will not refuse. From several lists of beer they produce, you should try Jumbo IPA, saison, and brown beer. These amazing kids will make you add more glasses in one visit. It would be so much happiness if you also bring your friends or family.

Last but not least, Home Brewing should be on your list. This brew house is also new because it opened at the beginning of 2015. The special thing from this house is you can also see the supply of its ingredients in its available store. You can see the ingredients for malt, yeast, hops, and local beer. You cannot enjoy the beer only but also get to know what recipes to make unforgettable beer from this new brewery. There is no space left for you to doubt this house.

What a fresh list now you’ve got! There are still a lot of places you can explore on their craft beers. These 15 spots are recommended as they have a quality beer with many kinds of variations. The great thing is that they produce their beer by themselves so you can taste the difference and uniqueness of each product.
Have a good trip and travel!