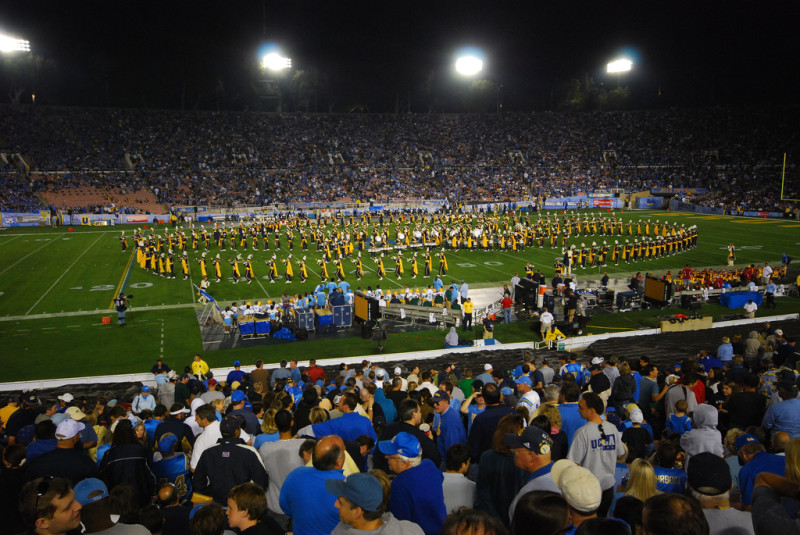 Why Rose Bowl? You may wonder. The Rose Bowl is a stadium famous for hosting the college football bowl game. It is one of the most well-known stadiums in the United States. So many important matches were played at this very stadium. Super Bowls, NCAA Championships, even the Olympics. It was designed particularly for football but it hosted other sports as well. Maybe you are a sports fan, but you do not necessary have to be. This stadium is home to many events throughout the year and we will go through them in this article. 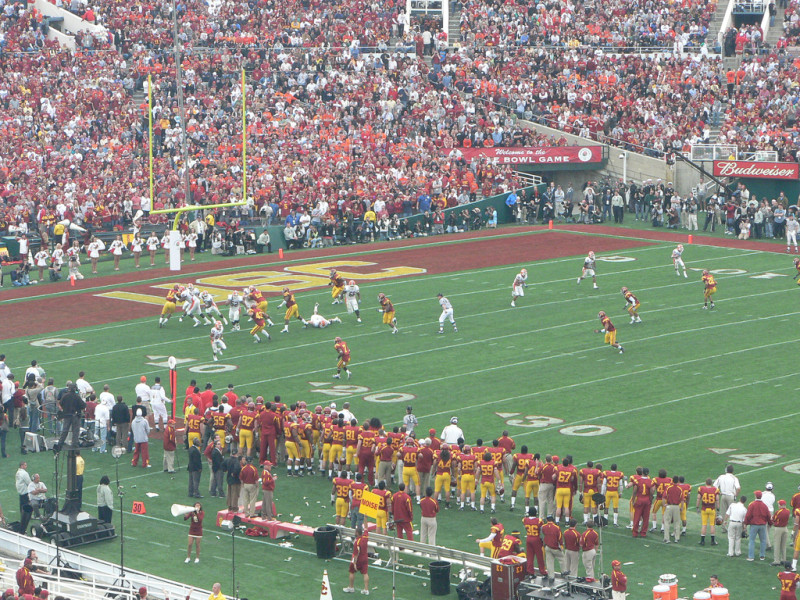 Rose Bowl was built in 1922. It is accepted as a California Historic Civil Engineering landmark. At the same, the stadium grew to become a United States National Landmark. This is the place where multiple Super Bowls were held. In 1973, the attendance record was broken with 106,879 visitors at the Stadium that day. Rose Bowl was a host to Olympic games in 1932 (cycling) and 1984 (soccer). The stadium also hosted the Olympic Gold Medal Match in 1984, FIFA Women’s World Cup Final in 1999 and FIFA World Cup Final in 1994. Pretty impressive, isn’t it? 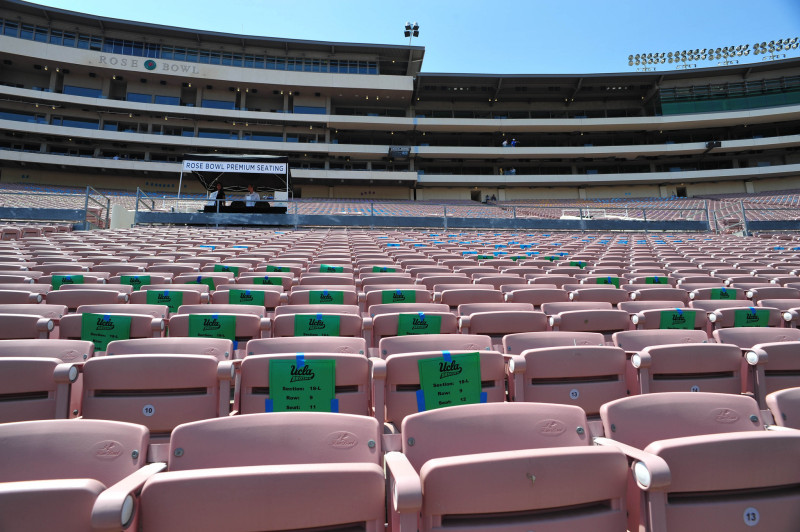 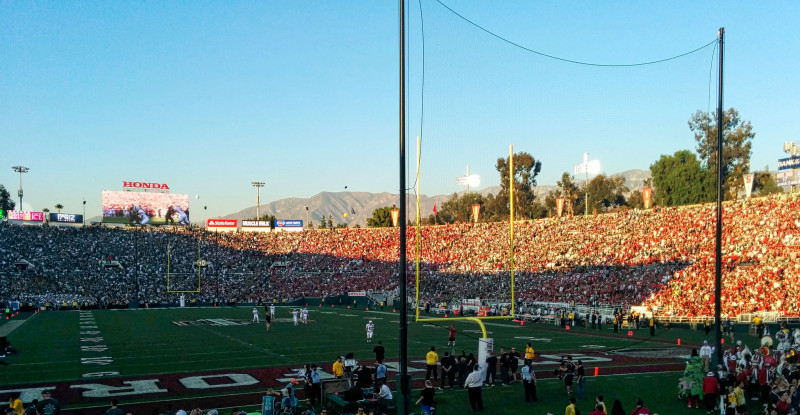 After the Tournament of Roses Parade which occurs on New Year’s day, you have the chance to see the Rose Bowl Game. It is one of the reasons this stadium is best known. This game is often referred to as “The Granddaddy of Them All”. Rose Bowl Game is one of the oldest and most popular bowl games, that is where the nickname came from. Since 1942, this was traditionally the first postseason college football game of the year. Only one year it was moved to Durham, North Carolina and that is one of the reasons that this game turned out to be a big part of the town’s folklore.

UCLA Bruins are the sports teams who play for the University of California. Rose Bowl has been their home field since 1982. The stadium was also a host to rivalry games between UCLA and USC due to the agreement between the management of their teams. This game is regarded as very important to the local people. A lot of attention goes to the teams, especially the winning side.

Not only that you have the chance to see sports events but you can enjoy having memorable music experiences with many notable artists mostly from US ground. Since 1968, here performed The Cure, Metallica, Guns and Roses, Michael Jackson, Pink Floyd, Whitney Houston, The Rolling Stones, Jennifer Lopes, and much more. Beyonce and Coldplay scheduled their concerts in 2016. Enough said. You should definitely book the tickets if you find yourselves there at the time.

Americafest is part of the Rose Bowl’s tradition as well. This event was held annually to celebrate the Independence day since 1927. You can enjoy the beautiful fireworks and be part of something that locals are really proud of. Another popular event is hosted at the stadium’s parking lots the second Sunday of each month. It is the Rose Bowl Flea Market. This is the place where even superstars visit in a search of beautiful antiques and things you do not usually find at other places. It is considered as one of the largest Flea markets on the West Coast.

You can find the Court of Champions at the south part of the Rose Bowl. MVP players and the name of the coaches are presented on the walls, in addition to Rose Bowl Game records. For all those fans who are fond of statistics and those who like to remind themselves of past times. You can also visit the Hall of Fame. This is place is renovated in 2014 it allows you to see more plaques on the walls.

What more to say about this venue? Do you know that feeling where everything else seems to fade away and you are only focused on what is going at that very moment? The moments where you do not want to be at any other place in the world? Share these moments with someone you care about and spend unforgetful time at a very spot where history has been made.

Have a good Trip and Travel!

15 Hotels You Must Stay in Los Angeles

10 Hotels You Must Stay in Santa Monica

7 Places to Go Flea Market and Yard Sale in Pasadena