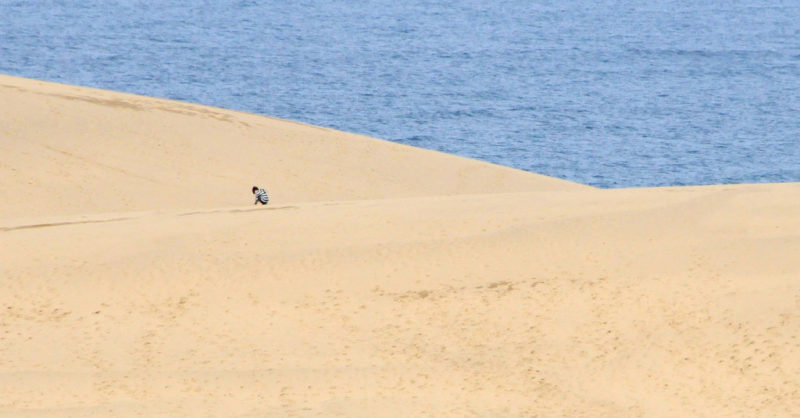 Tottori Japan is a city in Japan that holds historical value and caters for tourist attraction. It comprises of narrow flatlands, long coastline and mountainous area. The scenery expressions change from season to season, and the Tottori Prefecture abounds with it. The Tottori is a breathtaking, magnificent city, and the sights enjoyed from trains along the coastline. A lot of old ruins have been found there dating from 400 BC to 300 AD and also a lot of natural sites among them. There are a lot of activities in Tottori and some places to visit in order to enjoy include; 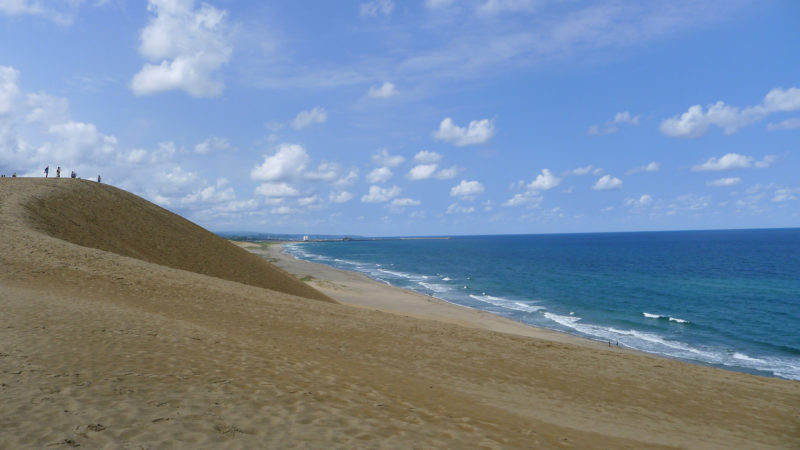 They are Japan’s largest dunes formed by volcanic ash. They stretch 16km wide and 2km long, located near the Tottori city. The hilly topography creates beautiful features unique to sound dunes. The wind keeps on metamorphosing their aspects. It is magnificent, and it attracts a multitude of tourists. The wind whistles as it alters the sand. It’s doubtlessly the priority site to see. 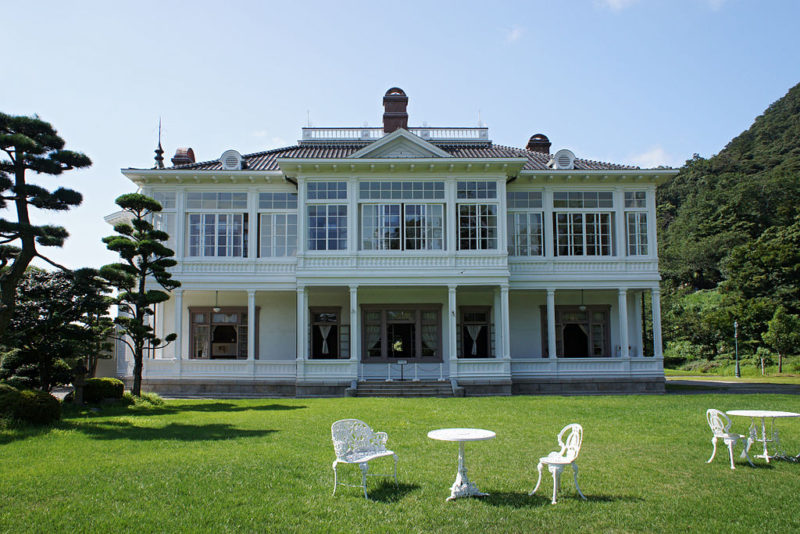 The Jinpukaku Mansion built to entertain Emperor Taisho in 1907, was an exquisite French Renaissance. Behind it, there lie the Tottori castle ruins which were the abode of Tottori domain for their feudal lords. Most parts of the castle taken down in the mid-nineteenth century and twentieth early century but part of these walls still stands today. The surrounding area is popular for viewing cherry blossoms during springtime and also has a lot of cherry trees. Exotic explains the site! 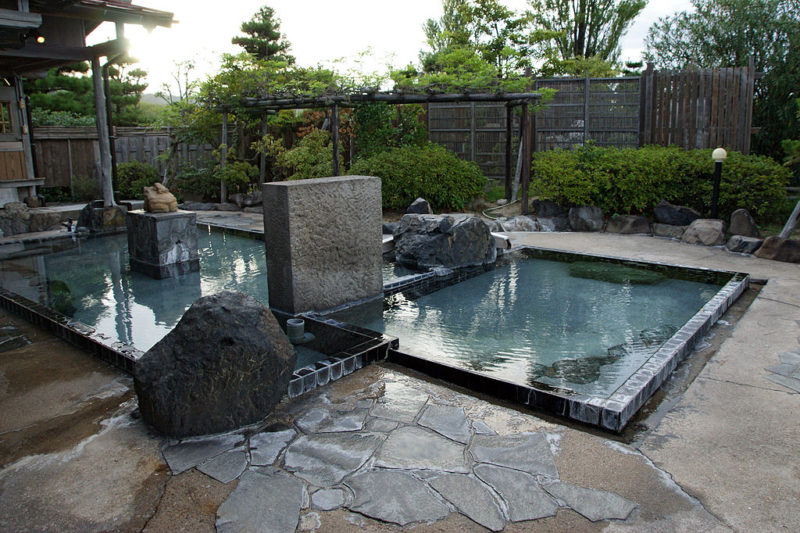 Tottori hot spring has its water source in the middle of the city making it a different hot spring. People come to enjoy hot spring water in hotels, guest houses, and public baths. Hot spring water is good for relaxation as one can soak in a hot spring water bath, whereby the steam emerges from the surface. The nearby inns and hotels make it hard for the guests to leave for their experiences are memorable and nostalgic.

Yoshioka hot spring is situated south of Koyama pond in the mountains in a peaceful village. It is suspected discovered about ten centuries ago. The sight is alluring as more fireflies make the view spectacular. The legend behind the hot spring is that it cures fatal illnesses, and one of the historic Lords frequented the spring for its curative properties. The scene there is epic as there are wooden Japanese inns. The cuisine is of local design like catfish from the Koyama pond. Try the spring; it might be magical!

The Hakuto Beach is a perfect place to relax, swim and watch the sunset. It has a myth passed on of a white rabbit that was attacked by sharks but healed when it bathed in the sea after advice from a traveler. People from all over the world come here due to the alluring sunset and the warm sea-bathing. The weather experienced is good especially in summer. For holidays and vacation, come and enjoy the fresh waters!

Minato Oasis is a vital part of the eastern part of Tottori.It includes the Tottori and Karo port where a historic fishing port became a marine resort center. It has a crab aquarium, a well-renowned fish market, and indigenous restaurants. It is an ample entertainment area. Seafood lovers frequent it, and the cuisine is sumptuous and delicious. The Minato Oasis was first opened in 2004 and has recently become famous among the locals and the tourists at large.

This festival is performed in the eastern part of Tottori Prefecture and held annually on the second Saturday of August. It’s usually the greatest festival in Tottori featuring around 4,000 participants performing a dance called the rain or umbrella Inaba dance which is a traditional dance of the Tottori people. Anyone can join in the dance. The shan-shan festival derived its name from the reverberation of both the bell and water boiling sounds. The pomp of this festival was received recently in the whole country. 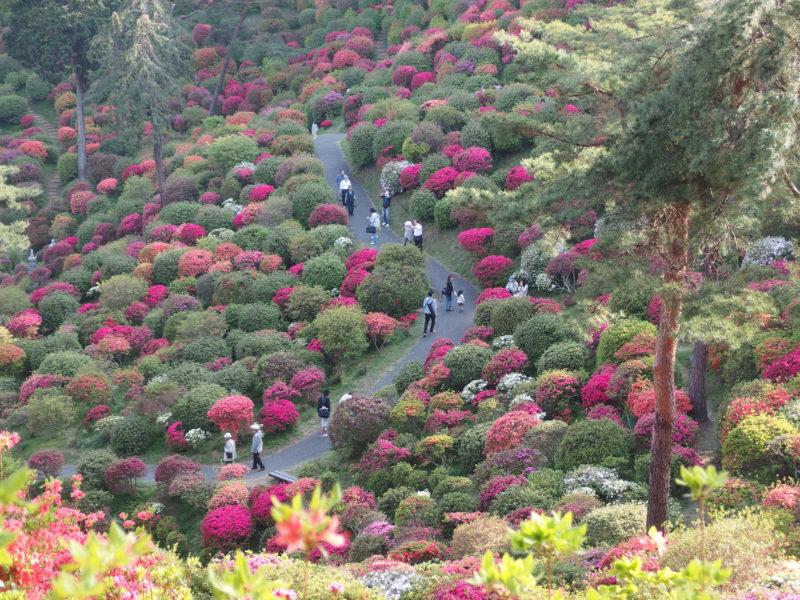 The Kannon-in garden fashioned with the incorporation of mountain forest as its natural background. Work on the backyard took around ten years from 1650.This garden viewed from a hall with a Buddhist sutras veranda. The garden has a pond in the middle of it.The site is perfect for a romantic or even family walk as it makes you appreciate the exotic beauty of nature. Take time to visit this new indigenous garden. You might end up on one knee! 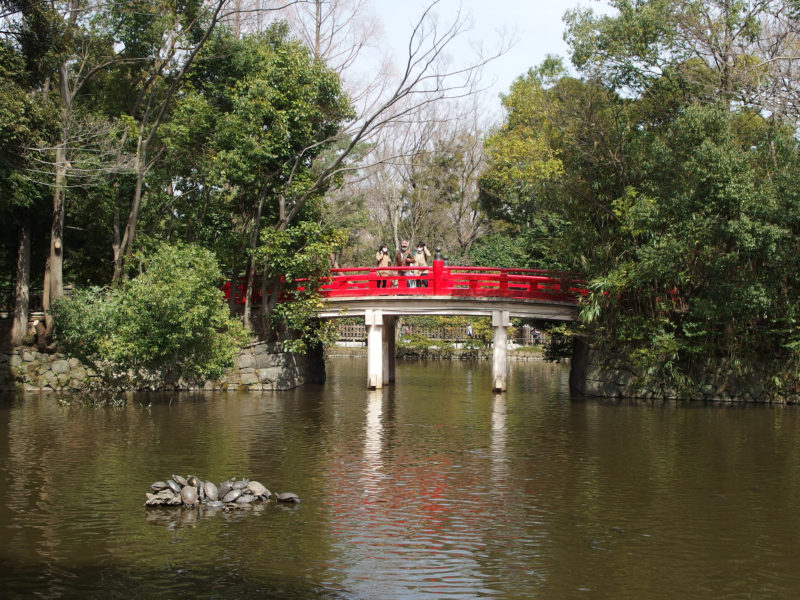 The Ochidani Park, one of the most beautiful parks in Japan, is located next to Ochidani Shrine. The park includes six parts which are; the Tottori City Museum, a section of a plaza of plum and cherry trees and Japanese style hall, Tottori Toshogu shrine, forest park and the Omiya pond. In recent past, it became the ultimate preeminent spot for firefly watching on eastern Tottori prefecture since fireflies bred there. The Tottori museum is conversant with the samurai allegory in Tottori. The Omiya pond seems to be an augmentation of the temple gardens in Kyoto and is said to be a native Japanese garden. 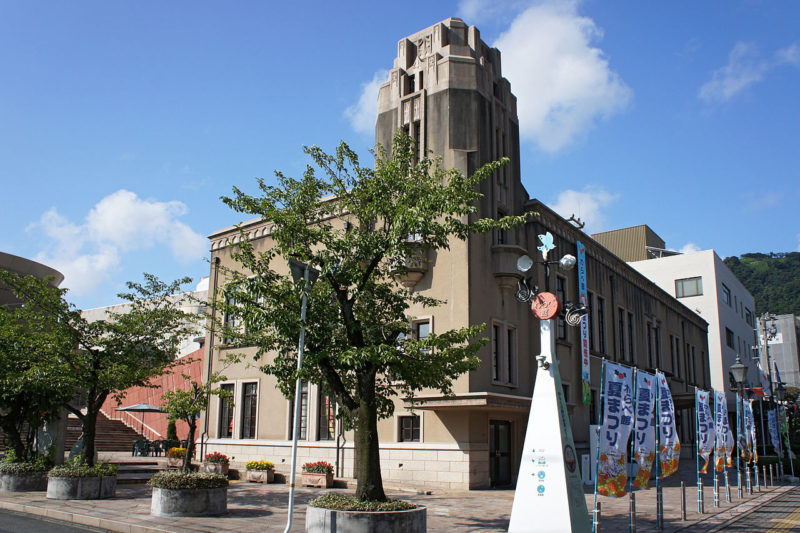 The Warabekan, once a prefectural library, has been altered to be a songs and toys museum for children. It is very popular with the children and adults due to the array of world’s toys, cartoon hero’s figures, toys that move and the sentimental wooden elementary school classroom. It first opened in 1995, seventh July.It has two operations which include children songs and toys of erstwhile and memorialize the Tottori world toy exposition’s success of 1989. It’s an ageless and amazing place for kids and adults at large. 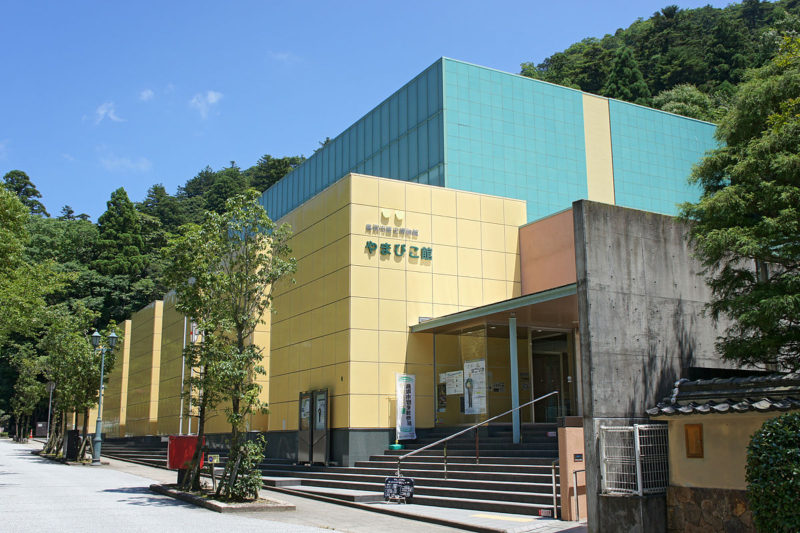 Intrigued by the culture and history of Tottori city? The Yamabikokan museum will doubtlessly satisfy your hunger for the knowledge! The Yamabikokan is the museum of the town’s history. The museum is famous for housing historic artifacts and culture of the city and is among the major tourist attraction sites in Japan. It offers excellent explanatory graphical reproduction of the famous Tottori Castle plus the city’s aerial photographs. For academic and general knowledge, the museum often holds significant exhibitions that are allegorical of the city’s history.

The Koyama pond, located west of central Tottori, is eighteen kilometers in circumference with the water depth of about 2.8m.It’s the largest lake in all of the Japan. Among its’ seven inlets, the Aoshima being the largest has been developed as a park. The Koyama despite being a residence of freshwater fish is also famous for the dazzling view of the sunset and cherry blossoms that brighten the atmosphere with pink colors. It’s supported by UNESCO since its vitality is of scientific importance and is also a site for academic research due to ancient relics and castle ruins discovered near it. 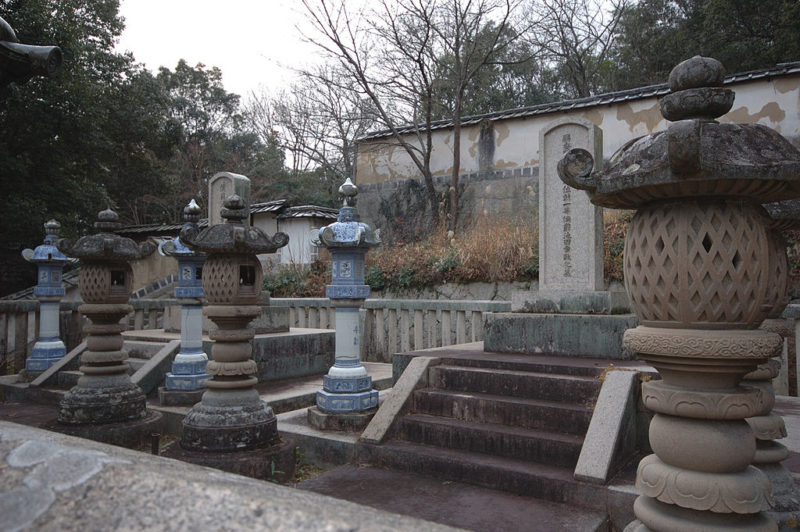 Dubbed as a national historic or famous site is the Ikeda Clan graveyard.This historic cemetery contains the high and mighty of the Ikeda Clan where the gravestones of the former lords uniquely placed on stands shaped like a tortoise. Here, the many generations of feudal lords who ruled the Tottori domain and their families are buried. This graveyard preserves the grave style of the significant period from the seventeenth to the nineteenth century, hence holds an immense historical value. 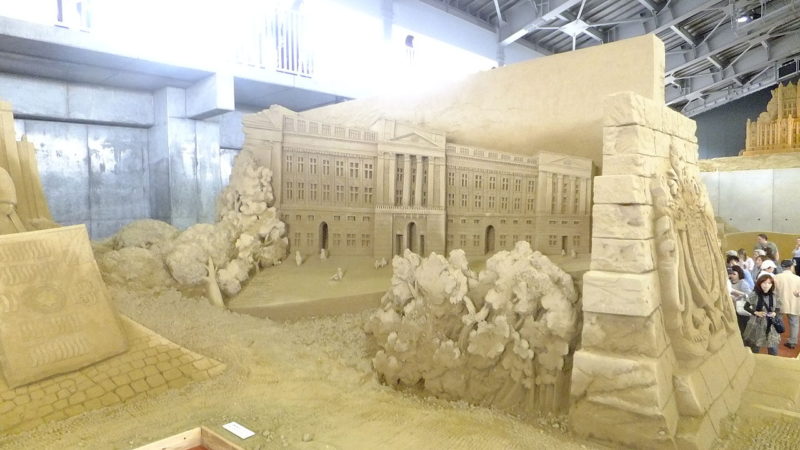 The Sand Museum was first opened in 2006 in the Tottori prefecture. It is a one of a kind museum with sculptures made of sand. After its reopening in the year 2012, it became the first durable exhibition space in the world. You can be sure to be mesmerized by the stunning sculptures of sand and the other works of art, on display. 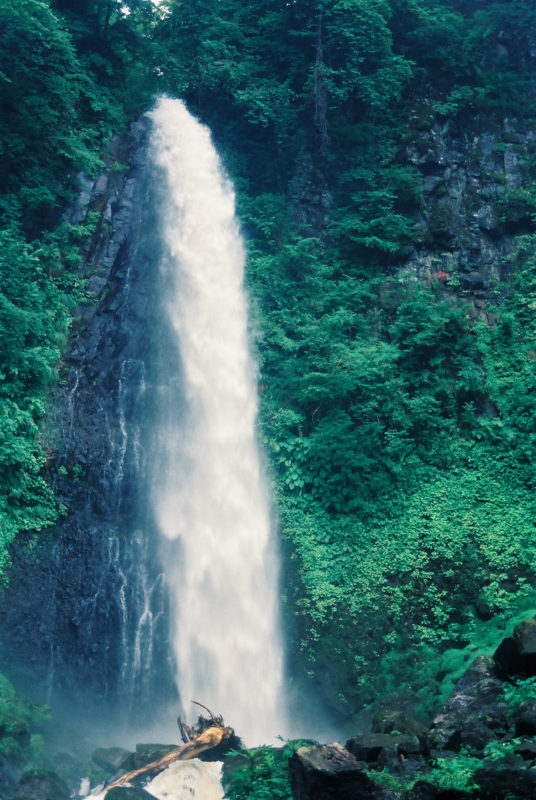 Have you had enough of the air pollution? The Amedaki waterfall is the sight to see and visit! The Amedaki Falls is one of the Japan’s top 100 waterfalls and is 40m high. It’s found in the Tottori prefecture in its eastern part and provides exquisite scenery. Further up the mountain, there are around forty-eight minor waterfalls. It brings out nature’s grandeur as the atmosphere around is calming and peaceful and the air so refreshing. It’s easily accessible by car, and there are hotels nearby. Everyone is welcome!

Be it a walk in the sand, a plunge into a hot spring or just to fulfill the urge for more in depth knowledge of the local culture; for all these and much more, Tottori Japan has got you covered.

10 Best Restaurant to Go in Okayama

15 Things About Atomic Bomb in Nagasaki and Hiroshima