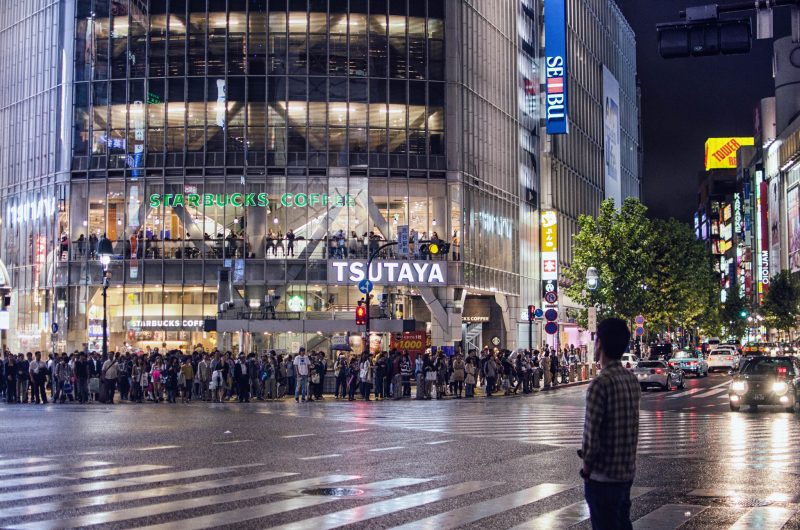 Been at the Shibuya Crossing yet? Well, no visit to Tokyo would complete without taking a walk across the famous intersection just outside the Shibuya Station. Touted as the world’s busiest, this intersection is also referred to as ‘The Scramble. ‘One of the largest pedestrian crossings in the world, it’s good to stand and watch it a couple of times; it looks so beautiful and it’s so picture-perfect you just can’t help yourself staring at the awesome spectacle of giant video screens and heavily decorated neon advertisements. It’s definitely a must-visit to Tokyo. 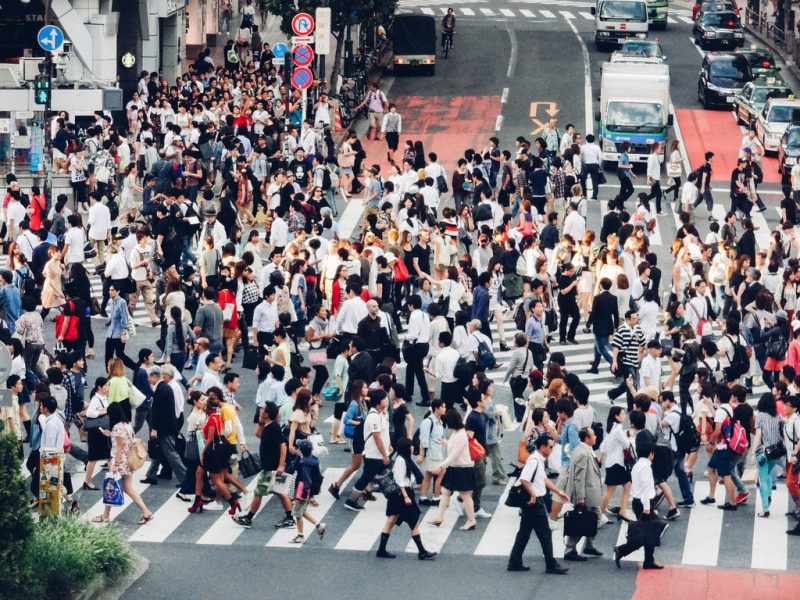 Ever wondered why it’s called The Scramble? It’s the busiest pedestrian crossing outside the Hachiko exit of Shibuya Station, where people coming from all directions intersect – sometimes over a thousand with every light change – and yet somehow manage to evade the chaos without the hassle. The traffic lights change at every 2 minute cycle. It’s definitely the most iconic landmark of Tokyo and the most remarkable feature of the crossing is the people. 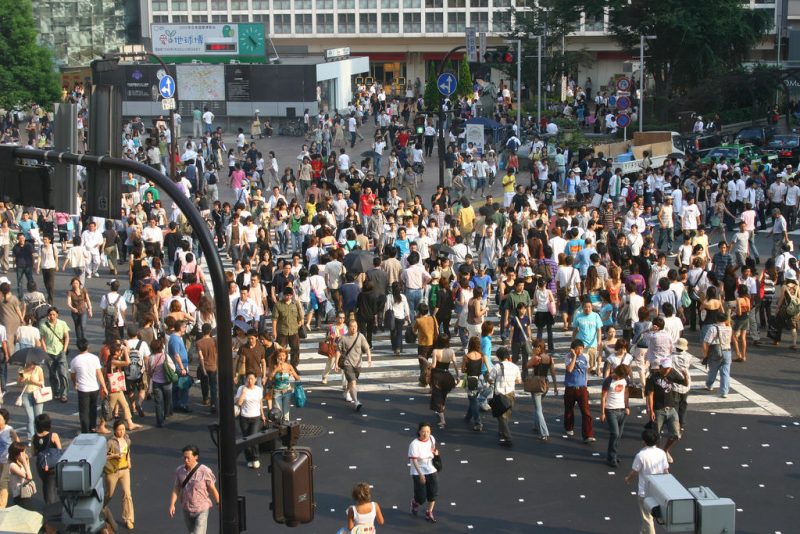 The sprawling intersection with hundreds of people crossing each other is a prime photography moment in itself. There’s a particular view from the giant Starbucks on the 2nd floor of the Q-front building, when all the people meet at the crossing from all sides in a frantic mess, creating a picture-perfect spectacle. Its seating area makes for a perfect view overlooking the intersection. The giant TV screens mounted on the buildings only add to its magnificence. 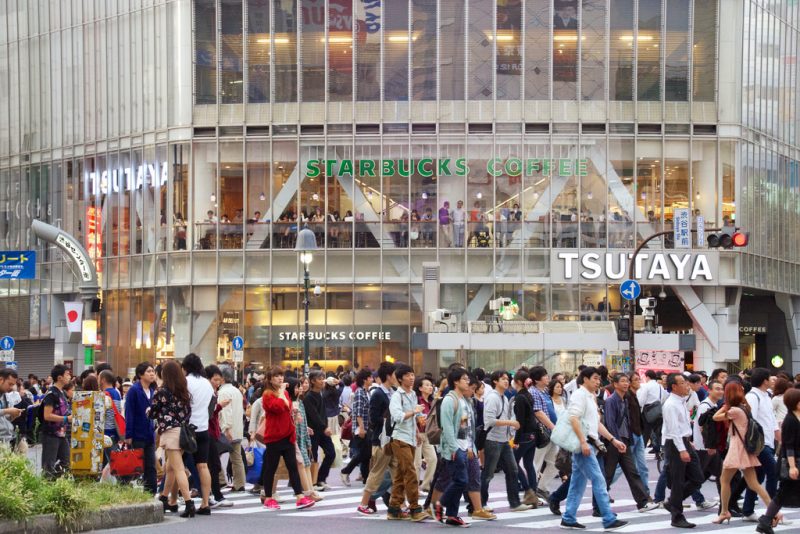 There’s more to it than the Starbucks overlooking the Shibuya Crossing. Despite the fact that Starbucks has more than 250 outlets in Tokyo, this branch prides itself to be the highest grossing of all in the world. It’s the busiest Starbucks in the world in terms of visitor numbers and it ranks second on the company’s success list worldwide. And it’s not hard to see why. 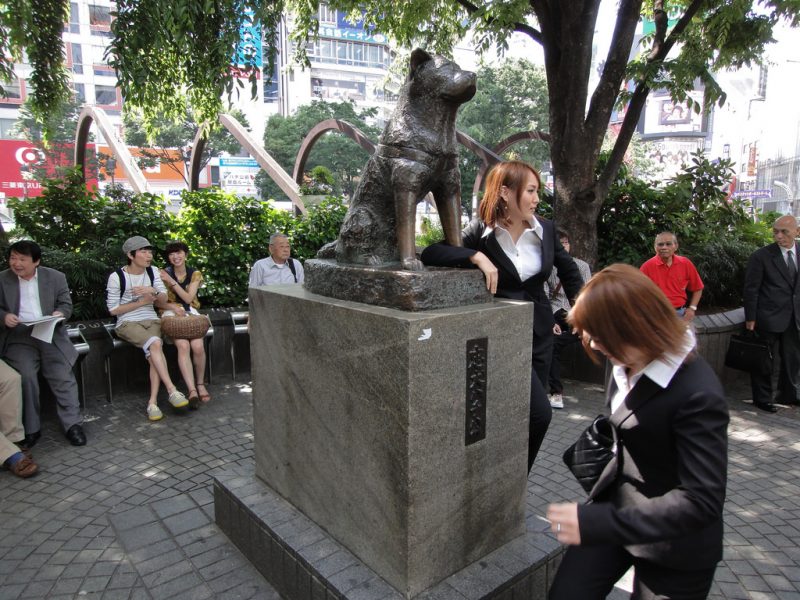 Hachiko was the Tokyo’s most famous pooch back in the 1920s. This Akita dog used to meet his master, a professor, each day after work at the station. Unfortunately, the owner died in 1925, but the dog kept coming to the station for ten years until he died. A small statue of Hachiko was erected in the dog’s memory, which still sits outside the Shibuya Station. 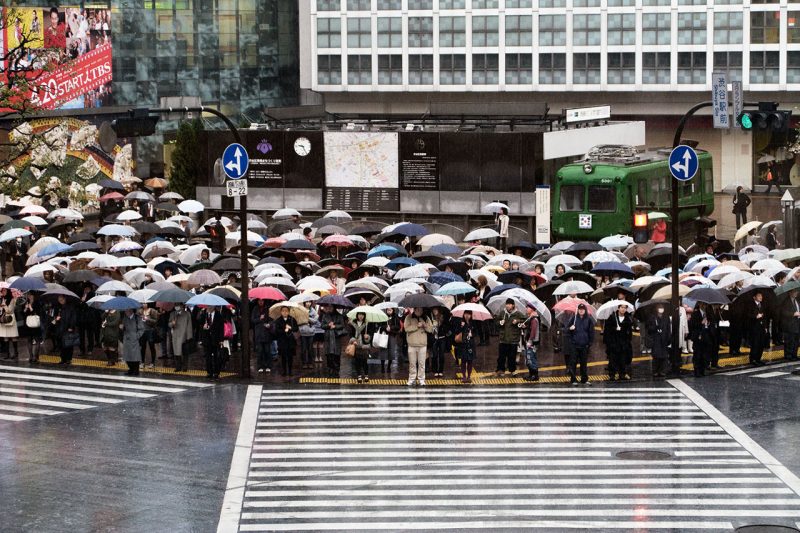 The view gets even better and funnier when the rain is pouring as thousands of people charging towards each other from all directions all wielding umbrellas. It’s just the colors, lights, people and umbrellas. One can only enjoy the spectacular scene after the sun is down with crowds pouring out of the station all dressed fine and with neon-lit advertisements above. It’s a rather soothing demonstration to watch from a distance. 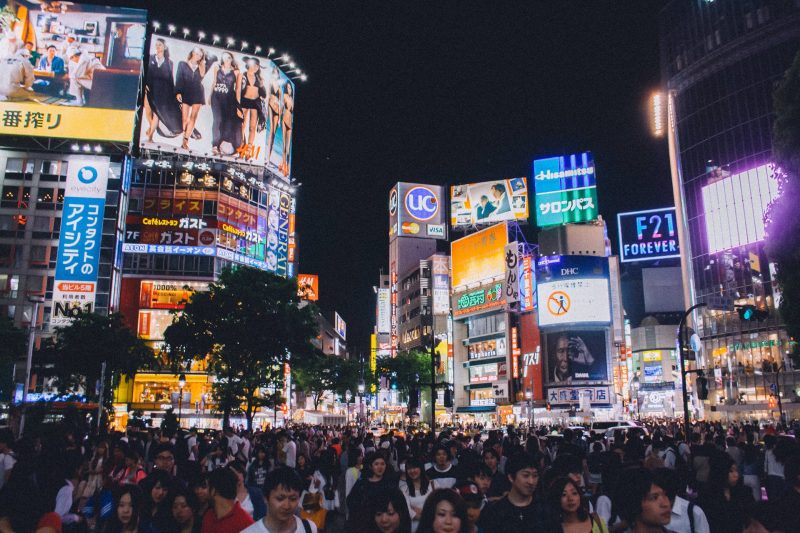 There’s more to Shibuya crossing than meets the eye. For those who don’t know, this prominent landmark of Tokyo is a popular movie filming spot. Despite the chaos and action, it seems there’s some space for quiet moments. It has appeared in the Sofia Coppola’s 2003 film “Lost in Translation” and Justin Lin’s 2006 race action blockbuster “The Fast and the Furious: Tokyo Drift”. 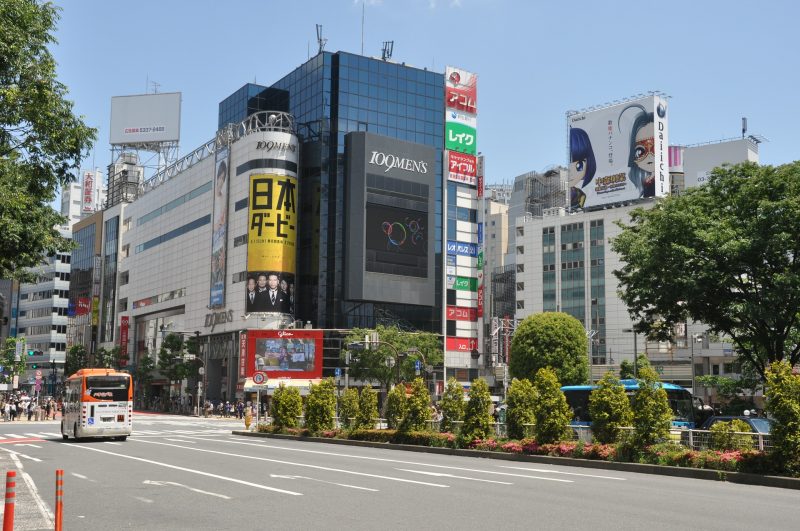 It’s true Shibuya is incomplete without the crossing, but the alluring scene doesn’t end at the crossing. Shibuya is a lively neighborhood and an entertainment district that’s reasonably a nice place filled with restaurants, bars and pubs, izakaya, karaoke, shopping centers and night clubs. The station itself is prime hub of Tokyo trains and subways. At the Shibuya Crossing, you can sense that strong vibe that overflows from the surrounding entertainment and shopping areas.

Every city has a prominent landmark that represents that city like New York has ‘The Empire State Building’ or Paris has the ‘Eiffel Tower,’ and Tokyo is no exception. And the famous Shibuya Crossing is an embodiment of Tokyo itself.