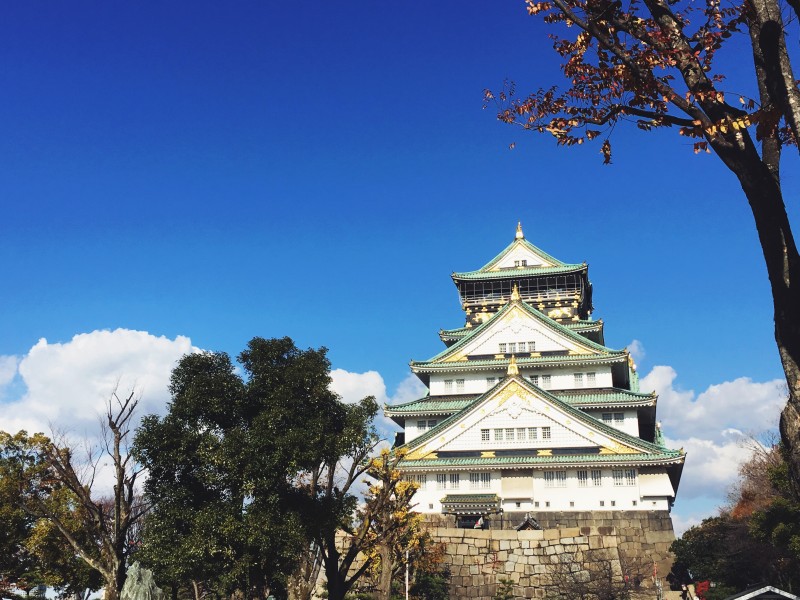 Osaka Castle is one of the most famous landmarks of Japan, a place you must visit if you are traveling in the Kansai area. If you are still in doubt, check out these 7 reasons why you should definitely stop at this place.

1. It has a tumultuous history 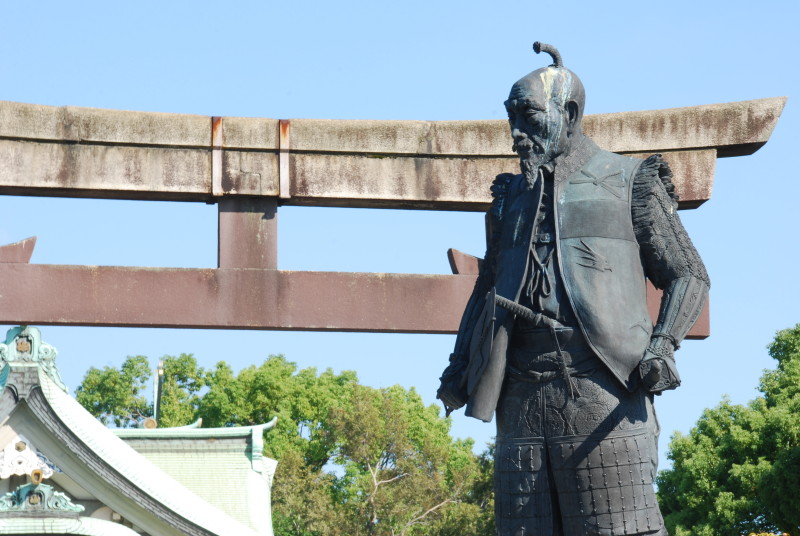 The castle played an important role in Japan’s history. Built in 1583 by Toyotomi Hideyoshi, Osaka Castle was meant to be the strongest and most impressive structure in the entire country. But the Toyotomi clan was defeated by Tokugawa Ieyasu and the “unbeatable” castle was destroyed in 1615. After being destroyed and reconstructed again a few times, it became a key part of Japan’s military expansion, manufacturing guns and ammunitions. During World War II, over 60.000 people worked on the armament production at the castle. It was destroyed again by the American raids in 1945. The current structure was rebuilt from 1995 to 1997.

2. Its architecture is special 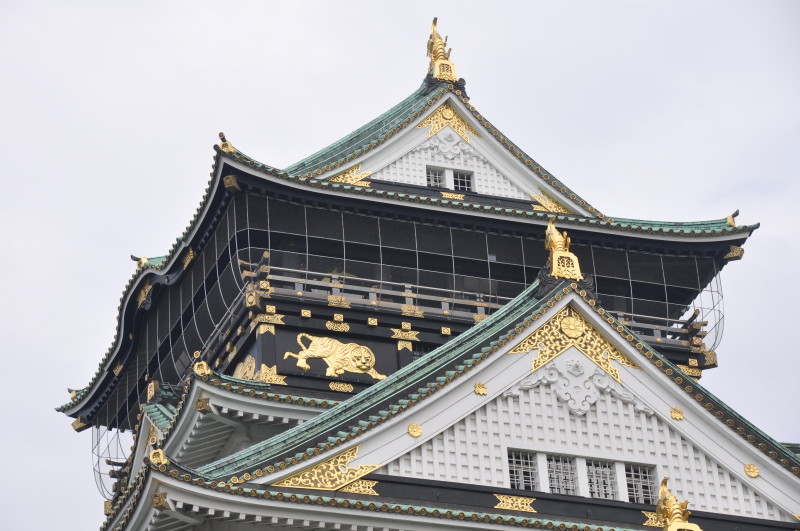 The castle contains 13 structures that were declared as important cultural assets: 2 gates, 5 turrets, one well, two storehouses and three sections of a stone wall. Even though none of the original ones built by Toyotomi Hideyoshi are left, there are still some very old parts remaining from Tokugawa’s time, like one of the gates, the turrets, the well and the storehouses. Among other interesting elements are the castle’s ornamental carvings in shape of dolphins and tigers that are completely covered in gold leaf.

3. It has beautiful surroundings

Osaka Castle is located in the middle of a 106.7 hectare park which offers fascinating sights that change every season. The highlight is represented by the 600 cherry trees that turn the whole garden into a pink paradise during spring, making the castle’s garden one of the top cherry blossom viewing spots in Osaka. There are also hundreds of apricot and plum trees that bloom with delicate colorful flowers. Autumn is another delightful season that brings dazzling colors to the park, attracting many tourists.  The castle stands on a hill above the park, so the views of all the beautiful trees combined with the castle rising over them is spectacular.

4. It is easy accessible 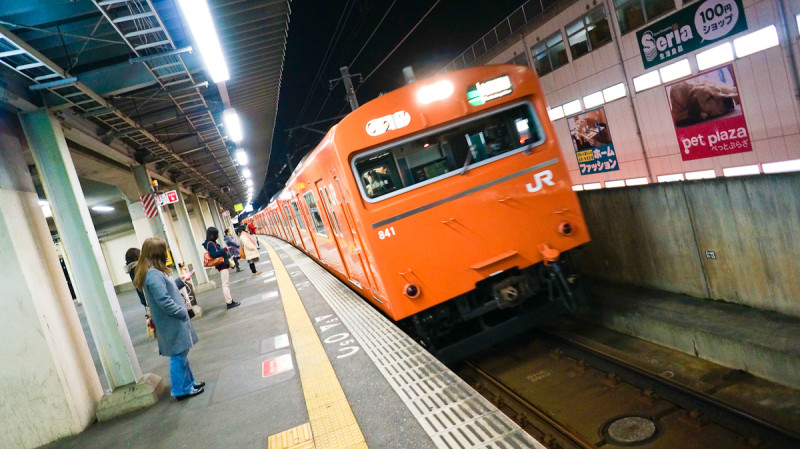 The castle’s location is very convenient. Being in the center of Osaka, it is easily accessible from several train stations and different railways:

5. It has an impressive stone wall

Built as the most efficient defense system, Osaka Castle’s huge stone barrier consists of several moats joined by wall sections. The structure is more than 20 meters high in some parts and was made from almost 1,000,000 large stone blocks brought from as far as 100 km away. The total length of the wall is over 12 kilometers, creating an imposing sight. Just standing next to it will make you feel the history that is written in those stones and the wars it went through. 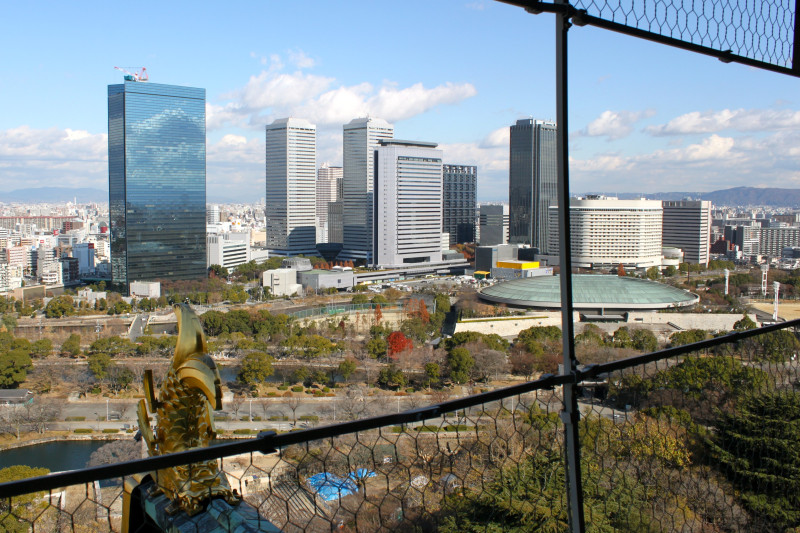 The castle’s last floor offers great views of the surrounding area. You can enjoy a 360° view of the castle grounds and Osaka, with its multitude of tall buildings. And the best part about it is that there isn’t any kind of glass between you and the outside. You can feel the fresh wind and immerse yourself into the scenery around you.

7. It has an interesting museum 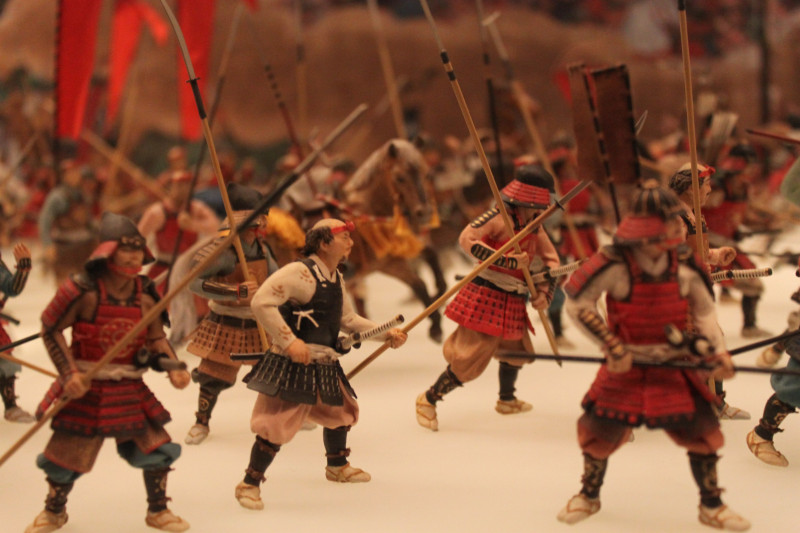 The interior of the castle was made into a museum that will help you understand its history better. There are seven floors with several displayed artifacts and large screens that show visitors information about the castle’s agitated past and its owners. Among the most interesting pieces is a large folding screen that depicts the 1615 war that destroyed the castle.

We hope you will enjoy Osaka Castle!

7 Restaurants to Go in Namba