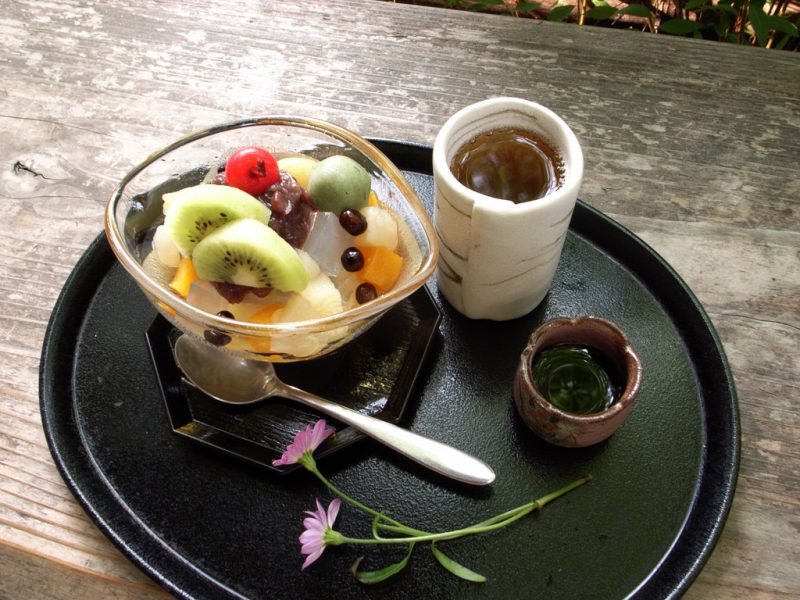 Are you one of those who love to explore culinary traditions around the world? If you love your food and spend a lot of time thinking about it, you’ll be taken away by the thought that goes into the making, presentation, consumption, and appreciation of Japanese food. The Japanese love their food. When it comes to culinary experiences, deserts are one of the best ways to bring the cultures together, and Anmitsu is at the center of it. 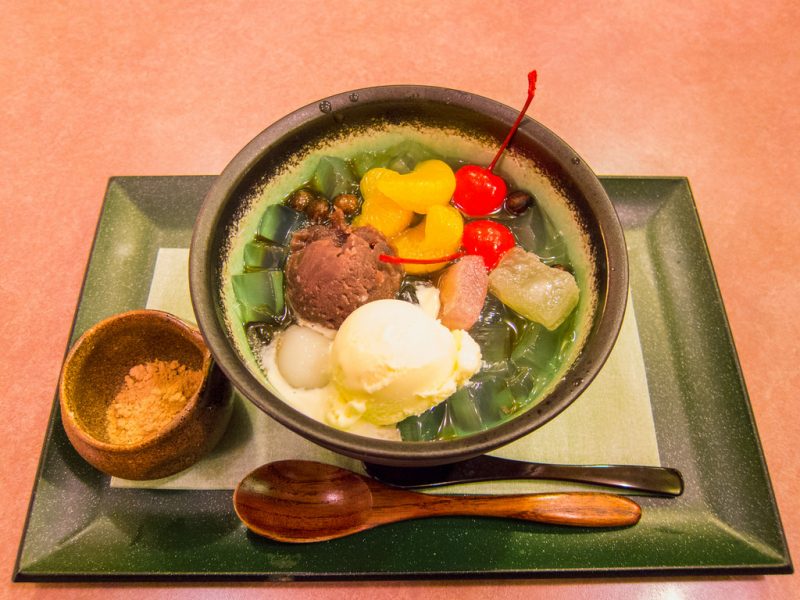 A popular Japanese confectionery, Anmitsu is a classic Japanese desert that has been savored throughout the nation since decades.  It’s basically a combination of a coarse red bean paste (tsubuan) and gelatin cubes, with peas and assorted fruit. The pairing goes all the way back to 1930, shortly after Japan successfully managed to mass process agar jelly on an industrial scale. Today, this traditional dessert is often enjoyed during the hot summer months to get rid of the unpleasantness of the heat and the humidity. 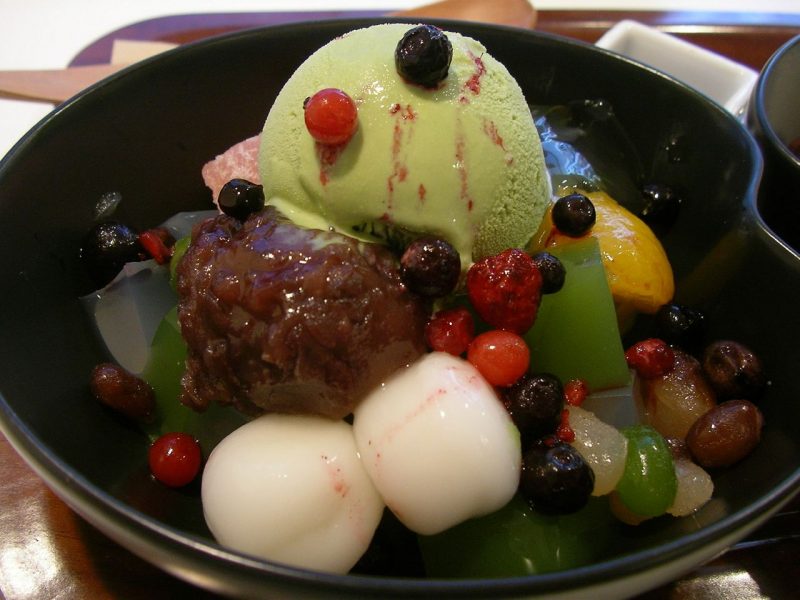 Anmitsu is made of small cubes of agar, a white translucent jelly made of red algae. It incorporates the common ingredients like red beans, mochi balls, fruits and agar jelly. The agar is dissolved with water, or fresh fruit juices like apple juice under heat. It is then allowed to cool and harden in a mold. 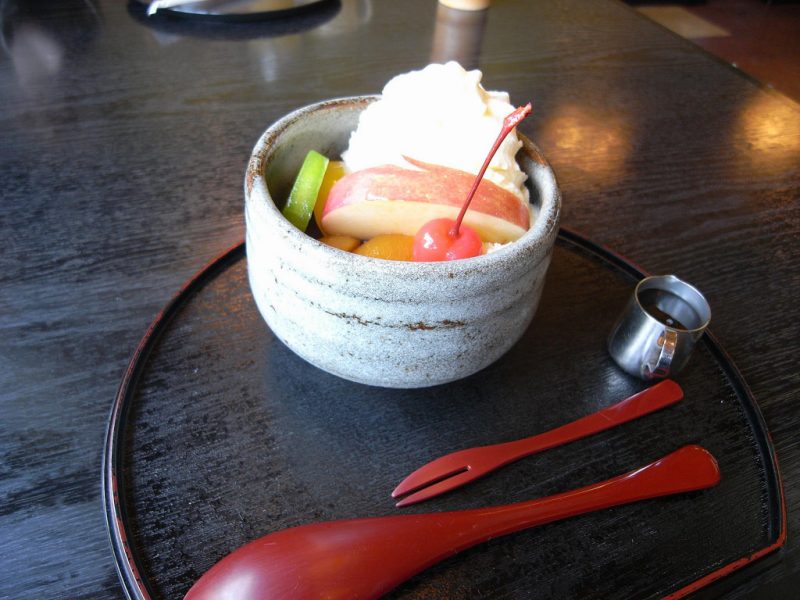 The classic Japanese desert is served cold in a bowl, with additional toppings of seasonal fruits such as peach slices, pieces of pineapples, mikan (Tangerine oranges), cherries, rice flour dumplings, and ice-cream. A small pot of sweet black syrup, known as mitsu (refers to the ‘mitsu’ part of anmitsu), is served on the side. Sometimes, a pot of Kinako (roasted soybean flour) is served on the side instead of the syrup. 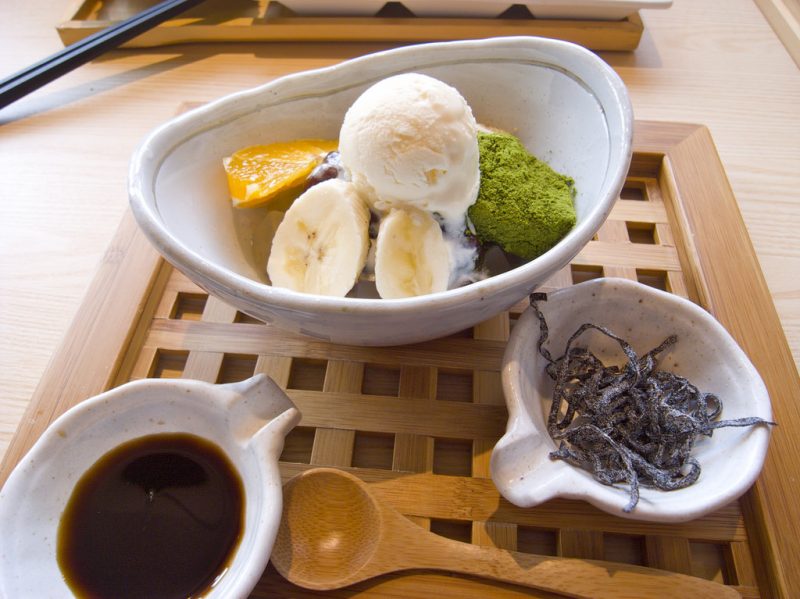 There are several variations of anmitsu, with different ingredients. It is said that the desert has developed from the original menu, Mitsumame, which is yet another Japanese-style desert flavored with syrup and small cubes of Kanten jelly, along with additional fruit toppings. For a more modern touch, anmitsu is served with ice-cream, shiratama dango (rice flour dumplings) and mandarins. It is served with the syrup and anko.

The matcha is the long standing tradition of the Japanese culinary culture. No Japanese deserts are complete without the famous matcha green tea, and a creamy matcha is just the perfect gourmet treat after a good desert session. Matcha shiratama is a must-try in Japan, especially when served with shiratama dango and kuromitsu.

The culinary offering of Japan never ceases to amaze even the non-foodies, who know a little about the food-obsessed nation and its culinary culture. And what could be the best way to experience the culinary tradition of Japan than to try the fine Japanese confectioneries such as the Anmitsu.

15 Snacks You Must Try in Japan

10 Restaurants To Try In Yokosuka