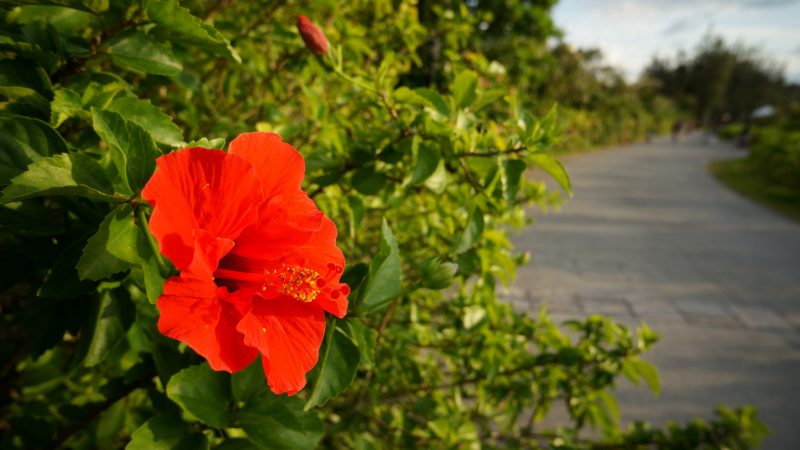 Okinawa is the group of islands between the four main islands of Japan and Taiwan. It consists of 49 inhabited islands and 11 uninhabited islands. It is a popular tourist destination for the Japanese people due to its tropical climate and the number of frequent flights from major Japanese cities. 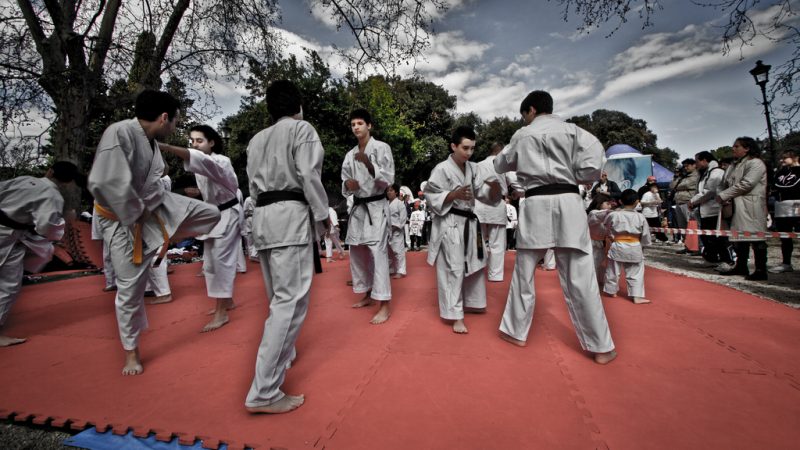 Okinawa is best known for being the place where karate started. Its origins go back to 1879 when the Ryukyu kingdom banned weapons, which forced people to learn to defend themselves using just their hands. Karate spread to the rest of Japan in the early 1900s. 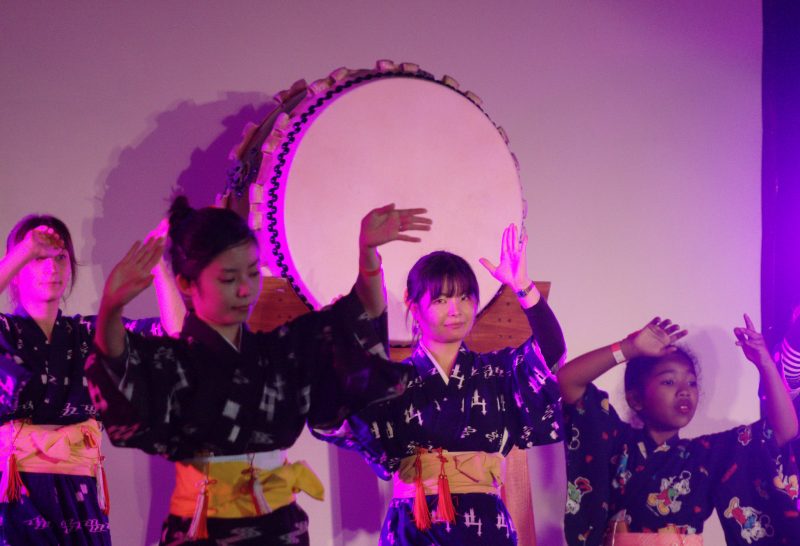 Okinawan music is known for its unique sound due to its fusion of Japanese and Western music. The Okinawan instrument that is most often used is the sanshin, which is a three-stringed banjo-like instrument. Many famous musicians are from Okinawa such as Japanese pop idol Namie Amuro. 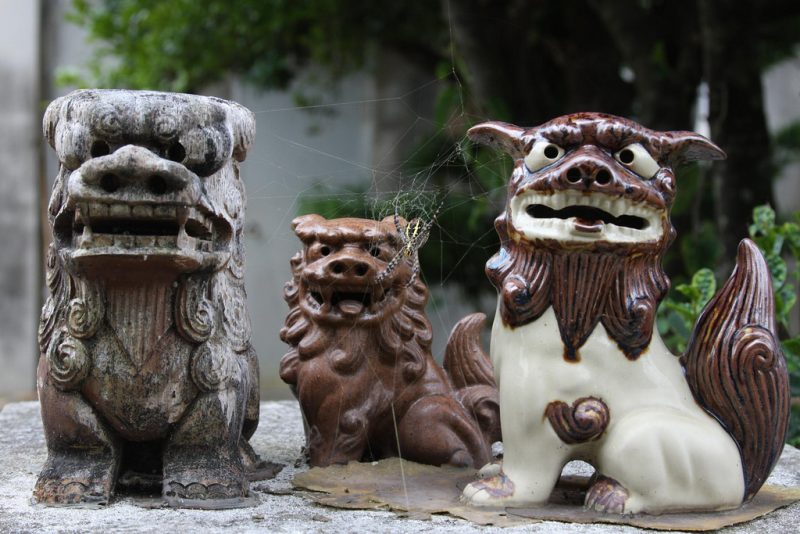 The shisa is a guardian lion-dog statue that you will find on the roof or gate of nearly every house in Okinawa. There are usually two shisas. One shisa has its mouth open to get good fortune and the other shisa has a closed mouth to keep the fortune in. 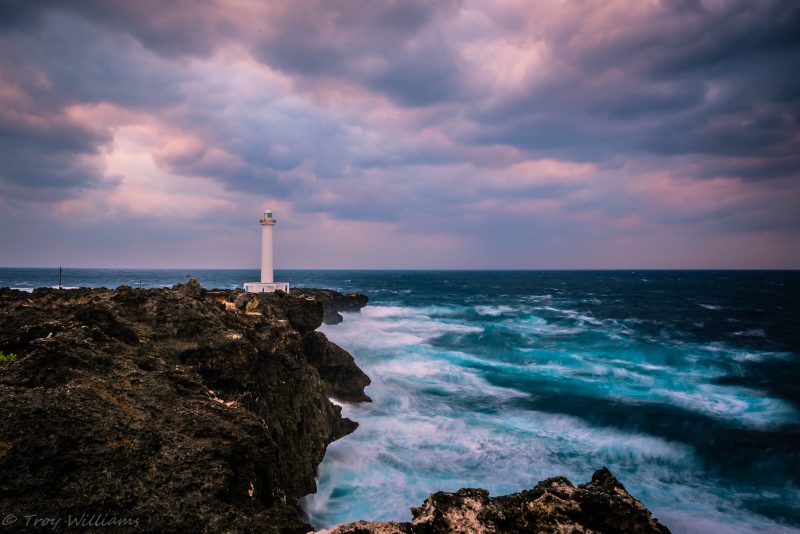 Okinawa is a tourist destination primarily for its warm weather and beautiful beaches. During the winter time when the rest of Japan is freezing, Okinawa is still sunny and gorgeous. Come here for a relaxing tan on the beach or a refreshing swim in the ocean!

There is no place better for diving than Okinawa. The best places to go are the Kerama islands and the Ishigaki Island where if you are lucky, you might spot some manta rays. The Miyako Islands is famous for Japan’s biggest coral reefs. For those are thrill seekers, you can even dive with hammerhead sharks at Yonaguni!

The Okinawan people well known for their long life expectancy. There is even a village in northern Okinawa with 139 women older than 90. The average life expectancy is about 86 years for women and 78 for men. You can even order a Longevity Lunch at the popular restaurant Emi no mise. 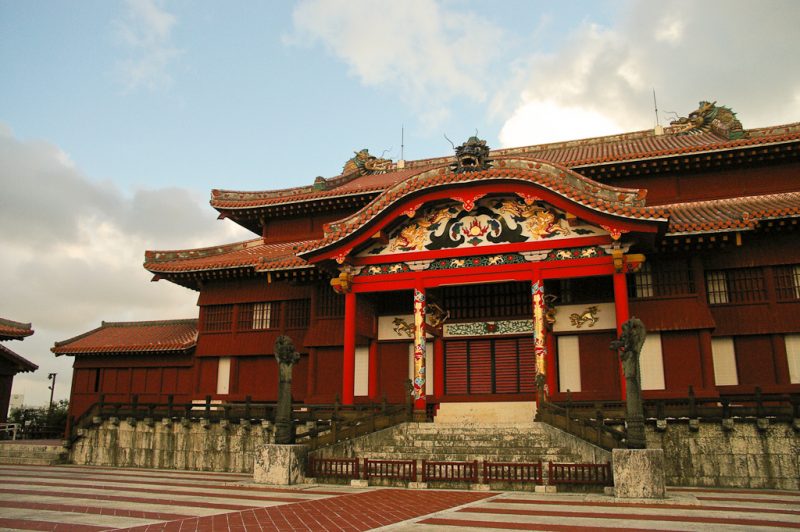 Shuri Castle is a UNESCO World Heritage site. It contains the history of Okinawa, which was known as Ryuku during the 15th to the 19th century. Back then, Okinawa was its own kingdom and thrived for 450 years as an international trade area. If you are interested in the history of how Okinawa came to be, this a great place to go!

One of the most popular attractions during the summer is the Eisa drum dance. It began in the 17th century and was used as a way to guide the ancestors into the afterlife. They begin in July and then go onto September. The dances are exciting and colorful with singers, clowns, dancers, and drummers.

Yanbaru in the north part of Okinawa Island is one of the most beautiful and well-preserved rainforests in all of Asia. This area has become a prime ground for the ecotourism industry. You can participate in wonderful hiking, canoeing, and bird-watching.

If you have a love for organic vegetables and fruits, come and check out Canaan Slow Farm. It is an organic restaurant/café in addition to being a host for WOOFers, better known as “Willing Workers on Organic Farms”. This program allows people to travel and volunteer at farms for food and board.

Okinawans are a very healthy bunch and many are enthusiastic runners and bikers. There are many marathons with the biggest being the Tour de Okinawa and the Naha Marathon. Working out is a big part of life here!

A traditional Okinawan craft is called Ryukyu Glass. The crafts originate from the Second World War when Okinawans used the old Coke bottles from US troops to create glasses. The largest glass factory is Itoman which also has a museum and many workshops.

Awamori is a type of liquor that is unique to only Okinawa. It is made from rice and black mold and comes from Thailand. In Okinawa, there are 40 distilleries that all offer Awamori tastings. It is sometimes mixed with the vitality of the habu, which is Okinawa’s most dangerous snake.

Little America is a part of Okinawa’s city that leads to the biggest US Air Force in Asia. This area has many westernized restaurants, night clubs and even tattoo parlors. Shops are named after famous US cities like Chicago and New York City. Find a little piece of the US right in Okinawa.

Okinawa is home to Churaumi Aquarium, which is the one of the largest aquariums in the world. In total, the aquarium has 77 tanks and over one million gallons of water. This place a dream come true for those of you who have an interest in marine biology. They have many animals with the highlight being the famous whale shark.

Unlike the rest of Japan, cherry blossoms bloom in January in Okinawa. If you’re looking to avoid the huge crowds of tourists during the sprint time, try out the cherry blossom season in Okinawa. It is just as beautiful and rewarding without the allergies and mass crowds!

Shikuwasa Juice is a beverage that is only found in Okinawa. It is a type of lime juice that can be found in any vending machine in the Okinawa region. It is delicious, tangy, and sure to be refreshing after a long day of touring!

During October, one of the most exciting festivals in Okinawa is the Naha Great of War. The Guinness Book of Records has stated that is the biggest tug-of-war in the world with more than 15,000 people participating.

Kokusai Street, also known as International Street is in Naha Okinawa. This street has many restaurants, clothing stores, souvenirs, bars, and markets. Over 6 million Japanese tourists visit this area every year.

One of the best and newest luxury hotels in Okinawa, Hykuna Garan is built on a cliff overlooking the ocean. The hotel looks like a Zen Buddhist Monastery putting all their visitors at ease. You can see Okinawa’s natural beauty here while having a relaxing stay.

Okinawa is a beautiful, natural region with a ton of history. Try and visit to have a relaxing vacation.

15 Best Restaurants to Go in Okinawa

10 Beaches You Must Visit in Okinawa