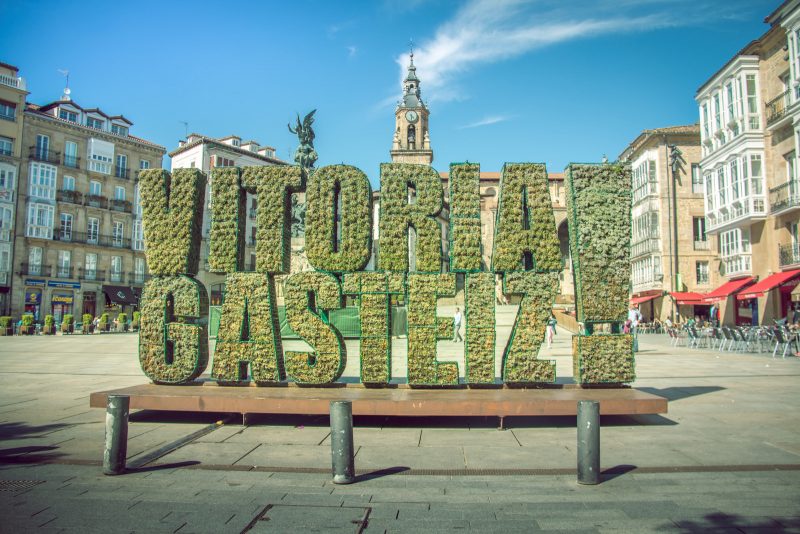 Vitoria-Gasteiz is the capital city of Basque Autonomous Community and the province of Araba in Spain. It is the where the House of Parliament and headquarters of the government is situated. It is the largest of the Basque Autonomous Community with a land area of 276.81 kilometers squared. Vitoria-Gasteiz has a total population of 243,918 inhabitants.

Escape rooms are rooms that have mysteries or problems to be solved by a group of people in order to get out of the room. It improves relationships, communications and you’ll even meet new people. Escape room game is actually popular in Vitoria-Gasteiz, you will be able to choose from Sala Enigma Room and Password Vitoria or you can even do both. The escape room will also make you learn a little bit about the city’s history.

2. Know their history, visit their museums

Of course, you wouldn’t want to miss having a glimpse of Vitoria-Gasteiz history. There are various of museums for you to choose from but you can visit all if you want. If you are planning to visit the city then you should know that visiting one or all of the museums is a must. The museums in the city are Museo Fournier de Naipes de Alava, Museo de Bellas Artes, Artium, Museo Armeria Vitoria, Museo Diocesano de Arte Sacro and Archaeological Museum.

The museums are not the only places to visit to have a glimpse of the city’s history but the churches as well. The churches in the city will make you feel like you are one of the people from the past because of its really amazing architecture that is very well preserved. The churches in the city are Catedral de Santa Maria, Basilica of San Prudencio de Armentia, Cathedral of Mary Immaculate, Iglesia de San Miguel Arcangel, Church of San Pedro Apostol and Iglesia de San Vicente Martir.

4. Have fun at plazas or parks

There are various parks around the city. A great way to unwind and relax with family or loved ones and even by yourself. You just get to enjoy the breeze and the environment that feels like a blast from the past. The plazas around the city are Anillo Verde, Plaza de la Virgen Blanca, Parque de la Florida, Plaza Espana Plaza Nueva, and Plaza de Los Fueros.

5. Have a sightseeing on the murals

The most amazing thing in this city is that it has some beautiful art murals all around the streets. They are basically everywhere. Don’t forget to take pictures and enjoy the lovely taste of art while roaming the streets. The murals in the city are Mural al Hilo del Tiempo, Mural La luz de la Esperanza, Mural Cubiertos de Cielo y Estrellas, Mural Eskuz-Esku Cultura, Mural Que Haremos con lo Que Sabemos, and so much more for you to discover.

If you are into parties and such you could never go wrong in Vitoria-Gasteiz. You might think that it would not have any bars and such because it is a very vintage and historically rich place, then you are wrong. There are various of clubs and bars for you to enjoy at night in the city such as Tolono, La Cassette, The Man in The Moon, Zilla ran Bar, Burdina Pub, La Dolce Vita, Cafe Havana and so much more.

Food is really important and while you are in the city why not try one of their specialties like “perretxikos” it is a type of mushroom and snails which are the two traditional dishes in the city. There are also a lot of restaurants around the city such as Zaldiaran, The Bost, La Malquerida, Restaurante El Clarete, El Portalon, Restaurante Matxete, Taberna Tximiso, Tabiso, El Siete and so much more.

8. Have an organized tour

If you want to explore Vitoria-Gasteiz without the hassle of organizing everything then an organized tour would be great for you. They will be the one to arrange the places you will visit, the transportation and even your meals. All there’s left to do is for you to enjoy the tour without worries. So what are you waiting for? Book your organized tour as soon as possible.

Vitoria-Gasteiz is popular for its colorful and amazing festivals. If you want to attend theses festivals then you must plan ahead so that you will be able to be in the city before the event. One of the most popular festivals is the Virgin Blanca Festival that happens every August 4-9 a year. In this festival, 20,000 cigars are lit and 30,000 bottles of Spanish champagne are popped open.

Of course, you wouldn’t forget this one. Buying something for friends and family and even for yourself as a remembrance of the tour is a necessity. Gifts and specialty shops are in El Boulevard and Los Angeles Gourmets. There are a lot of markets such as Medieval market, Almendra Market, Crafts Christmas Market, Crafts Route. There are even shops with a very great history such as  Patisseries in Vitoria-Gasteiz, and  Gastronomic shops.

10 Restaurants to Go in Bilbao