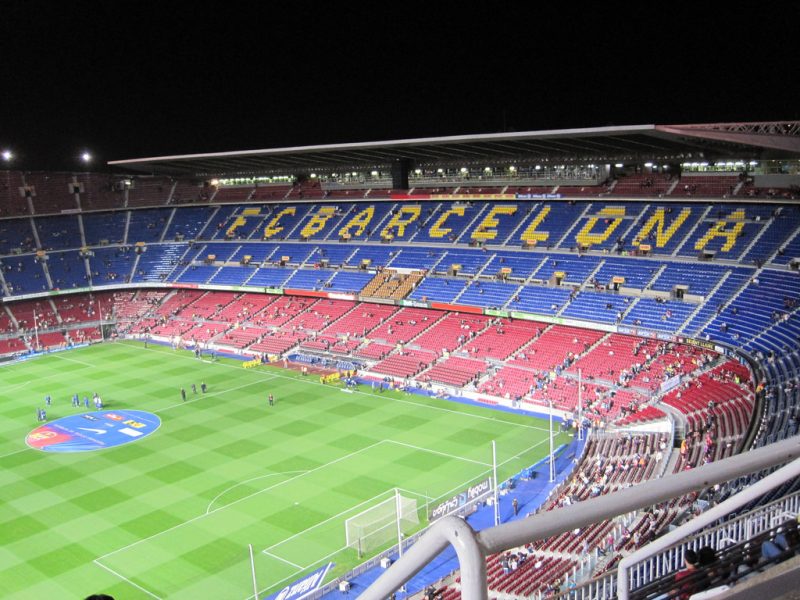 FC Barcelona, also commonly known as Barça, is one of the most successful and famous clubs not only in Spain but in the entire world. The club was founded in 1899 by Joan Gamper, since then this professional club has won many trophies and written many histories which are hard to imagine. Here are some of the facts you may want to know. You may feel some are funny but the fact is fact.

1. FC Barcelona was formed after an Advertisement

On 22nd October 1899, a football fan Hans Kampered placed an advertisement in the local newspaper saying he is going to form a Football Club and interested players can contact him. And after the advertisement, only eleven players attended along with Joan Gamper and Gimnasio Sole. Then finally on November 29th, 1899 FC Barcelona was formed.

2. Nickname of Barcelona fans is Ass

Did you know culés , when translated into English means “Ass”? No, they are not called donkey but Ass related to Bum or Butt. The nickname originated back in the twenties when during Barca match, Barcelona fans used to sit in the highest row of the stadium seat with their butt very much visible to the people who pass by. That’s how the name “Cules” got originated. 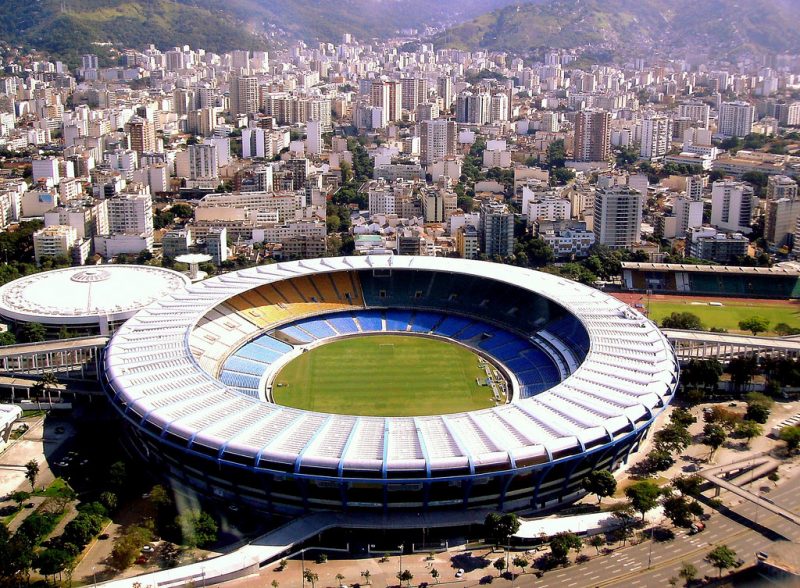 4. Players are required to learn the Catalan Language

All Barcelona players including new signings and foreign players are required to learn and speak the Catalan Language. But an exception has been made for few players such as “Lionel Messi”. Leo has never spoken publicly in Catalan except when he was drunk during the trophy celebration.

Just give the 6th #BallondOr to him. He's so amazing. He deserve to get it. pic.twitter.com/N82SHBCfPn

FC Barcelona has got the most number of Ballon d’ Or to its name than any other club. Ballon d’Or is the most renowned prize that FIFA grants to the best football player of the year annually across the world. There has been at least 11 Ballon d’Or trophy won by a Barcelona Player till this date. 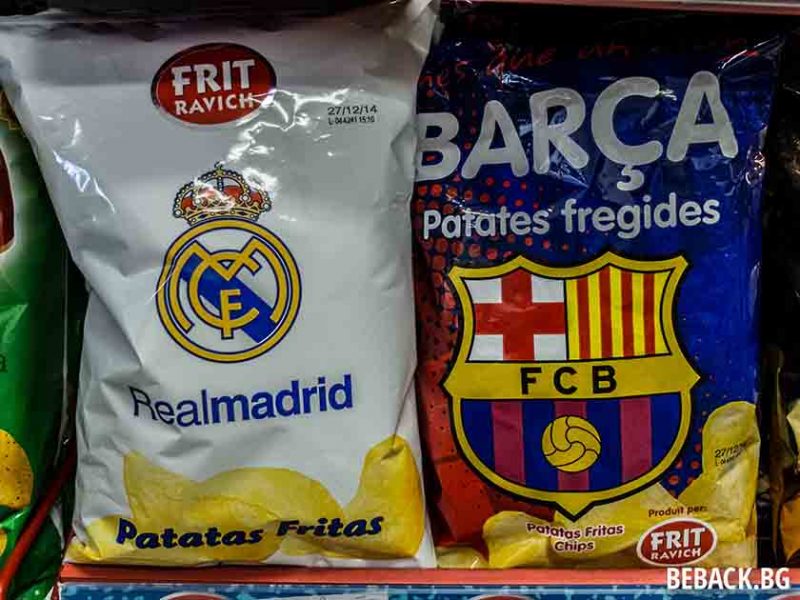 There’s a fierce rivalry between Barca and Real Madrid not only in football but outside of it too. They are two of the best Football Clubs in the world and share many trophies and history between them. Furthermore, Real Madrid is also known to be a symbol of nationalism favored by Franco’s dictatorship. And Barca was always against their regime. 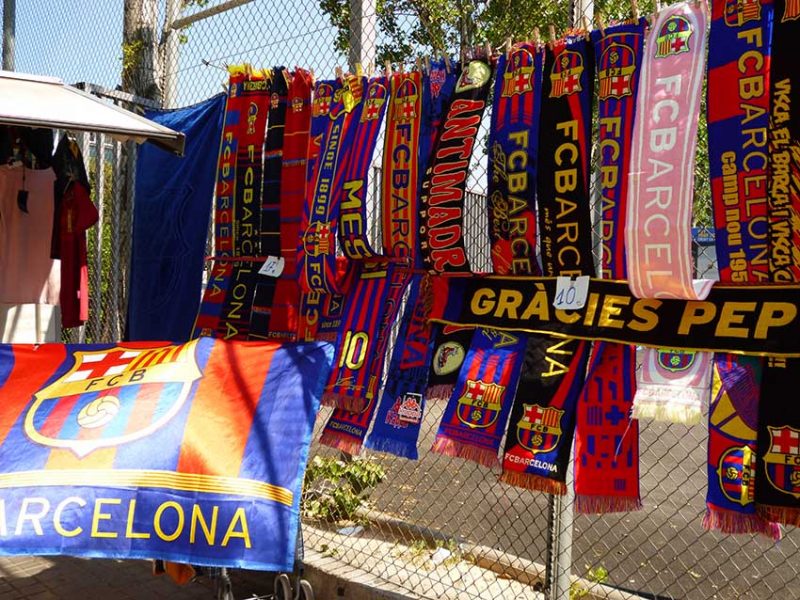 In 1939, Barcelona was obtained to change their name to Club de Futbol Barcelona under Franco regime. The Catalan language and symbols were also prohibited and the flag was forcefully detached from the club shield. Despite this, the club stood by and didn’t accept the Franco’s order. The Catalan was spoken and the Flags were shown freely. However, in the year 1974, the club altered their name back to  “FC Barcelona” or “Futbol Club Barcelona”. 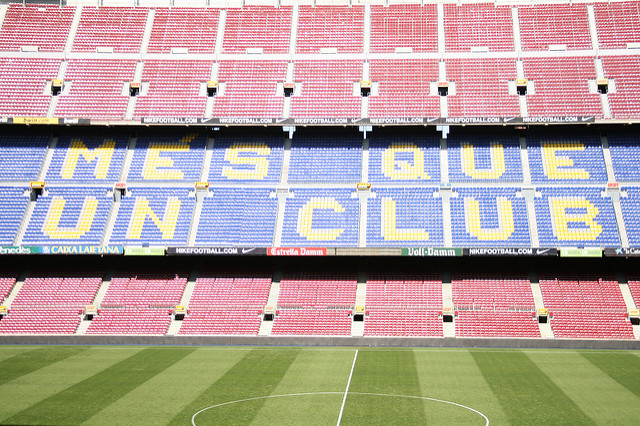 FC Barcelona has a famous slogan “Més Que un club” meaning “More than a Club” in English. Despite football club, Barca also plays a huge part when it comes to donation and charity. This amazing club donates €1.5 million each year to UNICEF as per  five years agreement

Barca played it’s first official match against its rival Real Jaen on 6th October 1957 in the Camp Nou. The club won by 6-1 Margin against the opposite team.

10. Only club to win Treble twice

Barcelona is the only European Club that has won all the possible European Trophies in a single year twice. In 2008-2009 season and 2014-2015 season, the biggest club won the famous treble winning Copa Del Rey, La Liga, and UEFA Champions League. No club has broken this achievement till now, probably no one will.

11. The great Leo Messi plays for this club

Lionel Messi is probably the best players in the history of football. There’s still debate over this topic by different critics but Messi has won all the possible trophies for the club at least 3 times in his career. He also has the most Ballon d’Or award i.e. 5 which no player would break in the future. There are over more than 120 records that have been broken by Leo.

Since the Camp Nou had the largest stadium in Europe, it hosted the Olympic games and La Roja in 1992. The Spain National Football Team defeated Poland team by the 3-2 margin.

13. The club has never been relegated

FC Barcelona has never been relegated since its promotion and they are the only team to win 6 trophies in a single season which was in the 2008-2009 season under Pep Guardiola Regime.

Xavi: "I have watched at least 95% of Barça’s matches, and other big European teams…Barça are on another level" pic.twitter.com/cHh6ppNKd6

Joan Laporta, a Spanish politician and the former president of FC Barcelona, devoted some tickets for the FC Barcelona vs Real Madrid match in 2007 to Federació Lull, an organization which promotes the Catalan Language.

Jose Luis Rodriguez Zapatero, a member of the Spanish Socialist Workers’ Party and former Prime minister of Spain is a huge fan of FC Barcelona. He is a big supporter of the club motto because it represented the values of freedom and democracy.

10 Things to Know about Barcelona Outlet

15 Things to Know About Barcelona Metro