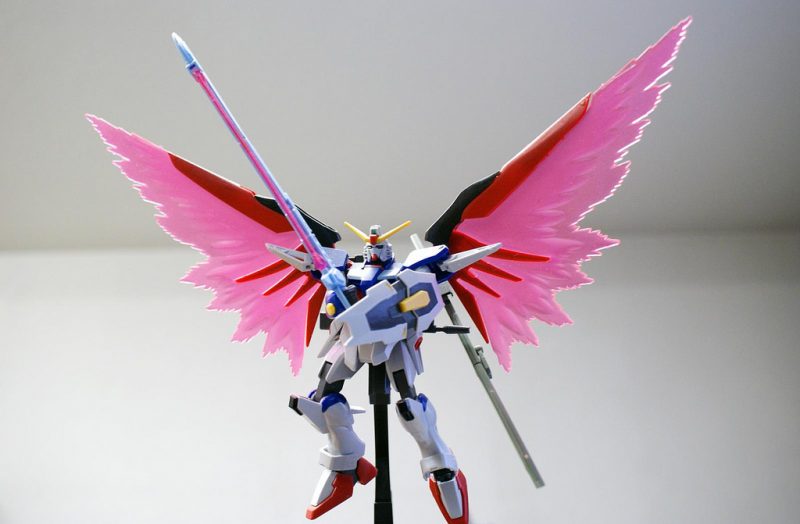 Shizuoka, the famous city of Japan witness hobby show every year in the month of May and exhibits works of different companies from all over the world. The 55th annual hobby show was held in 2016 in the month of May. There were a large number of attractive items which were displayed in the hobby show and people from all over the world came here to enjoy and purchase the goods. The show was held at Twin Messe Shizuoka in Shizuoka, Japan from 12th to 15th May. The important things to know about hobby show in Shizuoka are:

In the 55th Hobby show the Hasegawa Company has launched new tool-kit of IJN Masaka and a late model sunny truck named as GB 122. This truck was launched in 1989 but later updated version come with new square-shaped headlights and redesigned grille. Other famous items launched by Hasegawa are a wide array of winged products like KC-46A Pegasus and KC-130H Hercules Kit.

In the 2016 Hobby show, the company has something new for people of all types. The most recommended item on the display of the company was the super kit of Lamborghini Hurakan available in three different colors. Other attractions and kits developed and presented by Aoshima are 1/72 kit of workhouse observation of Japan’s self-defence force, scout helicopter and waterline kit of HMS Hermes.

The tools manufacturing company GSI Creos has launched new Mr. Easy Nipper which will easily remove parts, Mr. Clean stick 2 and Mr. Swab big size. These swabs are much big in size and very easy to use. Other tools launched by the company are Mr. Chisel Blade, Mr. Precision Swab Big etc.

The booth of the company at Hobby show featured a kit of IJN Type 96 Carrier Based Fighter 2 and The IJN Type 96 carrier based Fighter and showed both aircraft together. Another famous tool of Fine Molds is the revised kit of Tank JGSDF Type 61 Tank with new Parts like the turret and rear exterior of the tank. All were displayed during the Hobby show.

The Platz company released 1/72 scale USN Northrop Grumman X-47B in the 55th hobby show at Shizuoka. This aircraft is without man operated aircraft of future and all the details in the show. For the fans of Girls and Panzer, two new kits were introduced for recreating the action again. Other famous items launched by Platz are realistic rifles named Howa Type 89, the M4A and SVD and the updated version of Panzer 4.

The main exhibit by Revell company is a kit for creating an own bike which includes a number of decals for making outstanding choppers. Another two special edition kits were also introduced by the company. The company is soon launching 1991 Ford F- 350 Dually kit for heavy haulier which has facilities of multi-port fuel injection and full roll bar with additional lights.

The Takom Company at Hobby show in Shizuoka displayed its detailed armor models which are armor kit of 1/35th scale. Two new kits will be launched in next show of Self Propelled Anti Aircraft Gun and Gepard SPAAG. Two Russian tanks were also displayed by the company at the show named as Iraqi type-69 two and Russian T-54 B Late type.

15 Things To Do in Atami: Shizuoka

15 Hotels to Stay in Kawaguchiko

15 Things to Do in Gotemba

15 Things To Do in Hamamatsu