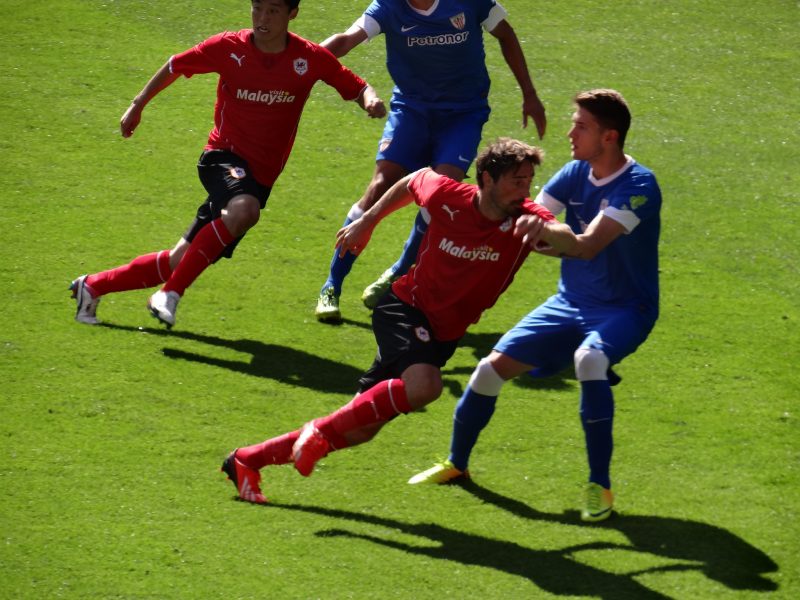 As far as football clubs go, very few are anything like Athletic Club, or as they are more commonly known, Athletic Bilbao. The football club is based in the Basque Country in Spain and is one of the most prominent clubs in Spanish football history. If you want to know more about Bilbao, here are some important facts and figures about the club;

The club recently moved into the new San Mames stadium, a 53,289 seater that replaced the iconic old San Mames. The new edition offers a wonderful add-on to the skyline of the city. The planning began in 2004 and the approval contracts were signed in 2006 for the building to start. On 26 May 2010 an opening ceremony took place at San Mames which was the official opening of the stadium.

Athletic Bilbao is known as “The Lions” because the original stadium was formed near a church, the San Mames. Mames was a Christian child-Martyr who was fed to the lions by the Romans. He is referred to as a semi-legendary Christian of the third century. He was killed in Caesarea. The other name for Lion is Los Leones.

The club is also one of the three founding members of the Spanish Primera Division or La Liga. They are also the only club outside of Barcelona and Real Madrid to never have been relegated from the division.

4. If You Know Your History

As eight times champions of Spain, they are the fourth most successful club in La Liga history. Since 1898, Athletic Bilbao has had great achievement in major competitions. Besides La Liga the club has won Spanish Super Cup once, Copa Eva Duarte once, and Spanish Cup 24 times.

However, they are second in the all-time listings for Copa del Rey winners. The Copa del Rey is the Spanish domestic cup competition held annually. Athletic Club has lifted the trophy 24 times in total, with their last final coming against Barcelona.

This success extends to the women’s football team, too, where they have been the victor five times in the Primera Division Femenina. They are also known as the Athletic Club. Looking at the women’s teams in Spain, this fierce club is one of the most successful. They use the same policy as the men’s football to sign in new players.

The most interesting part of Athletic Bilbao, however, is their youth – Cantera – policy. They only allow footballers from the Basque Country to play in the team. This is because in the early 1920’s Basque Country was a ground for great Spanish players. One of the beneficiaries of the policy is the national team. Real Madrid also gets players from them.

No professional player who is non-native from the greater Basque Country has worn the shirt. This is due to the policy that no one outside from Basque Country can play for the club. This has brought an effective uniqueness that makes them champions and the most prominent club in Spain.

This policy has gained worldwide respect for the club, given their immense success even in line with this handicap. This has caused other clubs like FC Steaua Bucuresti in Romania, C.D. Guadalajara in Mexico, and Club Deportivo El Nacional in Ecuador to use players who are born in the same cultural background.

Just like Barca and Real Madrid, Athletic is the third club to be owned and operated by the club membership. For this reason, they stand different from the corporations that run elsewhere. Michel Platini the UEFA president favors the European club that are socio owned with voted presidents by members and policys. This protects the club from being sold to outsiders.

This is an intense competition/rivalry between two teams or athletes. The club’s main rivals are Real Sociedad, who have a similar but more relaxed policy on Basque players. Even though the Derby is still on, they have learnt to play fair thus leaving their supporters wondering if FIFA should give a fair play prize.

Together, the clubs contend the Basque derby, one of the fiercest and most beloved derbies in Spain. This is an inter-city enmity in the Basque country between Real Sociedad and Athletic Bilbao. There has been fierce competition between the two teams. Noise, chants can also be heard from the supporters.

The club holds a massive rivalry with Real Madrid, too, due to major political differences between the two regions of Spain. If you have watched their games in the past, you will agree that you have seen corruption, stabbings and violence between the two teams. The two teams are also known to hate Sevilla.

The club sits in the all-time 5th ranking in La Liga, making it one of the most successful clubs on the planet. Athletic Bilbao haven’t been relegated from La Liga. They are also the 5 times Copa del Rey winners during the same season they won La Liga. As champions in the La Liga, they are the first team to permanently receive the original La Liga trophy.

The top goalscorer in the club’s history is the legendary Telmo Zarra. Zarra scored 367 goals in a glittering career for the club. The highest number of games played in the red and white comes from Jose Angel Iribar. Iribar played 614 times for the team. Guillermo Gorostiza is the most decorated player in the club’s history, winning 15 titles as a player with the club.

10 Things to Know about Port of Bilbao