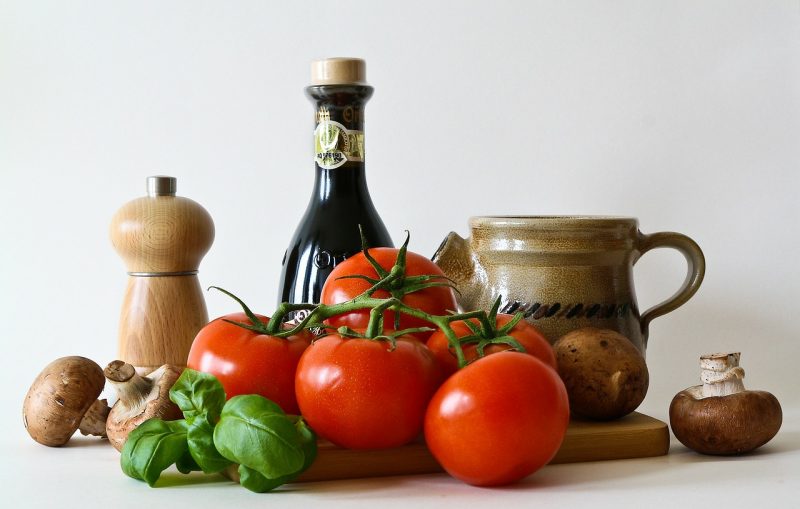 Typical of the region of Castile and León in Spain, the Castilian-Leonese cuisine has its own peculiarities and is known throughout Spain. For its finely cooked dishes and the grilled or roasted meats (asados), its upscale wines, wide assortment of its scrumptious desserts, its sausages and its high-quality cheeses, which are among the finest in Spain. 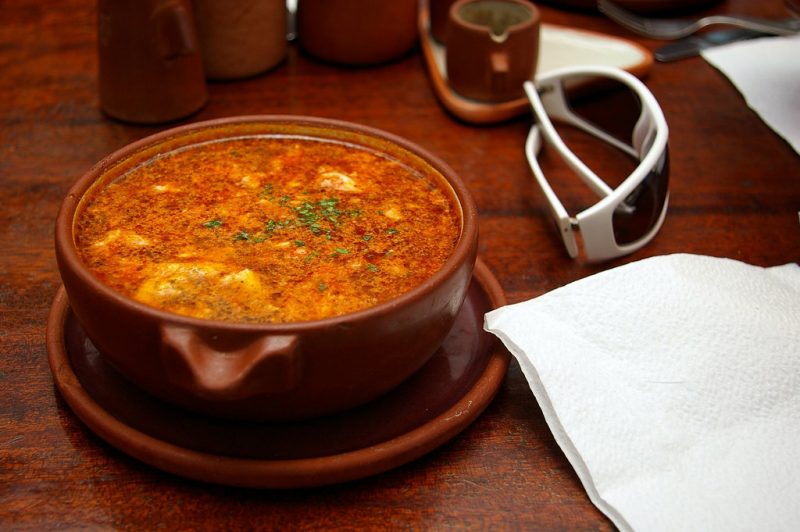 This is one of the most popular and traditional soups of the region of Castile and León devised by the shepherds seeking warmth on the cold winter nights. It is said to awaken the dull senses, hence touted as a hangover cure. This aromatic bread soup is made with sliced garlic, paprika, and ham, and sometimes topped with poached eggs. 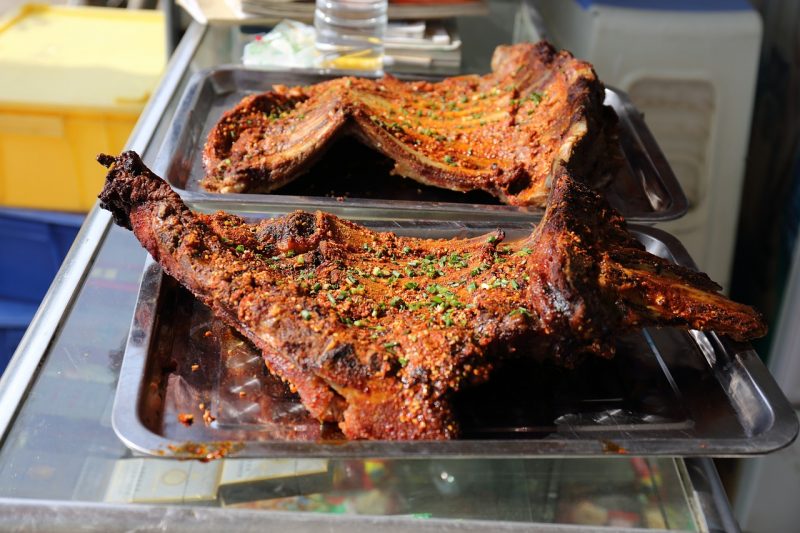 The one dish that stands out above all the major dishes of the region is the cordero asado (or lamb roast) which is prepared using the finest ingredients to give an authentic Spanish flavor to the lamb. The recipe varies region by region, but they are always roasted in an earthenware dish. The roasting process is quite simple but requires a little attention to detail. 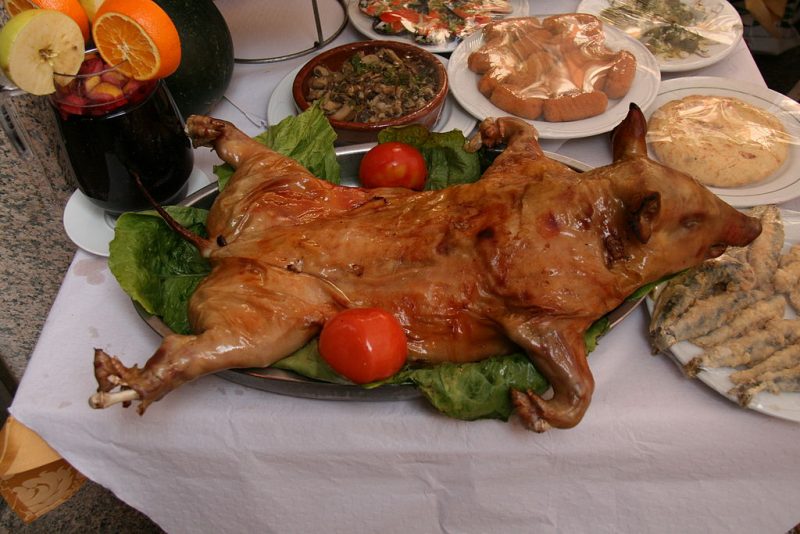 You’ll find this tender dish served almost all over Spain, but this roasted piglet is typical of the region of Castile and is part of a century-old tradition of farm-to-table eating that’s made its appearance in literature for centuries. The locals go for an entire piglet roasted whole when they are on for a special treat or occasion. The pigs are usually raised on family-owned farms in the provinces of Spain. 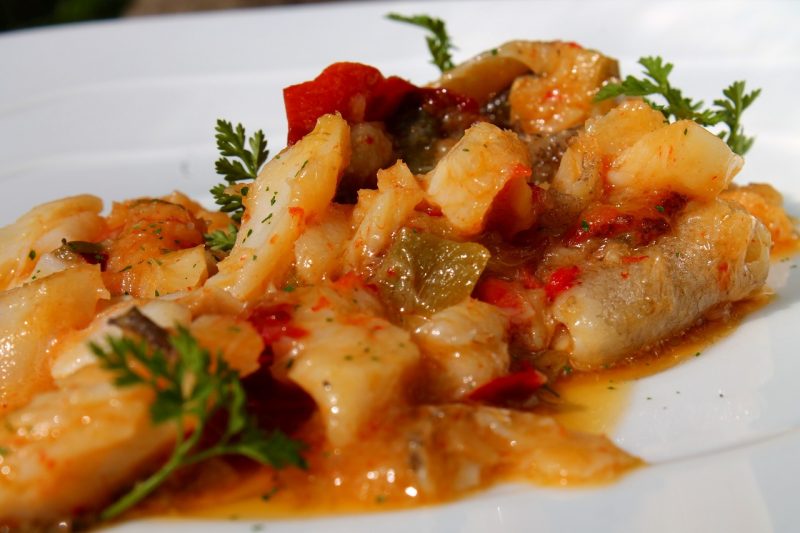 Once the staple diet of the Leonese Mule drivers, is now a popular Spanish delicacy. This fine dish of baked cod with garlic makes for a great winter treat and is quite easy to cook. Prepared using lots of garlic and tomatoes, this fine dish used to be one of Ernest Hemingway’s favorite dishes when he lived in Pamplona, hence it received the name ‘Bacalao de Pamplona’. 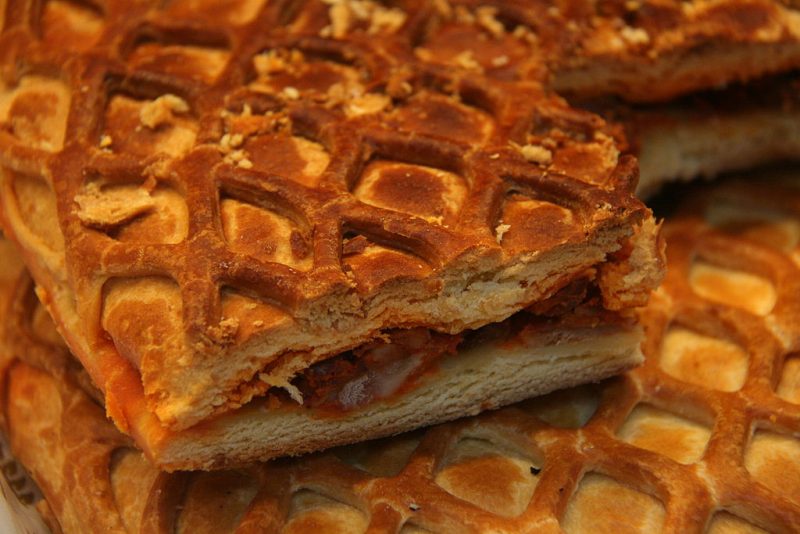 Basically, a country bread stuffed with sausages, Hornazo is a popular Spanish delicacy eaten in the provinces of Salamanca and Avila. It’s kind of an all-in-one sandwich, which is normally eaten to celebrate the end of Lent. Some variations of this Salamanca bread contain morcilla, a traditional blood sausage from Spain. 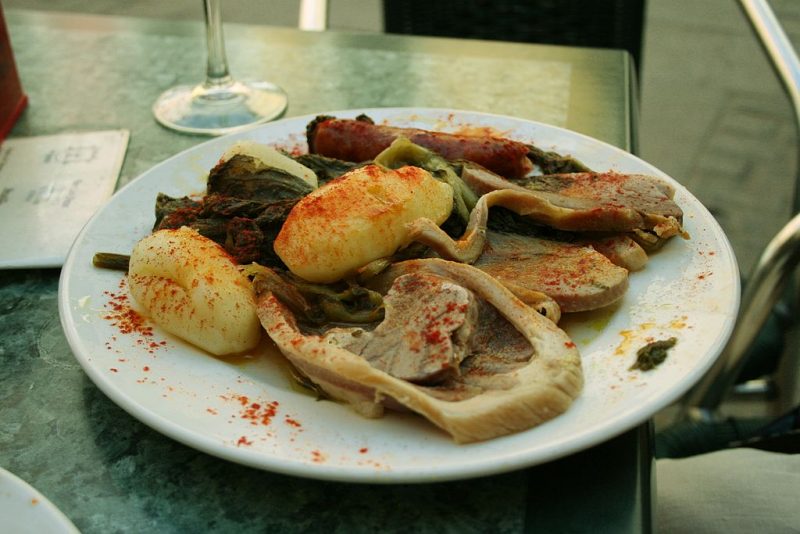 Lacón refers to boiled meat from the front leg or shoulder of a pig, while Grelos are the leaves of turnips. They are then boiled together along with other vegetables and served with potatoes and sausages. This is a popular winter treat in Galicia and its upscale cuisine is one of the main points of interests of Galicia. 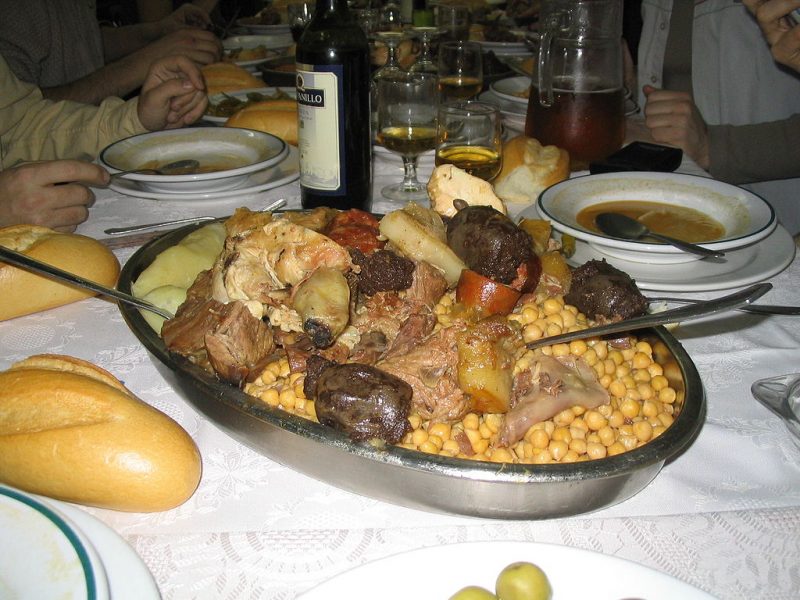 This is a traditional Spanish dish typical of the Maragato Region in Leon which dates back to the pre-Roman era in Leon and Asturias. It’s a regional version of the popular garbanzo bean stew, which is ideally prepared during the hunting season in December to beat the cold winter days. 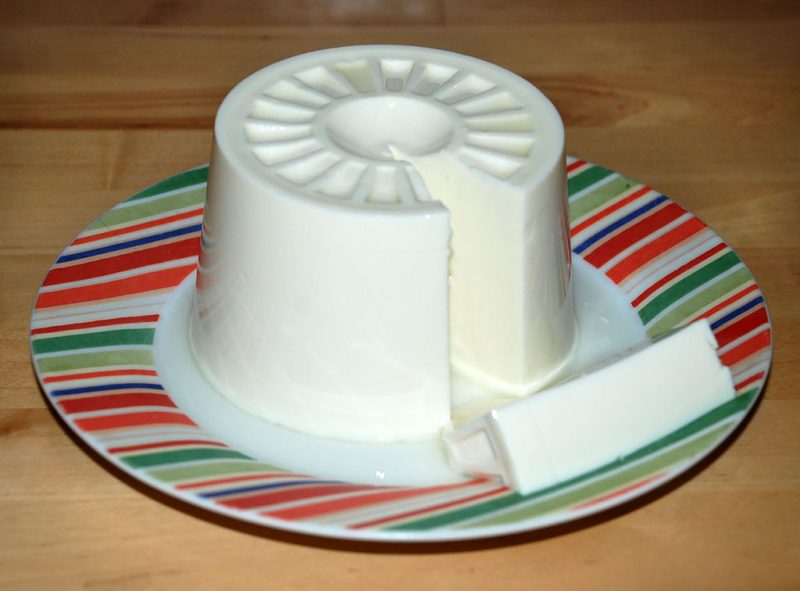 Named after a province of the same name in the region of Castile and Leon, the Burgos cheese is a pure white, soft, wheel-shaped cheese made with sheep’s milk, but cow’s milk or a mixture of both are used nowadays to produce different variations. Considered one of the most appreciated cheeses in Spain, Burgos cheese is usually accompanied with honey, quince or walnuts, or sometimes in salads.

One of the gastronomic highlights of the province of Palencia, the wonderful Menestra de Verduras is one of the best ways to eat vegetables, besides being a healthy yet delicious meal. It’s full of fresh vegetables and a bit of Serrano ham, and the best thing about this fine vegetable stew is that you can use whatever veggies that are available during the season. It can be enjoyed in both summer and winter days.

Rebojos are the Spanish version of the popular ratatouille and are the favorite among the locals, thanks to the quality of the local produce and the use of extra virgin olive oil. Little is known about their origin, but many believe this fine Spanish delicacy dates back to the Middle Ages, but nothing concrete surfaced so far to back that up. These are basically little fluffy cakes with a crunchy top layer with a squishy interior.

7 Restaurants to Go in Segovia

7 Places to Shop in Salamanca: What to Buy

10 Things to Know about Segovia Cathedral

10 Things To Do in Valladolid: Spain