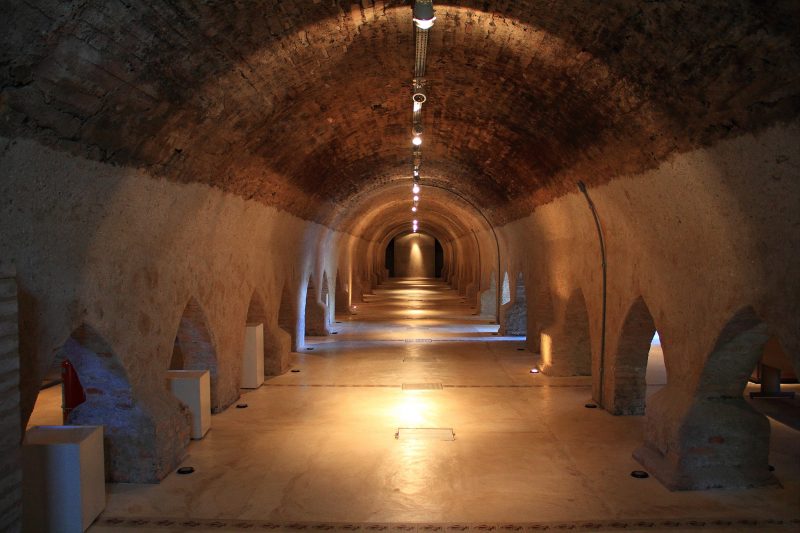 The Federal Republic of Brazil is well known for its diverse culture and people of different backgrounds. This shades some light into the rich history that the country has to offer. Just like every other country, Brazil has undergone tremendous historical changes over the years. Some have had positive impacts and others not. Since the 1500’s, when it was first ‘discovered’ to the present, there have been tremendous changes in both the political field and social life. Here are some facts you may not have known about Brazil’s history. 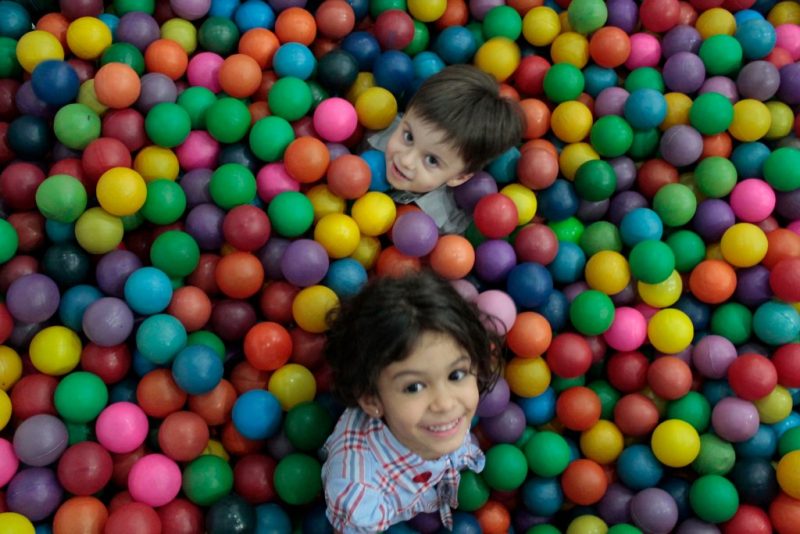 In the year 1500, a Portuguese traveler by the name of Alvares Cabral arrived with his crew to the present day Brazil, in search of water, land and food. He claimed the land to be his and thus Brazil came to be under the rule of the Portuguese. It was being inhabited by American Indians who mostly resided in the Amazon Forest. We have all heard of this great and massive forest land, haven’t we? The Portuguese later moved their royals to Brazil for governance. This event led to Brazil being the only Portuguese-speaking nation in the South and Central America as all the other countries are Spanish speakers. 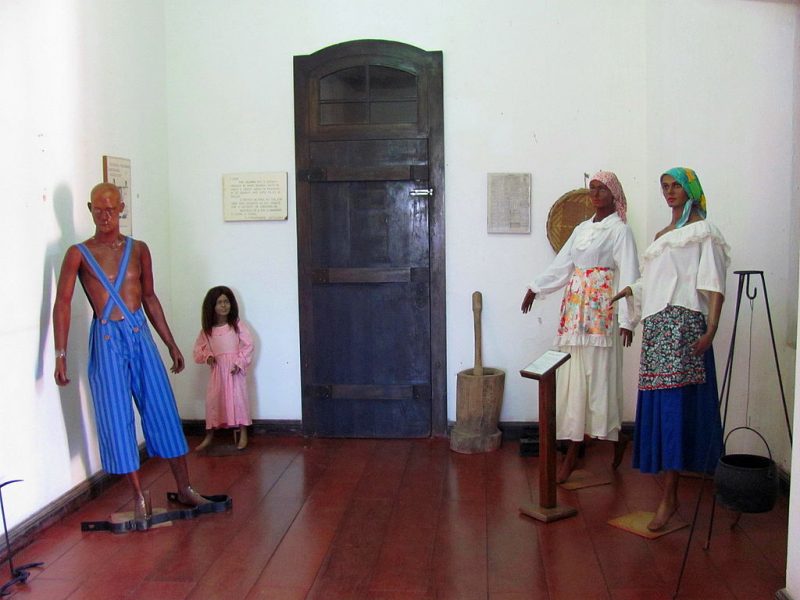 A key feature of Brazil is the slavery that took place during the time under the Portuguese rule.Their Portuguese colonizers brought along with them slaves, mostly from Western Africa. The slaves brought their culture with them, which they practiced, this was mainly through song and dance. Due to their interactions with other cultures, they incorporated the foreign cultures with their own. This is what has formed a significant share of the modern day Brazilian Culture. It led to the introduction of the famed and celebrated exotic Samba Dance among other elegant dances that Brazil has. The year 1888 is of great significance to the populace as that’s the year when slavery was abolished. The co-existence that prevailed afterward is celebrated in their National Day of Black Consciousness every November 20th. 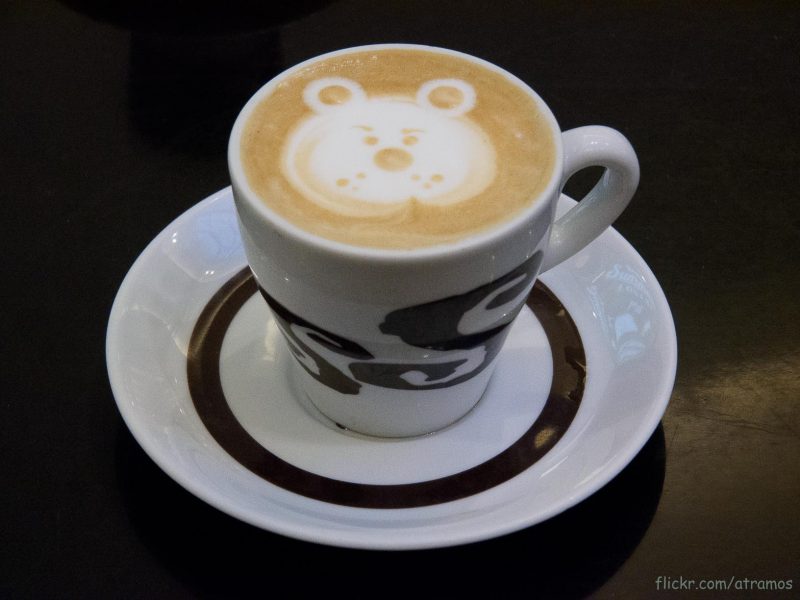 Coffee was first introduced in Brazil in the 1700’s. The crop has flourished over the years due to the rich and fertile soil in Brazil. This has led to Brazil being among the biggest coffee producers in the world. They produce different varieties of coffee, that is, both the Arabica and Robusta. This is thanks to the nutritious soils and excellent climate in Brazil. I bet, your coffee experience in Brazil will be mind-blowing. Brazil is endowed with abundant and fertile coffee plantations. These farms require a lot of care to maintain and therefore provides employment opportunities to the people. The volume of coffee produced is greater than that of Columbia. Coffee plays a major role in the country’s economy that it is believed that in the 1932 Olympics, their athletes were transported using ships that transport coffee from the country. 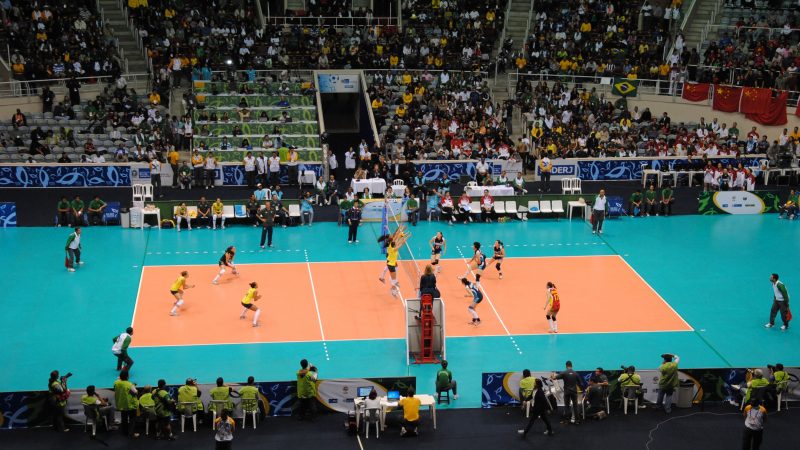 Brazil has been on the forefront of accepting that women are as capable as men. Compared to the other South American countries, it has been first to include women in nation building and representation of their country. In the 1932 Olympics, they had the first female South American athlete to participate in the games. They are also the first South American country to include women in their armed forces. This is a great achievement for the nation as women are the foundation of a community. This made the other countries follow their footsteps since they could see that women didn’t perform dismally as the society may have expected. This may be because there was women empowerment practiced by the natives already. This is exemplified by the Amazons, the women warriors found in the Amazon Forest by explorers.

5. Use of Renewable Energy 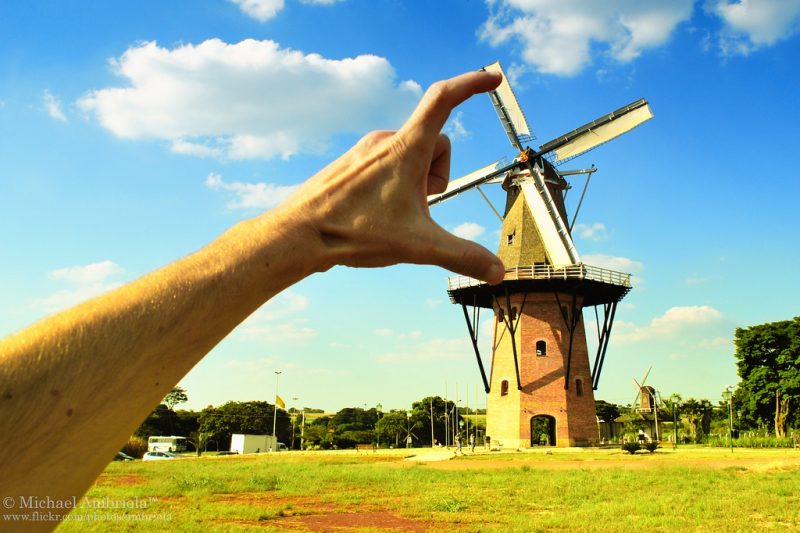 The country has made significant strides in environmental conservation. This feature is one that should be emulated by other countries as global warming has become a major hurdle for the world and needs to be tackled with haste. The electricity used in a majority of the households in Brazil comes from renewable energy. Besides, their autos run on cane oil. What an impressive way to conserve and preserve the environment!  The cane comes from their large sugarcane plantations that are across the country. Vehicles that use this energy were a high 91% by 1985. I wouldn’t be surprised if by now, the numbers have increased to a remarkable 100%.  They have also introduced a way in which prisoners can be part of the energy production by cycling to charge car batteries.

6. Influences of The Outside World 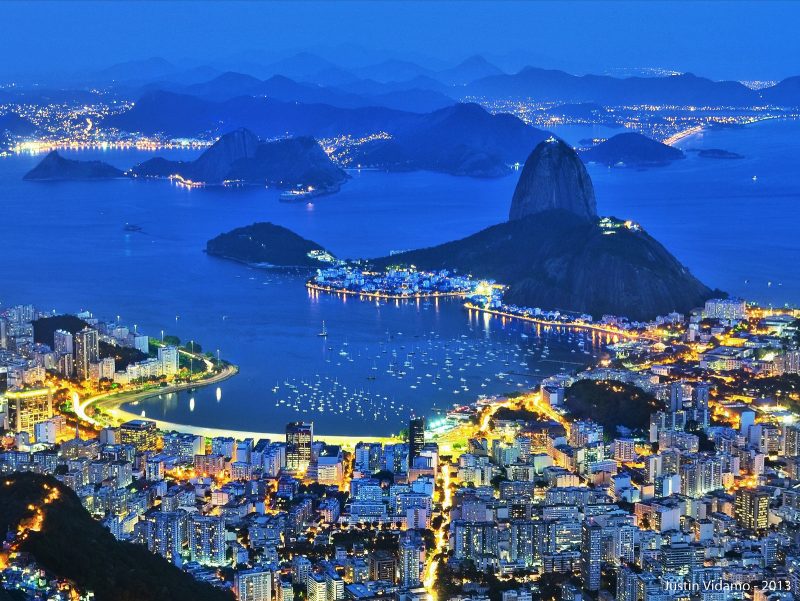 The Portuguese opened up Brazil to the outside world. This period was known as the ‘gold rush’  as countries were looking for water, land and food. Brazil was a massive fertile ground, I mean, it is home to one of the world’s’ biggest forest, the Amazon Forest. You can’t argue with that. Many other countries desired to have a piece of the cake; the Dutch tried to invade the land and take it from the Portuguese but were defeated. The Portuguese gave way to the development of the Brazilian land. Most of their cities and towns can be traced back to the Portuguese and the Spaniards. The city of Rio de Janiero was made the capital of both Portugal and Brazil. It became the first European Capital outside Europe, and it remained Brazil’s capital even after the country attained independence in the year 1822. It is before the capital was shifted to Brasilia. Another city with foreign influence is the city of Sao Luis which has French influences.

7. The Birth of the Carnival 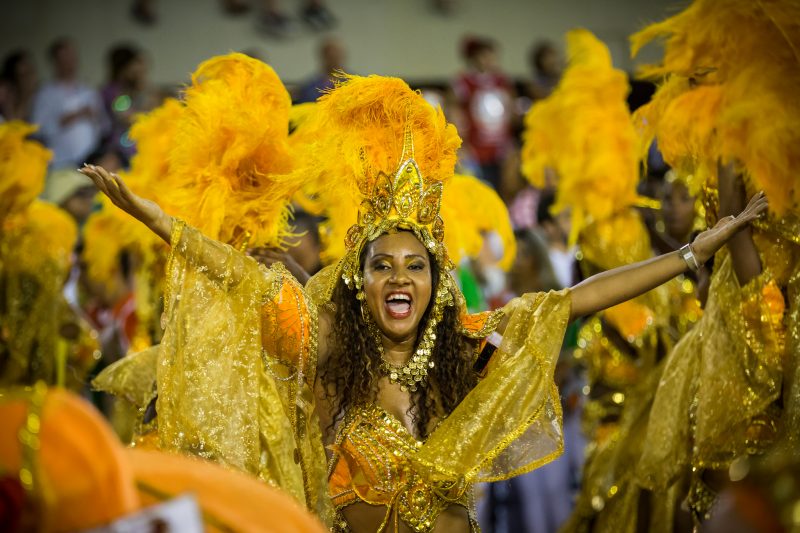 Well, we all know about the Carnival Festivities that takes place in Brazil. The great dances, an exhibition of their diverse culture and the promise of a fabulous time that the Carnival offers. This is when everyone, irrespective of origin and background, come together and have something in common. This great event was first introduced in 1908 at the Copacabana Hotel. It has since grown to the stature of a national event; people from all walks of life indulge and delight in it. The Carnival is mainly known for the breathtaking Samba parades. Different Samba Schools get to compete to outshine the other, during the parades. The premier Samba School was established in Rio de Janiero by people of black origin of Brazil. It was named Deixa Falar which means ‘Let Them Talk.’ Other schools were then formed, and thus the great Carnival became what it is now, and it gained its present stature in the society.

8. Colors of the Flag 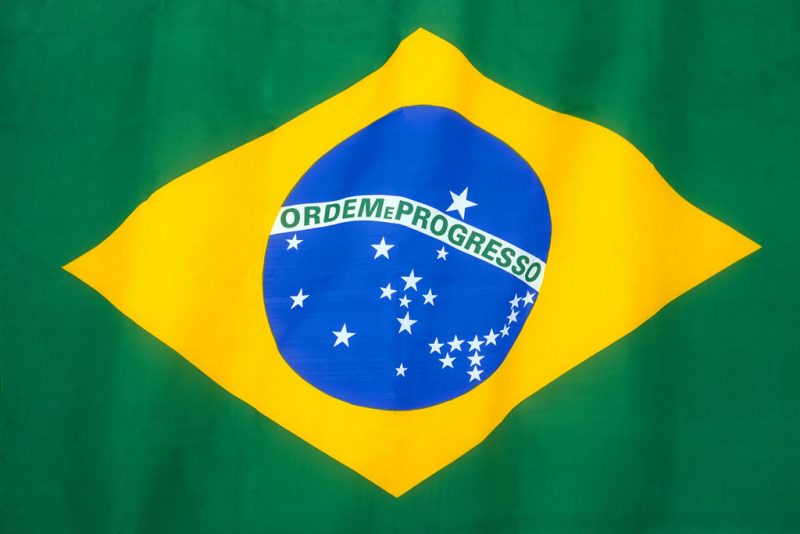 Every country has a story to tell by the choice of color in their flags and some, the selection of the patterns in their flag. Brazil is not left out in this category. The different colors represent a significant feature in Brazil or commemorate an event of importance that took place in the country. The flag was adopted in the year 1889 when Brazil became a republic; that’s when it attained self-governance. Brazil has rich, fertile soil that’s conducive to the growth of various crops. It is also lined with large forest cover which is reflected in the flag by the green color. As a country enriched with different minerals that are an essential economic component, this richness has been depicted on the flag by the rhombus that’s yellow in color. The flag is of great importance, besides being a national symbol, it also reminds them of a great event that took place. When Brazil became a republic, the clear blue skies filled with stars has been represented on the flag by the blue circle with stars in it. 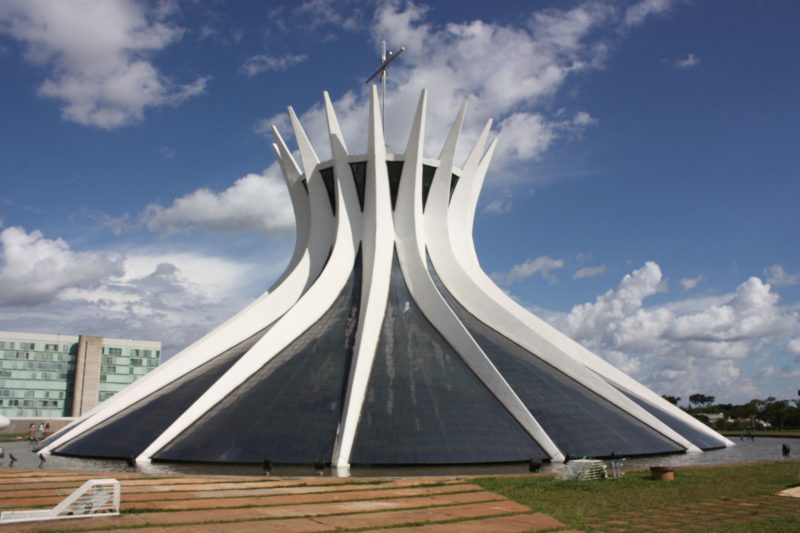 Before Brasilia became Brazil’s Capital, Rio was the first capital of the country. After gaining independence, Brasilia became Brazil’s third capital city and is now the current capital of the nation. It was constructed and structured from scratch. This move by the government was intended to open up the interior of Brazil to development. Architectural designs were done by Oscar Neimeyer together with his counterpart, Lucio Costa in the year 1956. This was the period when there was much fascination about air travel. This is why the overall layout of the city looks like a plane. In 1987, the city was named by UNESCO as the ‘World Heritage Site’. The city has been divided into various sectors with each area dedicated to a particular function. You will find government offices in a particular area and hotels in another. That’s how the city was designed and constructed. 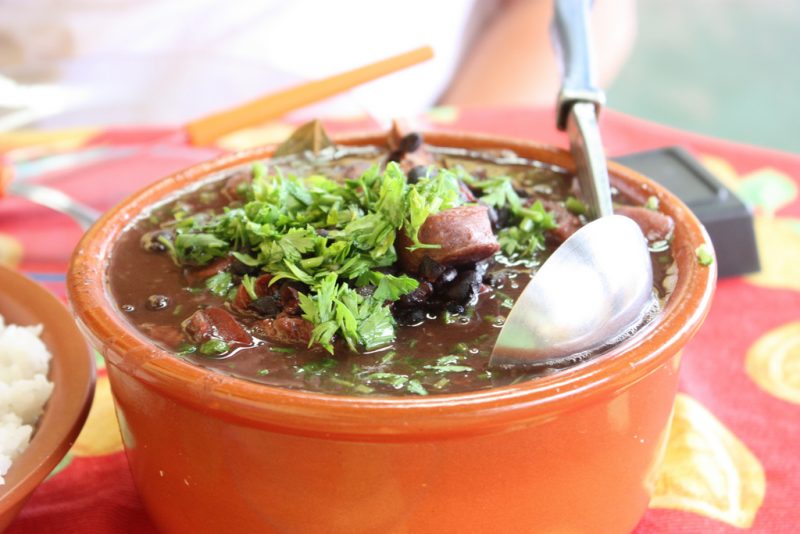 The influence from the Portuguese took root to the effect that their staple food has Portuguese bearings. This is the Feijoada dish and Caipirinha drink. The plate is made up of smoked and salted, dried meat that has been cooked in bean stew. It is a delicacy raved by many in Brazil and yummy to the mouth. You’ve got to try it when you are there; you won’t be disappointed. More so, if it is prepared traditionally.  The Caipirinha drink is made from cane mixed with ice, sugar, and lime. This is their traditional liquor. You will be able to have a taste of it mainly in the parties, and Brazil is known for its fun and wild parties. It is even believed that there are no introverts in Brazil. I don’t know how much of that is true but from some festivities that are held, it could hold some water.

The country of Brazil has a rich history and culture that is being practiced to date. You won’t have enough of Brazil in just one tour. You will always yearn for another experience in this happy and beautiful country.