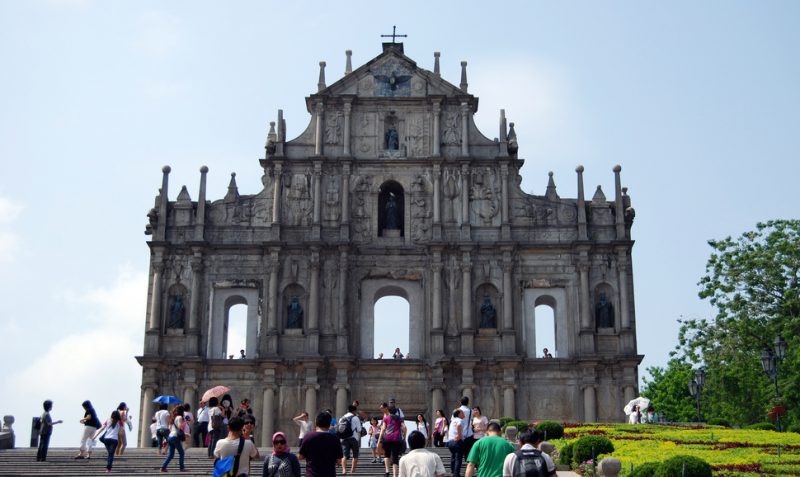 Sao Paulo is a picturesque city in the South American country of Brazil. The Sao Paulo Cathedral was initiated as an idea of having a main church in the little village of Sao Paulo. The Cathedral now is one of the greatest in the city and a must visit tourist attraction too! Here are 15 things to know about the Sao Paulo Cathedral.

The airport of Congonhas-Sao Paulo is the nearest airport to the Sao Paulo Cathedral. It is located at a distance of about 10.7 km from the cathedral via Corredor Norte-Sul route. The cathedral is also accessible through the metro subway. The closest station is the Se Metro Station at Line 1 – Blue & Line 3 – Red.

The neo-gothic structure and Renaissance-styled dome along with the cathedral were designed by German Maximilian Emil Hehl. It is inspired by the Renaissance dome of the Cathedral of Florence. The construction started in 1913. However, due to the world wars, the work slowed down. The inauguration of the new Cathedral happened in 1954. The towers were unfinished but it was the celebration of Sao Paulo’s 400th anniversary. The towers were later completed in 1967. Over 800 tons of rare marble were used to construct the Catedral da Se. All mosaics, sculptures, and furniture that make up the church were brought by ship from Italy.

The beginning of  Cathedral of São Paulo dates back to 1589 when it was decided that the main church was needed in the small village of São Paulo. The old church was demolished and rebuilt inBaroque style in 1764. The reconstruction by Macmillan was slowed down due to wars and the final inauguration happened at the 400th anniversary of the cathedral.

The very large crypt of Sao Paulo cathedral is located below the main altar and can be considered as a subterranean church in itself. The crypt was created with marble carvings and contains the tombstones of great Christian personalities in history. It was also designed by Francisco Leopold himself.

The Italian firm Balbiani and Rossi built the organ of the church in 1954. It has five keyboards, 329 stops, 120 registers, and 12,000 pipes, the mouths of which display hand-engraved reliefs in Gothic style.

There are a number of things to do around the Sao Paulo cathedral. The small city in Brazil is a treat for every kind of traveler. You can join the jam sessions at MAM or go for a shopping spree at Espaco. There are hiking and nature treks in the Atlantic forests for the nature lovers. For the foodies, there are a number of delicious cuisines to choose from all over the city.

The famous Sao Paulo cathedral is a picturesque beauty to behold! The place is popular with photo fanatics and professional photographers. There are many places nearby to wander and get lost. Thus, this place is best for wanderers, adventure-seekers and nature lovers too!

The Sao Paulo Cathedral is situated in the central part of the city. The places around have the best of restaurants, food joints and takeaways. These places present to the travelers cuisines from all over the world and delicacies of the Brazilian style and American flavors. Sarasin, Capitano, Arabia and Bravo bistro are some of the closest restaurants to go to while on tour to the Cathedral.

The area around the Cathedral is posh and clean. With the best of three-star and five-star hotels in the whole city, the nearby hotels include WG Plaza Hotel, Hotel Jamar, Cinelandia Hotel and Hotel Sao Paulo Inn. With the best facilities for tourists and ease of access throughout the city, the hotels near the Sao Paulo cathedral are the best accommodations to stay.

Plano Inclinado Goncalves is a steep inclined plane that is one of the landmarks for Sao Paulo Cathedral and a must visit too. There are open air theaters like the Credicard Hall and museums like Paulista Museum. These places are famous in the city of Sao Paulo and wanderers are bound to get the best experiences while touring around the place.

The Sao Paulo Cathedral was reopened recently in 2002 after a three year year restoration. The restoraton was inclusive of stain glasses repair and revitalization of the bells. The building structure was strengthened at the threatened areas, repainted, washed and renovated completely. Also, some original plans were found dating back to 1912. Thus, the pinnacles and towers were added to the strusture according to the original 1912 plan.

Here are some of the important information one should check before going to the Sao Paulo Cathedral.

That was the spiritual Sao Paulo Cathedral. This place has an ambiance full of soulfulness and people have loved the feel around here. The greenery and nature along with the climate at the right time of the year, make this one of a must visit place for the travel freaks.

15 Places for Shopping in Sao Paulo