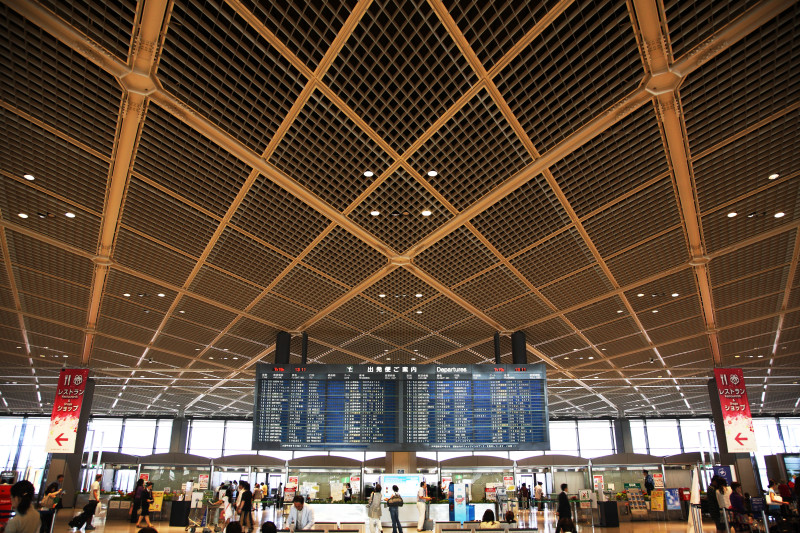 Narita International Airport is located 60 kilometres (37 miles) east of Tokyo center in Chiba Prefecture, near the city of Narita, and is the largest and most busy airport in Japan. Although the airport also serving domestic flights, it is mainly an international airport which 50% of all passenger flights and 60% of cargo flights in and out of Japan are going through. Narita serves as the main international hub of Japan Airlines, All Nippon Airways and Nippon Cargo Airlines, and as a hub for low-cost carriers Jetstar Japan, Peach and Vanilla Air. It also serves as an Asian hub for Delta Air Lines and United Airlines.

This article will help you learn all the important information about Narita Airport, how to use it, and how to find your way around its complex, but first lets learn how to get to get in and out of the airport. There are 4 ways to get in and out of Narita Airport which are all very comfortable and quick. The difference between them is basically related to where you want to get, how fast and your budget. Lets go over the 4 different transportation system available for you to choose from.

1. How to Get from Narita Airport to Tokyo by Train? 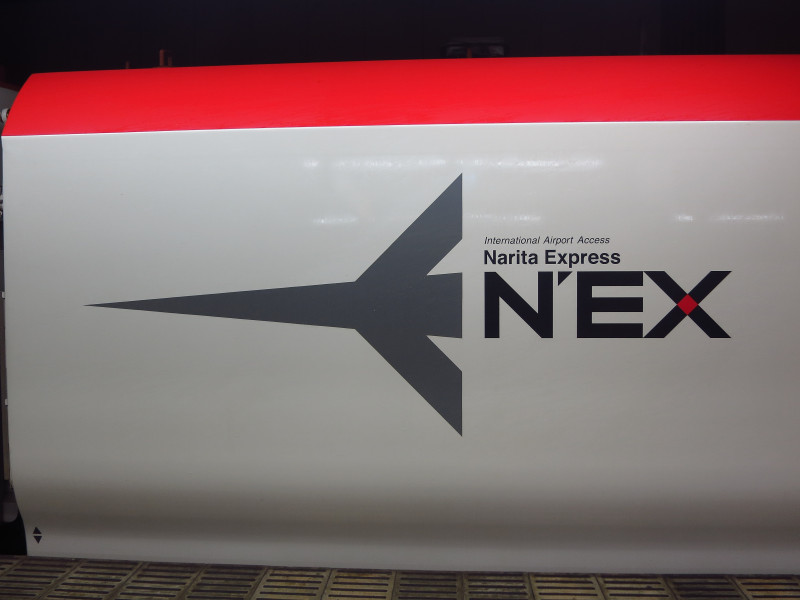 2. How to Get from Narita Airport to Tokyo by Bus? 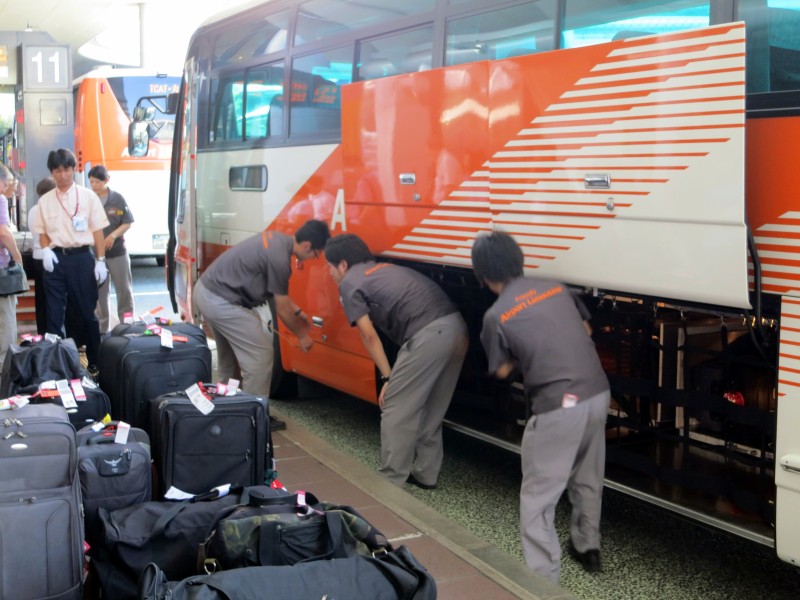 Narita Airport has a vast network of Limousine Buss service which are very convenient to reach Tokyo, Chiba, Kanagawa, Ibaraki, Saitama, Tochigi, Gunma as well as to get from Narita to Haneda airports. The limousine bus service ticket counter are located right outside the arrival gates and busses are leaving the stations very frequently, usually about 3 times per hour. Once you get your ticket, you will see which bus station number you need to get to and as you arrive to the station, the limousine bus personnel will take your luggage and give you a ticket number which shows the station you want to get to. At the station, the limousine personnel will unload your suitcase and will wait for you to pick it up. It is a very safe, simple and quick way to reach all greater Tokyo area.

3. How to Get from Narita Airport to Tokyo by Taxi? 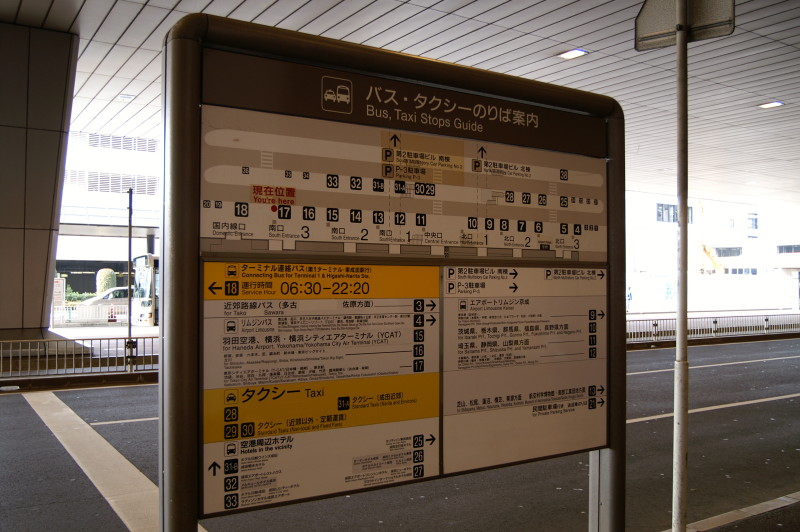 If you want to reach Tokyo or any other area by Taxi, please remember that it is quite a long ride to the city center and even with a taxi, it might take over an hour to reach Tokyo area. Standard metered service might cost about $200 one way and if you do want to get a taxi with more reasonable price, you can try the fixed priced shared taxies service which is located at the same area of the standard taxies. The fixed price taxies fare are organized to 6 zones.

4. How to Get from Narita Airport to Tokyo by Car? 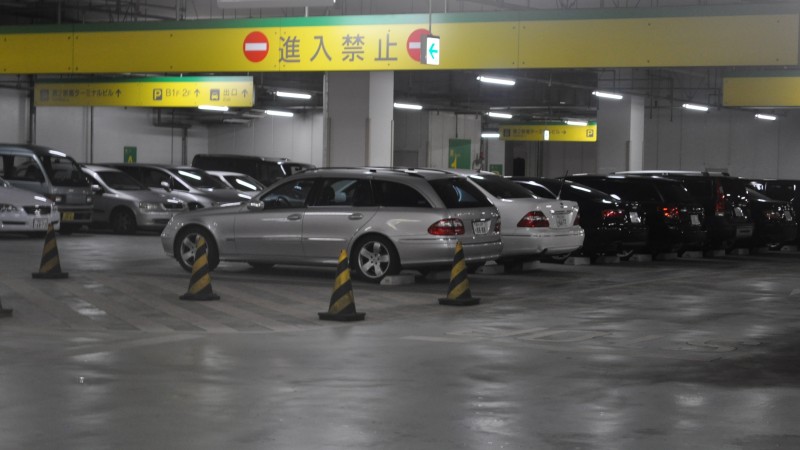 In case you use a car, there are 4 ways to reach Narita Airport. Two are using the highway and 2 using regular roads.

1. Take the Higashi Kanto Expressway to the Shin-Kuko Expressway (toll road), get off at Narita IC and enter the airport through Gate 1.

2. Route 296 to either the Yokaichiba – Sakura road or the Narita – Matsuo road and enter the airport through Gate 6. (Airport South)

* Using expressways are much faster but you will need to pay the toll fee at the different toll gates along the way.

5. Which Airlines are Located in Terminal 1 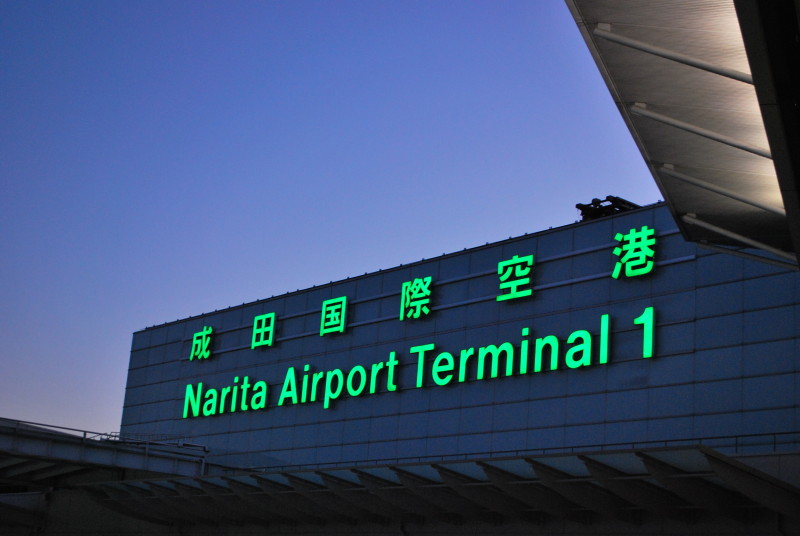 6. Which Airlines are Located in Terminal 2 & 3 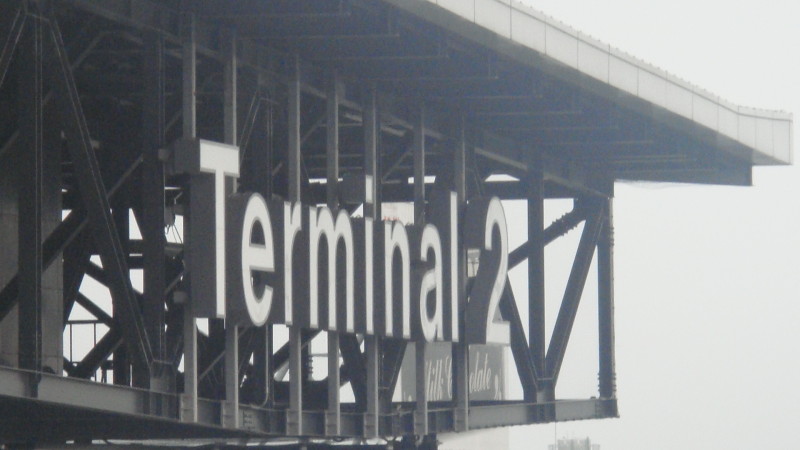 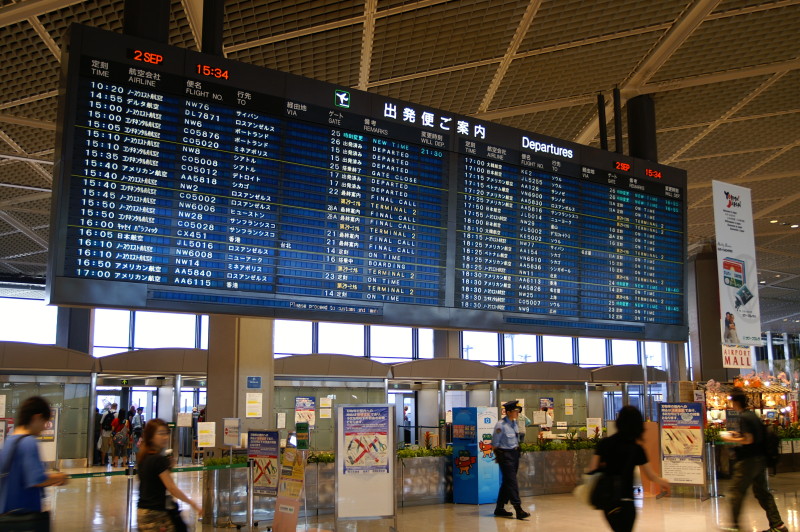 Terminal 1 is a 5 floors building and includes a basement floor which is the floor which connects to the Narita Airport Station. The first floor is the arrival lobby as well as the domestic flight check-in area. The 2nd floor is the immigration floor as well as the car parking access. The 3rd floor is the passport control area, duty free and souvenir shops and the domestic flights arrival area. The 4th floor is the international departure lobby and the shops& restaurants area. The 6th floor is where both shops, restaurants, coffee shops and the observation deck is located. 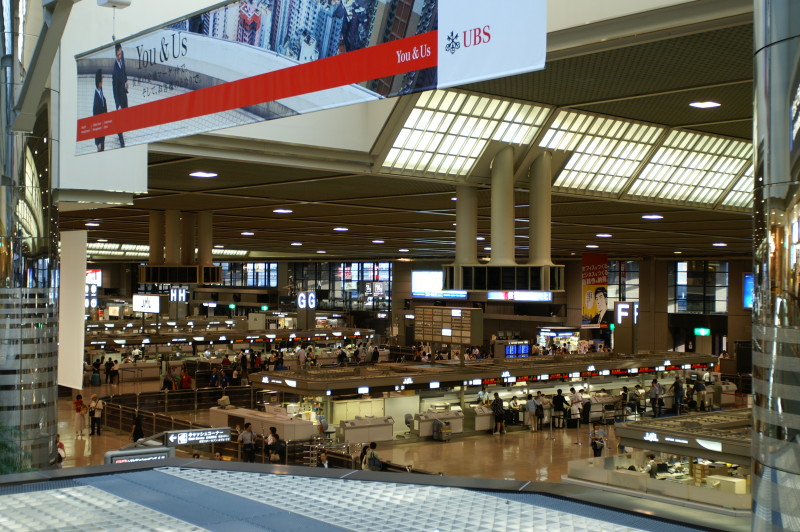 The new terminal 3 building which was opened in 2015 is a small 2 floors building which holds the departure and arrival lobbies for the low cost airlines of Jetstar, Spring and Vanila air.

9. Where and What to Shop in Narita Airpot 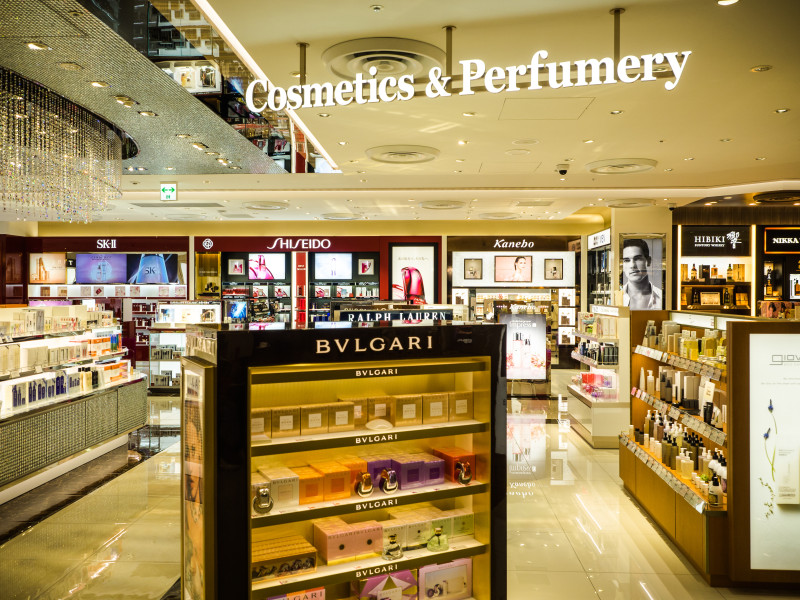 Both terminal 1 and 2 offers a variety of shops offering a wide range of duet free products from souvenirs to packaged food, toys, fashion cloths and accessories as well as books and magazine stores. The main shopping floors are the 3rd to 5th floors of Terminal 1 and the 4rd and 4th floors of terminal 2. Terminal 3 has no shopping area and is just used for check in and arrival. Walking between the terminal is possible and takes about 10 minutes from one building to the other.

For full list of shops in Narita Airport please use this link:

10. Where and What to Eat in Narita Airport 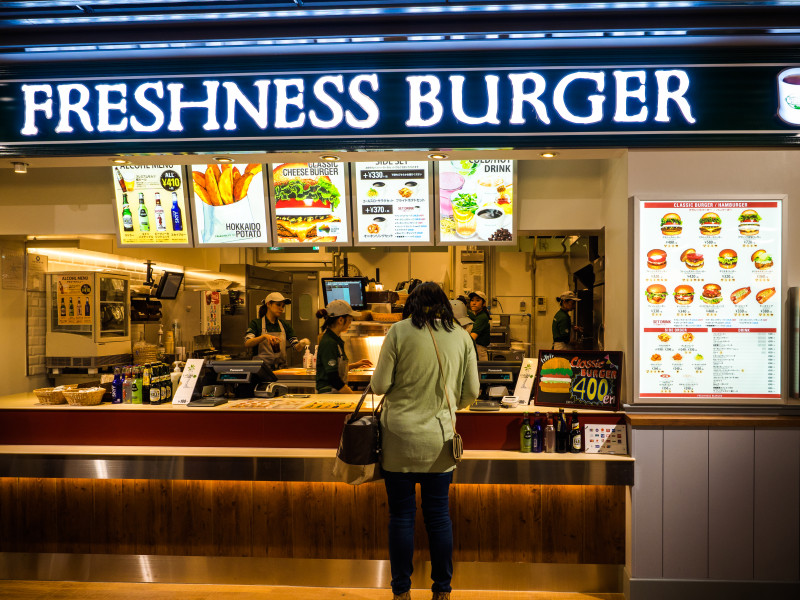 Narita Airport offers wide variety of restaurants and places to grab quick food before or after flights in both its terminal buildings. The restaurant area is located on 4th and 5th floor of terminal 1 and the top 4th floor of terminal 2. Visitors can find Japanese, Western, Korean, Chinese and other ethnic food restaurants, snack & fast-food chain stores, large food court, coffeeshops, and Izakaya stores. The Japanese food is probably the most common restaurants around the airport offering Sushi, Ramen, Udon, Soba and general Japanese dished which are common in Japanese Izakaya and local restaurants all over Japan. The food quality is pretty good and the service is quick and efficient allowing many customers to quickly get their orders and leave to their flights.

For full list of restaurants in Narita Airport please use this link:
http://www.narita-airport.jp/en/shops/rest_shop/quicksearch_rest.html

If you wish to rent a car or bike, there are several companies offering rental services for foreign visitors. Terminal 1 and 2 have rental service desks for Nippon, ORIX, Nissan, Toyota and Times car. They are all located on the first floor of each terminal.

To get more information about rentals of vehicles at the airport, please use the following link:
http://www.narita-airport.jp/en/guide/service/list/svc_51.html

1. Select the network, FreeWiFi-NARITA, on your laptop or smartphone.
2. Launch your internet browser.
3. Follow the instructions on the screen to connect to the internet.

Narita Airport has 12 hotels in close proximity to both terminal 1 and 2 and are excellent choice if you have a flight delay, or need to stay overnight in connection flights through Narita Airport. 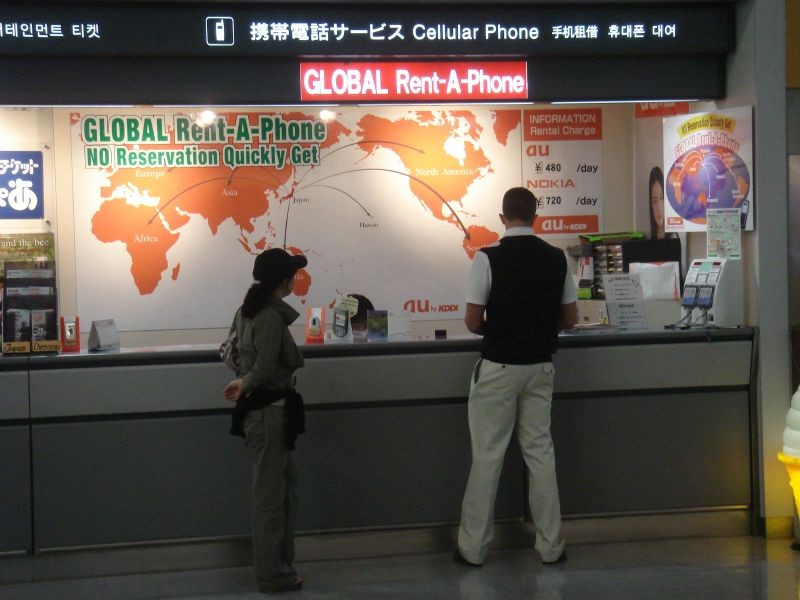 Both terminal 1 and terminal 2 offers shops which rent cellular phones to foreign visitors. In the past few years, there are more and more internet users who use their WiFi equipped cadets to make calls and now days, all the cellular phone shops also offer Wi-Fi rentals.

For full list of available cellular phone and Wi-Fi, please use this link:

Narita Airport offers both baggage storage facilities to keep your luggage for short or long term as well as coin operated self-service locker of different sizes.

For farther information about baggage storage in both terminal 1 and 2 please use the following link:

10 Things to Buy in Narita Airport

20 Things to Do in Narita

15 Things To Do in Noda Japan