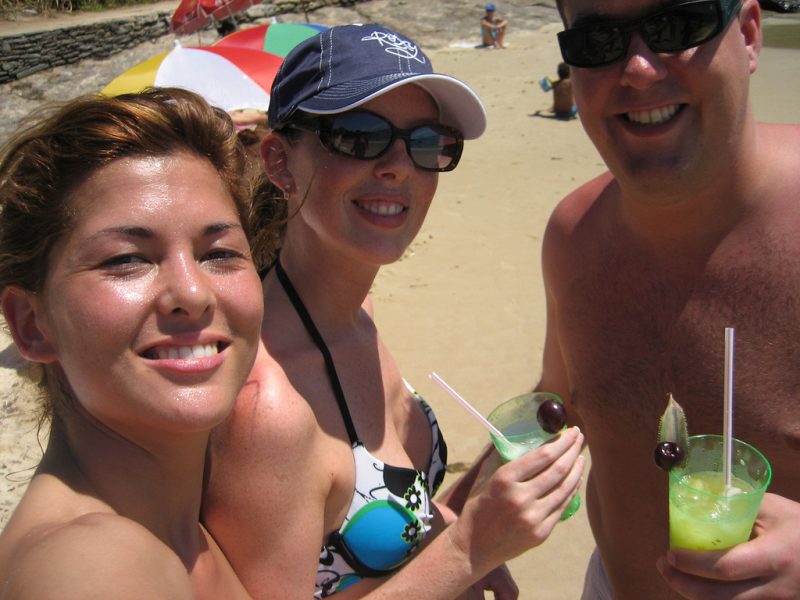 When you go to Rome, well, you know how the saying goes. And Brazil stands to be a Rome of its so. Thus, there are codes, just like terms and conditions that every esteemed guest has to abide by. It might be for your sole benefit, or a mutual benefit of all stakeholders in the locality visited, but all in all, playing by the ‘Brazilian accords’ will, without a shred of doubt, be a good call for everyone. Summarized here is a brief insight of how to behave in this somewhat controversial state.

1. You will occasionally be addressed as ‘Gringo’ 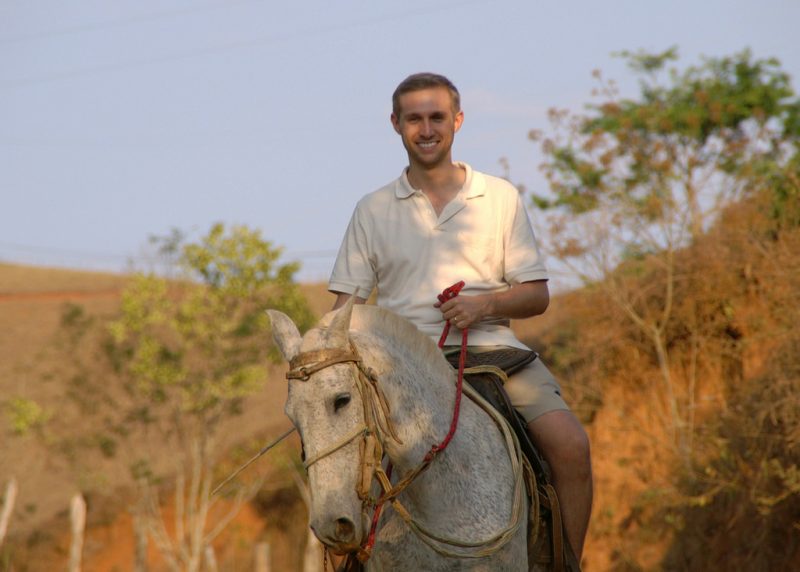 I can assure you that this will certainly happen at one point or the other. After all, it’s what the locals live by each and every waking moment and so it shouldn’t hit you by surprise. In fact, it should be the last thing that should you take you by storm. In the Spanish lingo, however, Gringo typically refer to an ‘Americano,’ precisely one who isn’t Latino or Hispanic.

2. Kissing Strangers is No News in Brazil 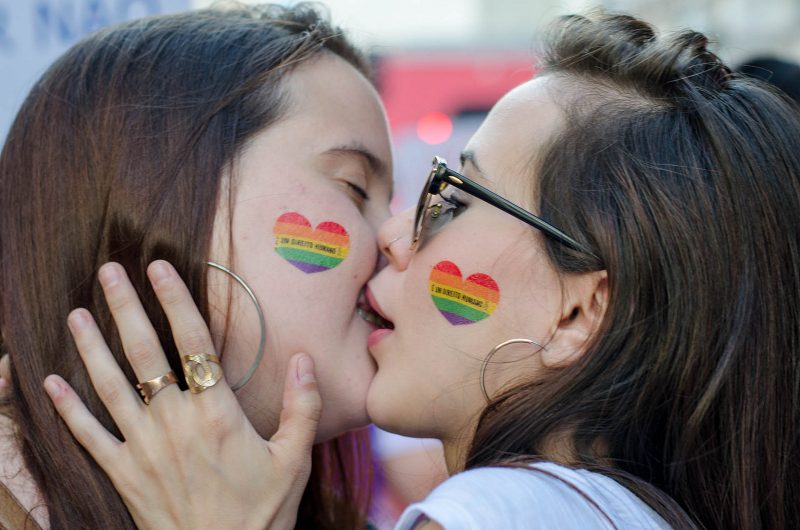 As things are, it’s customary. Shocked? Don’t be, because you are far from learning the actual norms of the Brazilians. Getting acquainted with folks here is a tick-tock process as Brazilians don’t place much significance on personal space hence they tend to –express them themselves through the emotional path as well. Clearly, this sounds weird but for them, they are simply crazy that way.

3. Parties are Quite Vital in Brazil 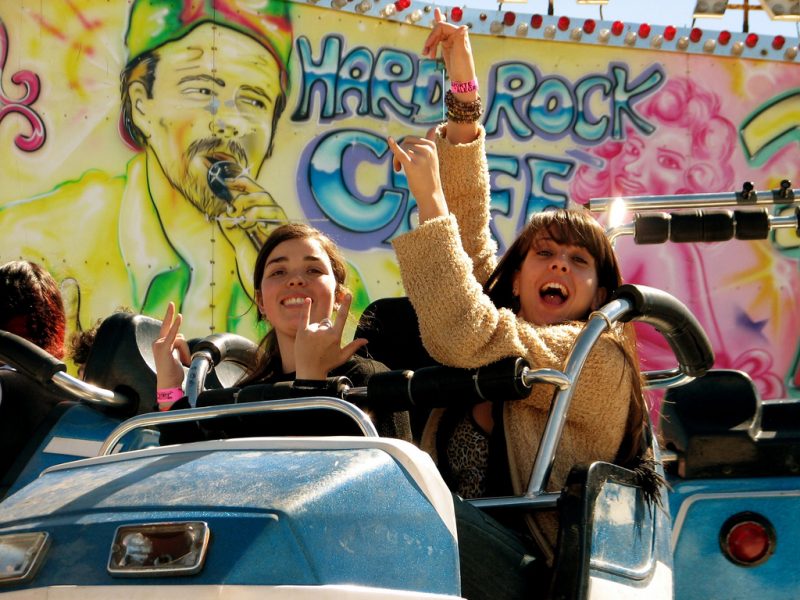 Brazilians are naturally partying people. They are born into it, and they live by it. Even two of the major killer bashes of the entire globe, the bewitching Carnival and the celebration of the alluring New Year Reveillon that is, are produced by this motherland. Though the celebrations and parties go down all year long, thanks to the endless religious ceremonies, art-promoting cities and free music fests set afloat by the life-filled Rio de Janeiro.

4. Rhythm Dictates the Moment in Brazil 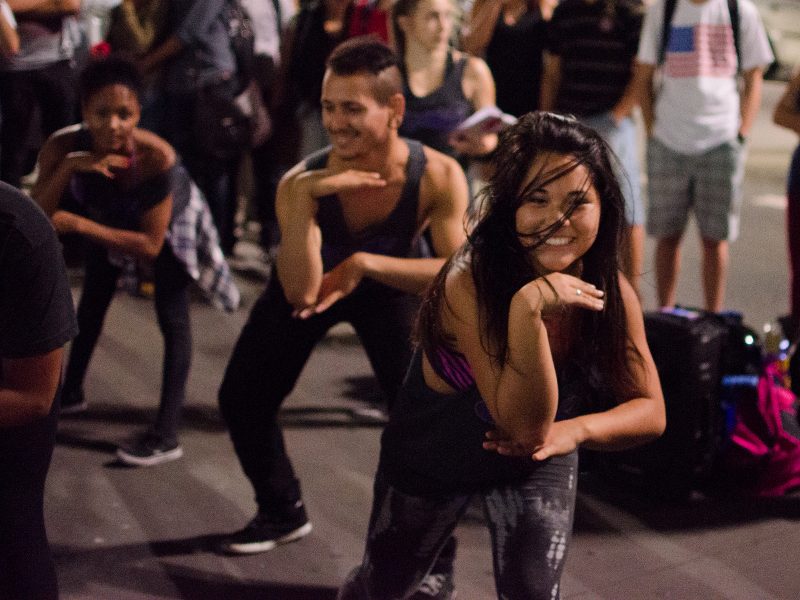 The motto usually is ‘Rhythm is Kind.’ Unlike most world cities and localities where the preset musical genres dictate the moment, in Brazil, the improvisation is the real deal. Despite being reputed for the traditional world Samba (a cocktail of different African drum circles and grand European marches) and the Bossa Nova (samba that’s professionally slowed down and blended with the time-honored American Jazz and celebrated French impressionism), Brazilians proficiency in improvising aids them to deliver a quality of music. You task; listen to the rhythm, go by the beats and you will feel at home.

5. Introverts Do Not Exist in Brazil; don’t be the First 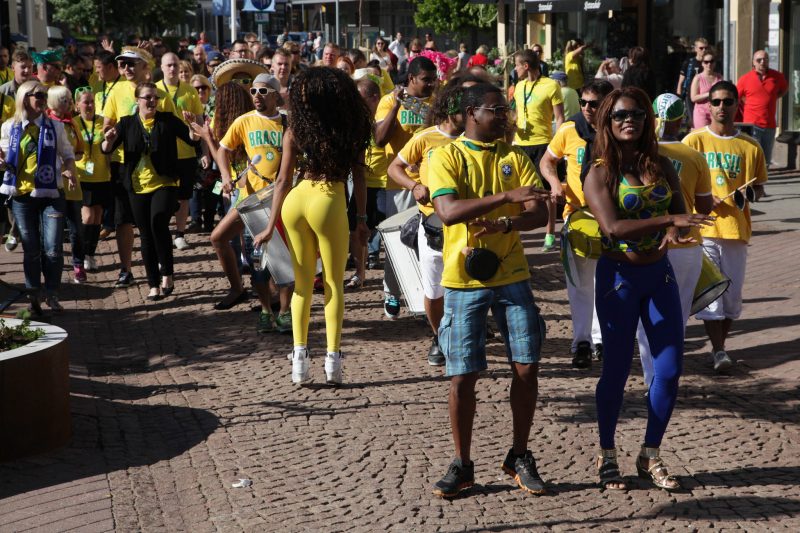 If you can’t beat them… All you need to get is that you should hardly be offended; particularly when you are handled (treated) informally. It might not be what you are customary to, but when you get to Brazil, it’s how they treat every soul. The authority figures, even in the likes of the president herself are treated as such and mostly addressed by their (your) first name. Bottom line, Brazilians are warm people, who will make you bend your principles and get out of your cocoon, unwind enough and have the time of your life.

6. English is Not Widely Spoken in Brazil 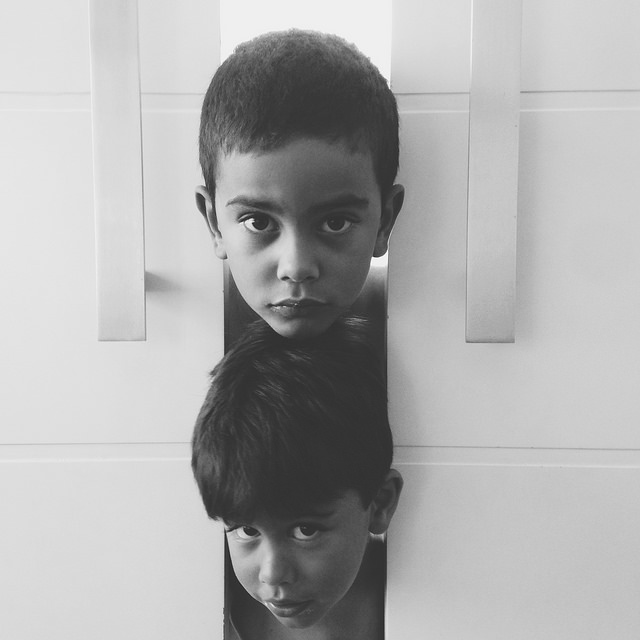 The locals in this South American nation are fundamentally Portuguese speakers on a secluded Spanish continent, miles from the English-bound world. Hence, not many do speak the English language, especially in regions outside the crazy Rio de Jairo and the fast-paced Sao Paolo. If you ask them, they’ll tell you all about the contemporary American movies and hit Adele releases, but conversing in the language is such a hustle considering Portuguese has taken roots even in schools.

7. Do Not Assume Brazil Women are promiscuous and Men Thugs 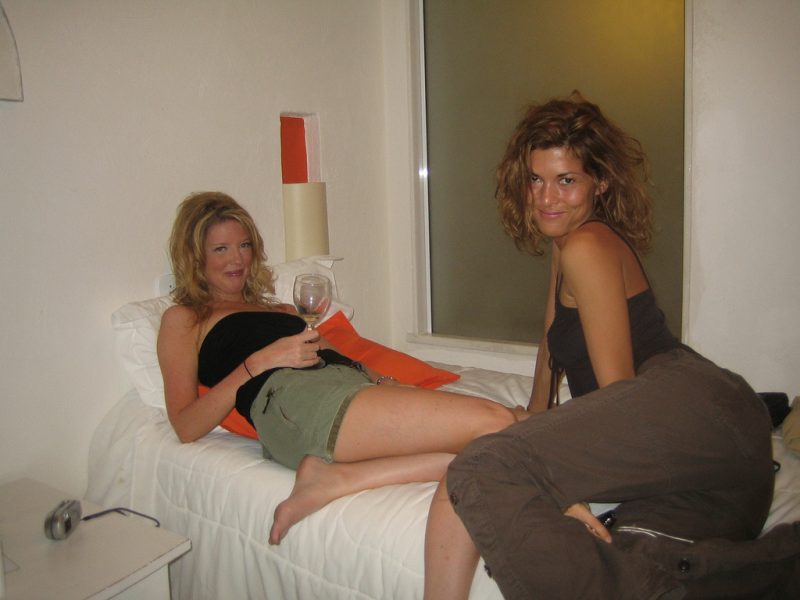 Brazilians are vivaciously cultured people who are ever bubbly, but that should prompt you into thinking that their beautiful women are somehow naturally ‘whores.’ That will be so unkind of you and insult to the hospitable hosts who will welcome you with open arms. The same goes for their muscularly-built men. As much as a cover gives a verdict on the book it shields, manners still do market man. For centuries Brazilians have been receiving such a welcome in many countries, especially abroad, but truthfully, it’s high time the boat starts taking a different course.

8. Tipping is only ‘Compulsory’ to Hotel Staff and Waiters

I can bet this has taken hold of you somehow. You get to a hotel, resort or spa, be ready to do the necessary after getting the exemplary service. The offers availed are admittedly lucrative, attendance, is commendable and the whole experience complimentary. The professionals at it are also very astounding and experienced in the line of services production. However, at the end of the day, what belongs to Caesar (according to them that is), should find its way to Caesar. Tipping in other places isn’t as mandatory though it’s usually highly appreciated.

9. Public Transport is Lousy; Take a Taxi if You Can

This remains to be one of the challenging factors in Brazil which need to be addressed for sure. If you have the sorts, grab a taxi almost everywhere. In some well-established cities like the ‘all-eyes-on-it’ Rio, taxis are superbly cheap. Note, though, ascertain that your credentials are with you all the way. Inquire about the recommendations of the various operating cab lines from trusted locals or the very hotel you are vacating in. 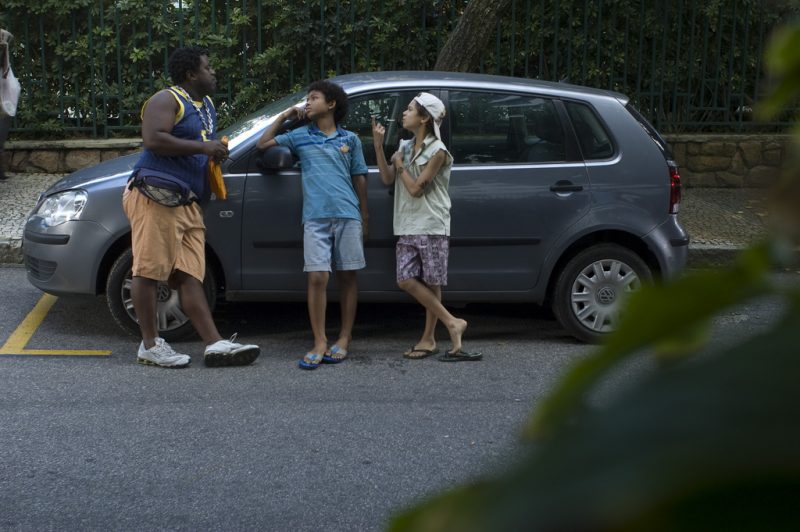 Just like English is a foreign language to them, so is Spanish. Brazil is sitting in Spanish continent, yes, many of its neighboring states do speak the language, again yes, but don’t presume that to be the case to these Samba people. Someone long ago uttered; assumptions are the mother of all… As much as it may seem so apparent to you, don’t bring that assumption with you to Brazil as you will be met with sheer arrogance. Of course, they were colonized by the Portuguese, and the language has taken roots here, so you can cut yourself some slack and just understand that simple manner.

11. Religion isn’t A Cutthroat Topic as Much 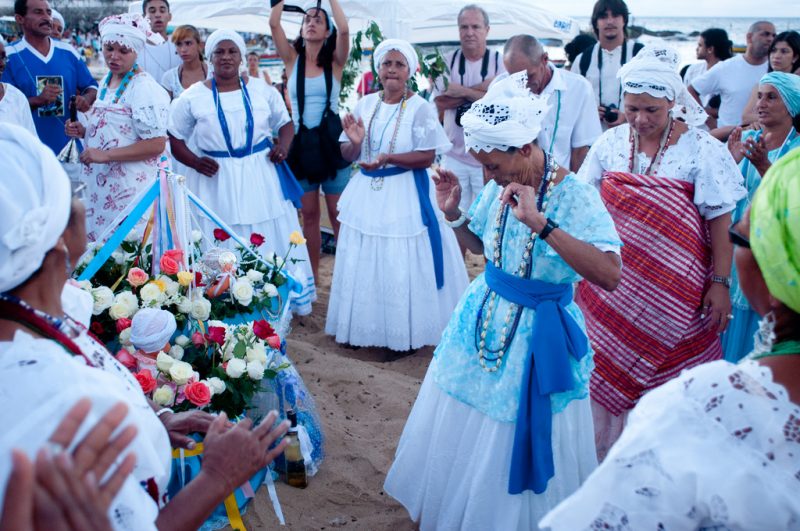 Brazil is primarily a religion-laden state; that’s for sure. It accommodates different races, with various cultural beliefs including even new practices and very strange religious affiliations. Nonetheless, do not try to initiate a conversation of such nature. Most of the countrymen and women are Catholics, and it goes as far as that. Catholicism is deeply embedded into the state culture, but you’d be smart to clear of this precise topic.

12. Bribing Can Work Out Both Ways

Corruption and Bribe land him in Jail, Republic of Curitiba, Brazil pic.twitter.com/4JuFNNVqVR

We weren’t going to leave this subject untouched of course. It happens, almost everywhere, that’s not something to shy away from. Even at the highest levels of governance and in the so-respected religious places, corruption surpasses. In Brazil, however, paying off (bribing) a law enforcement officer, can be your ticket out, or it can blow right on your face. In the scenario where your bet pays off, the police officer will drain you as maximum cash as he or she can. If things come to shove, you will find yourself in a not so comforting cell. That’s something you can just evade, though.

13. Drug Use and Going Topless (at Beaches) is Prohibited 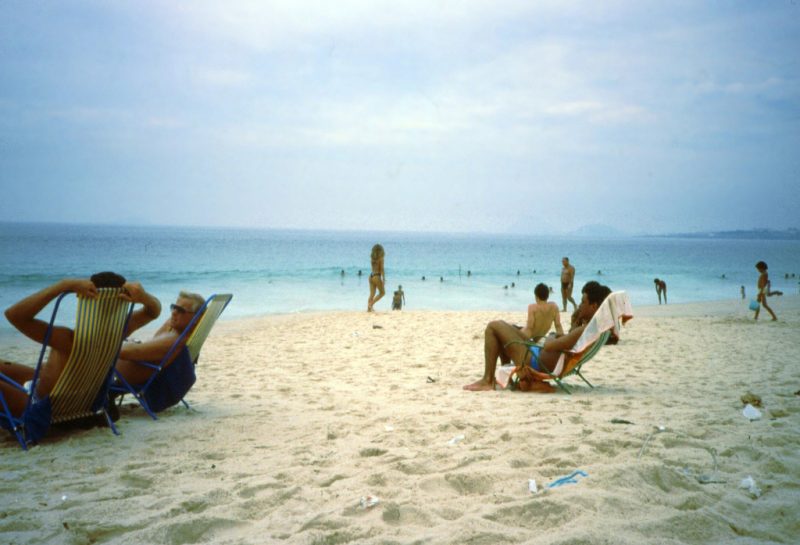 Everyone comes to Brazil with crazy ideas, but it needs not mentioning that these ‘fancy’ ideologies are ever not by the book. The use of drugs in the like of Marijuana, famed as Maconha in Brazil isn’t something to hit the headlines, especially in nightlife joints. Again, the sunny beaches and comforting dunes aren’t usually satisfying enough until we spicy things up a little bit once we do hit the sandy beaches. One such awesome way is to go topless, which has turned out quite perfect for many youths and tourists. However, it’s illegal, and if you are caught doing it, it will land in hot soup of course. 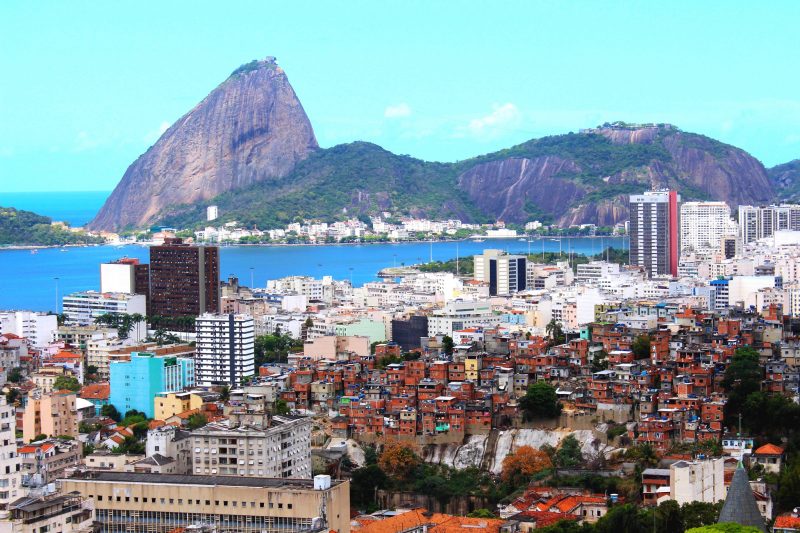 You better get that into your head right now. You want to enjoy Brazil, Rio to be precise, then play safe. The favelas, urban-placed Brazilian slums so to speak, are still ran by drug lords hence not as safe. This isn’t to scare you or anything but a manner which will ensure you get back in one peace. Get locals from the favelas to show you around or only go for guided tour to avoid all this havoc.

15. Respect All and Don’t Show Off 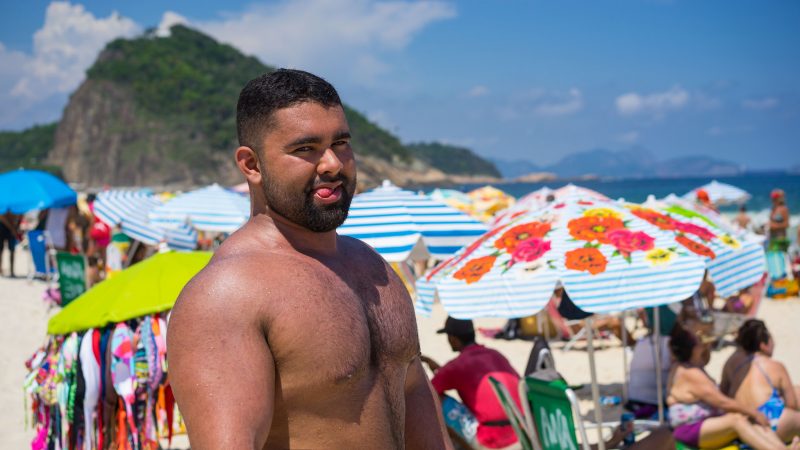 Brazil, still in the docket of third-world countries has an enormous gap between the filthy wealthy and the strangely poverty-stricken. There are those that reside and dine in cities and the common folk that devours the favela life. Still, treat all with respect, and you will share tales of welcoming buddies. Murder rates are super high, though, and half of the top-rated violent cities are in this country, so it’s wise to keep those fancies that you possess to yourself. Failure to do so, automatically mean that they will be kept for you. If you can spend some few bucks, go ahead, and you will receive all sorts of praises. Do not overdo it to attract unwanted attention, though.