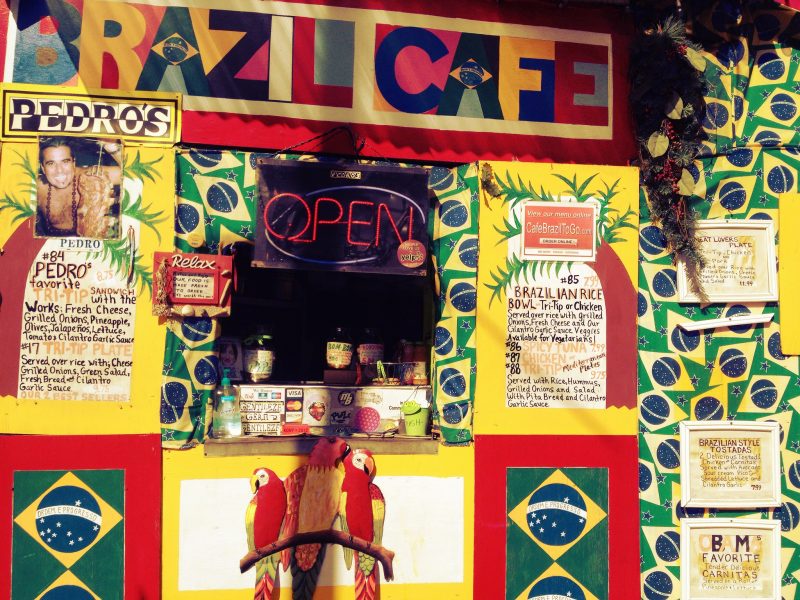 Brazil is a large, diverse country with lots of variety in accents, landscapes, music, and, of course, food. Reflective of its history, the food is influenced by Indigenous, European, Middle Eastern, Asian, and African cuisine. That vibrant, rich history is nowhere more evident than in its street food. Below are the 10 best street foods of Brazil. 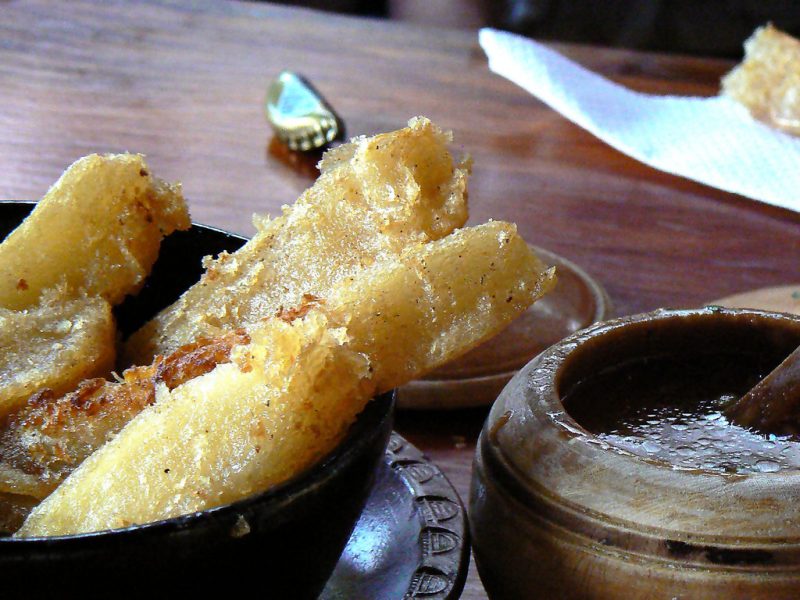 Aipim frito is one of the most popular and largely consumed street foods in Brazil and is made from the cassava plant. The cassava plant can be found all around the country. It was originally the staple food source for native Brazilians before the arrival of Europeans. Brazilians use it in hundreds of dishes that go from sweet desserts to bread. One of the most popular versions is to turn the plant into thick crispy chips, similar to what we think of as fries. 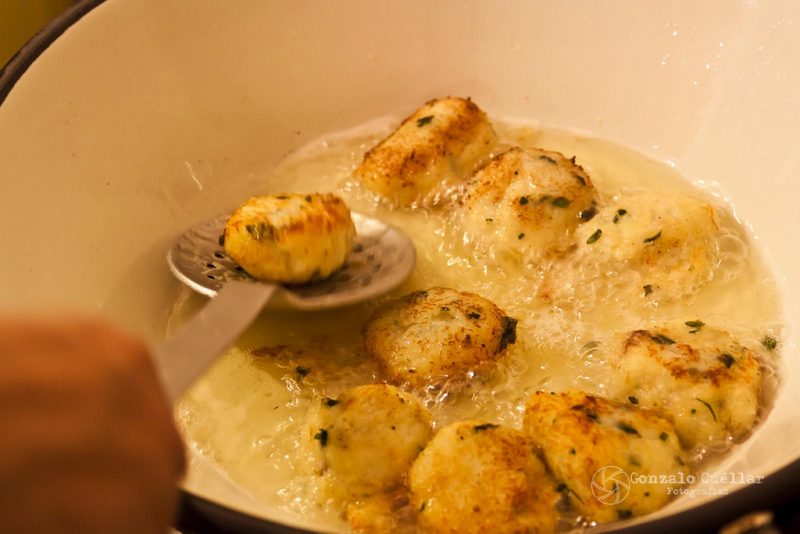 Bolinho de bacalhau, or little codfish balls, should be creamy on the inside and crispy on the outside. Originally Portuguese, the bolinho gained such popularity in Brazil that they quickly became a Brazilian favorite and are an absolute must-try street food for any visitor to Brazil. They are often served with fresh lime for a dash of citrus brightness and acidity. This is probably because of the lengthy process needed to soak and de-salt the fish. 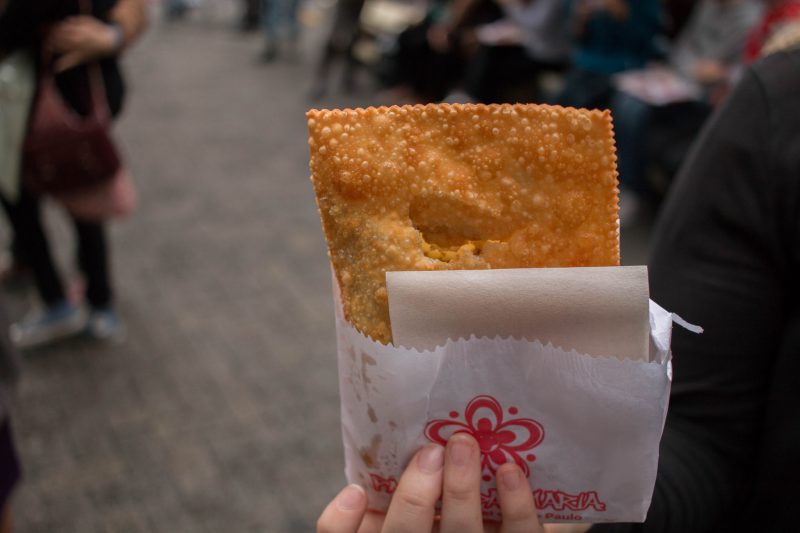 Pastel is a deep-fried pastry with a variety of fillings. It was originally inspired by a Chinese egg roll. The Chinese immigrants adjusted their cuisine to what ingredients were available in Brazil. They are cheap, easy to make, and require few ingredients, making them a perfect treat to enjoy at street fairs. 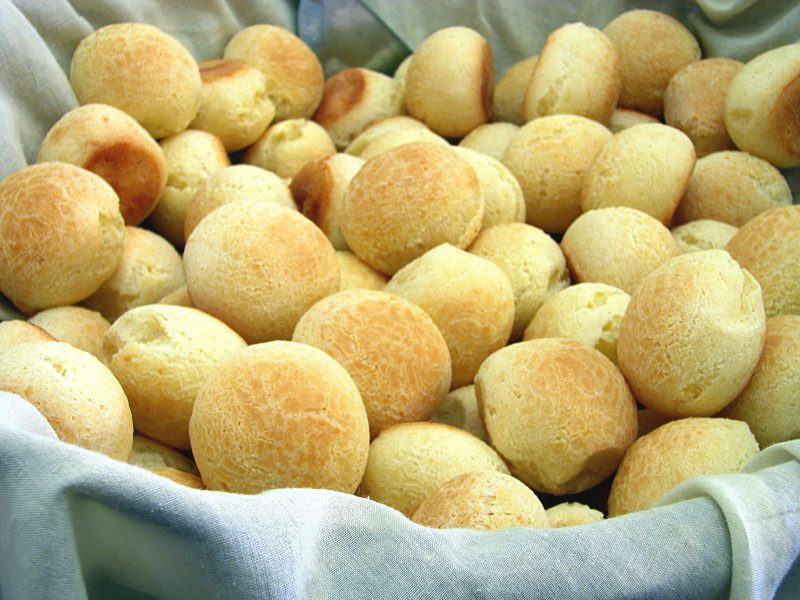 Pão de Queijo, or cheese bread, are very addictive and made from cheese and cassava starch. They are typically eaten as a snack or for breakfast. They can be found in subway stations freshly baked in the morning. They first became popular in the Brazilian state of Minas Gerais, but quickly became a national favorite. They are available nationwide, but for the traditional experience head to Minas! 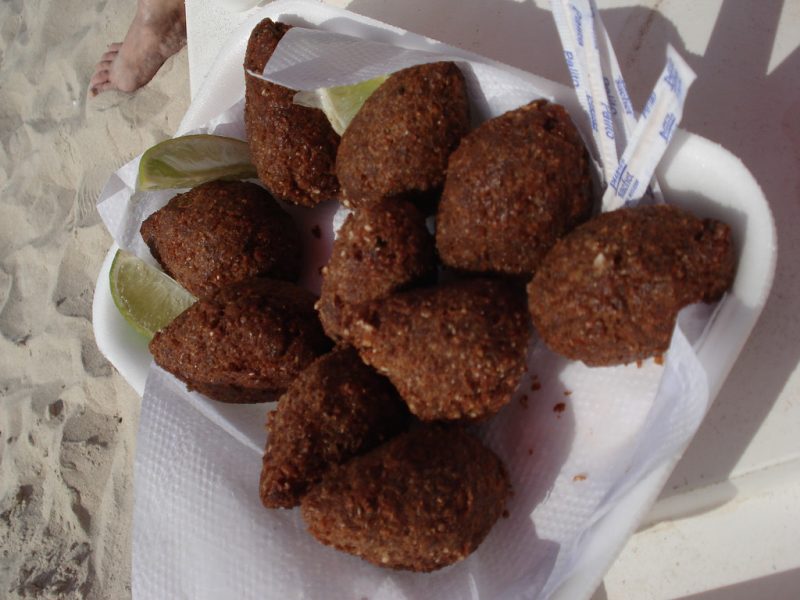 Kibe is a traditional Middle Eastern dish consisting mainly of minced beef or lamb mixed with bulgur wheat and then baked, fried, or eaten raw. The street food version is usually fried. Kibe was brought to Brazil by way of Lebanese immigrants. Kibe is the Lebanese national dish. It quickly became one of Brazil’s most popular snacks. 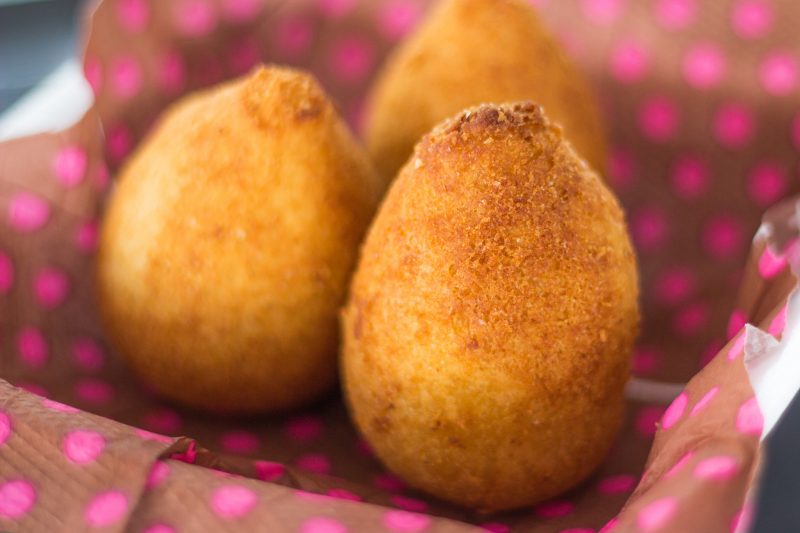 This rain-drop shape, deep-fried finger food is the star of São Paulo street food. It was traditionally made with chicken thigh, of which its shape is supposed to resemble. However, now you can find many variations of coxinha. The term ‘coxinha’ is also commonly used to describe right wing supporters in Brazil, so don’t get confused if you hear the word used in different contexts. 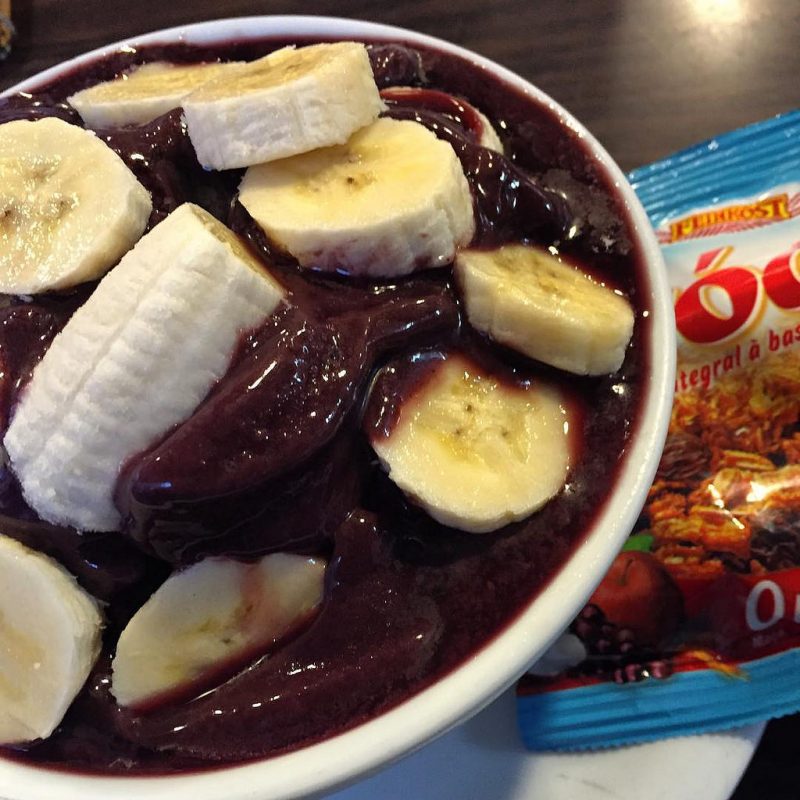 Açai na tigela is made from frozen açai berries that grow in the Amazon. Açai is considered a super food all over the world for its low sugar content, high levels of antioxidants, good fats, and high levels of proteins and vitamins. It’s usually served with granola, banana, and syrup. For decades it has been popular along the coast of Brazil and has continued to gain popularity inland as well. You’ll find it at many street kiosks and juice bars throughout Brazil.

Caldinho de deião is a simpler version of feijoada, commonly known as the Brazilian national dish. This nutritious soup, made from black beans, usually is served in coffee mugs or sold directly out of thermos jars. This is a very popular Brazilian street food, especially when it’s cold. If you love beans and chili, this might be your favorite Brazilian dish but, warning, it can be spicy!

Tapioca may be known around the world now, but it was once only found in Brazil. Tapioca is the name given to the starch produced out of cassava. Tapioca was first processed by the Tupí. The Tupí are indigenous to Brazil. Cuscuz de tapioca is tapioca couscous often served with coconut, a sweet dish that Brazilians enjoy usually during Winter holidays. This dish is a great example of Brazil’s diverse cultural heritage. The milk and sugar were brought to Brazil by the Europeans and it was the African slaves that put the ingredients together creating the treasured dish. Vendors sell it on the beach and add a condensed milk, making it extra sweet. 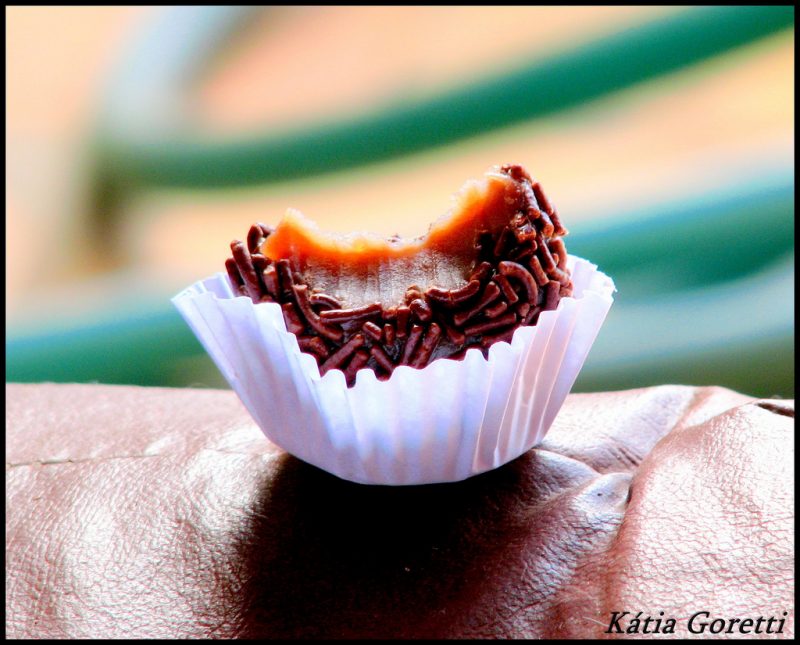 No food list would be complete with a sweet to finish it off! The beloved brigadeiro is a chocolate bonbon dating from the 1940’s and named after Brigadeiro, Brigadier, Eduardo Gomes. When he was running for president his wife cooked brigadeiros for fundraising events. Everyone loved them and today they are the most popular sweet in Brazil. It is served at kids’ birthday party and most special occasions. Brigadeiros are made with condensed milk and chocolate powder, rolled into balls, and covered in chocolate sprinkles.

Brazil is a beautiful and diverse country and its cuisine reflects that. On your next trip to Brazil make sure to try these 10 best street foods.

15 Things to Know About Brazilian Visas

10 Things to Know about the Rainforest of Brazil

15 Accomodations to Stay in Sao Paulo