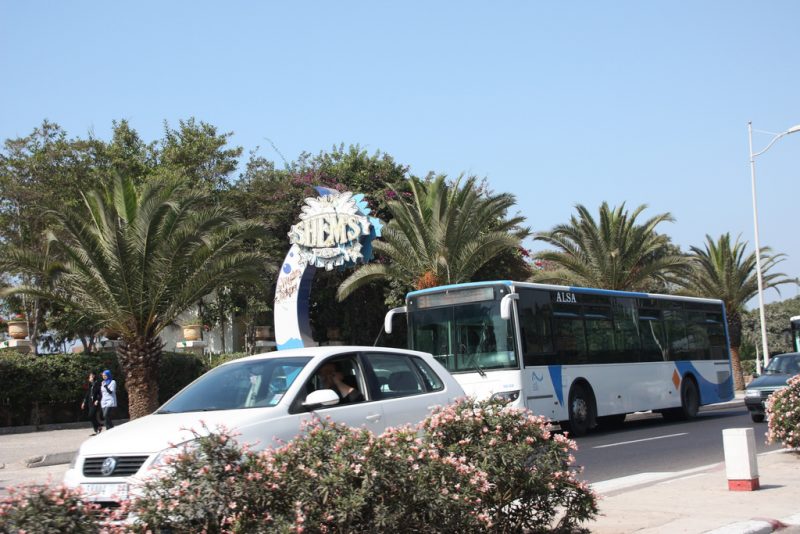 The airport is actually located in the Temsia community. It is around 25 km from the  southern and eastern part of downtown Agadir. In the past, the Agadir tourism actually reached an economic boom. This led to an entirely new airport terminal. This was granted by the government which paved a way for new livelihood for Agadir locals.

The Agadir Airport also has similar services and facilities that can be seen in ordinary airports. It has different types of shops, stores, and stalls. It sells grocery stuff or souvenir items. Other facilities include currency exchange, Travel Agent, Post Office, Cash machine, Wi-Fi internet access, seniors/disabled facilities as well as the Tourist Office Desk.

5. Sleeping in the airport

Since there are no hotels or nearby lodge to the airport, you can sleep there as an alternative. However, the benches are made from metal. The benches have no arm rests. This can allow you to stretch lying down. It is better to plan ahead. Get a lot of rest and sleep so you will not feel sleepy in Agadir airport.

There are also buses in the Agadir airport. There is actually a local bus that leaves to the main road. This is actually just a short walk outside the terminal of the Agadir Airport. The bus may not go directly to downtown Agadir, but a nearby suburb of Agadir. However, the bus can be a good and main transport hub for people. There’s also some parking in the airport.

8. Airlines that operate in this airport

The money used in the Agadir airport is not a dollar. You have to know that. The money used here is the Moroccan Dirham or MAD. Don’t be fooled by the acronym that someone is mad. There is a currency exchange shop here. There are also ATM’s. However, it can charge a commission. You should plan ahead on how to exchange local currency better.

Choose something sweet from the different food shops and food stores here. You can try the patisserie for bread and then have a cool and refreshing mint tea. There is also a shop that serves fresh Moroccan dishes at great prices. Try that. You can go for simple food. Go for light meals like a salad. There also sandwiches.

10 Things To Do in Taroudant: Morocco

10 Things To Do in Massa: Morocco