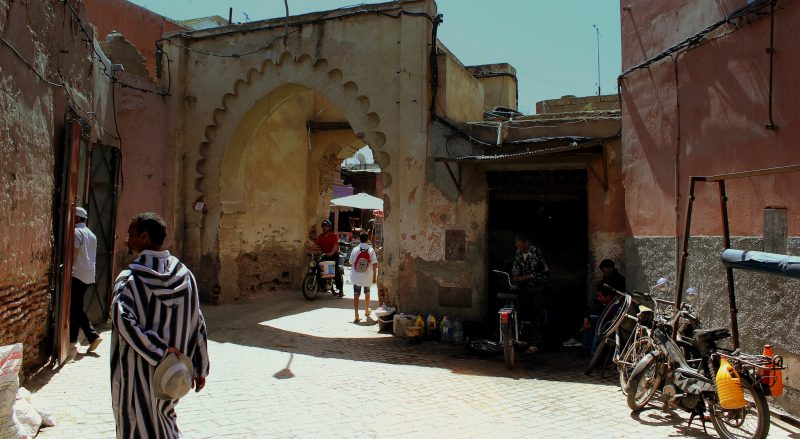 The city of Marrakech in Morocco has two parts. The first part is the modern city while the second part is the old, historal one. The latter is what is known today as the Medina. Before you decide to visit the Medina during your trip to Marrakech, here are the things that you need to know about it first.

The Medina is actually considered as a world heritage site by UNESCO. This is due to the fact that the Medina has a lot of masterworks and impressive pieces that portray the art and architecture of the place. Each of these pieces and masterworks is also said to be having an outstanding universal value on its own. This fact alone will let you know why it is a heritage site.

A man walks in front of doors in a wall of Rabat's Medina in Morocco September 23, 2014. pic.twitter.com/8q1t11sFym

If you are into street performances, then, you should definitely find your way to the heart of the Medina, which is the main square. Such main square is called the Djemaa El-Fna. In order to get into the main square, you will have to traverse alleyways which can really be confusing for a first-time visitor. If you do not want to go through the hassle, you are better off hiring a local guide.

Seen in the old medina in Essaouira, Morocco… OK, it's more than a tad creepy… #travel #souklife pic.twitter.com/wyqfdfq8qK

When in the Medina, the Kasbah district is also a place that you must visit. The entrance to the district is through the Rue Bab Agnaou, which is just south of the main square or Djemaa El-Fna in Medina. The entrance is actually considered to be the most impressive entrance in the district. The atmosphere in this place is calm as it houses the Royal Palace and the Saadian Tombs.

In Fes Morocco overlooking the medina so fun to catch up with ppl. pic.twitter.com/47wUw4TILE

The Medina contains a lot of bazaars so if you are into shopping, this is the best place that you can go in Marrakech. These bazaars are locally known as souks or souikas. You can find clothes, slippers, fabrics, house items, and other objects that you can use at your own home on a daily basis or just something that you want to give as a gift.

The riads are those Morrocan houses that have internal courtyards. This is where most travelers spend the night sleeping or resting. This is also where the travelers temporarily store their luggage while they are out during the day. Most of these riads are owned by foreigners and were renovated by them. Some of the riads that you might want to stay at are Massine II and Riad Itry.

In the Medina // Marrakesh, Morocco // Tagine the food is named after the pot it is made in, which is triangular in… pic.twitter.com/VsmG8RHCYI

Medina is also known to offer various places to eat. You can see food stalls with large white tents being used as ceilings. Aside from the local food stalls that you can see lining up the alleyways, there are also restaurants and cafes that you can go to. For instance, Cafe Arabe offers both Moroccan and Italian cuisines. On the other hand, Earth Cafe is the one for vegetarians.

In Medina, there are also a number of places that offer alcoholic drinks, especially to tourists who want to relax and have some fun. However, the number of places is limited. At times, you might find yourself drinking Morrocan lager while listening to cool Arabic music on the background. You have to make sure, though, that you will check the prices of the drinks that you will order so that there will be no misunderstanding regarding the bill.

When walking on the streets, many street vendors will offer tourists fresh orange juice or blood orange juice. Whatever drink you want to buy, you should be careful when the vendors add tap water to it. Aside from that, they typically do not wash the glasses well. Some vendors will use plastic cups but at an additional charge. Street kids or beggars will also attempt to drink the juice or get the change.

9. Foods To Try in Medina

The food stalls in Medina typically offer exotic and local foods. One of the local foods that you must try is the harira. You also have to try the fried aubergines. The bull stew or sometimes beef stew is also something you should not miss. You might also be able to find riifa during the early mornings, specifically at the Koutoubia.

As with any traveler who visits another place one is not familiar with, it is important that you practice extra caution when visiting the Medina. The vendors usually become aggressive, especially if tourists are around. They want to sell their products or services very badly which is they might touch you or get in your way. There are also some vendors who charge higher than what your bill should be.

Going to the Medina will indeed be a exciting and awesome visit. With all of these things that it can offer, you will definitely not regret going there. You should enjoy your trip with the various things that you can do, too.

15 Places to Shop in Marrakech

10 Accommodations to Stay in Fes

15 Nightlife to Enjoy in Marrakech