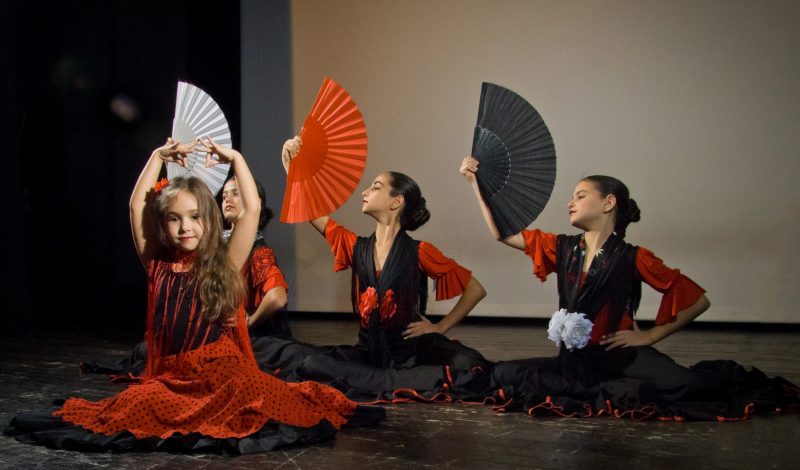 Spain is a very popular country among people living throughout the world due to its immense natural beauty, rich cultural background and its extensive nightlife. Its culture and heritage, apart from other things, consists of a traditional art, known as Flamenco. You do not have any information regarding it? The points given below will give you a general know-how of Flamenco. 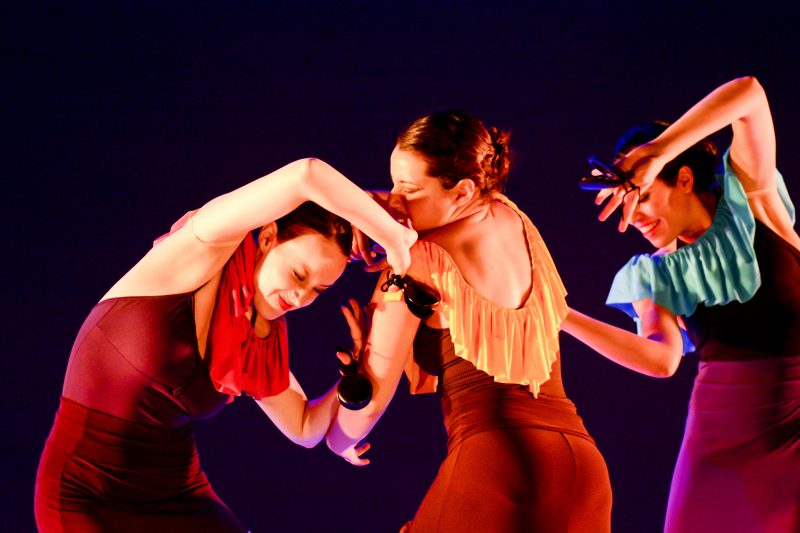 Flamenco is a traditional Spanish art. It comprises of three things, namely song or ‘cante’, dance, referred to as ‘baile’ and playing guitar or ‘guitarra’. The dance’s roots can be traced to southern Spain, but it is believed that other cultures, such as Jewish, Cuban or Latin American have had significant impacts upon it.

2. How Flamenco came into Being

Most of the people agree that Flamenco was born somewhere in the Andalusia region. It is thought that the arrival of foreign populations into the Iberian Peninsula, particularly the Jewish and Moorish ones, led to a mixing of the native music and the foreign ones and Flamenco was the result. 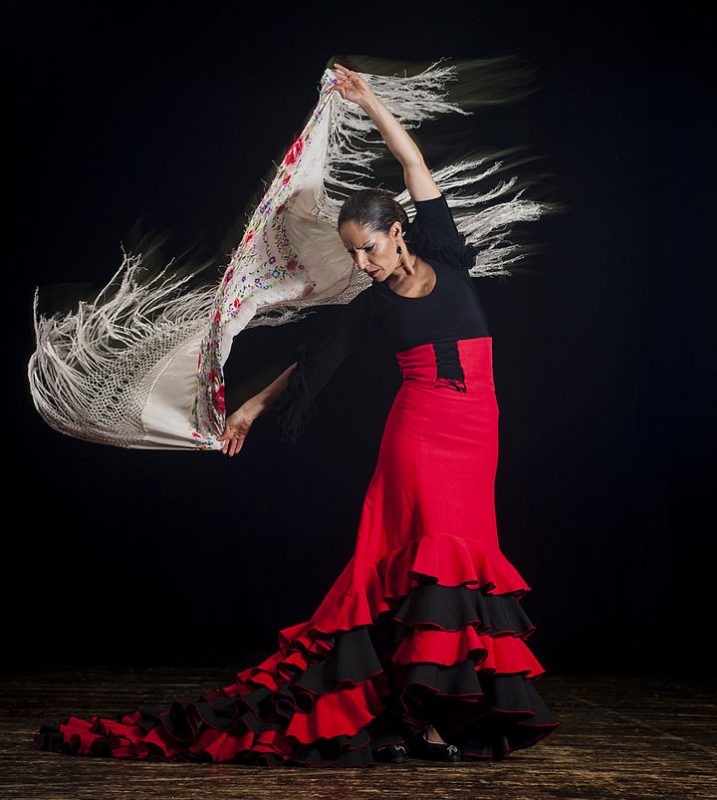 The success of the Flamenco music led to the initiation of the Flamenco dance. Originally, the singer used to be the focal point of Flamenco shows but gradually, passionate dancers became more renowned as the made performances in cafes during the 18th Century. Cafes in which such dance performances took place were known as ‘Cantantes’ cafes.

4. Is there any Standard Flamenco Dance? 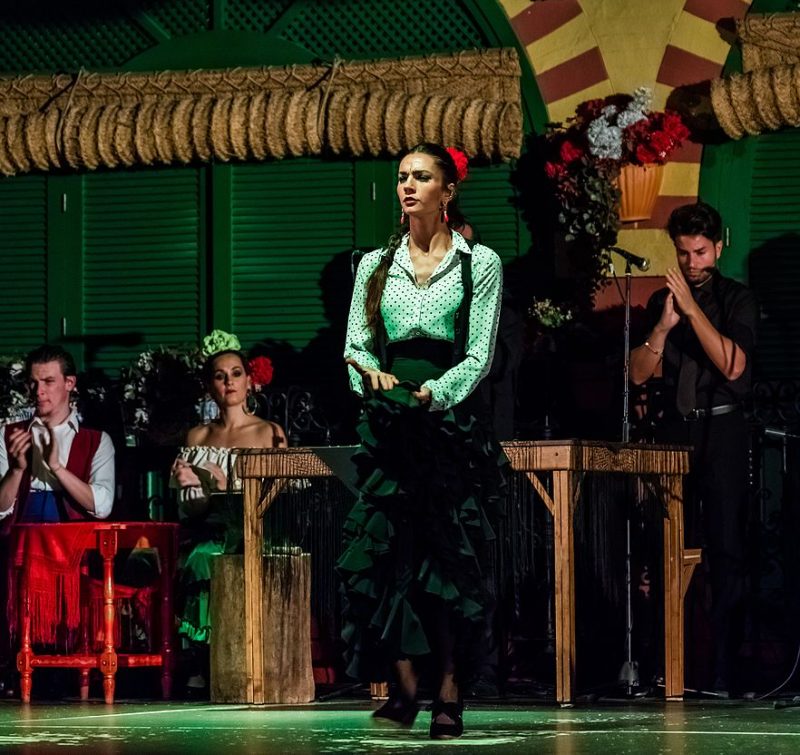 Surprisingly enough, there is no standard Flamenco dance! There are certain patterns or rhythms the dancer must follow, but most of the performance depends on the mood and the music available. Furthermore, innovation from the dancer’s side is an essential part of Flamenco dance as it is meant to depict passion and zest of the performer.

5. How Does the Dancer Start Off? 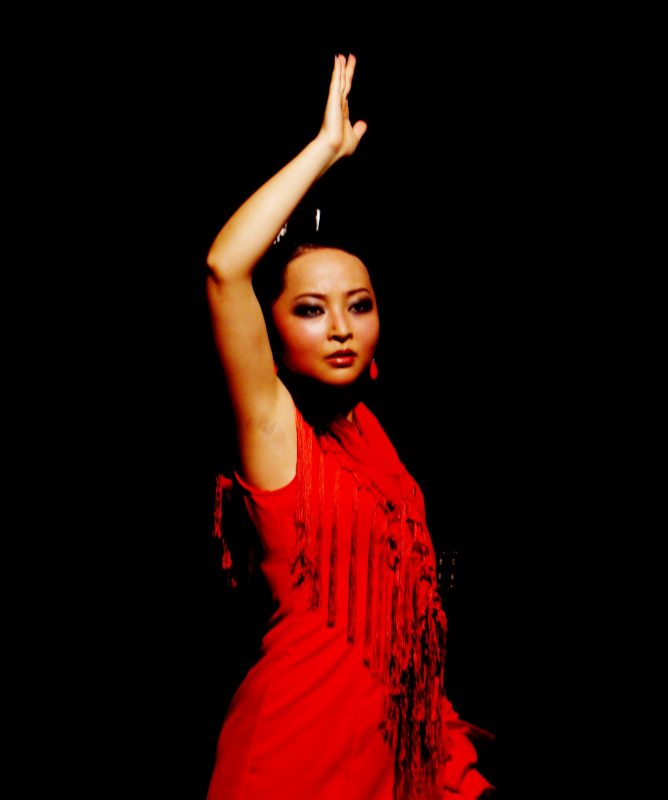 Initially, the dancer remains motionless- he takes some time to absorb the other elements of Flamenco, that is, the song, music and clapping. Then he starts off, making moves which depict his passion, the words of the singer and the essence of the music. The dancer’s facial expressions are important too, as they must match the theme of the song and music. 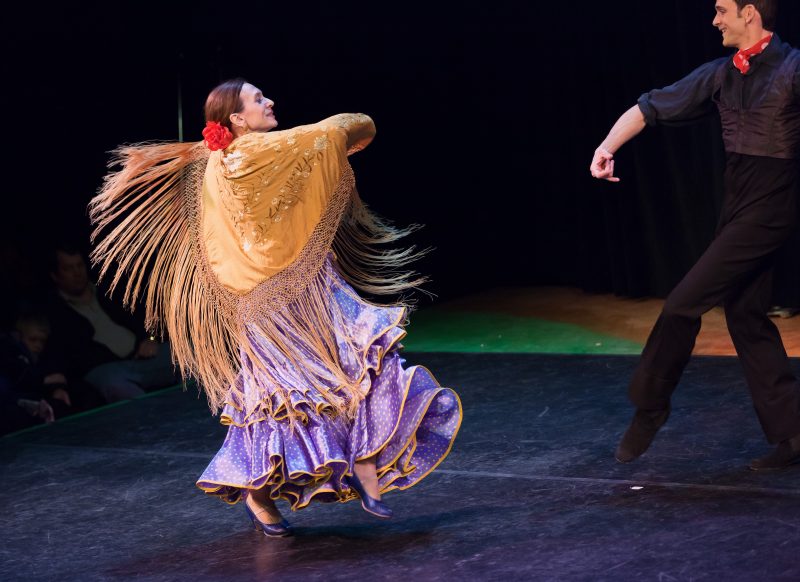 Duet performances can also be made in Flamenco. In fact, performances involving a man and a woman are often more vivid when comes to the demonstration of passion and emotion. The dancers do not break eye contact throughout the performance while coordinating their movements perfectly leading towards a very awesome display of dance.

7. Flamenco Training in its Early Days 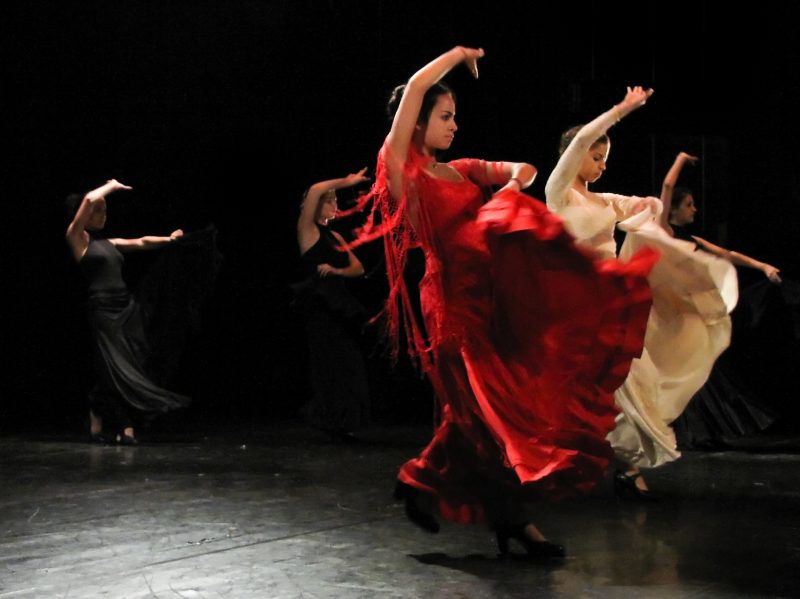 During its early days, Flamenco dance was not taught to people at a large scale or a professional level. The techniques developed or learned were passed on from relatives to relatives or friends to friends. This meant that outsiders could not get to learn the traditional art very easily (unless they had Spanish friends who were dancers). 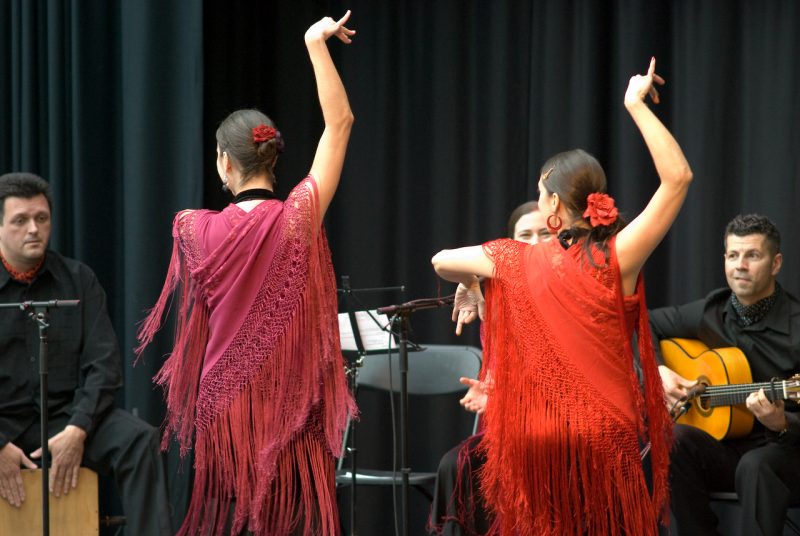 Flamenco training in the modern era has a completely different face than that which took place during the early stages of the dance. Professional academies have been established where experienced dancers teach novices the art on a large scale. This has led to the dance becoming very common among people in today’s world. 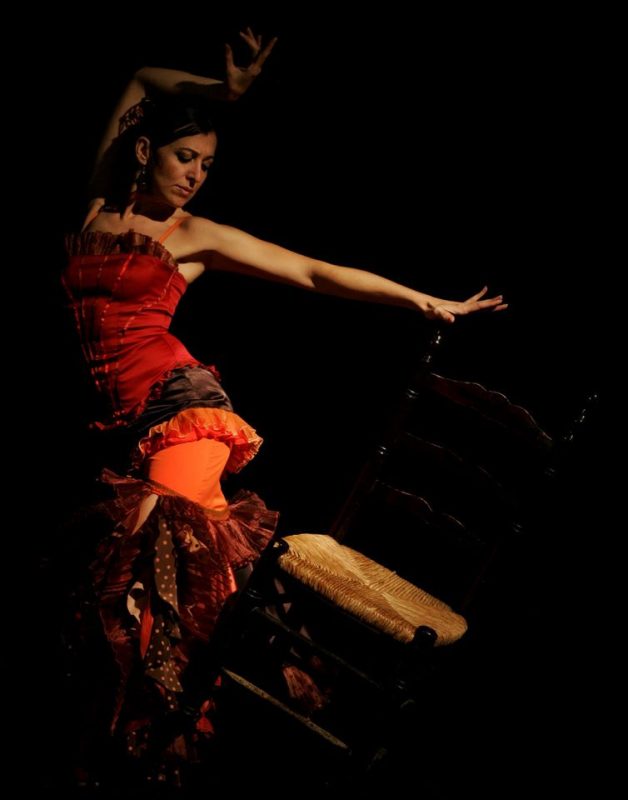 The major movements involved in Flamenco dance are those of the arms and feet. The arms have to be moved gracefully and calmly. On the other hand, the movements of feet involve high intensity creating a wonderful combination of the lightly moving arms and the powerful movements of the feet. 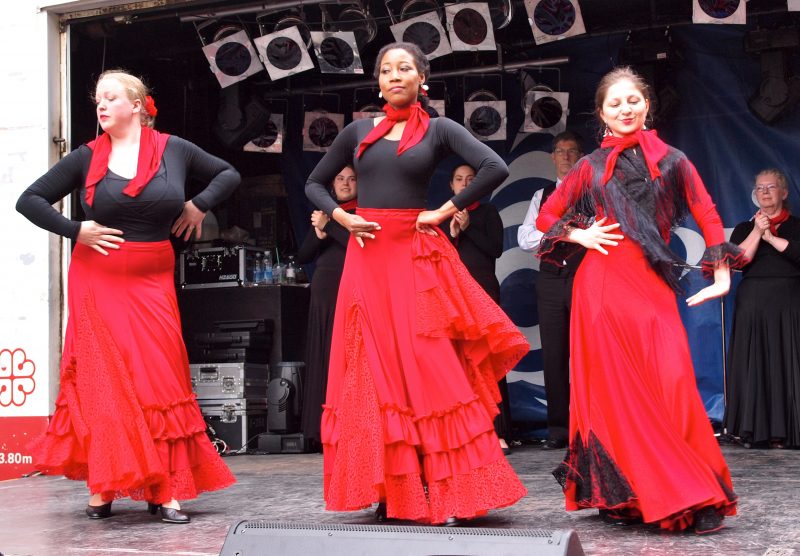 Dressing is another important component of any Flamenco dance. According to tradition, women wear red, black or deep blue dresses while men wear tuxedo shirts of black or red color with dark bottoms. However, modern day dancers often deviate from this pattern and many other colors can also be observed in Flamenco dance performances nowadays. 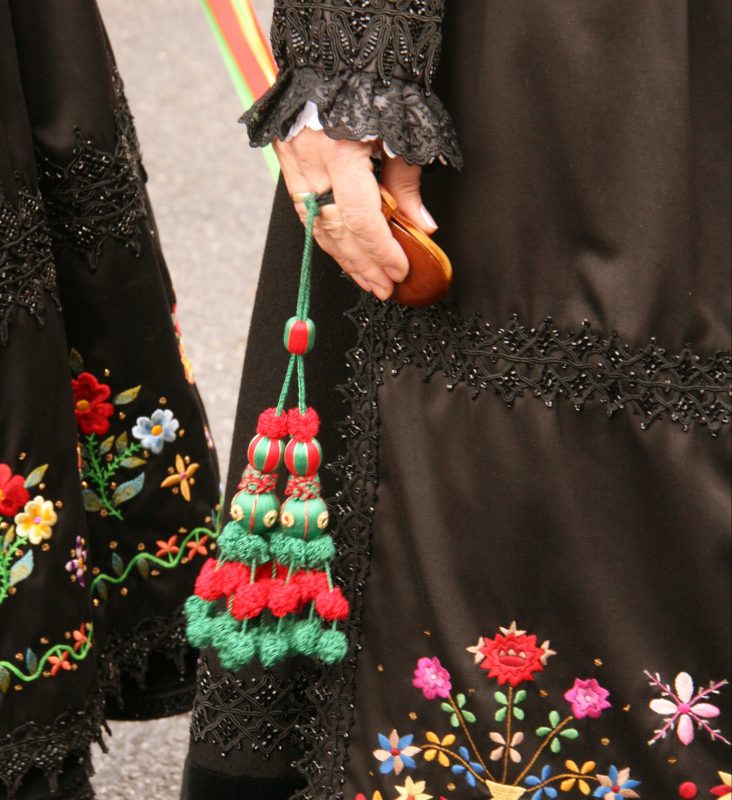 Castanets are additional musical instruments used in Flamenco performances. They can be used to perform clicking and rattling noises that add to the overall clapping, singing and guitar based music. Often made of wood, Castanets involve two shaped pieces of wood (identical to each other) tied to each other at one end by a rope. 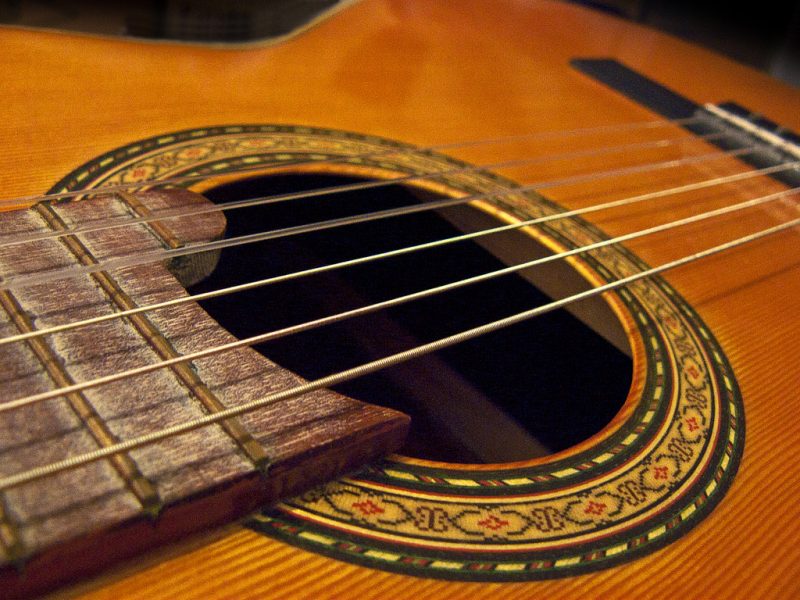 Flamenco Guitar Playing is known as ‘Toque’ among the natives. The guitar involved is referred to as a Flamenco Guitar. It is quite similar to a normal guitar except for the fact that it comprises of thinner tops and has much less bracing internally. Materials for such guitars are chosen carefully to enhance volume and sound quality. 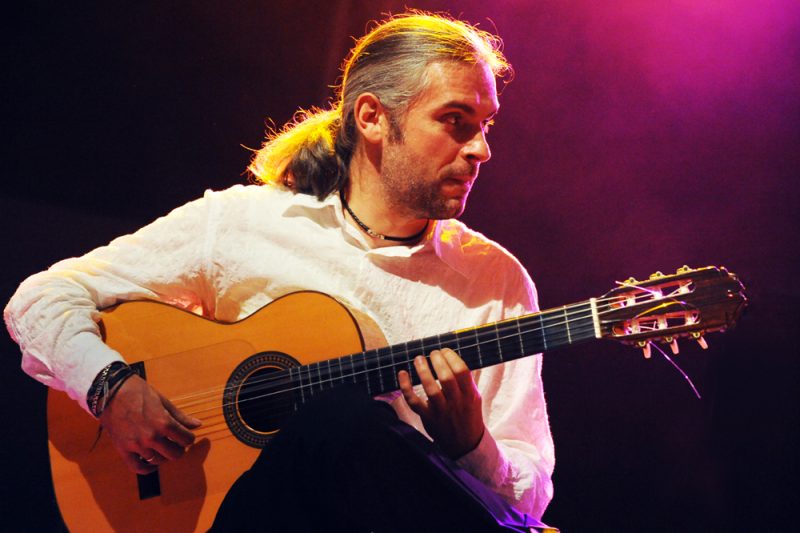 ‘Toque’ or Flamenco Guitar Playing differs from the usual art of Guitar Playing. Common differences involve a different posture of playing, variations in the patterns of strumming involved, as well as alterations in the techniques employed. For instance, normal guitarists place the guitar on their left leg and keep it tilted while Flamenco guitarists sit cross-legged, keeping the guitar horizontally on their upper leg. 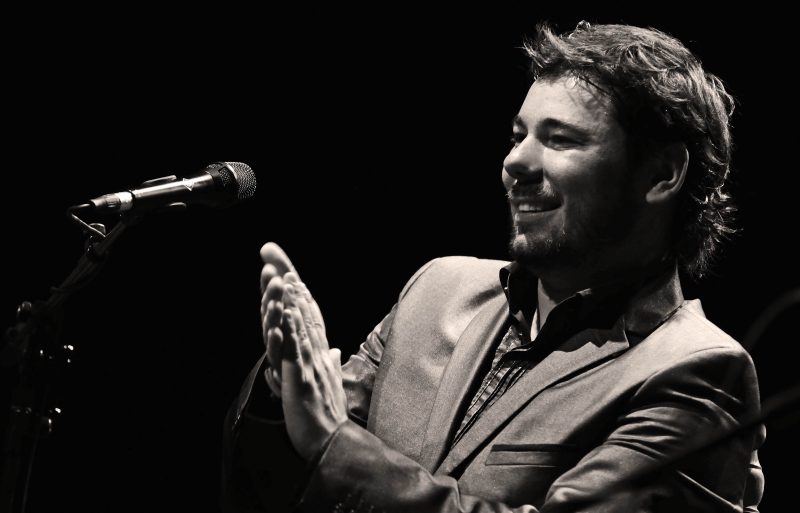 Cante Flamenco or Flamenco Singing is another component of Flamenco. Many viewers believe that the dance is the most important part of the whole Flamenco performance. They are wrong- according to tradition, the most critical aspect, often referred to as the ‘heart and soul’ of a display of Flamenco is Cante.

15. About a General Flamenco Performance 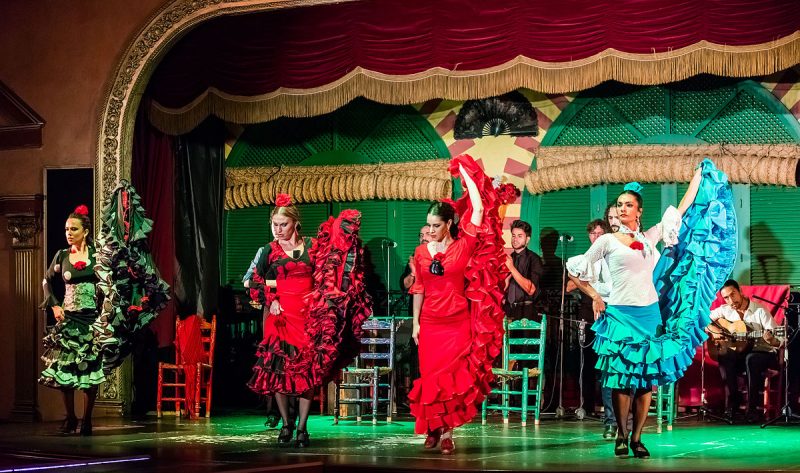 Flamenco Performance consists of ‘Recitals’. These involve singing along with music based on guitars. Each recital consists of several pieces- these are not songs but include verses. The guitarist has the responsibility of arranging these pieces by interludes from his guitar as well as setting the mood by playing the music initially.

Flamenco, a traditional art of Spain is one of the most spectacular things to view while visiting the country. If you are interested in learning Flamenco, the above-mentioned details can be very helpful for you.

7 Things to Know About Tenerife Zoo

10 Spain Brands You Must Know