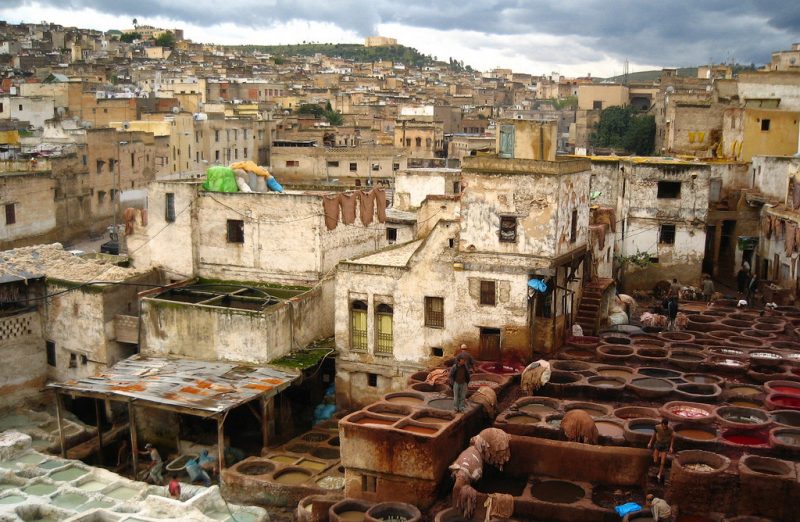 Medina of Fez is a walled part of Fes, Morroco which is the capital of the Idrisid dynasty between 789 and 808 AD. It is very famous for having the oldest university in the world.

1. Founded in the 19th century

Medina has a very rich history that it’s existence is known to be from 780CE but it is officially founded in the 19th century. The place has been existent since the ruling of Idris Ibn Abdallah, to the Almoravid and to the Marinids that moved the capital from Marrakech to Fes.

What makes this place much more important and amazing is that it is the eldest walled part in Morocco. Imagine that it has been there since 780CE and the walls are still standing from its original state. The locals did really well with their job preserving it.

3. There are no cars here

There are no cars allowed in this area of Medina and this is what makes this place special because you can really feel that you are like living in the past once you walk around the area. The ambiance is somewhat the same from 100 years ago or more. It is really a great opportunity to be able to experience that.

4. It is a UNESCO World Heritage site

On 1981, Medina of Fez has been listed as a world heritage site because of how historically significant the place is including its urban fabric, walls and buffer zone outside the wall that really preserved the visual integrity of the location.

5. There are 2 main threats of the place

According to UNESCO, there are 2 main threats to this site and it is the overpopulation of the area. The area has an uncontrolled urban development which led to overpopulation and they are still debating about that up until now. The other threat is the deterioration of the buildings and the government is doing their best to prevent the houses from collapsing and preserving everything they could.

You might get lost of the labyrinth places around the area but then it shouldn’t matter because as you walk around you will see a lot of interesting architectures, stalls, locals, hand-made products and so much more that you wouldn’t mind getting lost.

7. You will see a lot of copper pots

A lot of locals sells copper pots in Medina. As you walk around, you will see different kinds of copper pots with different prices. You will also notice that some of the sellers might become too persuasive so if you don’t like anything make sure you learn how to say “no”.

8. There a lot of things to buy

In Medina, you will be able to see a lot of stores and stuff to buy. Make sure you buy something to make you remember the place and the experience you had when you visited it. There are rugs, carpets, copper pots, and even chickens that are for sale in this area.

The best thing about Medina is the authenticity. The well-preserved walls are very original as well the products that are for sale in the area. You will even see locals making their hand-made products which are a really great thing. You will never see the same kind in any other places in the world.

10. Medina is well-preserved and protected

Medina has been protected by the local and national legal text for it to be preserved because of the threats that it is facing. That is why the government is doing their best to preserve a very rare and historically relevant architecture.

10 Exciting Desert Tours You Must Go in Morocco