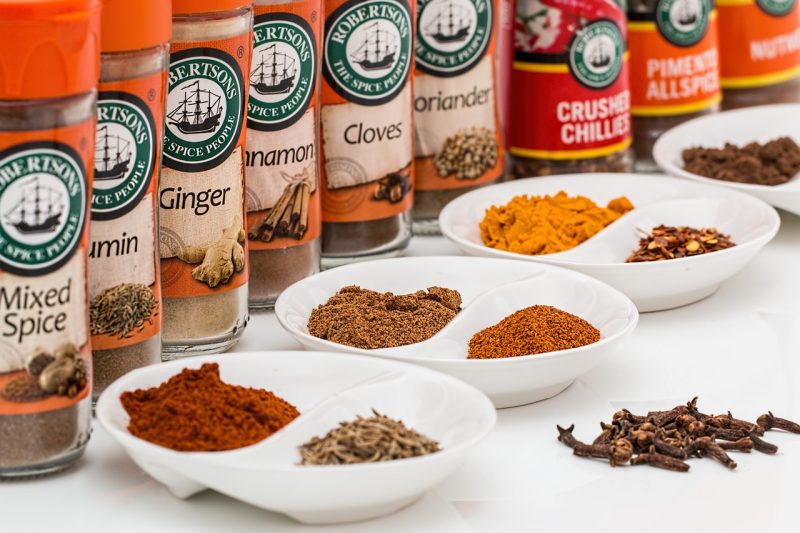 Moroccan cuisine is known worldwide for its typical mix of Mediterranean, Andalusian, Arabic and Berber flavors with an extensive use of spices. Moroccan cuisine is rich in spices and Moroccans tend to go through their spice supplies thoroughly to create an authentic Moroccan meal. Here are some popular spices you’ll frequently encounter in Moroccan cooking. 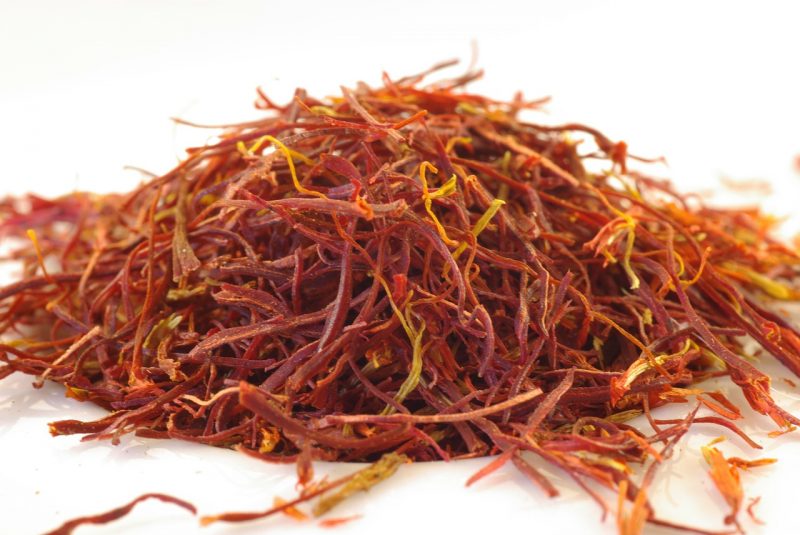 Moroccan cuisine is highly influenced by its interactions and exchanges with other cultures over the centuries, but many ingredients like saffron are home-grown. Saffron can be found in any one of Morocco’s souks, but should be chosen with proper care as it is the most counterfeit food spice, and also one of the most expensive in the world. Saffron is grown in the town of Taliouine in Morocco. 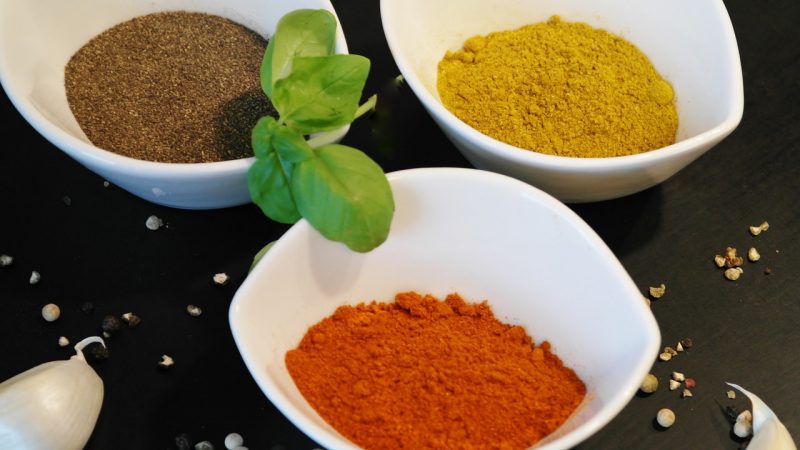 Great Moroccan food is made from modest products and fresh spices, one of which is cayenne, a red, hot chili pepper used for flavoring in main dishes, or for medicinal purposes. Cayenne is ground from dried peppers and is mostly used in spicy dishes as a powder or as a whole. 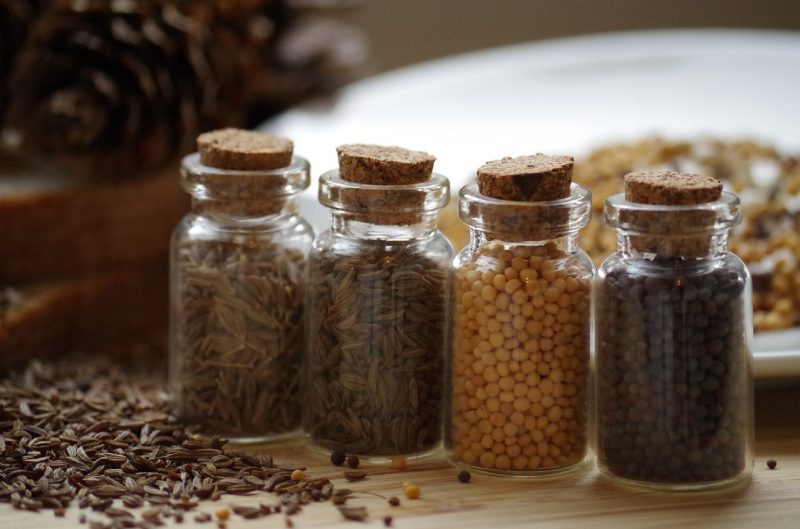 Cumin is basically a flowering plant native to East India from the East Mediterranean. It’s better known for its aroma and imparts a slightly bitter taste. Cumin seeds are very common in Moroccan cooking, specifically tagines – lamb, chicken, and vegetables. They are also used in powdered form as seasonings. 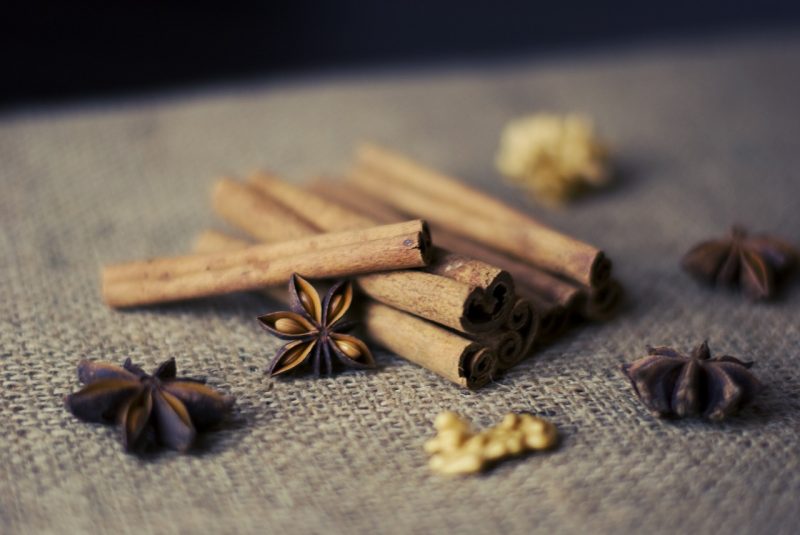 This fragrant, sweet spice is native to Morocco and comes from the bark of the cinnamon tree. It owes its distinctive flavor to an aromatic essential oil that makes part of its composition. Cinnamon is considered a prized possession among ancient nations and regarded as a gift for the Monarchs. In Morocco, cinnamon is mostly used to accent meat dishes, but it’s also used in pastries and sweeter dishes. 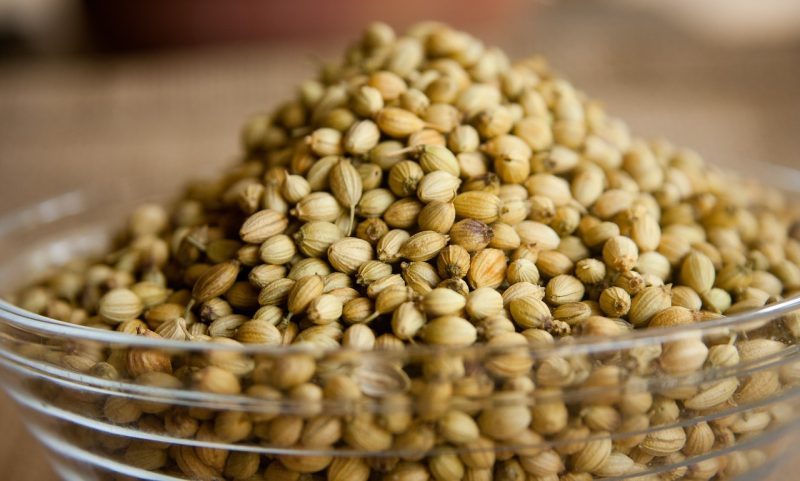 Coriander is one of the most important spices used in Moroccan cooking, commonly used in chili and curry dishes. These tanned brown seeds feature a sweet aromatic flavor with a lemony top note, adding wonderful subtle flavors to the dishes both toasted as well as in its original form. 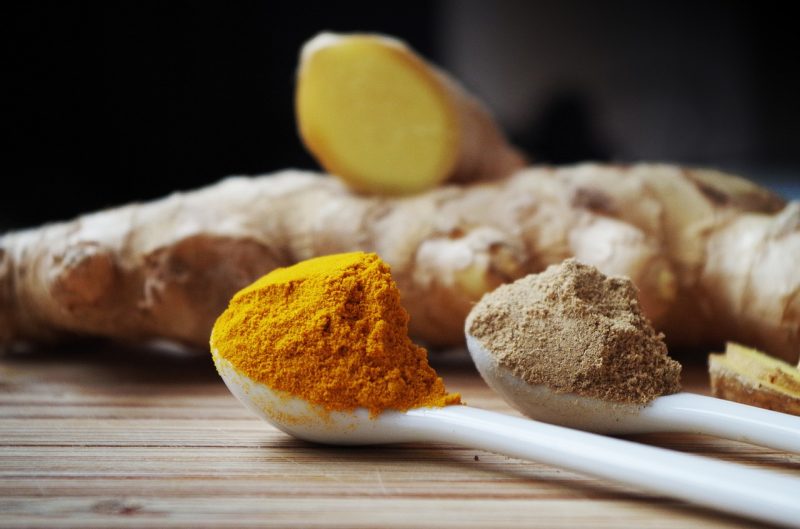 Although turmeric is an artificial coloring agent used to impart to bright yellow color to the Moroccan foods, it does have an earthy aroma. Its flavor strongly resembles a combination of pepper and ginger and is used to color various rice dishes and tagines. Moroccans often use turmeric and another coloring agent in a single recipe. 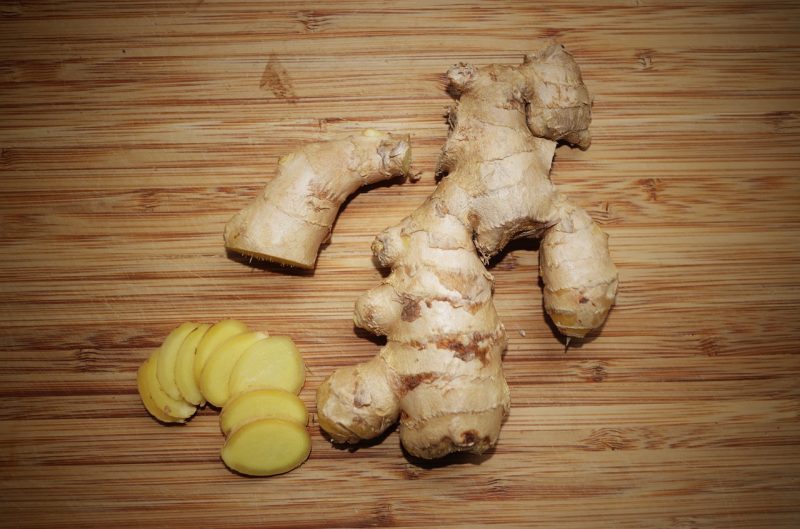 Dried ginger is a popular spice used in Moroccan cooking, as well as throughout the world. It is used extensively in Moroccan stews, soups, and tagines, and is a key ingredient in Ras El Hanout, which literally translates to “head of the shop”. Ginger is believed to have originated in China but spread worldwide as a dominant ingredient. 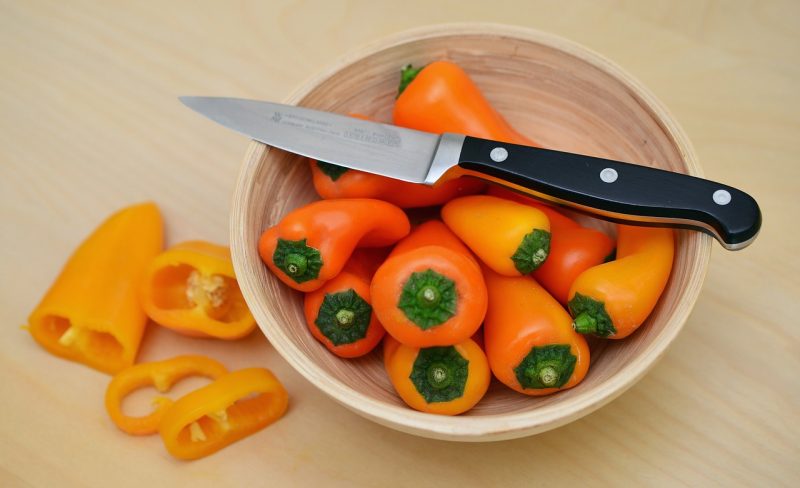 Unlike its bitter counterpart, sweet paprika is made from dried sweet red or green bell peppers. In many European countries, paprika refers to bell peppers themselves. In Morocco, paprika is used in salads, tomato dishes, stews, soups and bean dishes to add color and flavor to the dishes. Its taste varies from sweet to mild to hot. 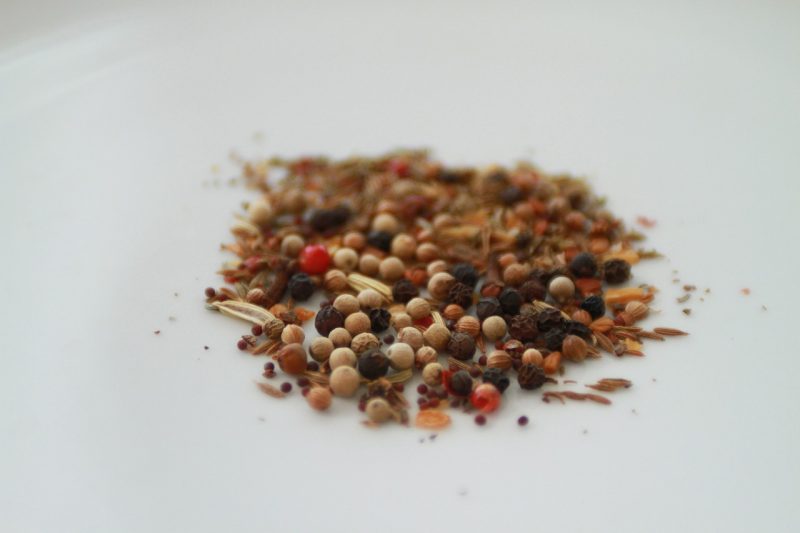 Ground black pepper comes from the small, dried berries of the Piper Nigrum plant, which belongs to a flowering vine of the family Piperaceae. In its dried form, it is sometimes referred to as peppercorns, and when ground, it’s called black pepper, which is commonly used in lamb tagines and salads in Morocco. Its milder counterpart, the white pepper make good in Moroccan sauces. 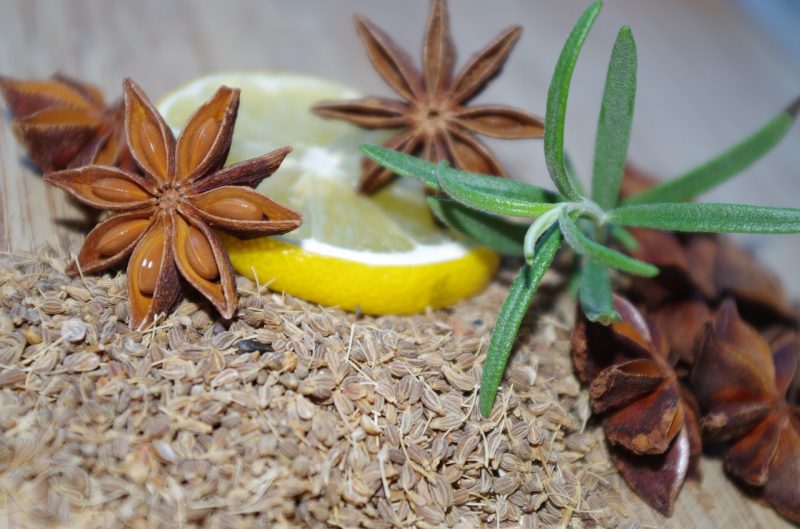 Known for its distinctive licorice flavor, Anise seeds are used in Moroccan fennel and courgette stews, and often used in the baking of bread. Ground anise is also used in many Moroccan delicacies and confectioneries, most popular being the Moroccan Lemon Anise Bread. These delicate licorice-scented anise seeds bring Moroccan flavor to any meal.