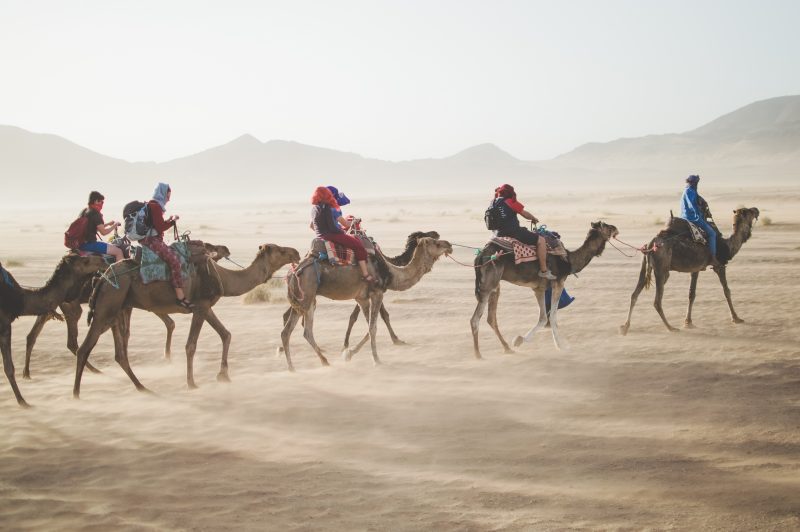 Whenever possible, we really like to attend some festivals or any other events when we’re traveling to a certain country. It’s one of the best and easiest ways to get the feel of the country better. It’s like emerging yourself into their culture. If you’re traveling to Morocco and would like to know more about the local events, keep reading!

1. The World Festival of Sacred Music 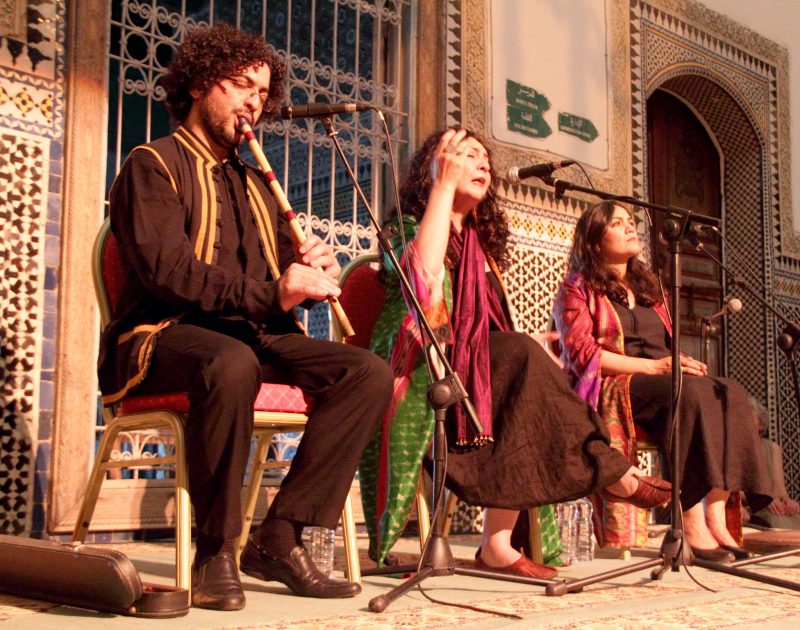 The World Festival of Sacred Music, or as locals call it “Festival des Musiques Sacrées du Monde” is a 10 days festival that takes place at Fes. It’s usually held in the mid-summer season, either on late May or early June. It’s one of those festivals that raise the awareness of Moroccan culture. And this particular one really uphold the spiritual values.

It’s a six days marathon at the Sahara Desert in Morocco with crazy temperatures and sometimes, sand storms. Marathon des Sables is hence considered to be the toughest race in the world. The participant can bring all the gears necessary, but things like water and tent will be provided by the organizers. 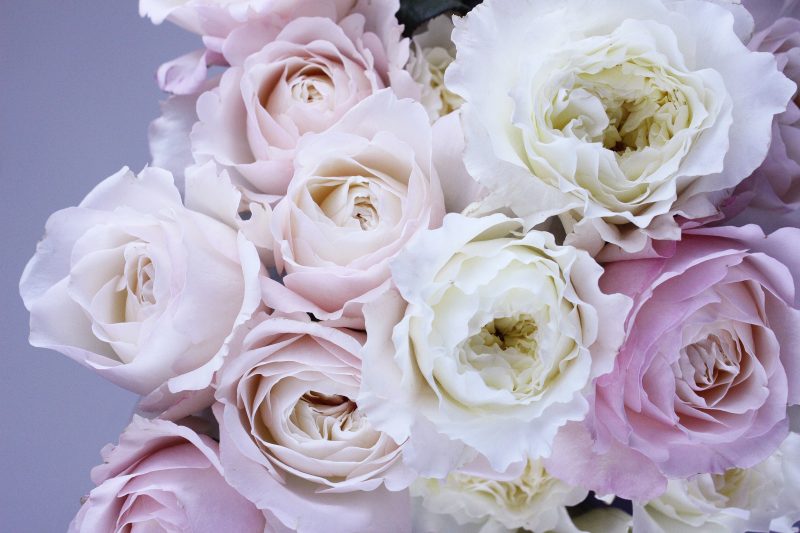 The Rose Festival is a three-day annual celebration taken place in the Valley of the Roses in Morocco. It’s when rose farmers celebrate the year of cropping and people celebrate the beauty of nature. Rose festival is definitely one of the prettiest festivals in Morocco. People from all over the country, or even the world, come to see the pink petals. 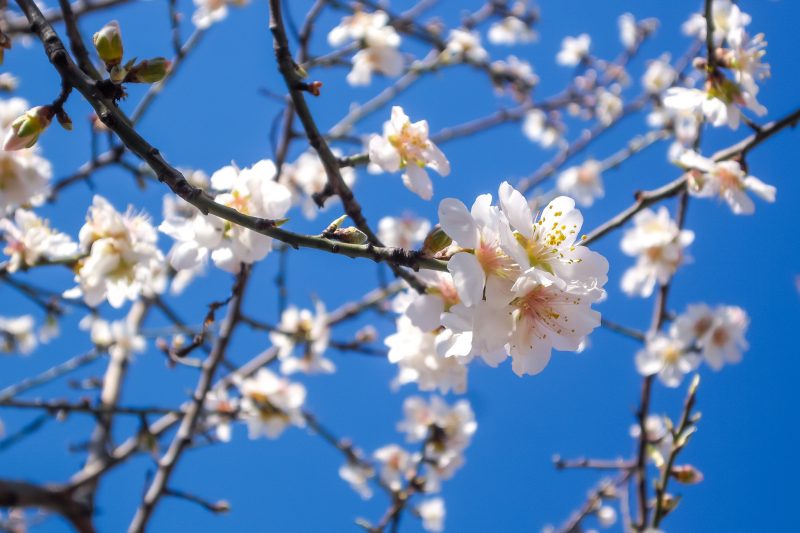 Almond Blossom festival in Morocco is usually held at Tafraoute,  the almond producing town. Visitors will be able to see the blossoming almond trees while watching the local musicians and dancers bringing joy to the crowds. There is also some stalls selling almond-based products.

The Marrakech International Film Festival is one of the largest annual events in Morocco. There will be a huge screen showing Moroccan movies, and then international writers and actors will get rewarded. If you’re in the cinema business, this is an important event to attend as you’ll meet a lot of professionals. It’s usually held in the fall or winter each year. 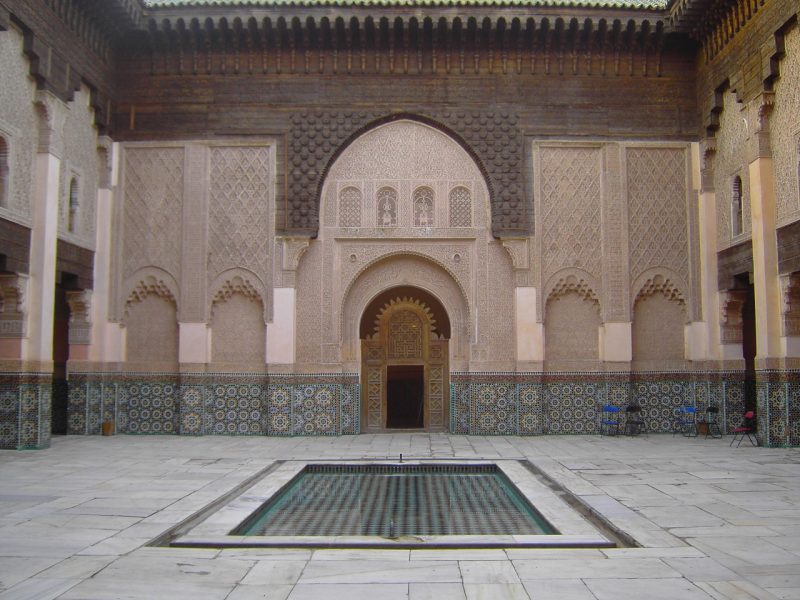 Ramadan, the ninth month of the Islamic calendar, is the most celebrated month by Muslims worldwide. It’s the holy month of fasting and prayer. They will begin to fast from sunrise to sunset. After the sunset, they will break their fast with friends or families because it’s one of the best moment to gather with their loved one. After breaking the fast, they’ll go to the mosque and do tarawih, the special prayers on Ramadan. The first day after Ramadan is Eid al-Fitr. That day, the Muslims will start their normal activities again without the fasting. The Eid al-Fitr festivity will last for several days. 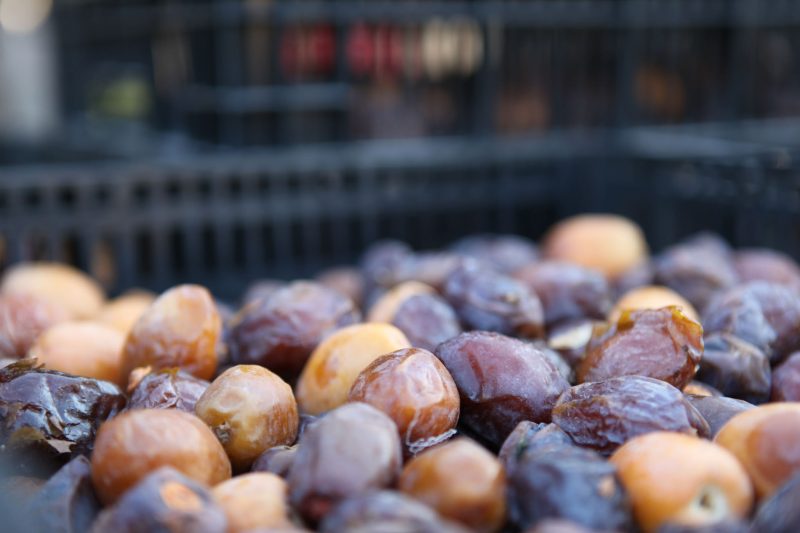 Yes, Morocco is a big producer of dates. The country even exports over ninety-thousand tons of dates in a year and the dates here are delicious. It’s sticky, sweet and addictive. The festival is annually held during the harvest time at Erfoud. There will be dance, traditional music, spiritual songs and of course, lots and lots of dates for you to enjoy! 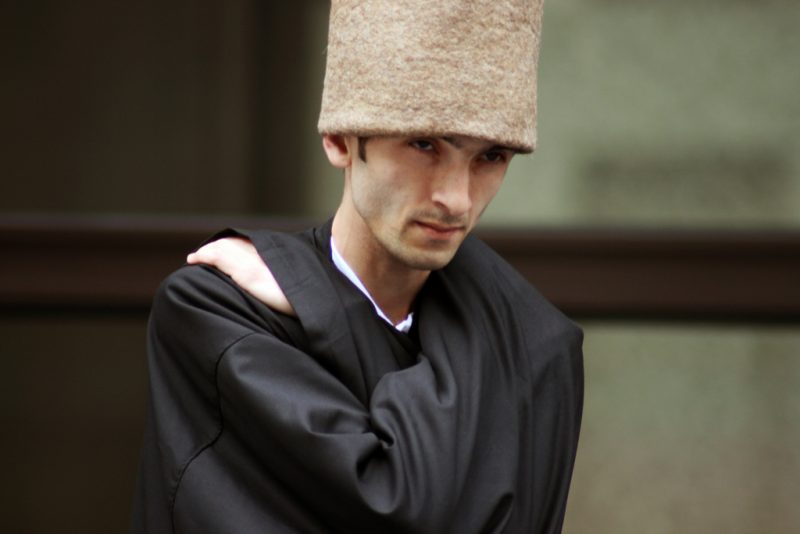 Festival of Sufi Culture is an 8-day celebration at Fes, Morocco’s first imperial capital. It is held to honor the music and spirituality of Sufi, which is also known as the mystical side of Islam. The festival is usually held on April and is open for public. There will be music, dance, poetry, and many other religious and spiritual activities. 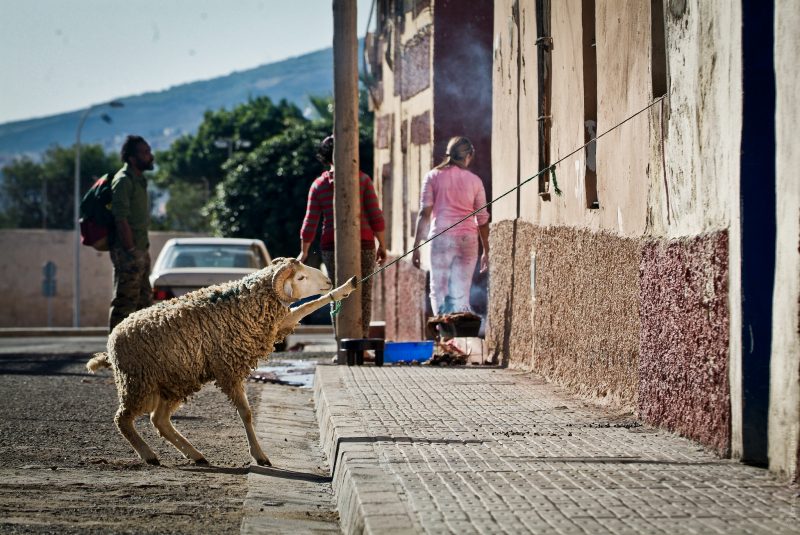 Eid al-Adha, or the Festival of Sacrifice, is celebrated by slaughtering an animal. It could be either sheep, goat, cow, or even camel. And then, they will offer the meat for charity. How the festival is celebrated differs from one country to another. But here in Morocco, people usually prepare some sweets or cookies for their friends and families. Some even buy new clothes for them.

Ben Aïssa Moussem is said to be the largest religious festival in Morocco. It’s celebrated just the day before the birth date of the Prophet Mohammed at Sidi ben Aïssa mausoleum. There will be people singing spiritual songs and dancing. But the more interesting attraction is the Fantasia. Horses are charged with the riders firing rifles. 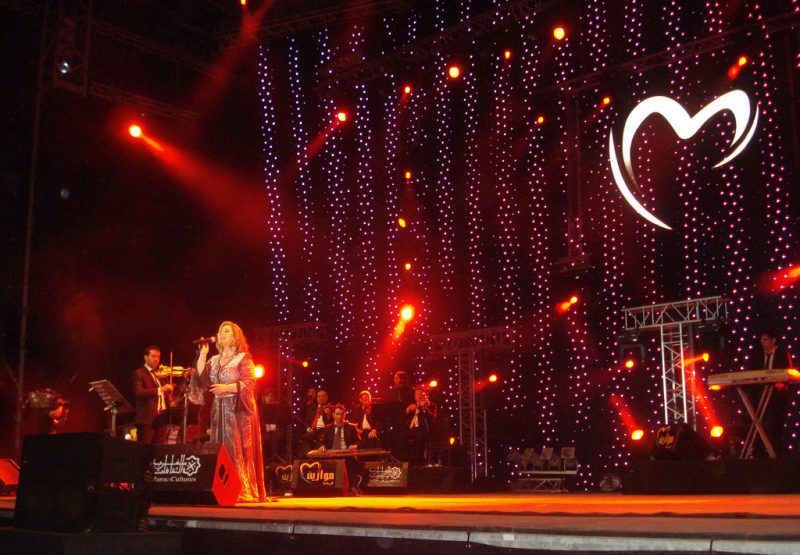 Mawazine Music Festival is also known as Rhythms of the World. It takes place in Rabat. And there are many international artists as well as local artists performing each year. The main purpose of the festival is to make an image that Morocco is a tolerant nation. 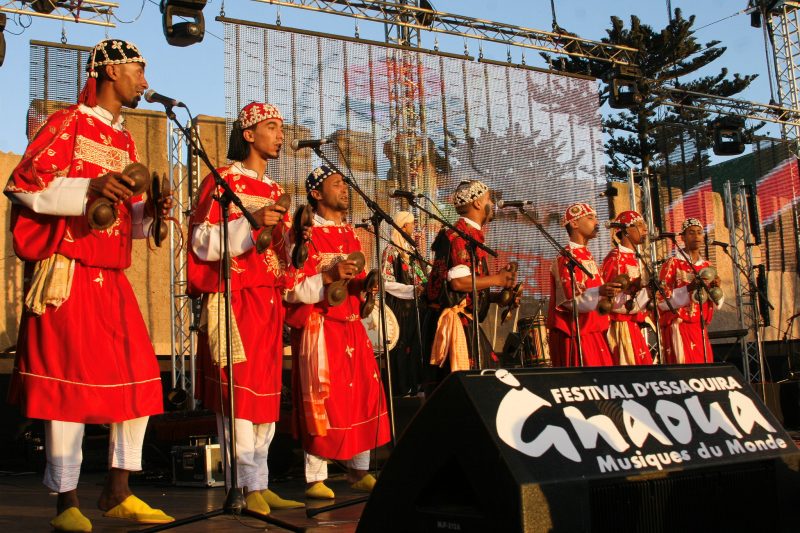 In June each year, people at Essaouira will be celebrating Gnawa World Music Festival. It’s a 4 days festival featuring Gnawa music and also art exhibitions. Gnawa music is known as a rich Moroccan ancient music which has a strong spiritual and religious feels in the rhythms. It’s nice that the locals preserve their heritage music!

Imilchil is a small village town in Morroco with just 2000 people living in there. The locals still uphold their strong culture and tradition. One of the most interesting traditions here is Imilchil Marriage Festival. It’s an annual event held in September where women of the village search and choose their husband. People from another tribe nearby will also come to the village to attend the festival. The festival is also known as September Romance. 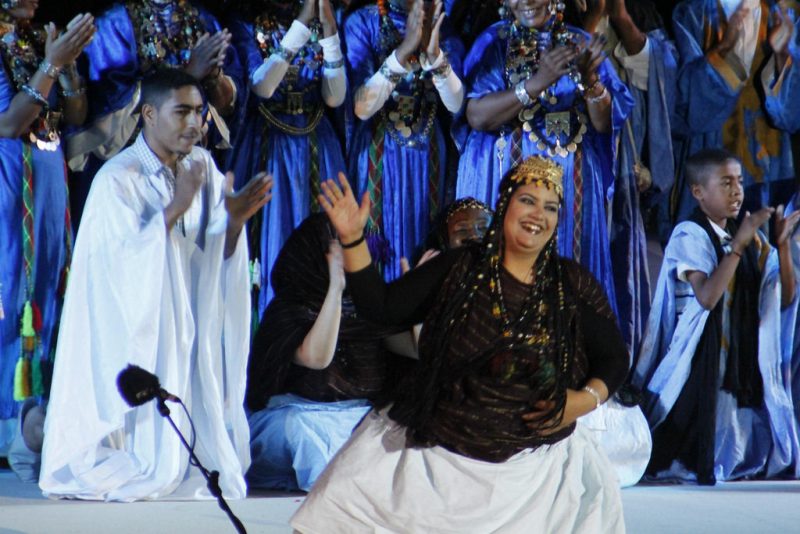 As its name implies, Marrakech Popular Arts Festival is one of the most popular events in Marrakech. There are traditional Berber musicians, belly dancers, folk dance, and many other entertainments. They combine the modern one with their traditional culture. It’s not the kind of festival you would want to miss! 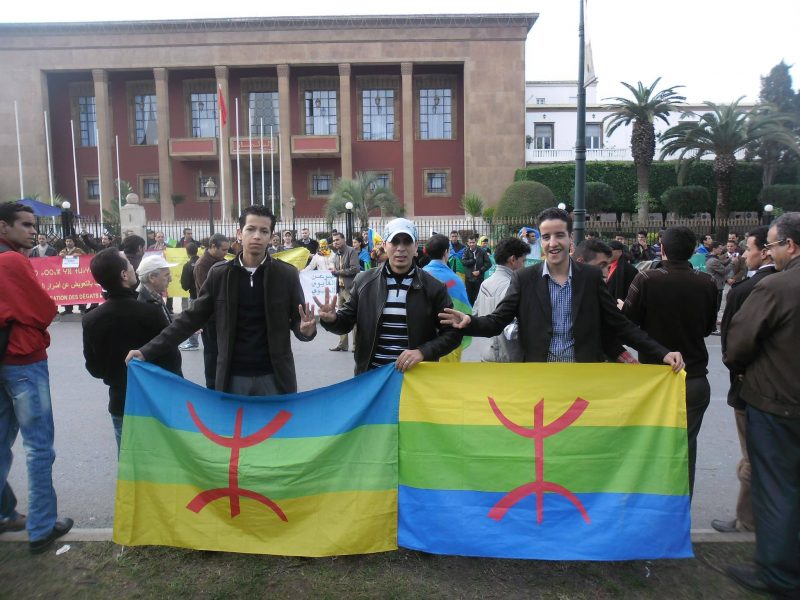 Moroccans don’t really celebrate new year’s eve or the new year itself. But there’s this day called Yennayer, which is the first day of the Agrarian year that is used by Berber people. It marks the beginning of the crop year and is celebrated widely by the Moroccans.

25 Things to Do in Morocco

10 Things To Do in Meknes: Morocco