Planning a trip to San Diego can be challenging. Blessed with a year-round mild climate, the city is a pleasant destination to visit any season. Though the best times are March through May, and September through November to avoid the influx of tourists, many prefer to vacation on the city’s pristine beaches during the hot summer months. As the second largest city in California, San Diego hosts a multitude of exciting events over the course of the year, which can aid in deciding when best to tour the city.

1. Eat Your Way Around in January 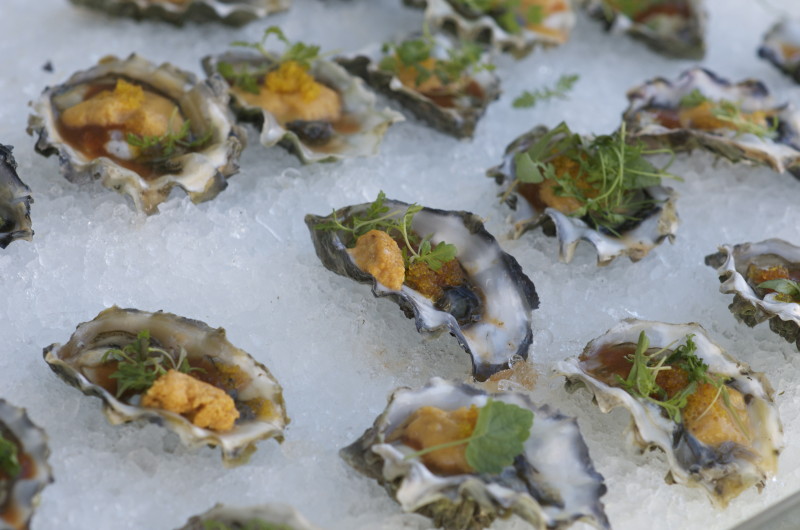 Garnering recent nationwide attention, San Diego’s food scene is rapidly developing and ever changing. A biannual event featuring some of the city’s finest restaurants has been launched to help shape the culinary landscape. Restaurant Week, set for the middle of January and September of each year, showcases fixed price menus from a selection of the city’s outstanding restaurants. The week-long affair invites foodies to sample a set menu of lunch or dinner at a lower fixed price. Restaurant Week is the ideal way for food lovers to sample some of San Diego’s most innovative dishes. For a list of updated dates and participating restaurants, visit http://www.sandiegorestaurantweek.com/. 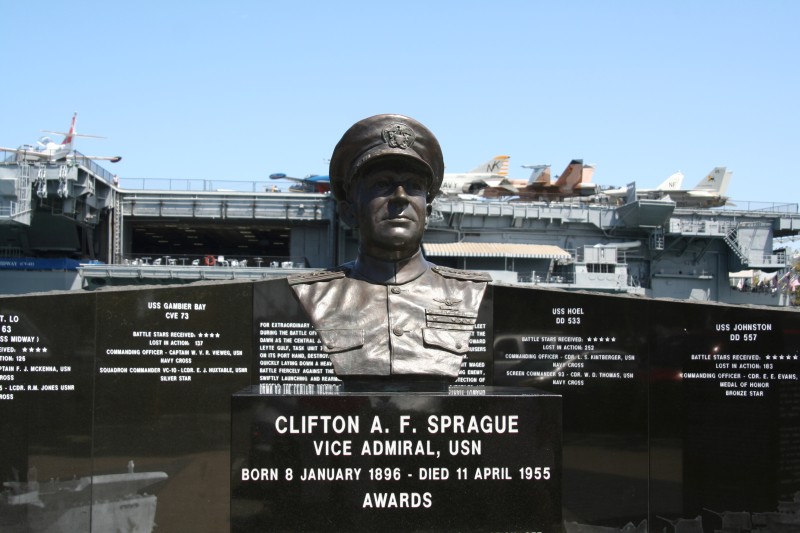 February of each year in San Diego marks Museum Month. Sponsored by the mega department store, Macy’s, admission to over forty of the city’s museums are half price for the entire duration of February. It’s simple. Obtain a free pass from any of San Diego’s participating Macy’s, and receive 50% off for a maximum of four people with one pass. Museum Month is an excellent way to gain exposure and explore San Diego’s vast history of culture, science, and various forms of art. One of the most popular museums in the city is the maritime museum, USS Midway Museum, welcoming visitors to learn about the American military’s role in fighting for the country’s freedom.The USS Midway presents over 27 restored aircraft and 60 Navy exhibits, allowing visitors a glimpse of life on the sea. 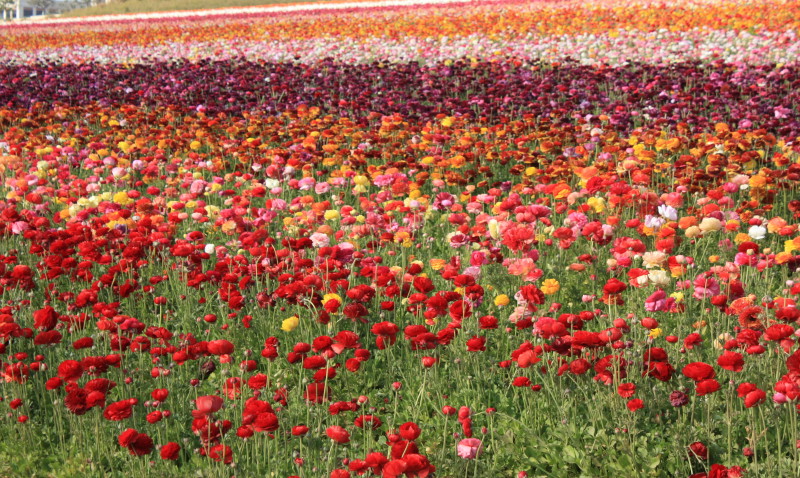 The Carlsbad Ranch opens up to the public once a year from March through May in an annual celebration of the arrival of spring. Set on a hillside 30 minutes north of downtown San Diego, the Carlsbad Ranch features 50 acres of bright and colourful ranunculus flower fields, overlooking the expansive Pacific Ocean and striking California coastline. This beloved springtime tradition attracts over 100,000 tourists and photographers, and visitors can also enjoy themed gardens, the sweet pea maze, and tractor wagon rides in this season’s mild weather. 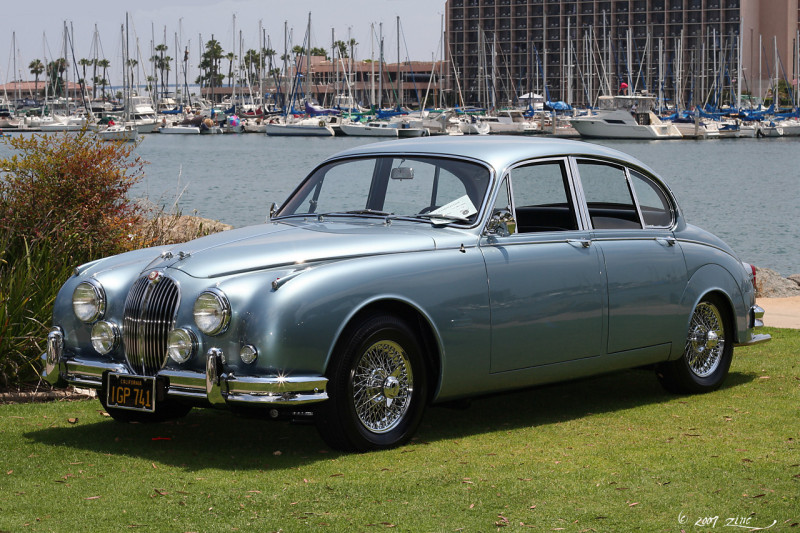 Set against a backdrop of the beautiful Pacific ocean and La Jolla’s majestic coastline at the Ellen Browning Scripps Park, this weekend of automotive activities in April is  known as Concours d’Elegance, and celebrates some of the world’s finest classic automobiles.The weekend venture unites the globe’s top car enthusiasts, and attracts considerable media coverage. Also featured at the exclusive event is La Jolla Motor Car Classic at the Councours in La Jolla Village, which is free and open to the public, displaying a collection of outstanding automobiles. All proceeds from La Jolla Concours d’Elegance go towards La Jolla Historical Society and the Monarch School. La Jolla Historical Society works to preserve the history of La Jolla, and the Monarch School works to provide an education to individuals who have been impacted by homelessness. 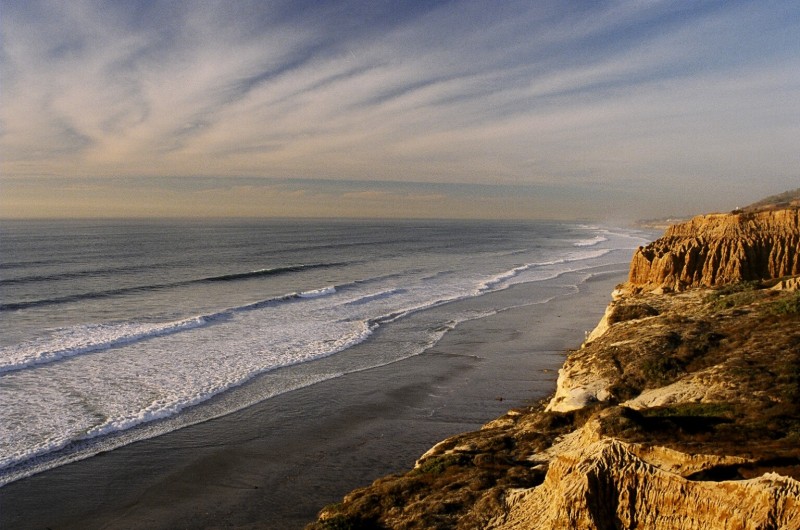 With average daily temperatures at a comfortable 20C, May provides ideal weather for hiking the beautiful trails of Torrey Pines Reserve. A local favourite for outdoor enthusiasts, Torrey Pines offers acres of peaceful trails surrounded by the seaside for plenty of fresh, crisp air. The possibility of spotting dolphins or bobcats in their natural habitats while exploring the trails makes for an exciting reason to visit Torrey Pines. With the rapid worldwide increase in urban growth, Torrey Pines remains one of few places that offer a clean and stunning environment to exercise in. 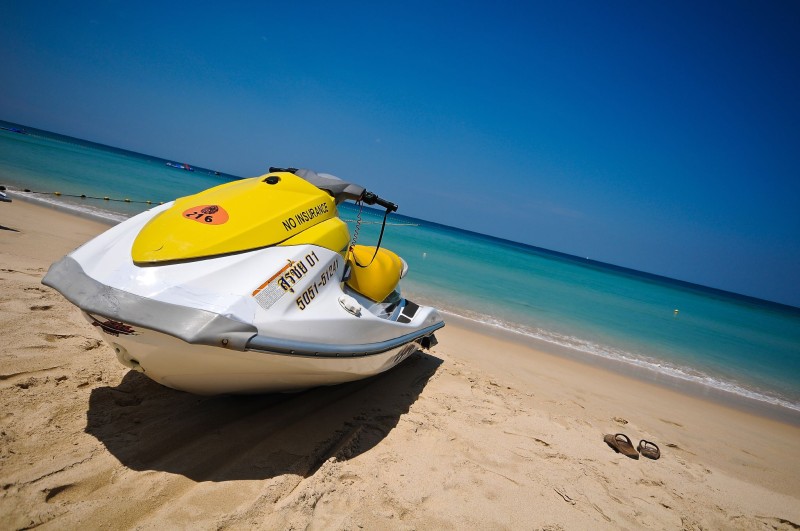 June in San Diego is usually when ocean waters begin to rise in temperature, providing ample opportunity for sports enthusiasts to engage in a multitude of water activities. Mission Bay serves as the world’s largest aquatic playground and a mecca for thrill-seeking water exercises, constituting over 4200 acres of islets and inlets. From calm and breezy sailing to exhilarating jet skiing, Mission Bay’s vast waterways provide recreational fun for individuals of all ages and skill level. Enveloped by 27 miles of wandering coastline and pristine sandy beaches, Mission Bay is a popular pick for sunbathing and people watching. Visiting San Diego in June is an excellent time to explore new interests in the water realm. 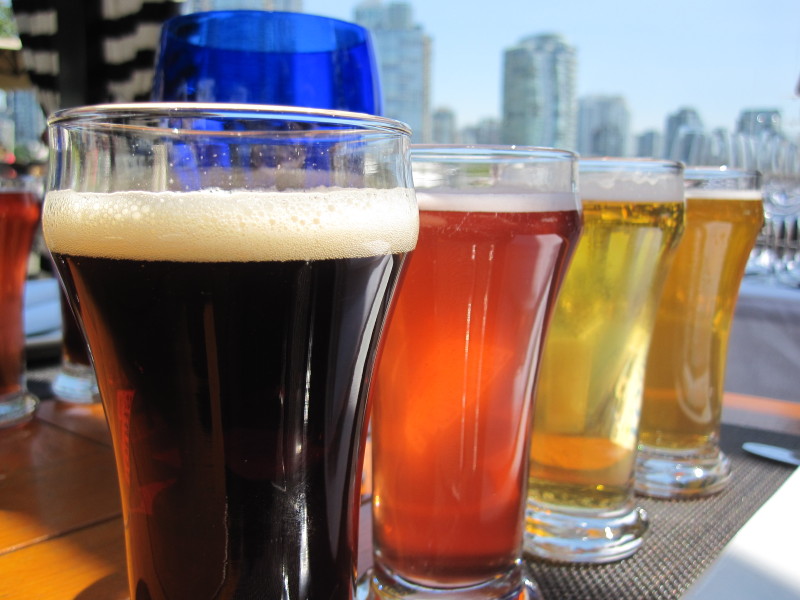 Beer enthusiasts rejoice at the annual San Diego International Beer Festival in June, which showcases over 400 unique varieties of ale, stout, mead, cider and porter at the Del Mar Fairgrounds. Hundreds of international brewmasters compete for head to head in the Craft Beer Capital of America with their innovative concoctions for the title of “Champion Brewery” and “Best in Show.” Local craft breweries also display their finest brews, drawing over 11,000 attendees annually. Past editions of the San Diego International Beer Festival have offered educational segments on pairing beer with pretzels, chocolate, and tapas, and other favourite foods.

7. Fly July and the Pride Parade 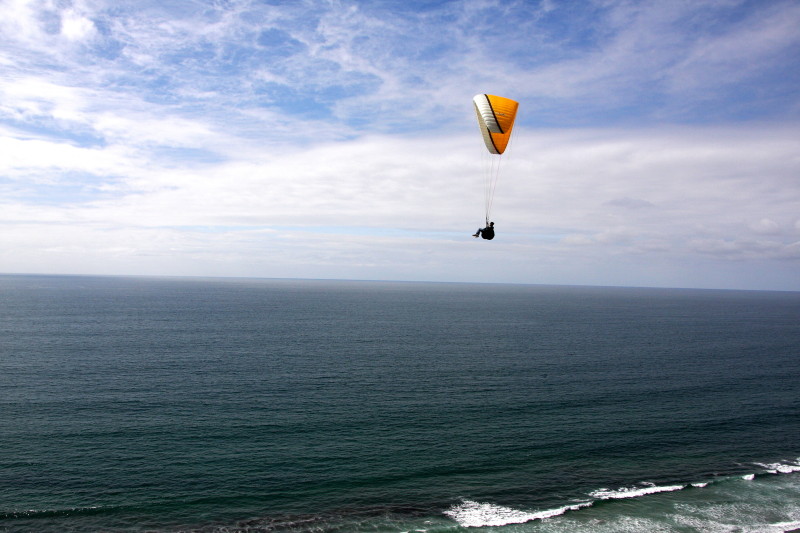 Torrey Pines Gliderport boasts a hundred years of flying excellence and is regarded as a premiere destination for exciting forms of flight, most notably hang gliding and paragliding. The clear blue skies of July allow thrill seekers to experience a bird’s eye view of San Diego’s coastal beauty from atop, and witness the vast, glimmering Pacific ocean and striking coastal bluffs. 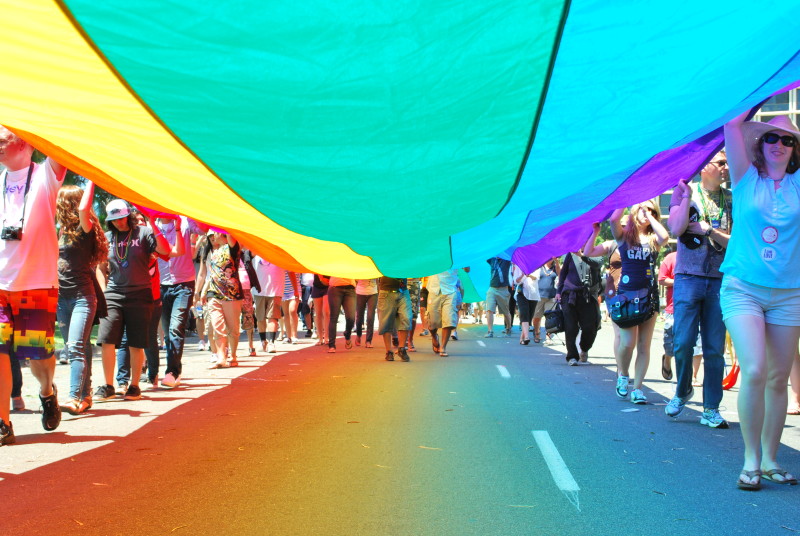 One of the city’s most popular events, the San Diego Pride is an annual three-day celebration of the LGBT (Lesbian Gay Bisexual Transgender) community in the eclectic Hillcrest neighbourhood. The site of the Hillcrest Pride flag installed in 2012 marks the beginning of the parade. Over 200,000 spectators participate in honouring and recognising the rights of the gay community, which works diligently towards building a bias and prejudice free world. The multi-day event commences with an action packed block party, followed by a two day festival. San Diego Pride premieres July 15, 2016. 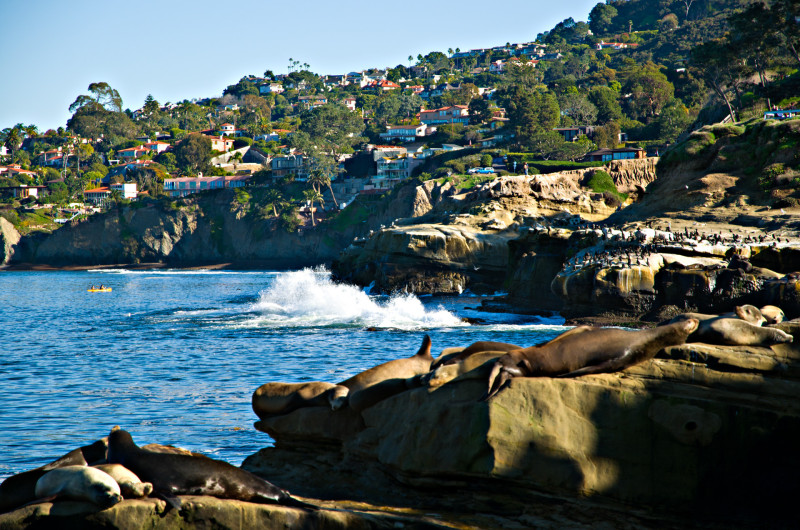 Though the thought of sharks may convey feelings of fear and anxiety, leopard sharks in reality are timid and docile. Their silvery gray bodies are distinctly marked with dark brown spots, resembling a leopard print. Between late June and early December each year, leopard sharks migrate to La Jolla and the northern bays from the coast of California, reaching peak activity levels in August and September. While they cruise close to shore, kayakers enjoy being out in the water with the leopard sharks, making for an unforgettable face to face encounter. La Jolla Cove is also home to many other species of animals, including the sea lions. 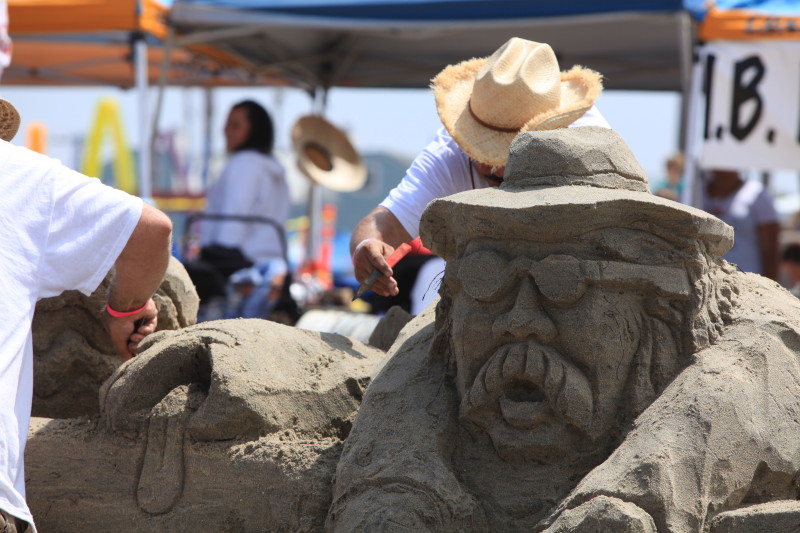 300 tonnes of sand at the “B” Street cruise ship terminal pier transform the heart of downtown San Diego into a sky full of sandcastles September of each year. The US Sand Sculpting Challenge and Dimensional Art Exposition unite master sculptors from neighbouring Canada and Mexico, and faraway lands of Singapore and Russia in a creative art competition. The expo has become a weekend long affair for families, providing musical performances, an inviting sandbox for children, and gourmet food trucks to accompany the event. In 2015, the event raised over $2 million, with a large portion supporting children’s education through four different institutes. Stay tuned to their webpage for upcoming ticket information. 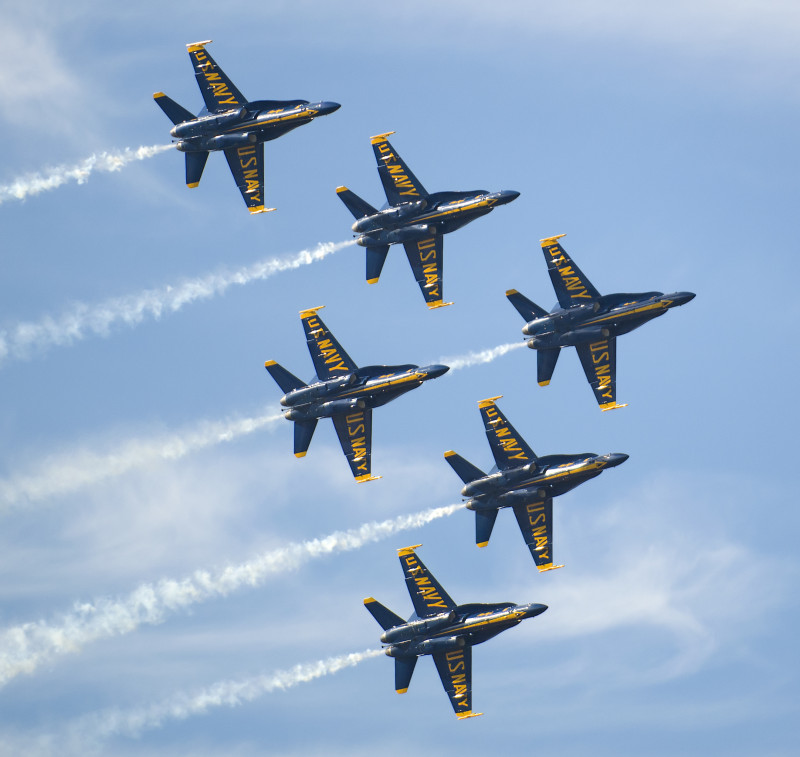 Held at the site of the Marine Corps Air Station, the MCAS Miramar Air Show is three days of family friendly aviation fun, with the objective of paying tribute to America’s veterans and their families. An estimated 700,000 guests observe the aerial flight demonstrations by civilian and military aircrafts each year, followed by musical performances and a fireworks display. In addition to flight demonstrations, the Miramar Air Show also displays a selection of more than 100 transport planes and aircraft bombers from the US Marine Corps, Navy, Army and Air Force, allowing visitors to observe these carriers up close. 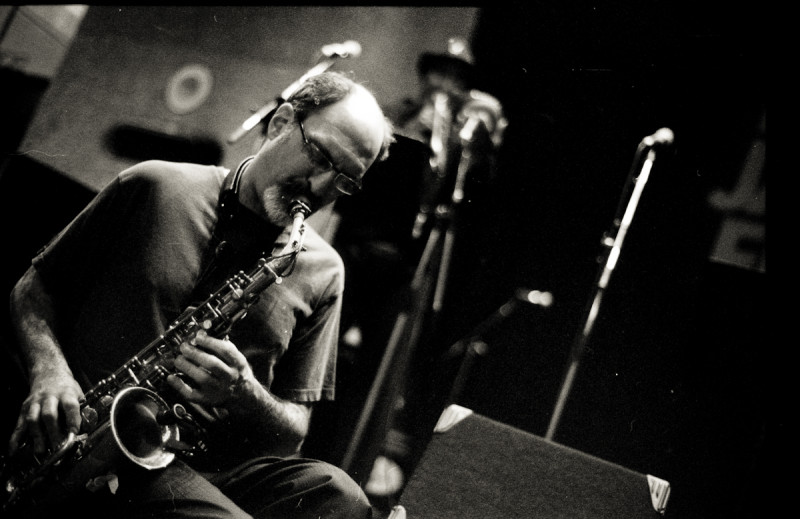 The Dixieland Jazz Festival held during Thanksgiving weekend at the Town & Country Resort and Convention Center features a wide variety of traditional jazz like ragtime, dixieland and swing. Now in its 37th year,  the event continues to join some of America’s finest musicians for a weekend of memorable performances for jazz lovers. 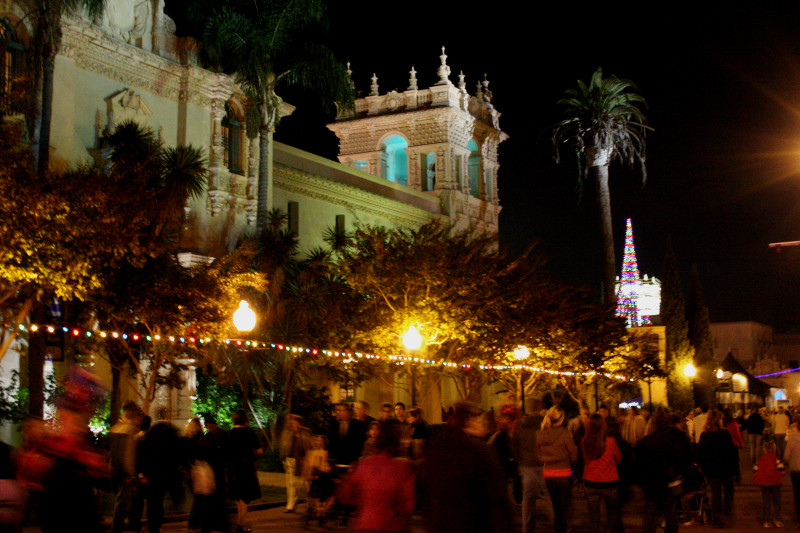 Set in historic Balboa Park, December Nights is the city’s favourite holiday tradition, attracting over 350,000 visitors over the course of the two day event. In celebration of December Nights, Balboa Park museums offer free visits to a wide variety of exhibitions both evenings between 5 and 9PM. December Nights highlights the talent of the San Diego Civic Youth Ballet and San Diego Junior Theatre in engaging musical and dance presentations. With plenty of holiday spirit and cheer, December Nights is an event not to be missed while visiting San Diego over the holidays.

San Diego presents visitors with a myriad of exciting events, allowing guests to experience the allure of the city any time of year. When will you choose to visit?
Have a good trip and travel!