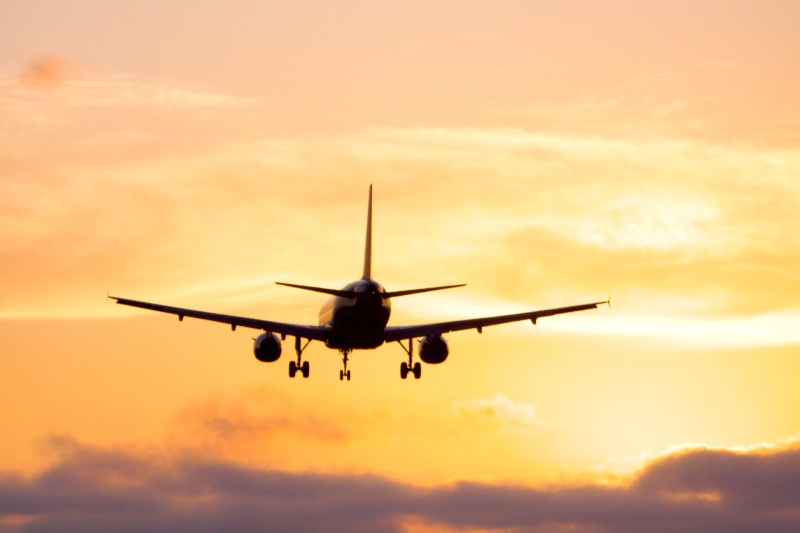 San Diego International Airport (SAN), locally known as Lindbergh Field, is serviced by over 20 international airlines, and greets more than 20 million passengers annually. Though recognised as one of the world’s busiest airports, Lindbergh Field is relatively painless to navigate through. Planning a trip to San Diego? Below are 15 interesting things to know about the city’s airport. 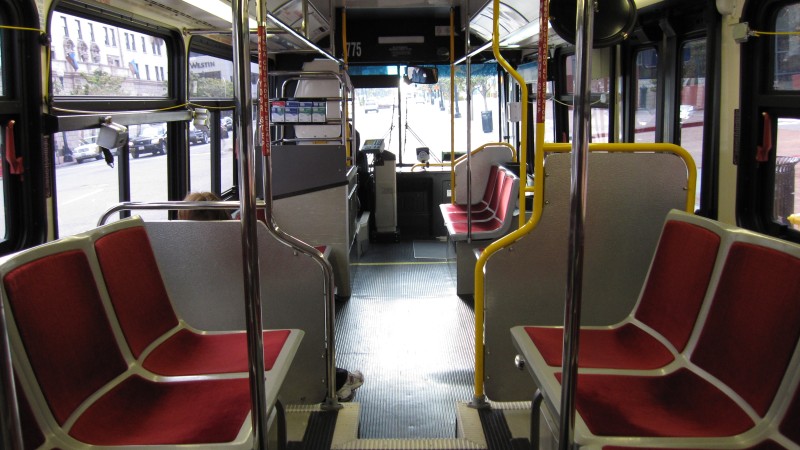 San Diego International Airport is conveniently located 3 miles northwest of the heart of the city, and the  Airport Flyer shuttle, 992, easily connects the two regions.  The 992 shuttles passengers to the airport from downtown on Broadway and Kettner, directly across from the trolley stop, Santa Fe Depot. The service operates every 15 minutes on weekdays and 30 minutes on weekends. From downtown, the commute to Lindbergh field is approximately 15 minutes. The fare for the 992 is $2.25 per adult.

2. History in its Name 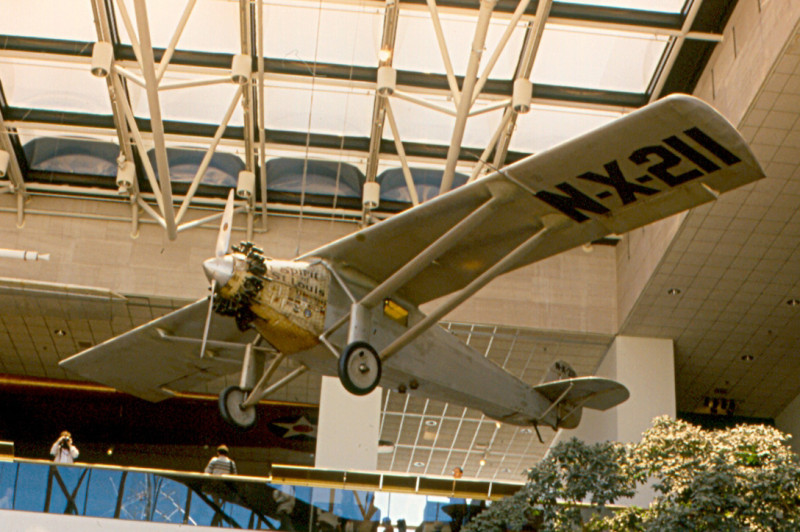 San Diego’s airport is dedicated to American aviator Charles A. Lindbergh, who fearlessly embarked on the world’s first solo non-stop trans- Atlantic flight.  Lindbergh selected Dutch Flats, a former tidal marsh in San Diego as his starting point, and on his aircraft, Spirit of St. Louis, traveled to St. Louis, New York, and finally Paris. Inspired by Lindbergh’s courage and passion for aviation, the city of San Diego erected an airport in which Lindbergh agreed to lend his name. It first opened to the public on August 16 1928, and today’s airport stands just south of Dutch Flats where history was made. 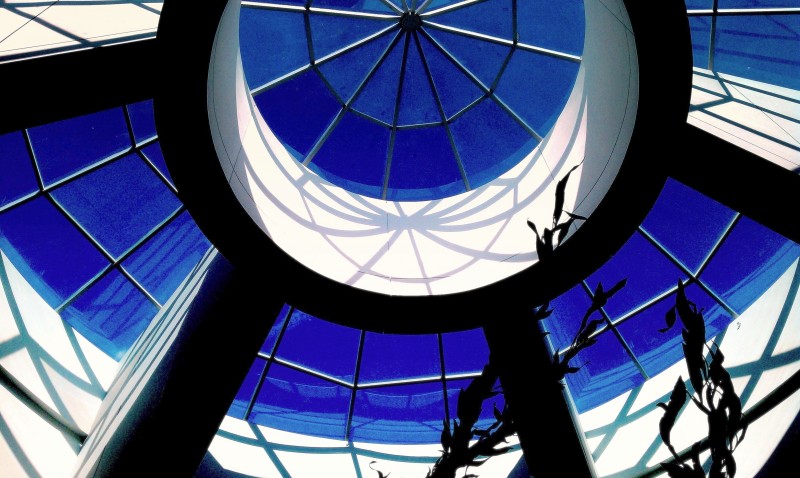 Good news, Lindbergh Field is ranked one of the least frustrating airports in North America, according to Bloomberg Businessweek’s Airport Frustration Index. In 2014, over 3000 passengers’ responses were analyzed based on these contingencies: overall experience, commute to the airport, a number of delayed and canceled flights, ease of security, and quality of terminals and amenities. On a scale of 0 and 100, airports in North America were given a frustration score, with 100 being the most frustrating. San Diego’s results tallied up at 38.1, earning the spot of the 10th least frustrating airport in North America, with Vancouver International Airport in Canada being number one. As the results have revealed, flights from Lindbergh Field depart timely 77% of the time.

4. One of the Busiest 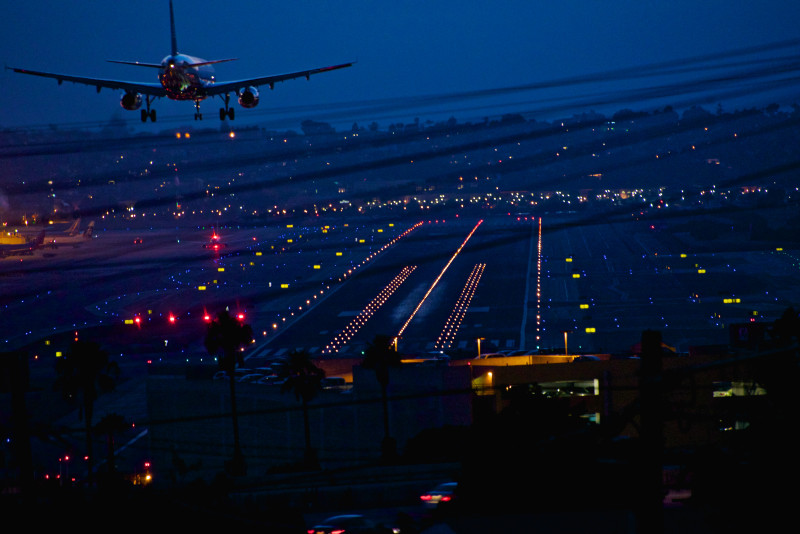 San Diego International Airport holds the reputation for being the busiest single runway commercial airport in America, and second in the world following London Gatwick. On average, Lindbergh Field serves 18 million passengers annually, and for the first time in 2015, the airport surpassed a record of 20 million passengers. Because it only bears one runway, often times flights take off back to back.

5. The Spirit of Silence

As part of a $907 million expansion project on Lindbergh Field’s Terminal 2, 10 new gates along with plentiful dining and shopping options were offered. The city’s airport also celebrated the opening of its first meditation room in June of 2014, nicknamed The Spirit of Silence. Created by Seattle-based artist, Norie Sato, the zen space was inspired by San Diego’s flow and movements between water and sky, featuring a myriad of calming grays and blues. The Spirit of Silence is a place of prayer, meditation and contemplation, away from the commotion of the terminals, where passengers are invited to linger with their thoughts. Conversing loudly or working on the laptop are strongly discouraged. The Spirit of Silence offers passengers a safe space to destress before and after flights. 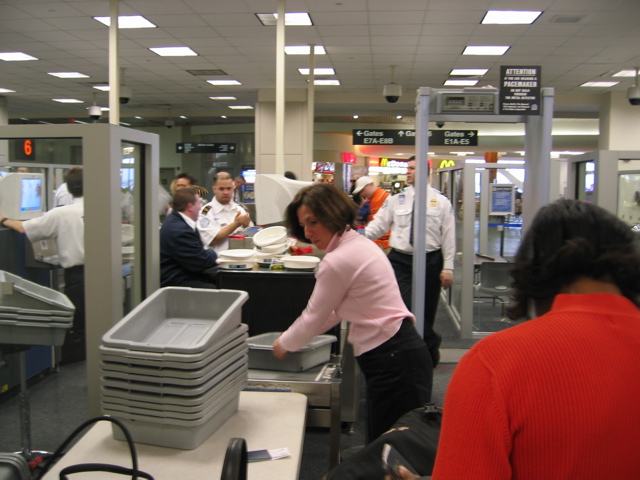 America’s airport security personnel, TSA, created an app to help travelers navigate through America’s airports with ease, especially busy terminals during peak travel periods like San Diego International. The app will detect the user’s closest airport, or the user has the option to set the airport manually. Prior to arriving at the airport, MyTSA will notify users of any airline delays, or general airport delays. On arrival at the airport, the app will update users on wait times at checkpoints, and give general tips on what can and cannot be taken on board. MyTSA also offers an answer to any questions travelers may have on TSA policies.

San Diego International Airport is one of thirty proud airports in America offering passengers interaction with dogs as stress relief to enhance the travel experience. The airport partnered with Traveler’s Aid Society of San Diego and Therapy Dogs Inc. to deliver the program of Ready, Pet Go in order to keep waiting for San Diego passengers calm. The program premiered in the fall of 2014, and the team of stress relieving furry friends currently consist of 13 dogs, from the littlest Shih Tzu to the largest Goldendoodle. Dogs at San Diego International work in two hour shifts, and they interact with approximately 200 passengers each shift to offer relief and comfort. They can be found anywhere from inside terminals to boarding areas and baggage claim, donning their adorable green vests emblazoned with “Pet Me.” 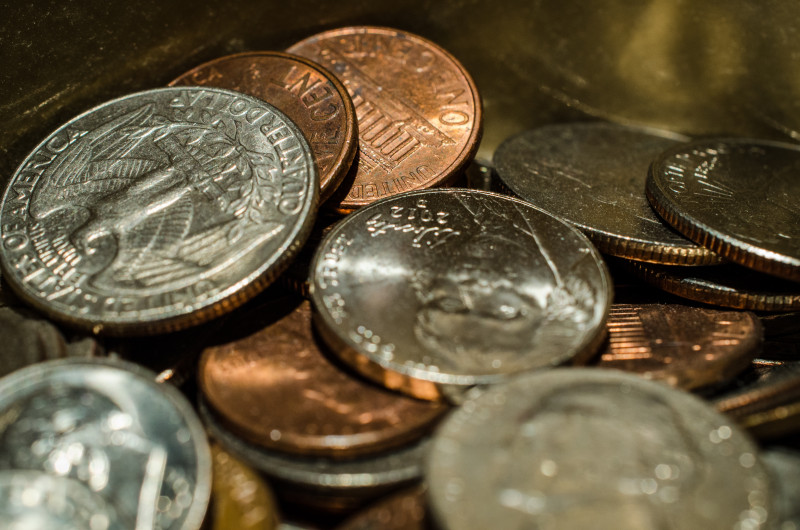 In a 2015 report on loose change left behind at airports in America, it was disclosed that $675,000 was found by the TSA in the previous fiscal year. Going through security checkpoints, passengers sometimes forget their loose change in the plastic trays, or don’t even bother with them. By far the most amount of change left behind was at the airports of California, with the state’s ten busiest airports collecting a total of $100,000 in the last year.  Los Angeles tops the list at $37,259.60, and San Diego between $5500 and 7200 in the last four years. Loose change is collected and documented by the TSA and then sent to the finance offices at the airport. The authority has granted TSA permission to use the money collected to improve security services. 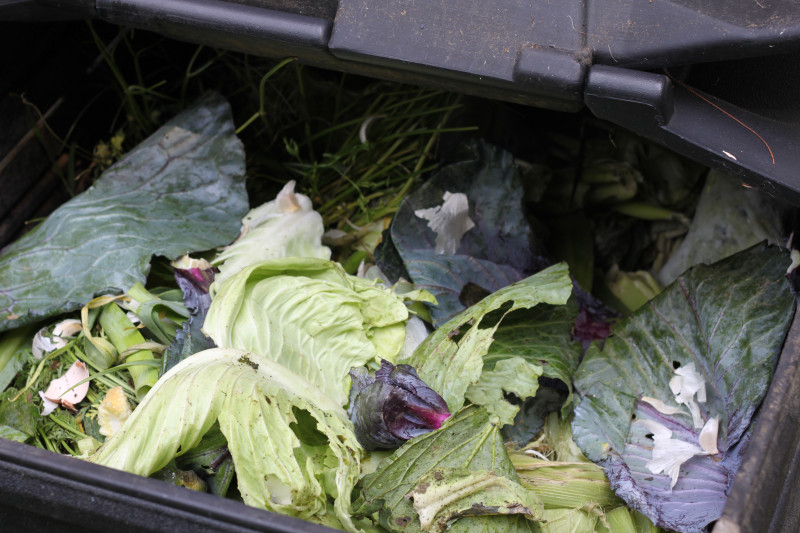 For 9 consecutive years, San Diego International Airport has been awarded Recycler of the Year by the city of San Diego. This prestigious award recognizes growth and improvement in the area of waste reduction and environmental sustainability. The airport’s key achievement in 2014 was successfully diverting 100,000 tons of waste from landfills, including construction waste and recovering recyclables from garbage disposals. By participating in food composting, repurposing condensate collected from air conditioning units, and diligently promoting water conservation, the airport managed to save $46,566 in disposal costs.

The Good Traveler project was thoughtfully created by the San Diego International Airport in September of 2015 to educate passengers on the effects of carbon footprint created by travel. Devised to encourage sustainable travel, The Good Traveler enables passengers to offset their carbon footprint for the cost of $1. By purchasing a Good Traveler sticker or tag that can be placed on laptops, mobile devices, or hung on bags, the dollar will offset the equivalent of carbon footprint created by 500 miles of air travel or 200 miles of driving by benefitting 3 environmental sustainability projects. 100% of the proceeds will assist the restoration of a California forest, the establishment of a wind farm in Idaho, and in Colorado, a water restoration project. Look for the Good Traveler pop up kiosk to make a purchase at San Diego International, or visit a Ryan Brothers Coffee at the terminals.

Volunteer Airport Ambassadors offer their services in the two terminals between the hours of 6AM and 11PM. San Diego International’s Volunteer Airport Ambassadors are the international gateway’s meet and greet team, and serve as an important free source of information for business and leisure travelers. Staffed primarily in the baggage claim areas of both terminals, over 350 highly trained ambassadors are ready to answer passengers’ questions on rental cars, modes of public transportation, hotels, and general way finding. They can be easily spotted by their green polos with “Airport Information” adorned on the back. 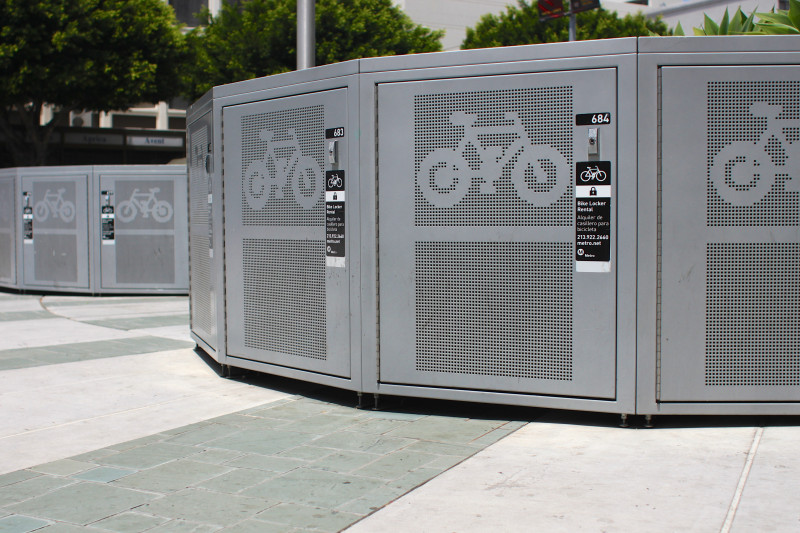 The free use of bicycle lockers by the airport is designed to increase transit ridership to Lindbergh Field. Though the airport’s two lockers come at no cost to use,, a $25 refundable key deposit is required. Each locker accommodates 4 bicycles, and are located at the following:

Embarking on a tour behind the scenes of hectic San Diego International promises to be an eye opening experience. The free two hour tours offered by the Airport Authority allow individuals up close encounters with the endangered California Least Terns, and an opportunity to observe the runway and public art spaces. Tours are provided Thursdays and Fridays, at 1PM and 10AM respectively. To sign up for a tour, visit http://www.san.org/Service-Facilities/Tours. 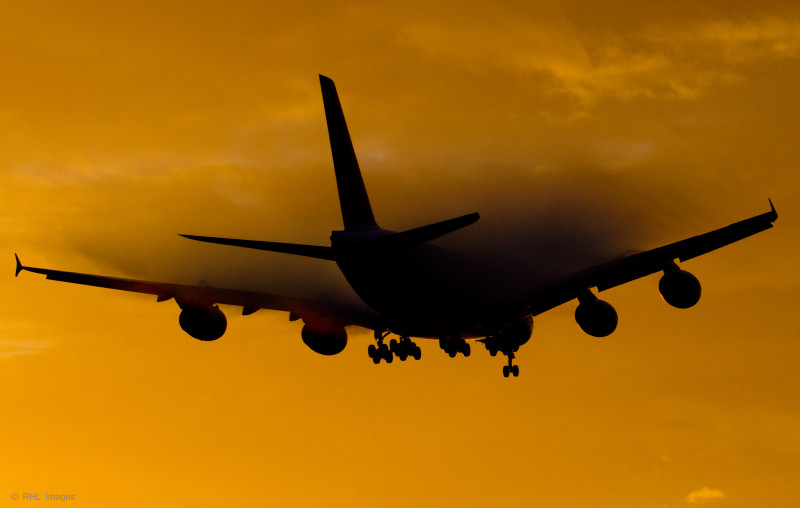 Because San Diego International is situated in a densely populated area, a curfew was set in 1979 to mitigate noise concerns of the airport’s neighbors. While arrivals at Lindbergh Field are permitted 24 hours of the day, departures are strictly allowed between 630AM and 1130PM. Departures from San Diego’s airport outside of those hours are subject to a fine. 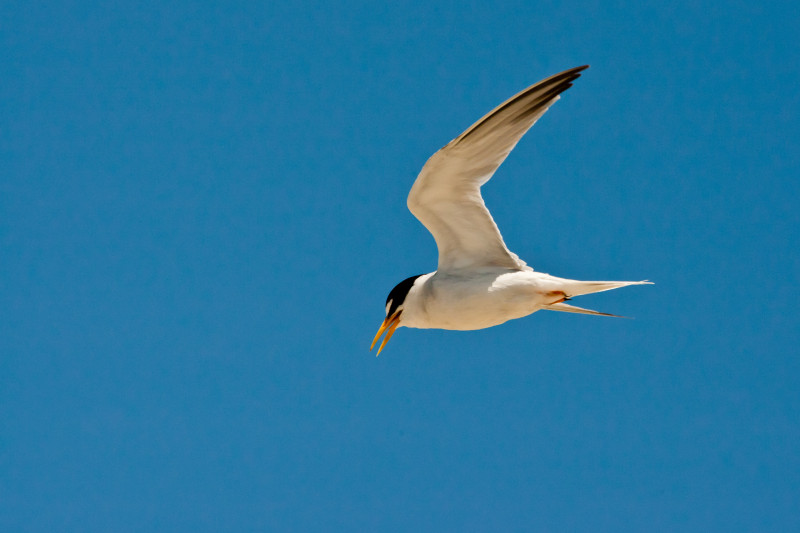 The endangered species of the California least tern spend their spring and summer along the majestic coast of California to breed and nurture their offspring before migrating south for the winter. Since the 1970’s the population of the least tern has been significantly reduced to about 1000. But due to concerted efforts of the San Diego Zoo and protected nesting sites like the one at San Diego International, their population is now maintained at a steady 8000. The airport offers the least tern protected shelter, and open nesting areas near the water for preying on fish. A fence surrounding the nesting site has also been erected in order to shield the birds from the dangers of the runway.

San Diego boasts a world class airport, and Lindbergh Field is deservedly recognized as one of California’s leaders in environmental sustainability. Please remember to partake in their initiatives while traveling through!