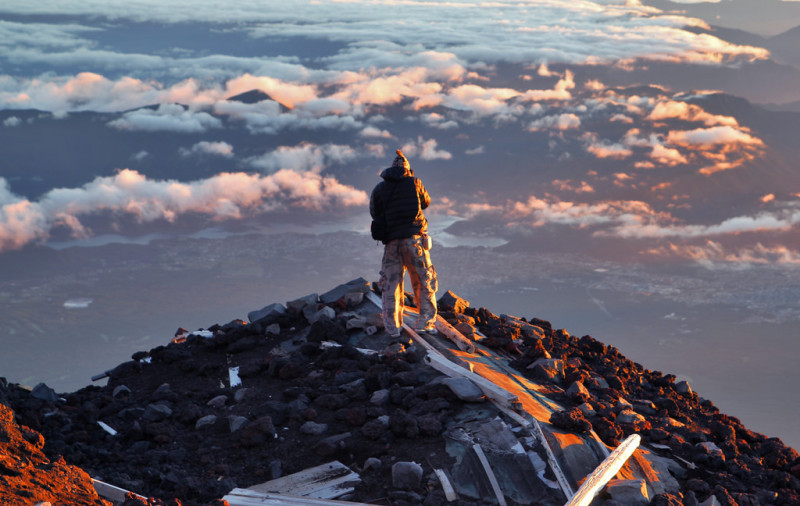 Japan has many mountainous areas with beautiful hiking trails. There is a trail fit for anybody, from leisure walks to harder climbs. Check out this list of 15 places to enjoy hiking in Japan! 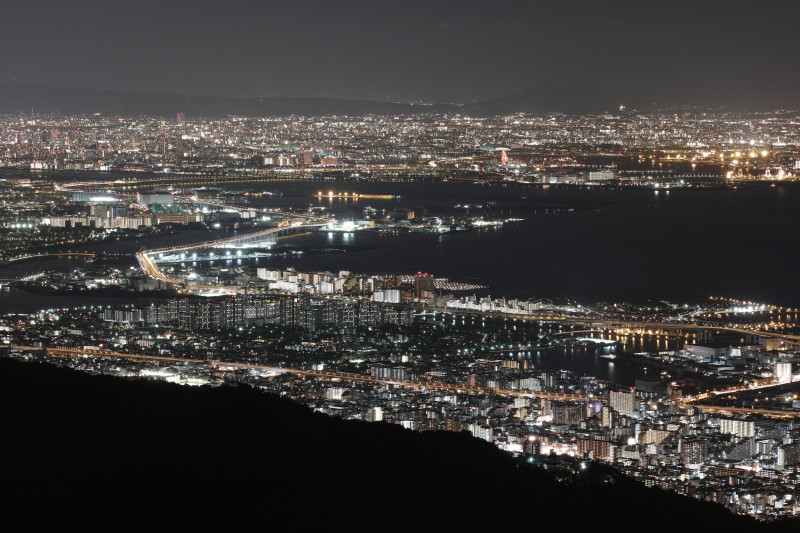 The Rokko Mountain Range, located in Hyogo Prefecture, is one of the most appreciated places for escapades from big cities like Kobe and Osaka. The mountain range starts in Sumaura Park and ends in Takarazuka, being approximately 56 kilometers in length. Rokko is home to several attractions such as Nunobiki Waterfall, Nunobiki Herb Garden or Rokko Alpine Botanical Garden. The highlight of the mountain range is represented by the views that can be seen from the top. The sight is especially spectacular at night. 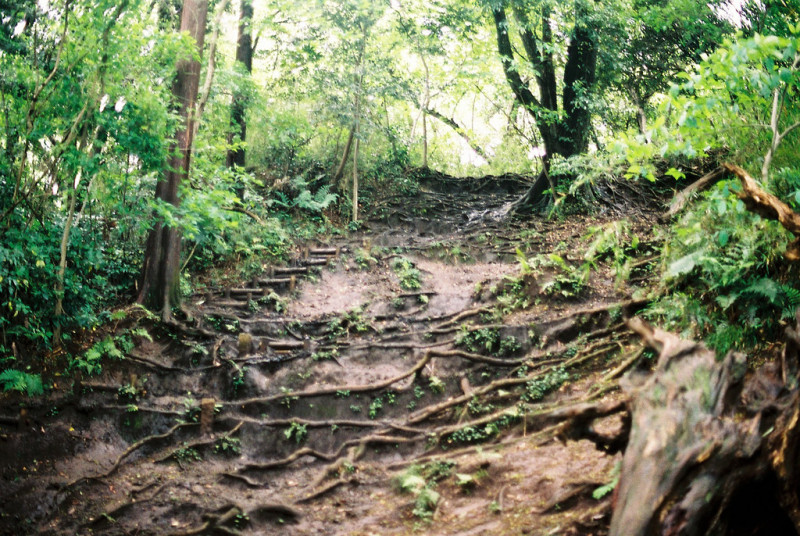 Hiking is the best way to see Kamakura’s attractions as the city has many wooded hills nearby with many hiking trails connecting various temples. 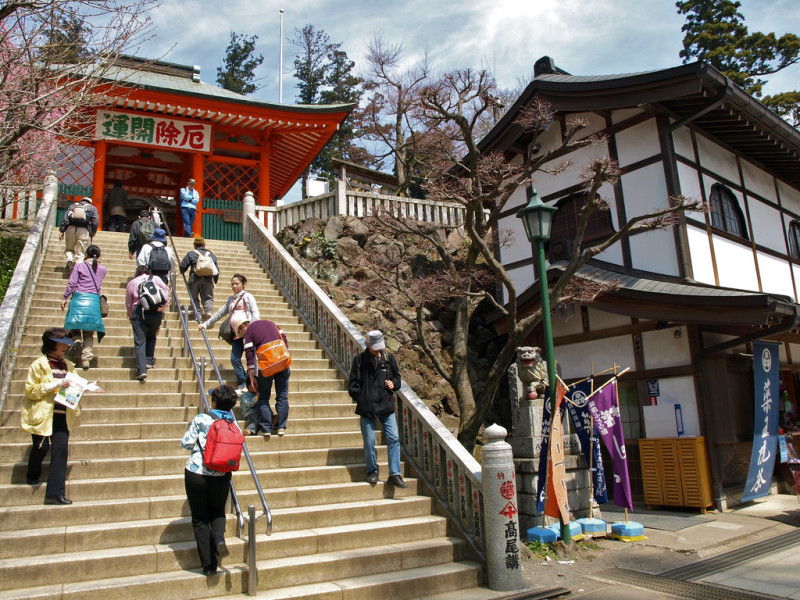 Mount Takao is one of the closest places to Tokyo where people can go hiking. The 599-meter mountain offers amazing views from the top, including Mount Fuji on days with good weather. Other attractions include a monkey park and a temple. There are 8 trails that go to the summit. All of them are underdeveloped besides trail number 1 which is the most used by tourists, being paved until the end. But the most interesting trails are the underdeveloped ones – they are less crowded, the scenery is more beautiful and you really get to enjoy nature 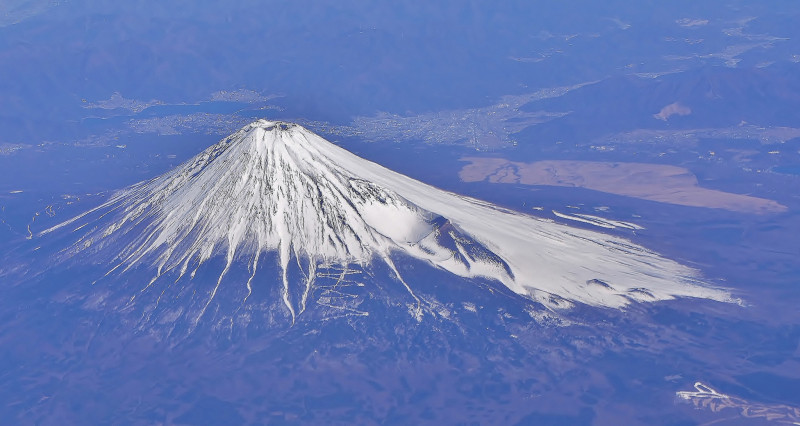 Who hasn’t heard of Mount Fuji? Considered Japan’s symbol, the 3776-meter volcano is home to the most climbed trails in the country. The official climbing season starts in early July and ends in mid September when the snow permits accessing the trails. During the climbing season, mountain huts and other facilities are open. The mountain is divided into ten stations that go from the base to the summit. There are five different 5th stations on various sides of the mountain. The climb is not difficult, but it poses one problem – the air is rarefied at high altitudes, causing dizziness and nausea. This problem can be solved by climbing at a slow pace and staying hydrated. 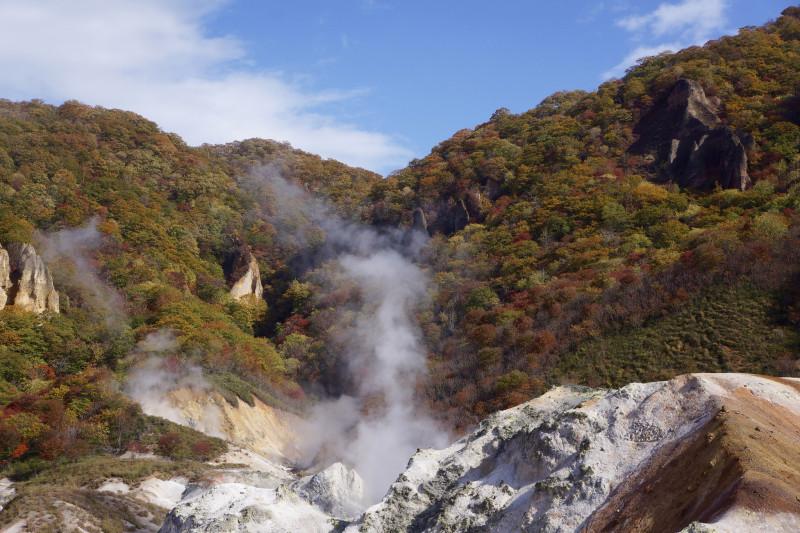 Noboribetsu’s main attraction is Jigokudani, the Hell Valley that appeared in the explosion crater of Mount Kuttara. Sulfurous steam is constantly coming out of the hot springs in the area, creating an eerie sight. There are four main hiking trails: 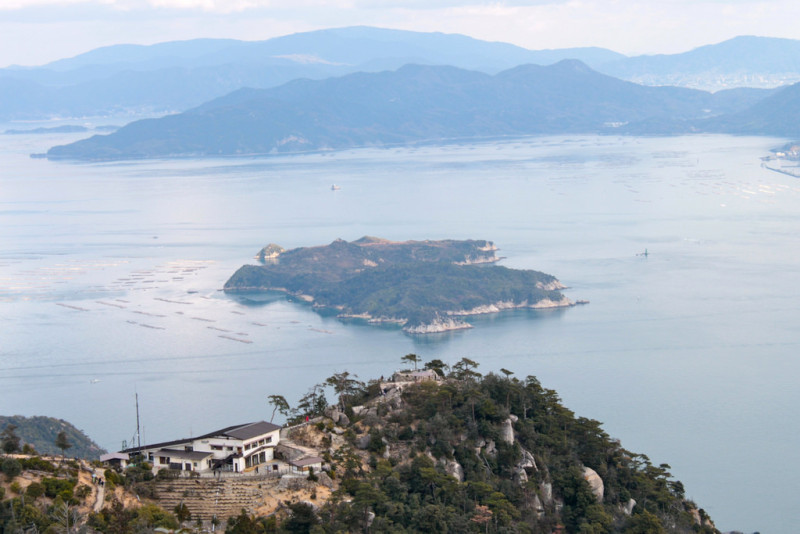 Mount Misen is a sacred mountain in Miyajima, near Hiroshima. The mountain has very beautiful vegetation is abundant in wild animals such as deer and monkeys. The animals are used to people and can be seen up close. The top of the mountain offers panoramic views of the surrounding Seto Inland Sea. On days with clear weather, the distant Shikoku Mountain Range can be also seen. The top can be reached by several hiking trails: 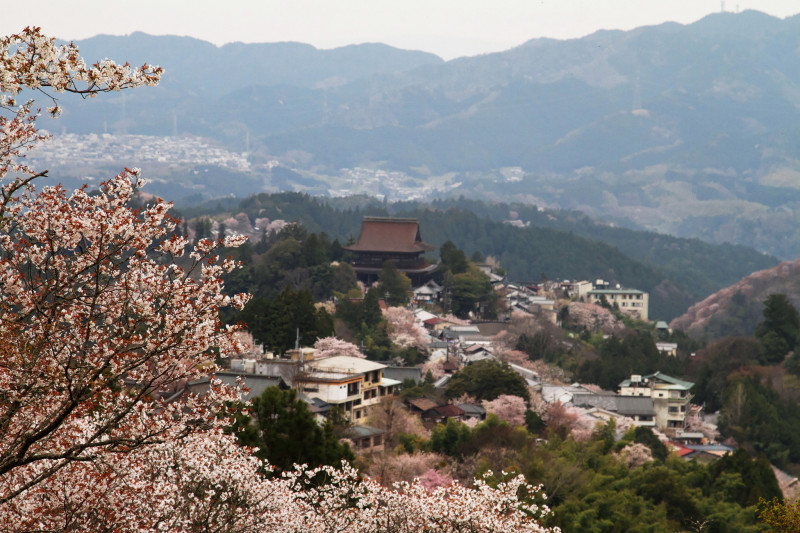 Mount Yoshino in Nara Prefecture is considered Japan’s most beautiful spot for cherry blossom viewing. But even if you’re not traveling in spring, the area is rich in nature and has a lot to offer. Summer is represented by hydrangea flowers, while autumn brings beautiful colorful trees. Winter is also beautiful when Yoshino is covered in snow.   There are several temples scattered along the trails and the summit is a good place to enjoy panoramic views of the surroundings. Kinpusenji Temple is the most important temple in the area, regarded as a World Heritage Site. 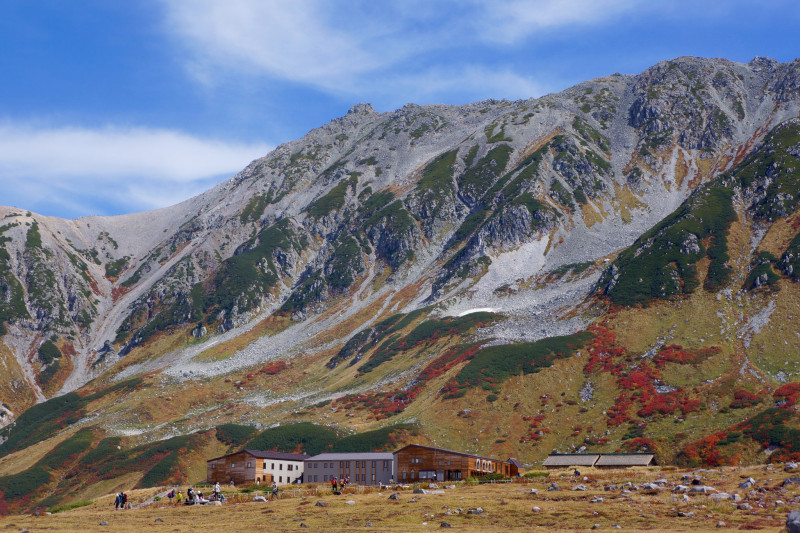 The Tateyama Kurobe Alpine Route is a trail with spectacular views that runs through the Northern Japan Alps. There are four main points of interest:

1.Bijodaira – an atmospheric forest with 1000 year old cedar trees. It has three trails:

2.Midagahara – a wetland located at over 2000 meters. A lot of beautiful flowers can be seen in the area. There are three trails:

3.Murodo – the most beautiful part of the whole Alpine Route, with impressive valleys and lakes. It has three trails:

4.Kurobe Dam – the highest dam in the country. There are two trails: 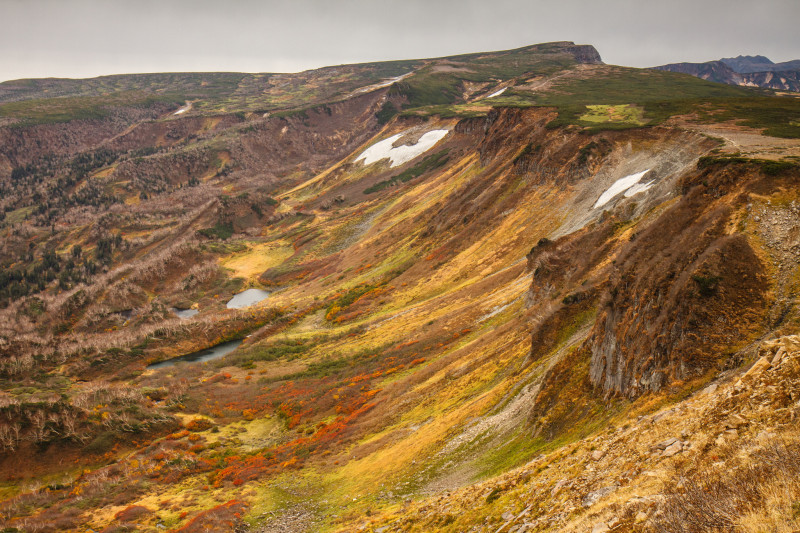 Daisetsuzan is the largest National Park in Hokkaido. The area has many attractions such as Tenninkyo Onsen, Ginsendai, Tokachidake Onsen, Mount Kurodake, Sounkyo Onsen, Lake Shikaribetsu, Kogen Onsen and Mount Asahidake. Because of the park’s location, it is the first place in Japan to see autumn colors and snow every year.  A complex network of trails can be found in Daisetuzan. The trails offer spectacular views and range from easy walks to difficult climbs. One of the most popular ways of accessing the park is from Asahidake Onsen. 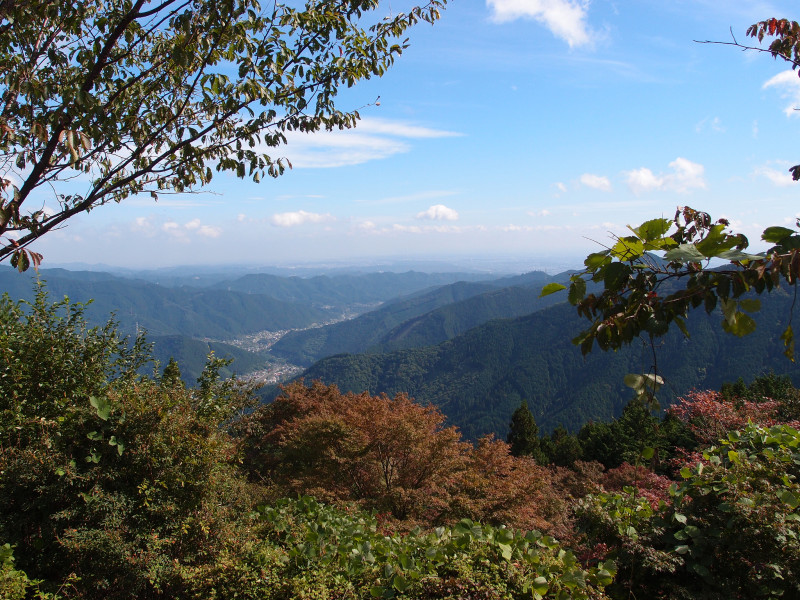 Mount Mitake is a mountain near Tokyo, part of the Chichibu Tama Kai National Park. The main trails starts outside the upper cable car station. There is a 25 minute walk to Musashi-Mitake Shrine, located on the mountain’s summit. From there, various trails continue to other peaks and along the valleys. The most beautiful one is considered to be the one that goes to the “Rock Garden”. The trail passes a scenic valley with a bubbling stream and two waterfalls. The valley is covered in mossy rocks, which gave its name. The hike from the Rock Garden can be continued to the summit of Mount Otake, which lasts around 50 minutes. 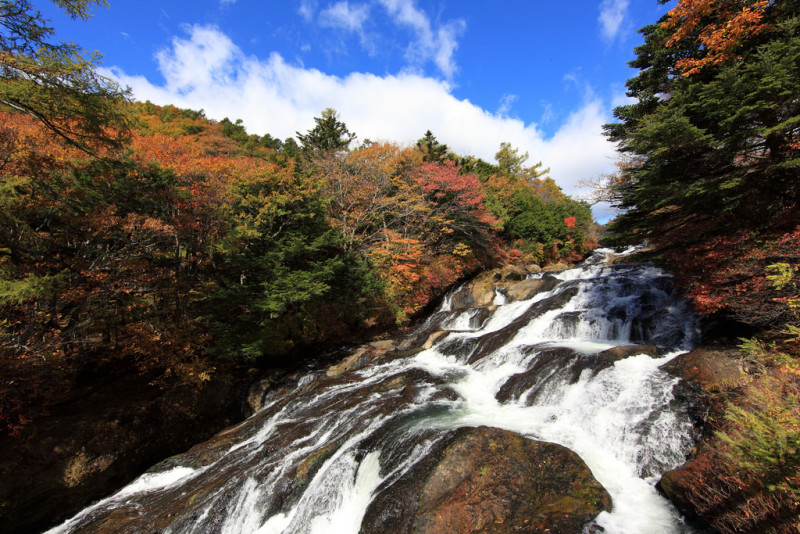 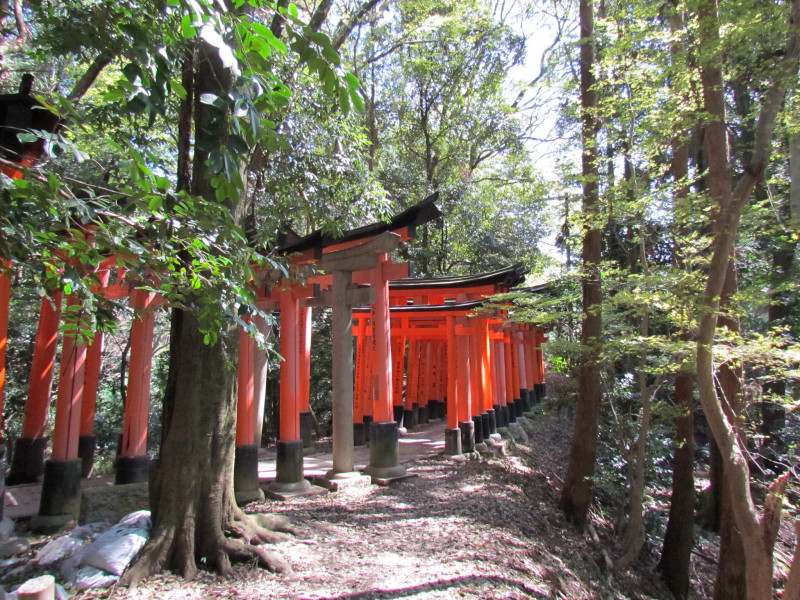 Fushimi Inari Shrine is located in Kyoto on a 233-meter mountain also called Inari. Getting to the shrine is a special experience. The surroundings are amazing and the hiking trails are lined by thousands of seemingly endless vermillion gates. The shrine is a place to pray for one’s business, so company patrons donate gates that are placed along the trails. People with smaller budgets donate mini gates that are stacked at the Fushimi Inari sub-shrines. The hike to the top of the mountain takes about 1 hour and 30 minutes and the summit offers nice views or the area. 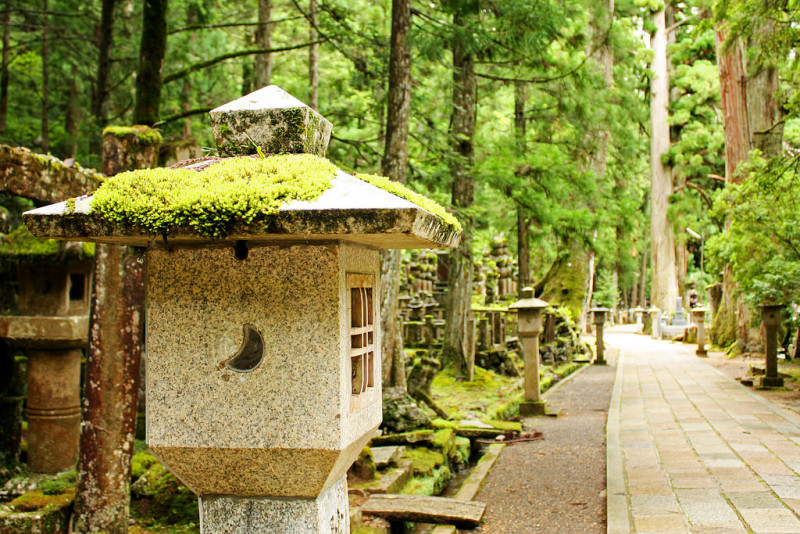 Mount Koya is a mountain in Wakayama Prefecture, a short trip from Osaka. The mountain is considered the headquarters of the Shingon sect of Japanese Buddhism and has many interesting temples to visit. The temples are connected to the outside of the mountain by several trails: 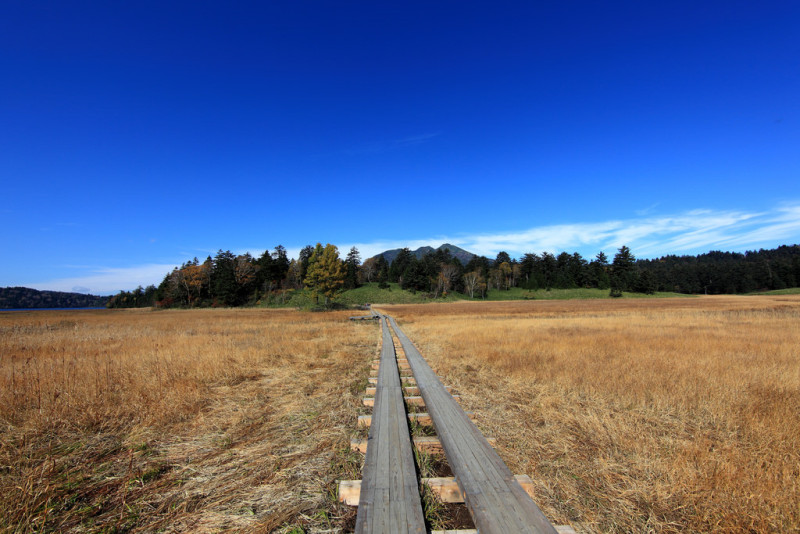 Oze National Park consists of a large Greenland that is part of Fukushima, Gunma, Tochigi, and Niigata Prefectures just 150 kilometers from Tokyo. Its main attractions are Ozegahara Marshland and Ozenuma Pond. The Ozegahara Marsh is about six kilometers long and offers nice views of Mount Hiuchigatake and Mount Shibutsusan. Ozenuma Pond can be reached from the end of the Ozegahara trail and takes about an hour to complete. There is a path that goes around the pond, offering spectacular views of the water combined with the surroundings. 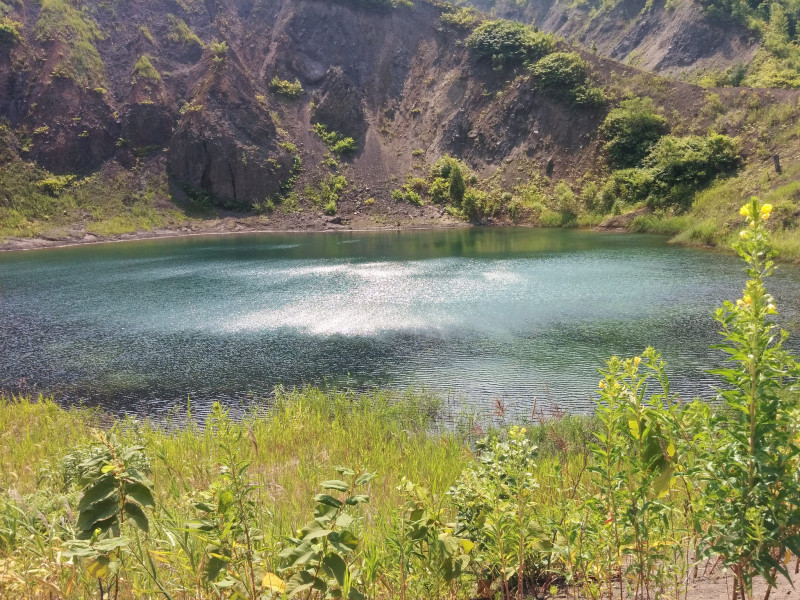 Mount Usu is an active volcano in the Shikotsu-Toya National Park in Hokkaido. The volcano has erupted four times in the last 100 years. The summit of the mountain has observation decks where visitors can enjoy panoramic views of the surroundings. Lake Toya, Showa Shinzan, the Pacific Ocean and the volcano’s crater look spectacular when seen from above.

Besides enjoying nature, visitors can see the destructive powers of the volcano as many buildings were left as they remained after the eruptions. The area can be seen from the following trails:

Enjoy hiking in these amazing places! Have a good trip and travel!