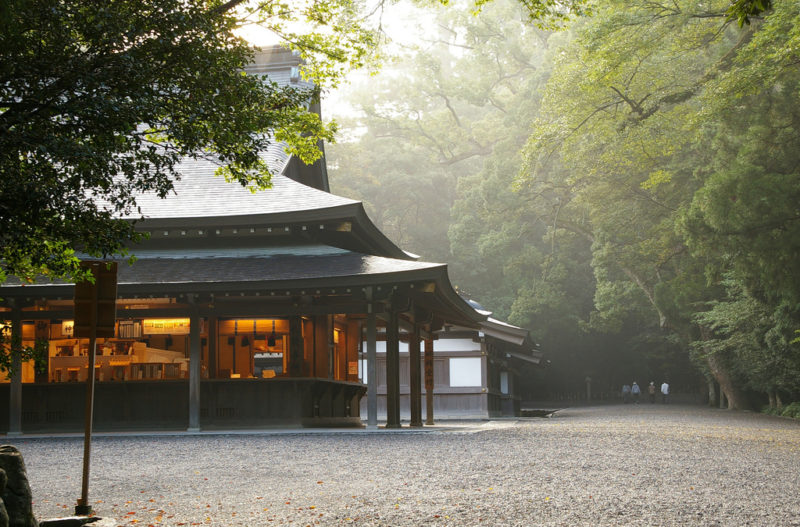 Ise Grand Shrine (Ise Jingu) is a Shinto shrine in Ise, Mie, Japan that was built to honor the goddess Amaterasu. The shrine consists of over 125 shrines that are separated into the Naiku (inner shrine) or Geku (outer shrine). It is one of the most sacred sites in all of japan with more than seven million visitors every year. 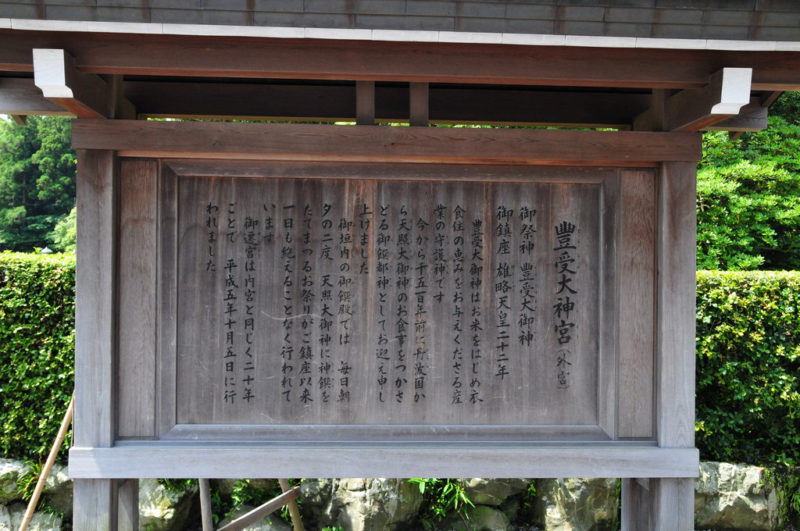 The exact date of construction of the shrines is in question. While it is believed that the shrines were built in year four B.C.E, many historians believe them to be built in 690 C.E. According to Japanese legend, the daughter of Emperor Suinin, Yamatohime-no-mikoto established the inner shrine (Naiku) after goddess Amaterasu, ruler of the High Plain of Heaven, came to her saying she would like to live in Ise to be close to the sea and mountains. 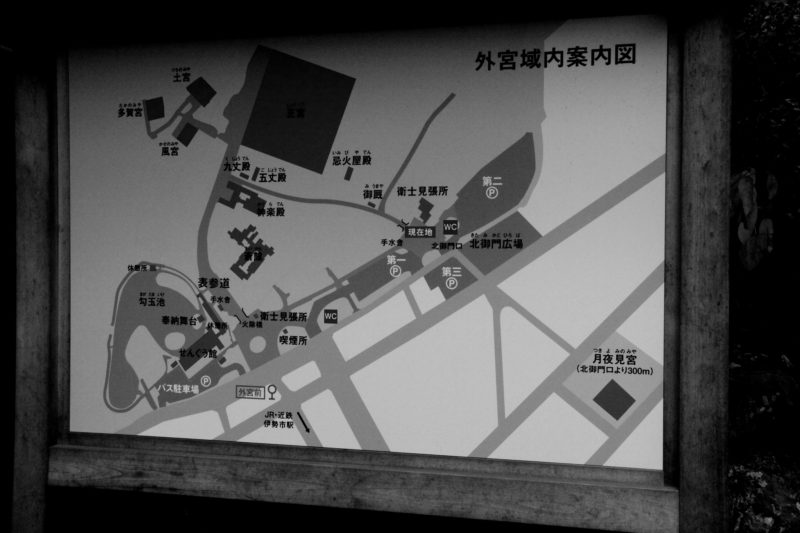 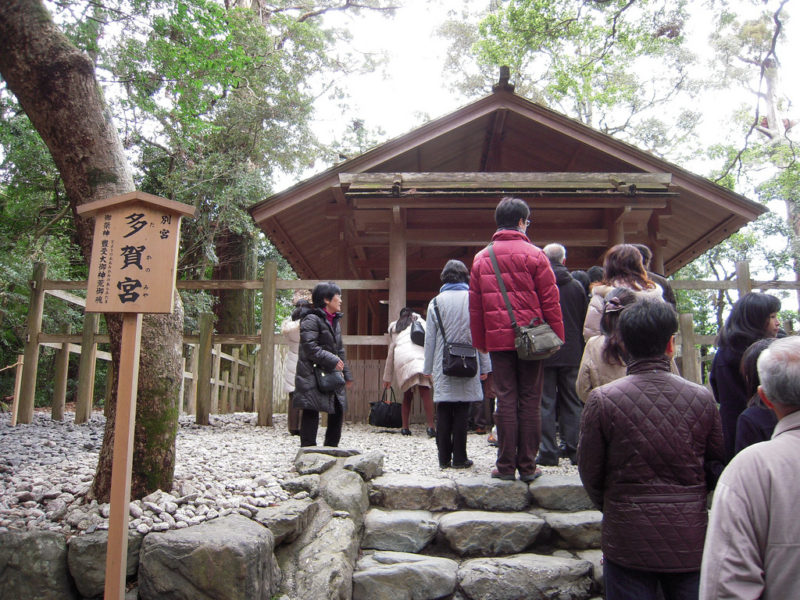 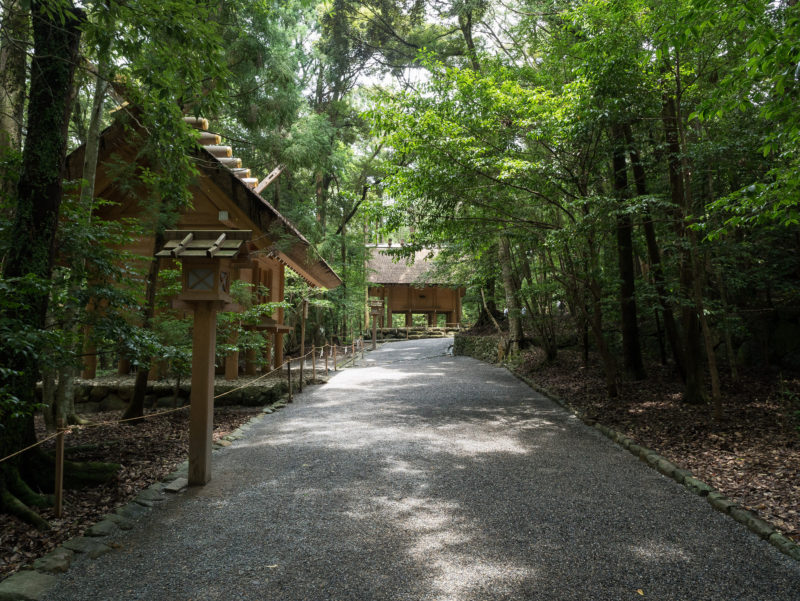 The Ise Shrine is located in the “Sacred Forest of Ise Jingu”. This forest is home to 5500 hectares of Japanese cypress trees, which are used for the ritual rebuilding of the inner and outer shrines. Naiku (inner shrine) contains Amaterasu’s Sacred Mirror, which is considered on of the Three Sacred Treasures of Japan. Geku (outer shrine) honors Toyouke Okami, goddess of food, agriculture, and shelter. Sacred rituals are performed here daily. 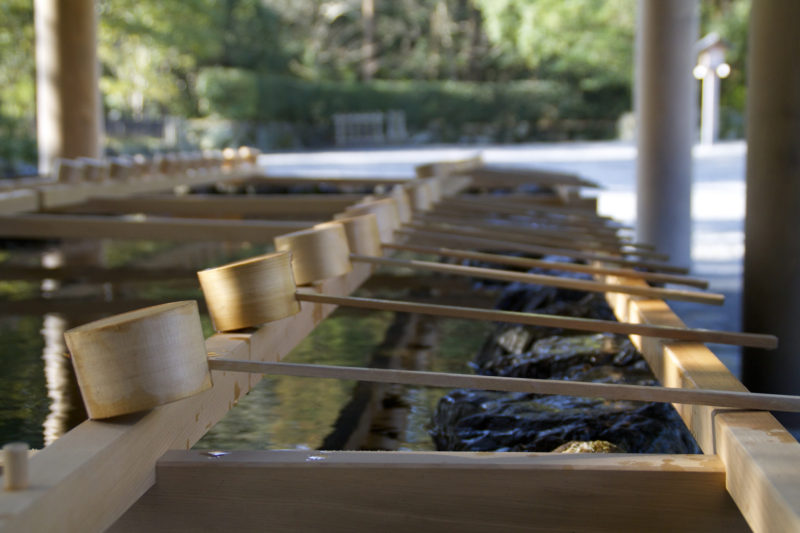 In a building near the main hall of Geku, sacred food is offered to the goddess Toyouke Okami twice a day. This ritual uses sacred fire, which is lit by rotating wood and using sacred water from a well. In addition, a female member of the imperial family serves as a supreme priestess, or the saishu. She leads religious ceremonies of the Ise Shrine and serves as a medium between the gods and the people. The supreme priestess also prays to Amaterasu for health and peace. 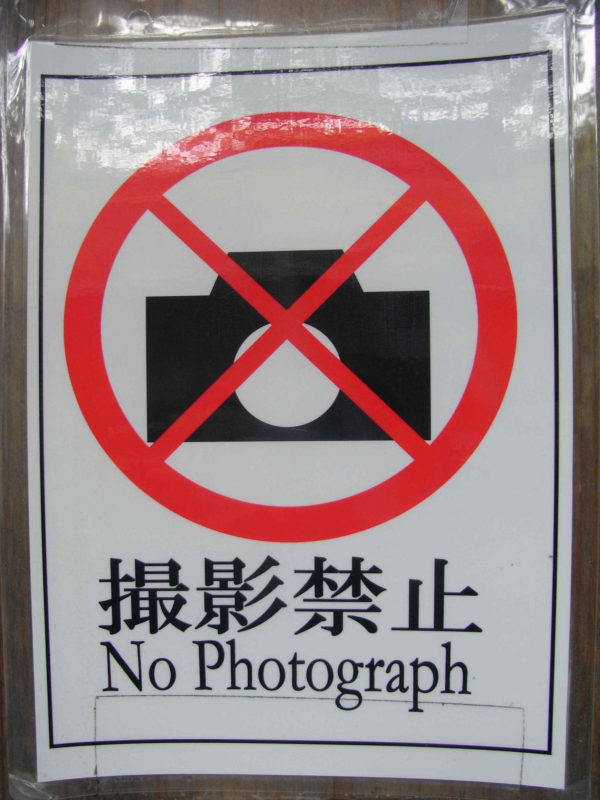 kotaijingu is the main shrine within Naiku. The shrine is located behind a large fence, but visitors can offer their prayers at the gate. Photography near Kotaijingu is strictly prohibited. This shrine is home to the Sacred Mirror of Amaterasu. 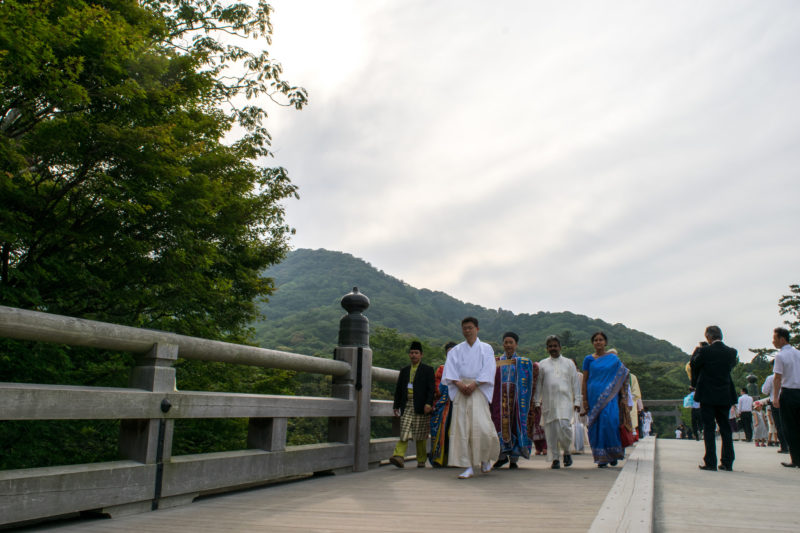 Every 20 years, the Kotaijingu and other areas of the Naiku shrine are torn down and rebuilt. This ceremony is known as Shikinen Sengu. It has occurred every 20 years for the past 1300 years. The practice is influenced by wabi-sabi, “the impermanence of all things beautiful.”

For visitors, the Ise Grand Shrine is a great way to learn about Japanese culture and religion. A spiritual journey to a beautiful area that should not be missed