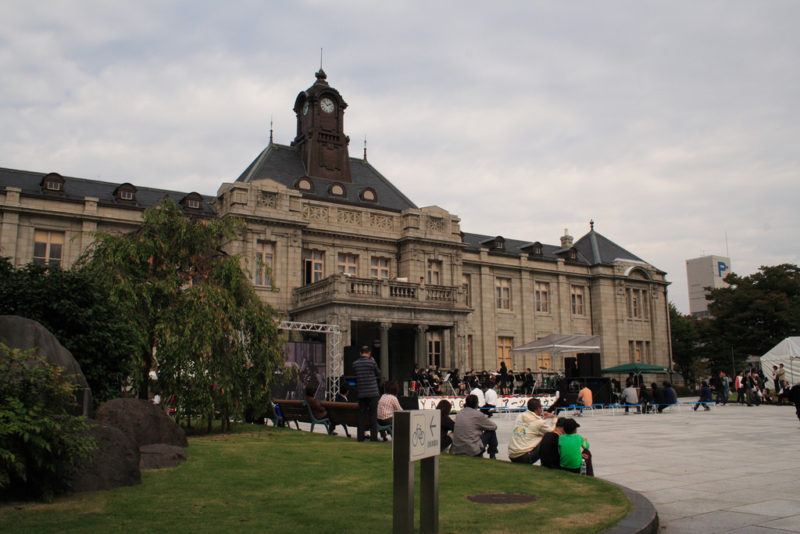 Located in the Tohoku region in Honshu Island, Yamagata has sometimes been referred as the “hidden jewel in Japan” more so because of the wealth of sceneries, unadulterated nature, historic temples, sumptuous local cuisines, first class skiing resorts, town festivals and hot springs. Get to know some of the best activities you can do in Yamagata. 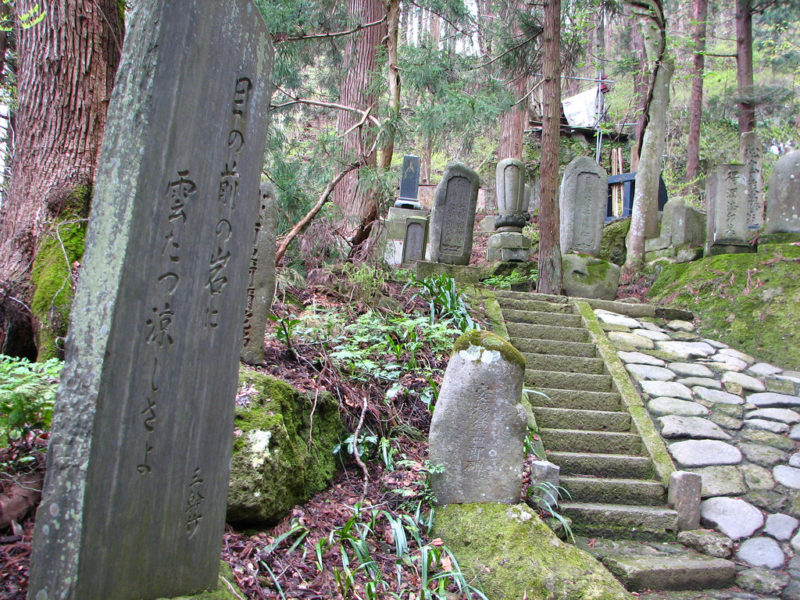 Founded as far back as a thousand years ago, Yamadera temple has a rich history in the Yamagata, with its different structures spread out all over the mountain. You may want to take a nature walk and hike up to the top which can take around thirty minutes. You would then appreciate the spectacular and dazzling view at the peak. Try to visit in different seasons to see the different backdrop of Yamadera.

A popular tourist spot in Yamagata is the Okama Crater Lake which draws a great number of visitors and tourists from locals and foreigners alike. The Okama Crater Lake is well renowned because of the sensational view of its water whenever the weather or the season change. The lake changes to different colors such as blue, green, brown and pink.

Yamagata has several mountains and you may want to include a visit to the Dewa Sanzan Mountains, which is made up of holy mountains. Mount Gassan is more than 1984 meters high above sea level. The best time to visit is from April to August. Mount Yudono is regarded as a sacred holy shrine by most pilgrims and visitors. Best time to visit is in summer. 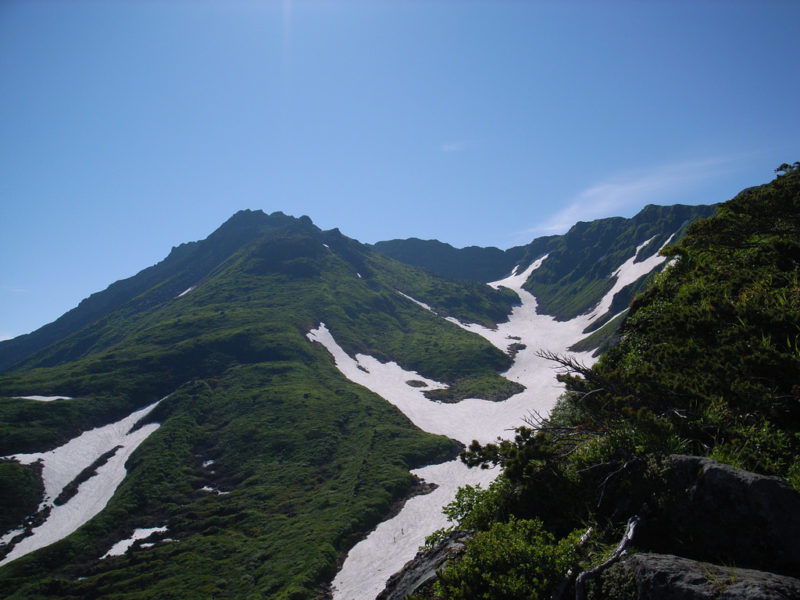 Located on the border of Akita prefecture and Yamagata prefecture, Mount Chokai is another famous tourist destination for those who enjoy the beauty of nature and Mountain View. If you arrive in the mountain, try to wait and catch the beautiful sunset on the Sea coast of Japan, which is on the west side of the mountain. 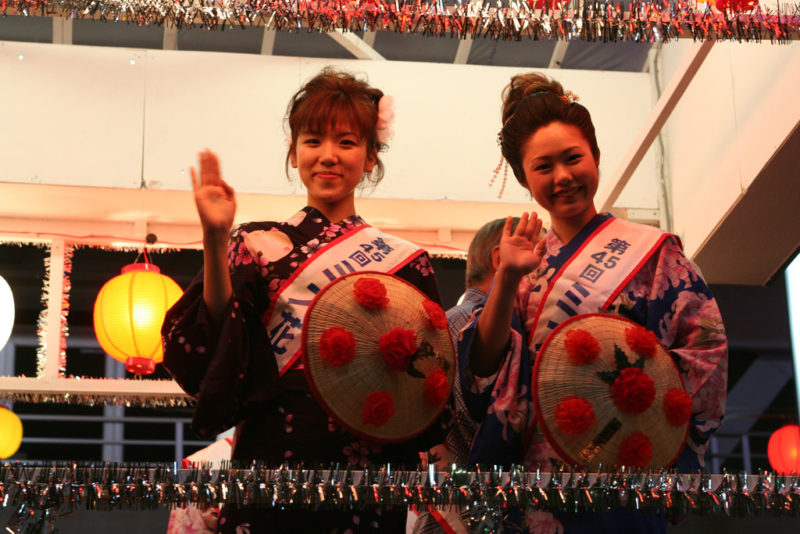 Experience a well-known summer festival celebrated in Yamagata, the Hanagasa Flower Hat Festival which draws as much as 900,000 people regularly to watch the parade. The event is held annually on August 5 to August 7. The participants wear traditional wear and colorful hats and dance in groups for more than 1.3 kilometers.

Participate in the Imoni Festival in the capital city of Yamagata. The festival is held on September’s first Sunday, with the local town residents, guests and tourist gathering at the Mamigasaki River banks to share preparations of food called Imoni. The food is made up of beef stew and taro and cooked in a giant pot.

Commemorating the bloody battles between two outstanding generals, Singen Takeda and Kenshin Uesugi, Yamagata prefecture holds the Yonezawa Uesugi Samurai Festival from April 29 to May 3. The annual event reenacts the historic war of Kawanakajima. A samurai parade is held on the festival’s final day where you will see participants dressed in samurai gears, with their weapons and swords.

The Mogami River Boat Ride is regularly held in the river of Mogami in Yamagata prefecture. The river flows from the southern area of the prefecture and then flows into the Sea of Japan. A popular haiku was created inspired by the river written by famous Japanese poet Matsuo Basho. A regular guided boat ride is operated in the area and you should avail of that when you visit the place. 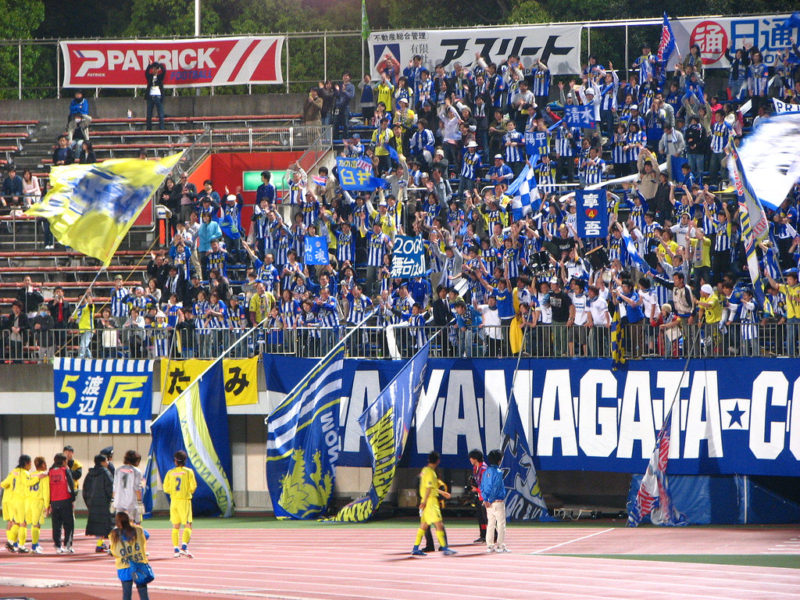 Catch some exciting and thrilling football games at the ND Soft Stadium for the Montedio Yamagata Games. A professional football club association in Yamagata, there are regular games held for all football (or soccer) diehards and fanatics. The ND Soft Stadium is located in Tendo city and often attracts local residents and tourists alike.

An enjoyable group and family activity you can enjoy are the summer fruit picking trips in Yamagata. A popular destination for tourists is the cherry farms which can be seen all over the Yamagata prefecture. The summer season (around June to August) is the best time to visit and you get to pick and (nibble) ripe red cherries.

Not all noodles are the same and you may want to try out as many noodle cuisines as possible when you visit Japan. An experience which should be a part of your travel plans is the soba making activity in Yamagata. You get to create your own soba from scratch with the help of a professional soba chef.

If you will go to Yamagata, there are lots of ski resorts which you should try such as the Jangle Jungle ski resort in Higashine city and Tendendai ski resort. Mount Zao in Yamagata City is most famous for its ski slopes and draws a lot of professional skiers, ski borders, and first-time ski tourists.

A journey to Japan wouldn’t be complete if you wouldn’t be able to visit a Sake Museum. Located in Yonezawa Yamagata, the Sake Museum has been featured in several documentaries, television spots and films all over the world. Take a trip at the sake brewery and you’ll discover the history and stories behind the ancient art of making sake.

Mount Haguro has an ancient pagoda built in 939. One of the most scenic and fairy-tale like area in the mountain is the path of 2,466 steps of stones. Along the way to the summit, you’ll see several 600-year-old trees. The mountain has a 5 story pagoda and several shrines and is included as one of Japan’s National Treasures.

Yamagata is well known for its fruits such as apples, grapes, melons, peaches, watermelons, and persimmons. You can try some seasonal fruit picking regardless of your visit in the area. You may also want to try out most of the different local specialties such of Ramen and Yonezawa beef.

15 Things To Do in Fukushima