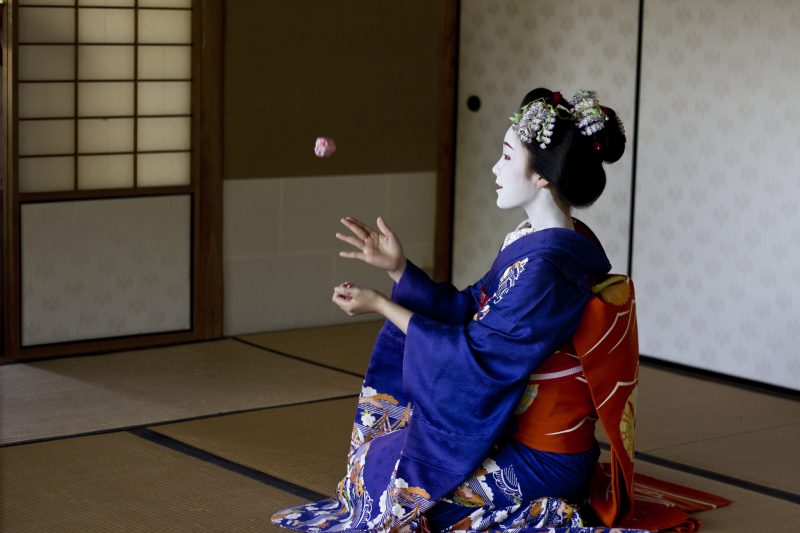 Mysterious and beautiful, the elusive Geisha has been a part of Japanese culture for centuries. However, the general public still knows very little about these interesting, gorgeous women. Here are 30 things you should know about them! 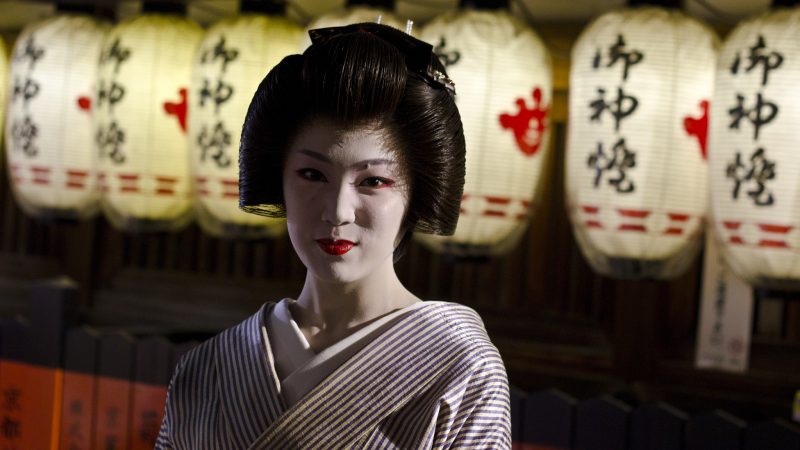 The Geisha is a profession that is unique to Japanese women. They are female entertainers who take on hostess duties and train in various skills like music, dance, and conversation for male customers. They are recognizable by their distinctive white makeup and extravagant kimonos. 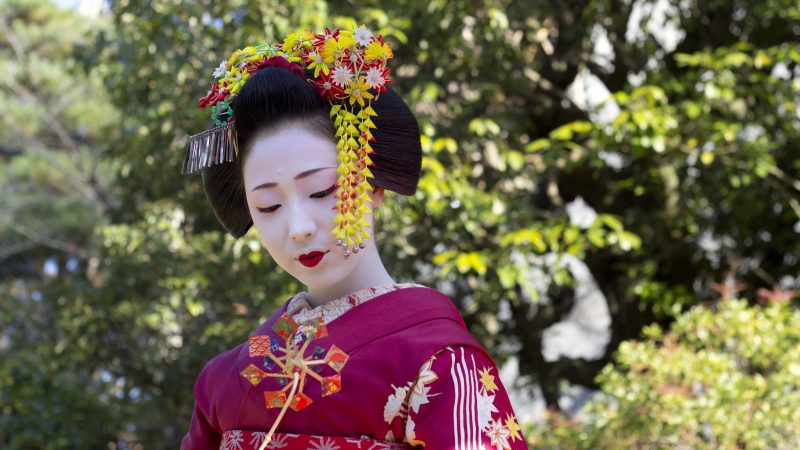 Traditionally, Geisha training begins when a girl is 6 years, six months, and six days old. They believed that this combination of number was very lucky. These girls initially begin as Shikomi or maids and then eventually graduate into Maikos, which are apprentice Geisha. 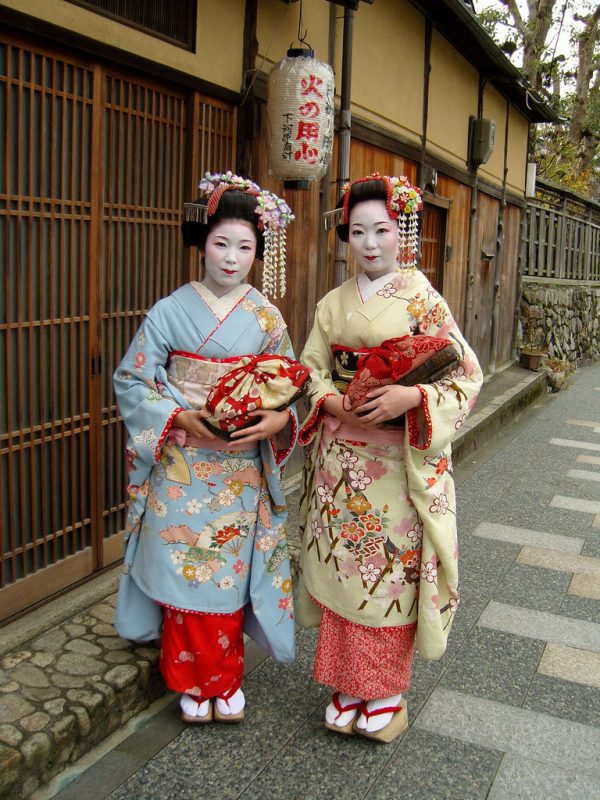 What is interesting is when girls become Maikos, or apprentice Geisha, they wear incredibly extravagant kimonos and hairpieces. Most of the time, fully trained Geishas do not do this and instead, wear more muted pieces. They are identified by their red collars which are flanked by silver threads. 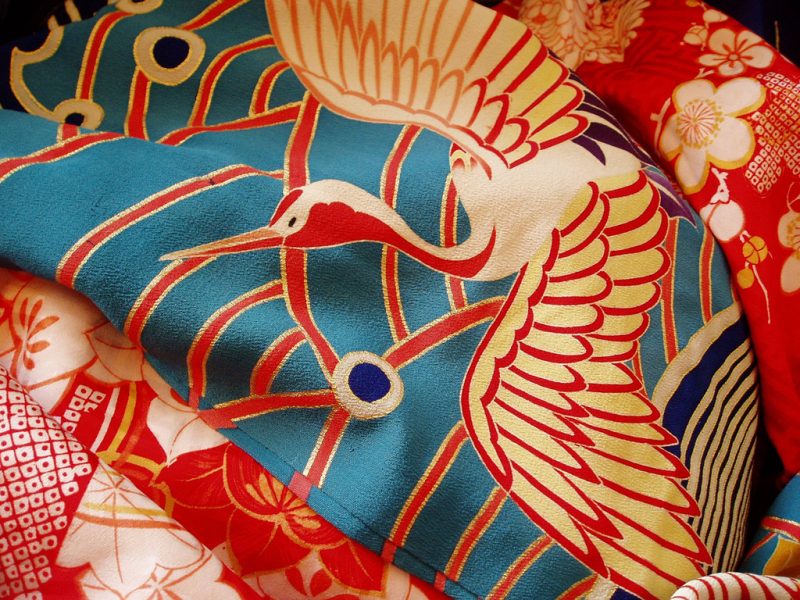 A typical Geisha kimono costs about a years worth of salary or sometimes more. Most Geisha outfits will have a figured satin, brocades, silver thread, gold leaf, and diamond. The accessories they use are typically made with handmade paper, silk, and bamboo. 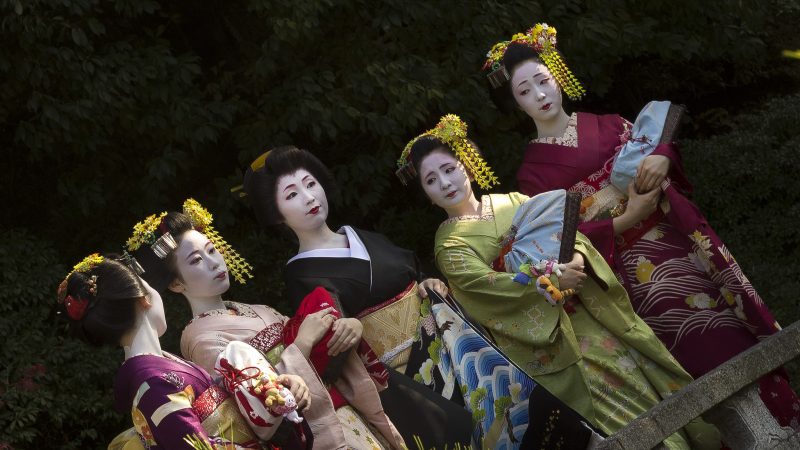 Older Geisha train younger Maikos and they are known as the Older Sisters. The two have to go through a ceremony where they take three cups of sake and sip them three times. This ceremony bonds them to each other forever.

In the very early 1900s, a geisha had a mizuage, which is an auction of her virginity to the highest bidder. After the mizuage is done, the geisha will then style herself in a simpler, more mature manner. 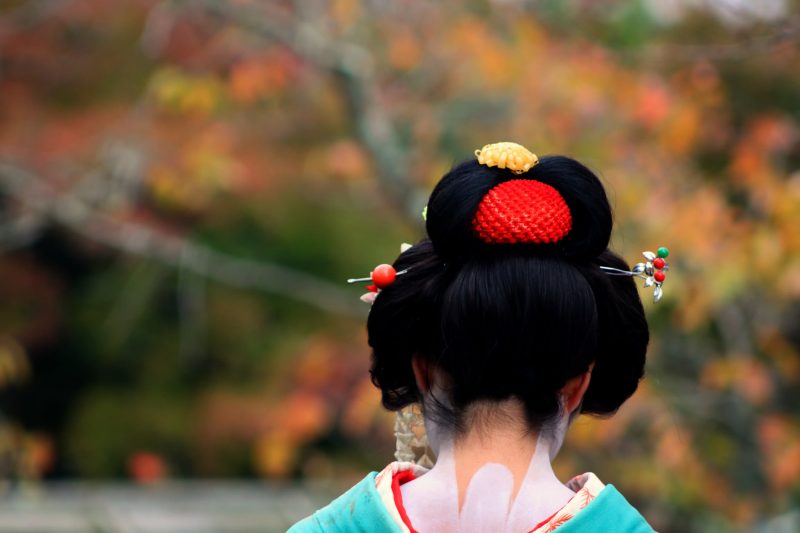 When a maiko becomes a full geisha, they change their hairstyle from a momoware, something very elaborate to something simpler called the shimada mage. This is how you can tell which geisha is a maiko and which one is a full geisha.

A full geisha also wears a different kind of kimono from the maikos and it is known as the tomesode kimono. It is a kimono that does not have an opening under the armpit area. Maiko kimonos are called furisode, which are recognizable by the long sleeves and a long padded hem.

Oshiroi is the white powder geishas put on their face as makeup. It fully covers the face and the front and back of the necks. The geisha then complete the makeup with thick eyeliner and dark red lips. When geishas get older, they stop wearing the oshiroi.

Way back in the old days of Japan, Geisha had black teeth, which was called ohaguro. While this no longer is the norm, some maikos will still make their teeth black when they become full Geisha at their sakkou stage. This is also known as their maiko graduation. 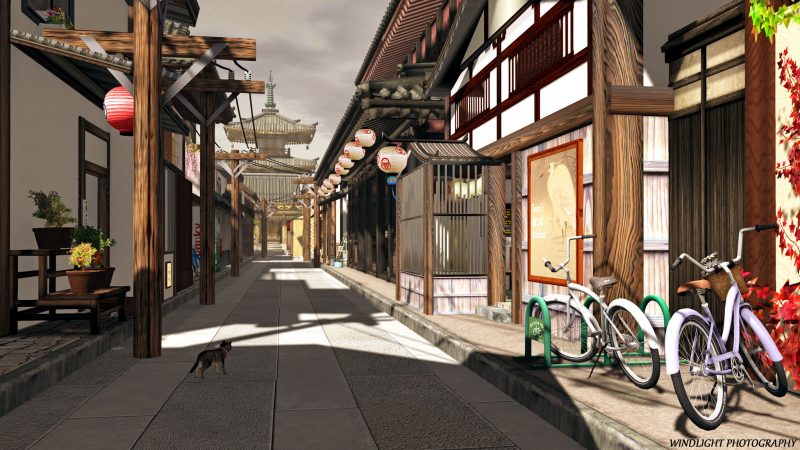 Seeing a real Geisha is actually very rare for Japanese people and only high ranking people will be able to. You are not allowed to choose or see a geisha face to face unless you contact their Okiya first. Even then, you personally or you must know someone else who has a connection to an Okiya in order for you to meet a Geisha.

Many times, a geisha will have a danna. This is usually a powerful, wealthy man who will pay for all of the expenses that come with a geisha. The danna also takes care of the geisha for the rest of her life. A danna is seen as someone with very high social status since they can afford to be a patron for a geisha.

A little known fact is that there are people called Taikomochi, which are the male geishas. They are currently becoming rarer. Usually they will be there to entertain both guests and geisha. However, they are instructed to not flirt with the geishas so that guests will not be jealous.

Ryotei and ochaya are the places where geisha perform. They are very exclusive places that only powerful and high ranking people can go to. People who are able to pay will go to Ryoteis and ochayas to book reservations in order to have private time with the geishas. 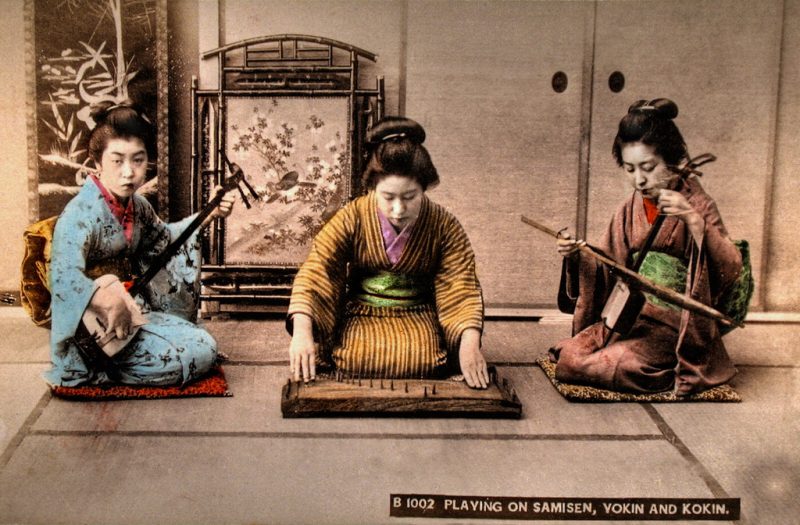 While the Geisha has many talents, they are well-known for being able to play many instruments. These include traditional Japanese instruments like the shamisen, shakuhaci, and also the drums.

In modern times, there are some non-Japanese women who have attempted to become the geisha. This includes Liza Dalby, who went through the geisha training but did not actually debut since she did it as part of her own academic research. Another Australian woman named Fiona Graham did official debut as a geisha and is the first Caucasian to be a full geisha.

In modern years, the geisha have become more prominent in the public eye buy putting on public performances. These are more open to the public and do not require any connections or traditional introductions. However, for those who want a higher class experience they may pay for high price tickets to have a tea ceremony with one of the lovely geisha.

Modern geisha are still quite private and usually reside in okiyas in places called Hanamachis, which translates to “flower towns”. Once the geishas are done with their trainings, they can live outside of their okiya and live independently.

The Geisha arts and profession declined with the rise of World War II. The women had to go to factories and other areas in Japan to work to make up for the lost men during the war. In addition, many prostitutes began referring to themselves as “geisha girls” which began to tarnish the real geisha name. However, in modern Japan, traditional geisha culture has been restored.

To Western audiences, perhaps the most well-known geisha is Mineko Iwasaki. She was formerly the most famous geisha in Japan until she retired at age 29. Her life was written into a novel by Arthur Golden called Memoirs of a Geisha.

There are many geisha districts in Kyoto, but the most famous and exclusive is the Gion district. The geishas here are the best and most famous and refer to themselves as geiko, which means “a woman of the art”.

The shoes that Japanese geishas wear are called okobo. These are traditional wooden shoes that stand about ten centimeters high. Due to how they are constructed, the geisha takes very small steps and walks gracefully.

Older Geisha train younger Maikos and they are known as the Older Sisters. The two have to go through a ceremony where they take three cups of sake and sip them three times. This ceremony bonds them to each other forever.

Geishas do not sleep on regular pillows. Instead, the geisha must exercise alot of restraint and control so they are trained to sleep on a takamakura. This is the vintage Japanese pillow.

During tea ceremonies, full fledged geisha will not serve green tea or dango. Instead, the Maikos do this. When visitors come, the maikos will don their most colorful kimonos and serve them.

Today, many geisha will wear wigs. This is primarily because traditional geisha hairstyles can cause balding on the top of the head. Some geisha even suffer from receding hairlines due to the constant hair pulling.

Geishas are famous and well-respected. At the height of their popularity back in the day, they were the ones who set the beauty and clothing trends. Many geisha were also the subjects of ukiyo e paintings and kabuki plays.

Being a geisha is a very expensive process. On the belts geisha wear, which are called obi, they often stud them with precious jewels and brooches as ornamentation. The cheapest goes for $5,000 and these brooches can go up to $40,000 each!

The geisha is definitely one of the most interesting professions in Japan. These are interesting, well-educated, beautiful women. If you ever have the possibility of meeting one, it will surely be a once-in-a-lifetime experience.