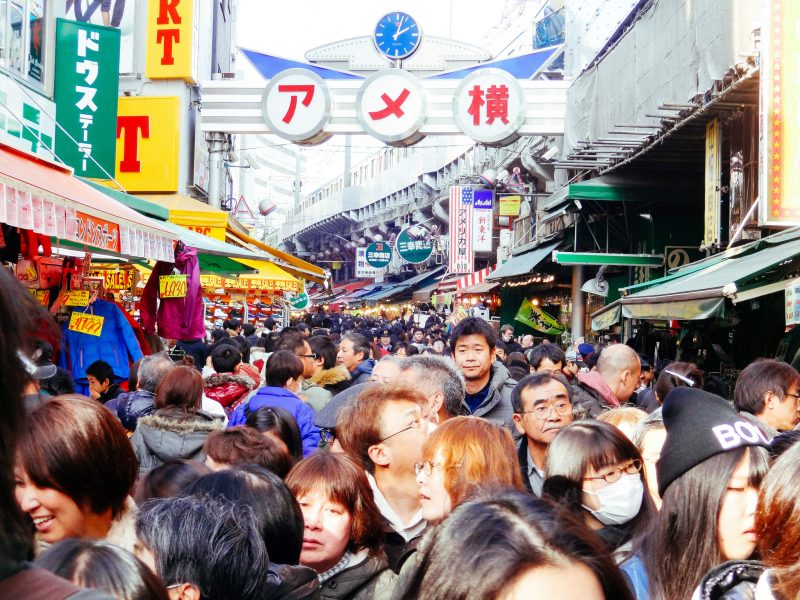 A bustling maze of streets awaits you at the Yamanote Line tracks between the Ueno and Okachimachi stations. Ameyoko, short for “Ameya-Yokocho” is a crowded street market packed with all kinds of dealers dealing and selling a wide range of souvenirs and clothes on discounted prices. Ameyoko is a popular shopping street in Japan, famed for its great selection of imported goods and fresh food at affordable rates, which is hard to get by at other similar establishments throughout Japan. 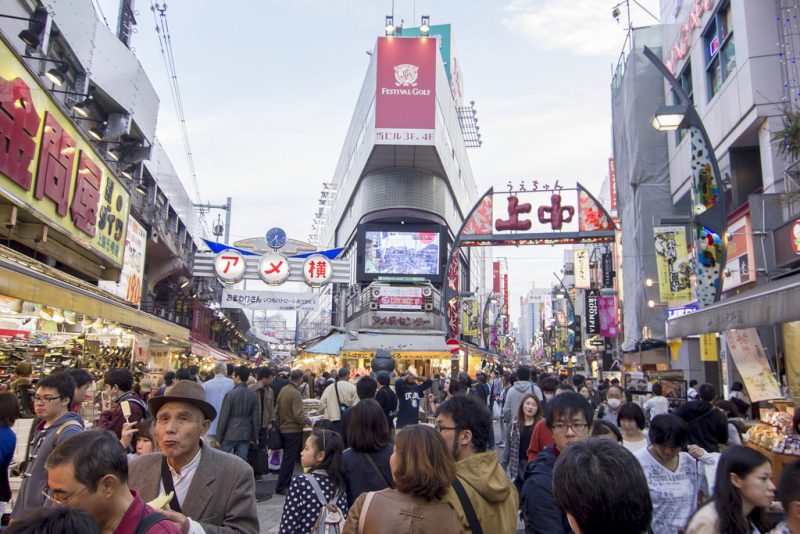 The colorful market street specializes in seafood, especially fish, and the vendors sell all kinds of stuff from sports apparels, sneakers and clothes to fresh fruits, vegetables, and confectioneries. The street is swamped with hundreds of people at the end of the year, as they look for seasoned ingredients for the New Year celebrations. The street is home to over 500 shops selling almost everything. 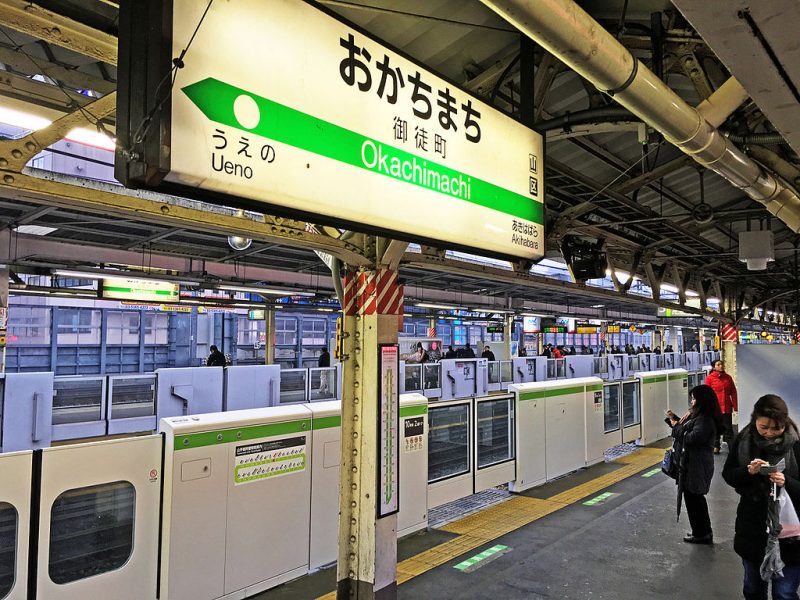 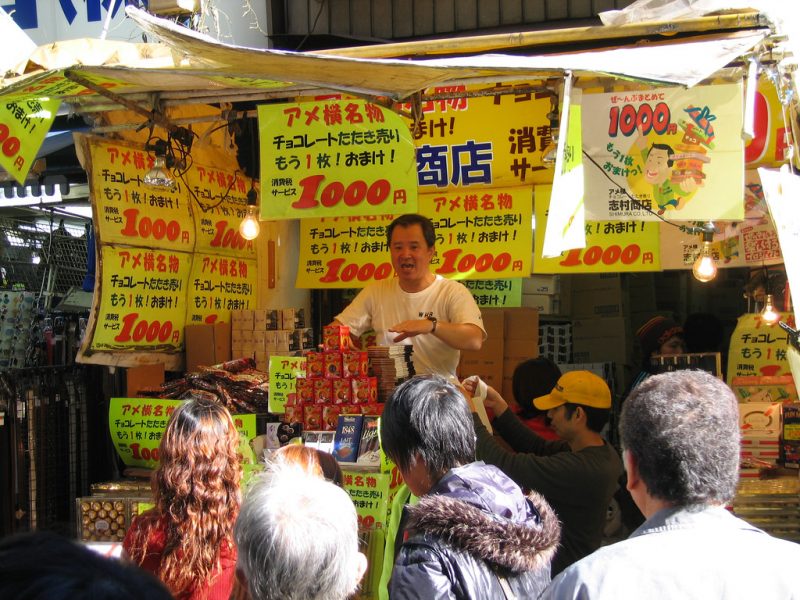 Not just the busy open-air market, the history of Ameyoko is equally fascinating. There used to be a lot of candy stores in the street all perfectly lined up in the early post-war era, thus the name “Ameya-Yokocho”, which literally means ‘candy store alley’. Alternatively, there’s another theory that “Ame” refers to America, thanks to the American army goods that used to be sold here post-World War II. 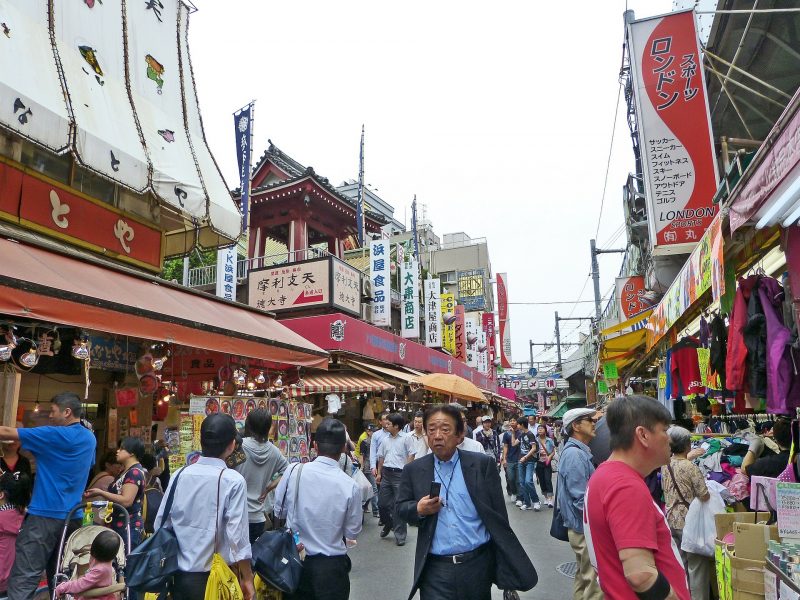 The whole market is surrounded by side streets with branches all over the gaff. Towards the eastern side of the Ueno Park, is the main shopping street, which is just the place for everything fancy and elegant. Starting from dog tags to some good-old military equipment for your collection to cool leather jackets, just everything is up for sale in the Ameyoko street market. 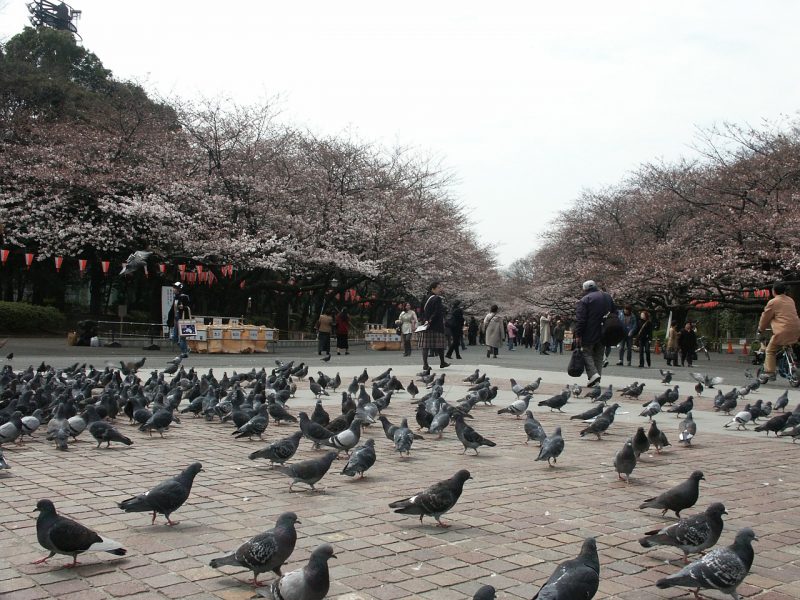 The bustling locality has a cultural atmosphere with fine art galleries and museums, and the vibrant locations only add to its beauty. One such charming attraction is the popular Ueno Park, which stretches all the way from Ueno Station to the Shinobazu Pond. It is one of the most significant cultural spots in Tokyo, filled with museums, shrines, temples and natural attractions. 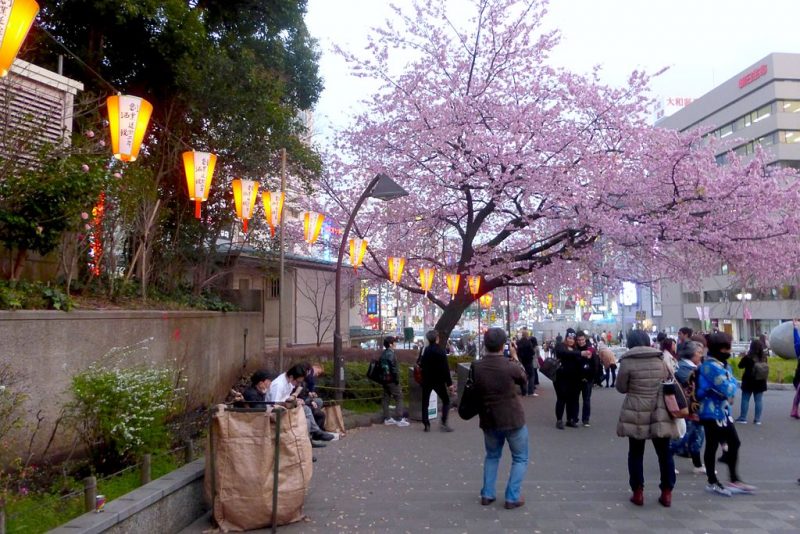 Ueno Park near the Ameyoko features thousands of trees along the street, including sakura that usually blooms in the spring. This is one of the best spots in Tokyo for cherry blossom viewing (hanami), which attracts enormous crowds to the already beautiful Ueno Park. The cherry blossoms often go by sakura in Japan, are considered customary to partying under the trees.

There’s a wide variety of restaurants and food joints in and around the street market serving not only a wide selection of Japanese food but cuisines from every corner of the world including India and Korea. The market also features a few nice sushi eateries to enjoy some delicious Japanese-style sushi.

Ameyoko shines like a star at dusk as thousands of shoppers from all over Japan flock to this cityscape to shop for everything from fresh veggies and fruits, fish and poultry products to cosmetic products, clothes, and jewelry. You wouldn’t dare miss the bustling scene of Ameyoko while in Japan.

10 Best Bars to Go in Shinjuku

5 Things to Know about Shizuoka Airport