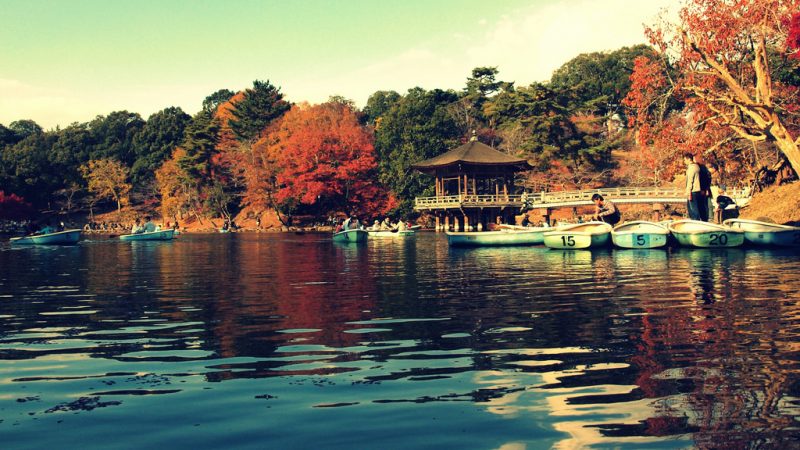 Designated as one of the “Places of Scenic Beauty” and located perfectly in the center of the city of Nara, the beautiful Nara Park is something that’s hard to miss. And why not! Whether it’s for the many historic structures that portray the city’s glorious past, the long pagoda towers peeking through the trees, or to see deer grazing through the wide lawns, the checklist is just endless. 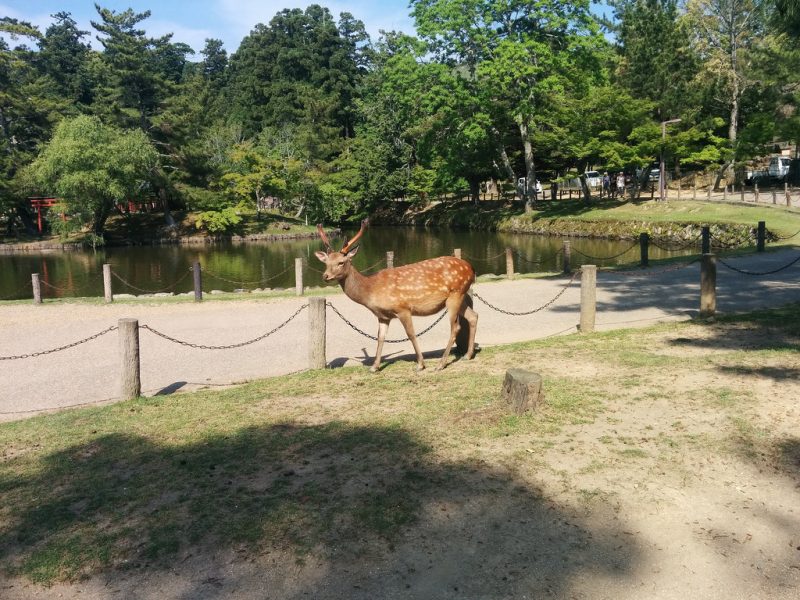 It’s a wide green space, located at the foot of the Mount Wakakusa that extends 4 kilometers from east to the west and 2 kilometers from north towards south. The park is under the jurisdiction of Nara Prefecture. It’s adorned by the magnificent landscape with exceptional views of the temples and shrines that represent the cultural heritage of the city – all of these in a rich natural setting. 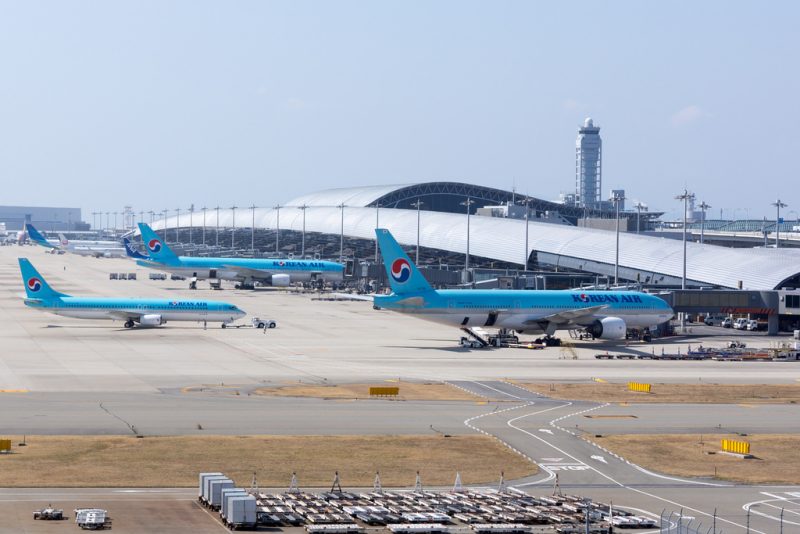 The park is easily accessible from almost everywhere. A shuttle bus from the Kansai Airport would be convenient and usually takes an hour and a half or less to the Kintetsu Nara Station. The park is just a short walk from the station. The Kansai Airport is well-connected with all the major airports like Fukuoka Airport, Narita Airport, Naha Airport and Haneda Airport. 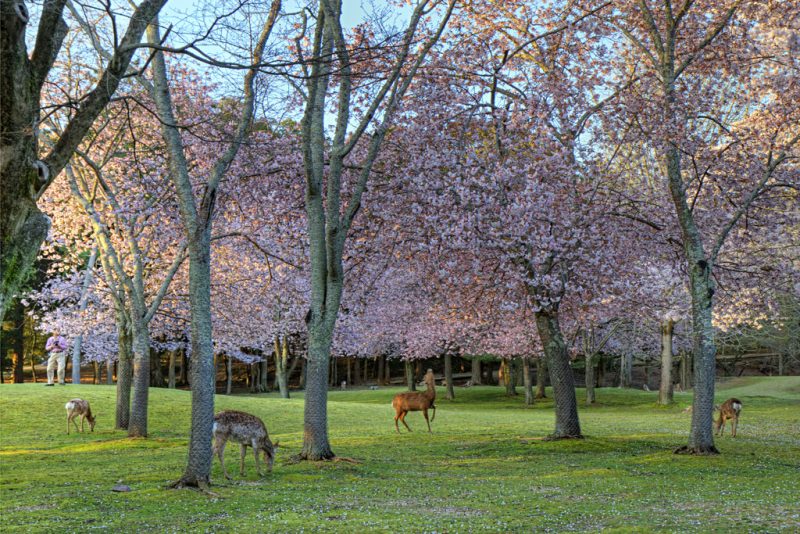 The main attraction of the park is undoubtedly are the cute, adorable deer that roam freely throughout the wide lawns of the park. There are over 1,200 deer wandering around the park. These wild deer are called sika and the city shares a strong connection with these deer, which are considered the messenger of the gods, according to the Japanese folklore. They were deemed sacred and used to be the symbol of deities, and killing them was considered a serious punishable offense. You can even feed the deer with Shika sembei or deer crackers. 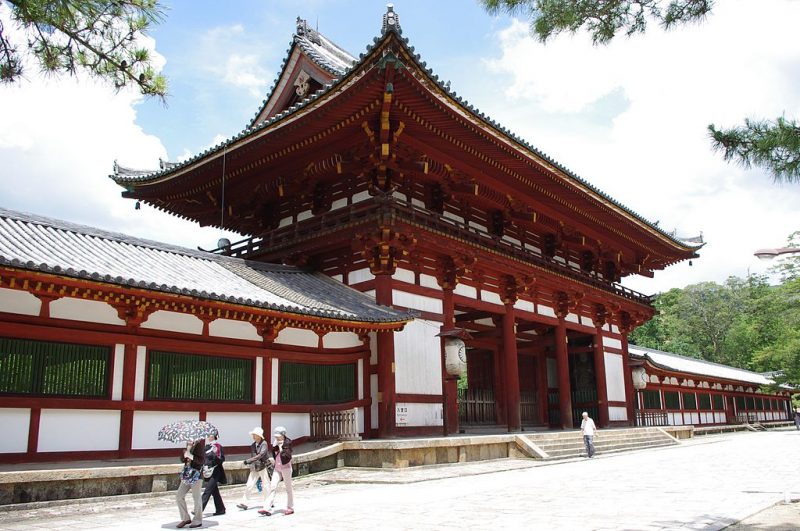 Deer are not the only attraction in the park. There are several things to see and do here. Inside the park are the famous Toda-ji Temple, Kofuku-ji Temple and the magnificent Kasugataisha Shrine, along with other historic attractions. The Toda-ji houses the world’s largest bronze Buddha statue, and the six-armed Ashura statues dwell at the Kofuku-ji Temple. The Toda-ji is one of Japan’s most significant and well-protected historical structures and a prominent landmark of Nara. 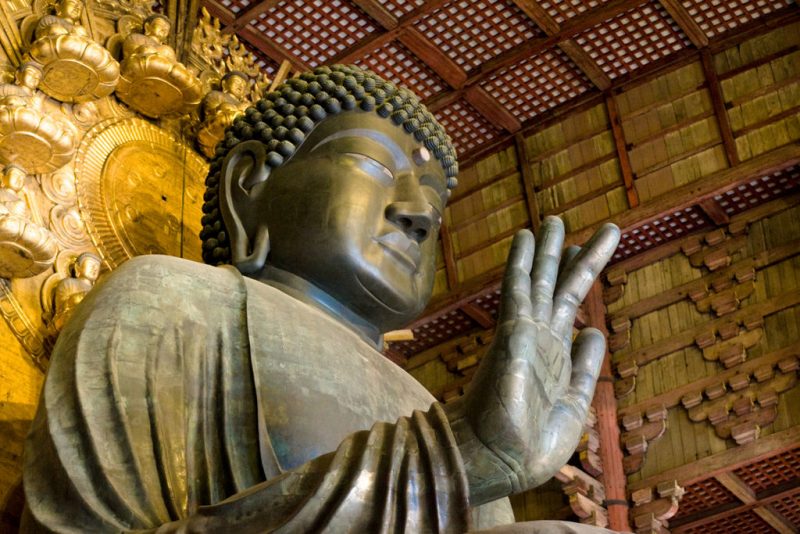 The Great Buddha is enshrined at the Great Buddha Hall (Daibutsu-den), which stands tall at 57 meters, making it the world’s largest wooden formation. The huge statue of the Buddha weighs around 300 tons and stands 15 meters tall. This is the main hall of the Toda-ji, which dates back to the Edo Period. 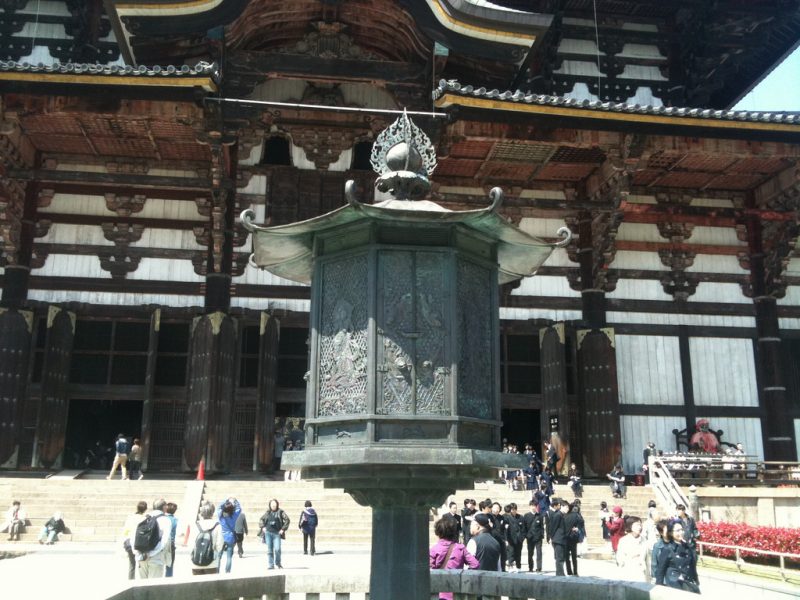 At the bottom of the steps just outside the Great Buddha Hall, sits one of the oldest treasure of Toda-ji, an octagonal-shaped lantern that dates back to the original eighth-century temple. The fire chamber is protected by a surmounted jewel-like roof, which ultimately rests on a stone base. The eight diamond-shaped panels of the fire chamber make a perfect formation. 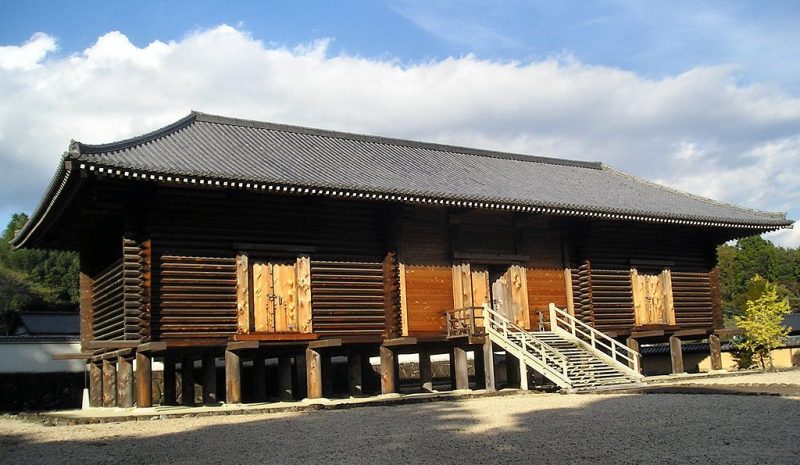 Yet another historical structure that belongs to the Toda-ji which houses the treasures of the Shoso-in, including several Buddhist statues and other works of art, the majority of which are deemed national treasures. The Shoso-in Repository is believed to be the only treasure-house at Toda-ji left standing.

Look at the map of the city of Nara; you’ll be amazed by the extensive green space in a perfect natural setting with wild deer roaming freely throughout the lawns and historical structures canvassing the city’s glorious past.