Just a short drive southwest of Barcelona, the city of Sitges, Spain is known around the world for its film festival, carnival, and pristine beaches teeming with energy. Young and old alike flock to the city  in summer months to enjoy an active nightlife complete with international bars and clubs. Sitges is a welcoming community, famous for its inclusion of all lifestyles. 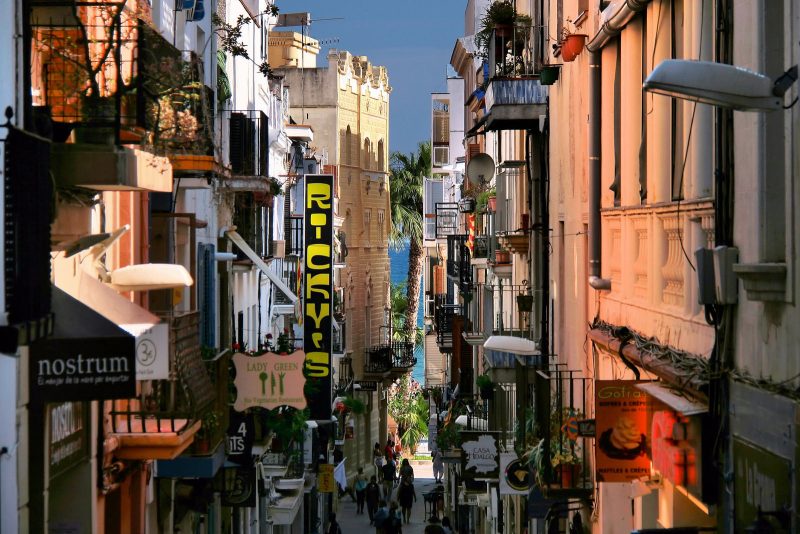 It’s near impossible to make a trip out of Sitges without checking out a couple of the city’s booming pubs. Bar hoppers can check out the waterfront and downtown scenes, which usually don’t get busy until around 12am. Major hubs include places like Piano Bar, Parrots Pub, Mediterraneo, and Mont Roig Cafe. For those looking for a scenic experience, many local cruise boat companies offer an evening of drinks and fun as well. Drinks usually begin at around 7euros. Most bars offer non-alcoholic options as well.

If you’re looking for more than just a drink out, Piano Bar is the perfect place to go for music, film screenings, and live cabaret performances. Activities pick up in the summer months especially with West-End Theatre artists, well-known sing-longs, and top 40 hits. From May 10 until October 10, Piano Bar is open every day, 10:30pm until 3am.

Parrots Pub has long been a fan favorite for its central location, live music, rooftop bar, and lively atmosphere. The rainbow-themed bar features daily cocktails, as well as a full menu of both alcohol and alcohol-free drinks. 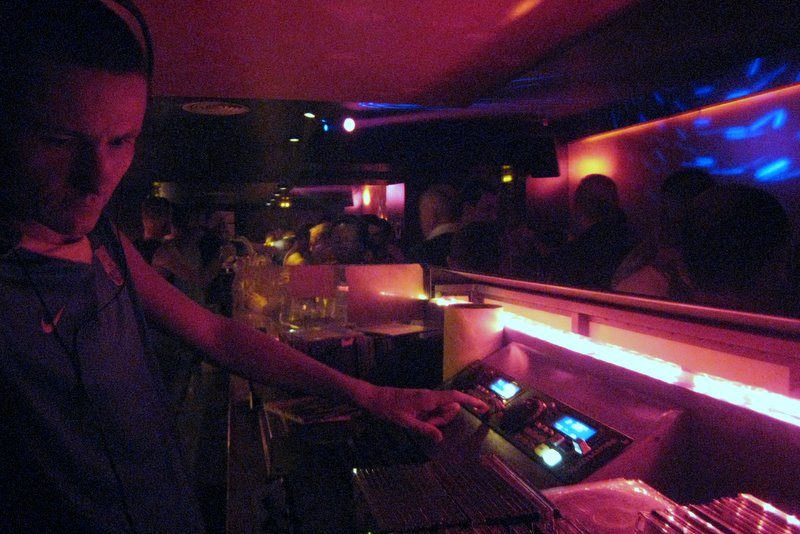 Save some energy after drinks for a night you’ll never forget at one of Sitges’ most famous attractions: its nightclubs. Although the ambiance of the small-sized town remains quaint, with picturesque scenery of traditional Spanish architecture, after hours is when the city really comes alive. Clubs are within close proximity to the beach and nearby restaurants and bars. Many clubs cater to the gay community, although there is a little bit of something for everyone to enjoy. Popular venues include Pacha Club, Club Atlantida, and Trailer Club.

Home to a restaurant, terrace lounge, and year-round special events, Pacha Club is a must-do. The bar boasts top 40 and techno music and also hosts several movie screenings. Pacha is close to many area hotels, clubs, and bars.

Each February, people from around the world travel to the lively city to partake in a week of non-stop celebration. Stiges’ carnival has been listed among the top 10 destinations in the world because of its parades, parties, and performances. Carnival attracts party-goers from all walks of life, namely, the gay community,

Dates for next year’s festivities will run from Tuesday 21st of February until Wednesday, 1st of March. Major parades will take place on Sunday the 26th February until Tuesday 28th February. Over 200,000 people are expected to participate. Popular bars include places like La Villa, Central Bar Café, Mojito & Co, Carousel, and Parrots Pub. Usually bars become busy around midnight, and the fun continues at nightclubs until early in the morning, well past 3am. 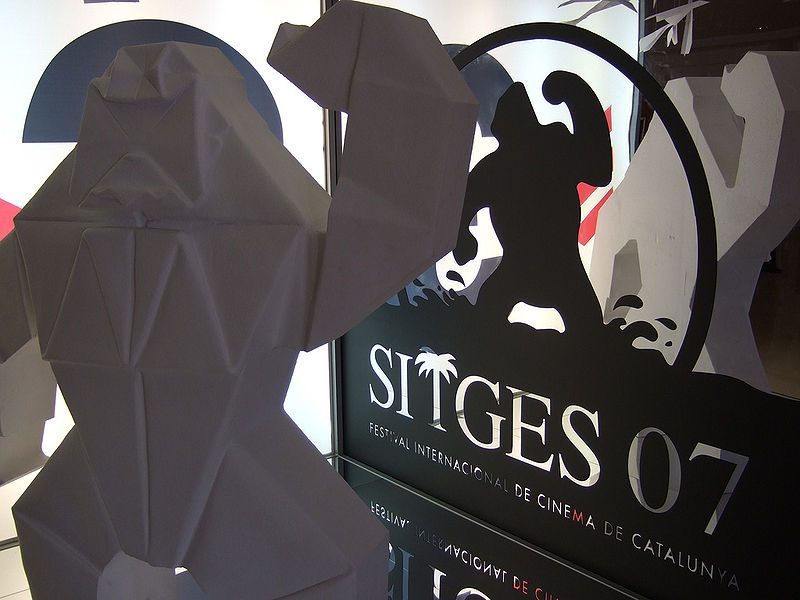 For movie buffs looking for a slightly tamer evening of entertainment, Sitges will host its 49th Fantastic International Film Festival this October. Dates this year are from the 7th until the 16th of October. Over fifty years ago, the film festival began as a primary venue for horror and fantasy cinematic entertainment. Today, the week long event features international work across a variety of genres.

Films are awarded such prizes as the Best Motion Screenplay, Best Actor/Actress, and Best Cinematography, as well as the Grand Audience Award. Past award-winning films include Blue Velvet, The Company of Wolves, and In the Light of the Moon. 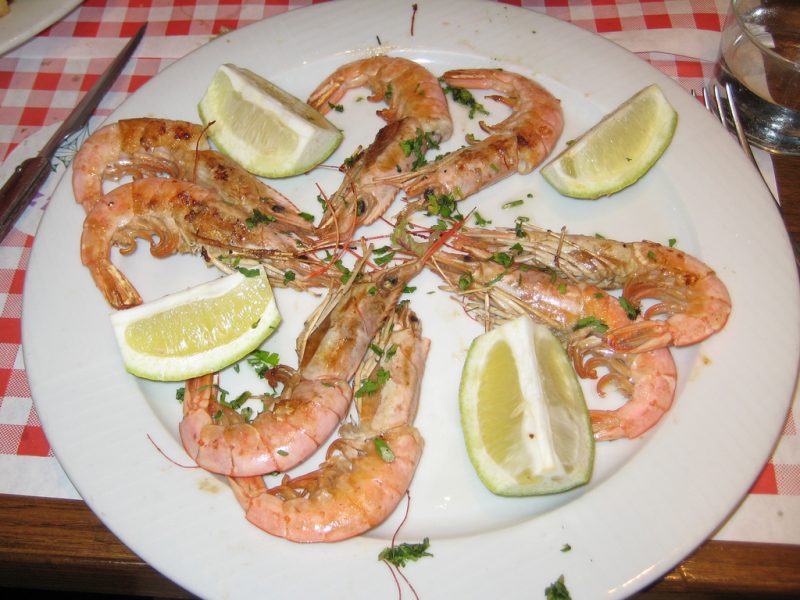 Spanish locals tend to eat dinner late in the evening, sometimes not until 10pm. It’s important to note that restaurants that might look dead around 7 or 8pm will be buzzing with action in a few short hours. Sitges has lots to offer in terms of an eclectic cuisine. Traditional Spanish-style meals and seafood are available, as well as Chinese, Japanese, and Mexican-inspired dishes. Eateries are located along the water as well as in the city center.

Situated beside the sea, and close the the city center, Cal Pixo is well regarded by visitors for its traditional paella, Galician octopus, fried fish, and steamed mussels. The outdoor terrace is the perfect way to unwind on a sunny afternoon and into the evening hours. Over four generations, Cal Pinxo never fails to satisfy its diners. 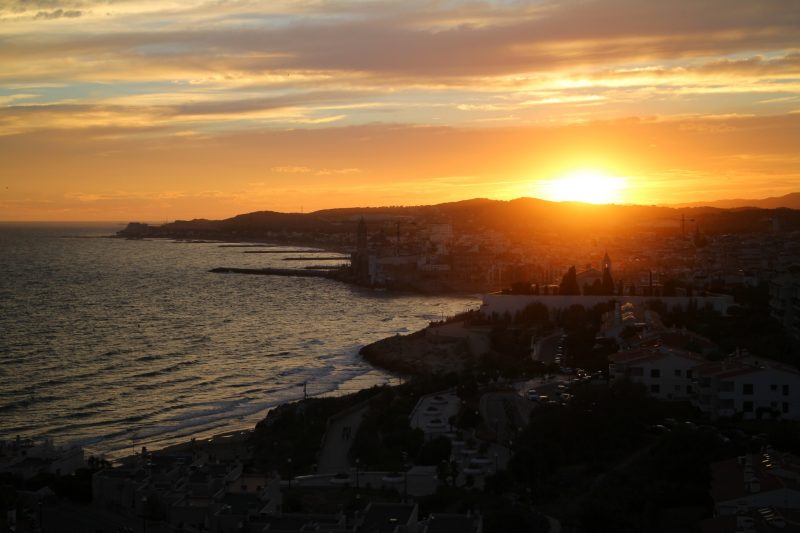 This July, Sitges will hosts the 23rd annual International Tango Festival. Events will begin July 14th and continue until the 17th. Each afternoon features classes in “El Retiro,” followed by tango dancing every evening along the beach from about 6:30 to 8:30pm. The nights are filled with live music and DJ’s along the waterfront. Individual classes range from 15 to 25 euros, but participants are also encouraged to buy packs of classes for the best value, 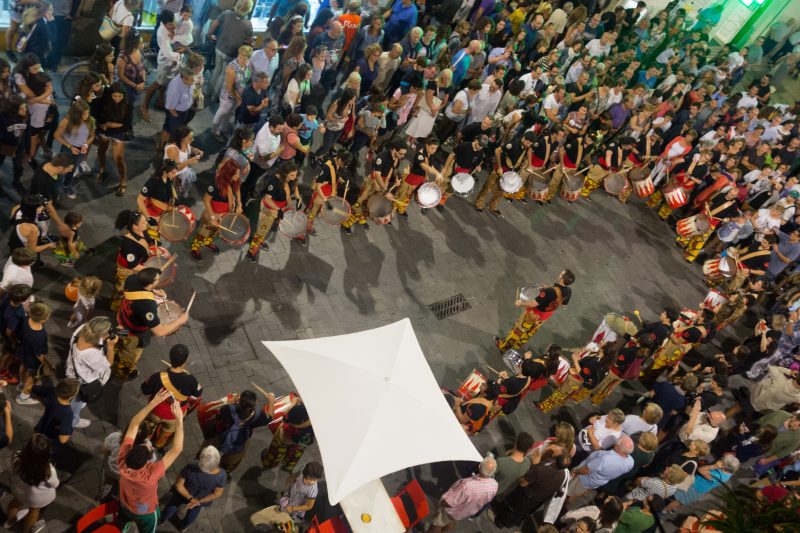 Sitges’ most largely celebrated saint festival is that known as the Feast of Sant Bartomeu. It’s a family friendly event that takes place each August. This year’s festival will take place from August 19th-26th. Week-long activities are full of colorful processions, ringing of the church bells, folk dances, and finally, a nighttime fireworks display. Each day, the festivities start anew. The Feast of Sant Bartomeu is followed by the Festa of Santa Tecla every September.

Whether among the company of family or a close group of friends, Sitges has something to offer every visitor looking for a bit of fun and relaxation. From its bars, clubs, restaurants, and world-renowned festivities, Sitges is surely a must this summer.
Have a good trip and travel!

7 Accomodations to Stay in Sitges