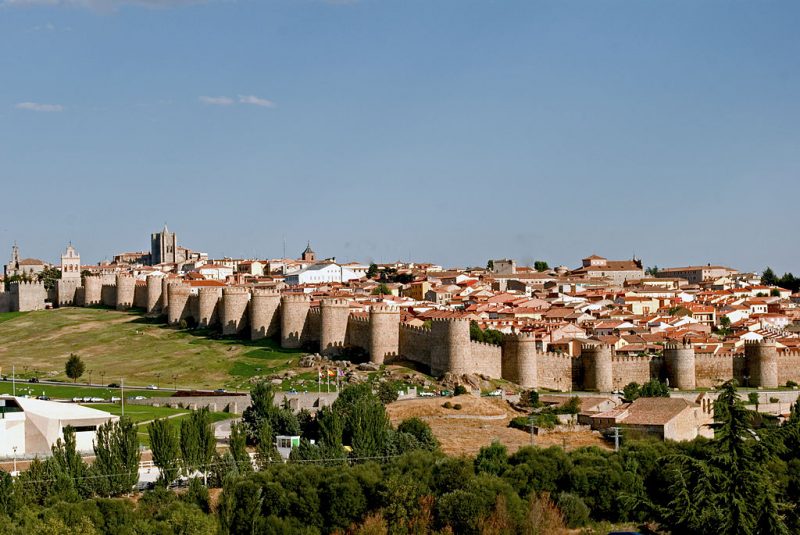 A medieval city in the autonomous community of Castile and Leon to the northwest of Madrid, Avila is one of the most beautiful and oldest cities in Spain guarded by centuries-old city walls. Hidden behind the well-preserved walls of the Castile and Leon capital is a wealth of artistic and cultural heritage that stand witness to the city’s glorious past as a prominent textile center. Beautiful Romanesque churches and Renaissance palaces take a stand behind the city walls which stretch to 2.5 kilometers over nine gateways and over 2,000 crenellations. 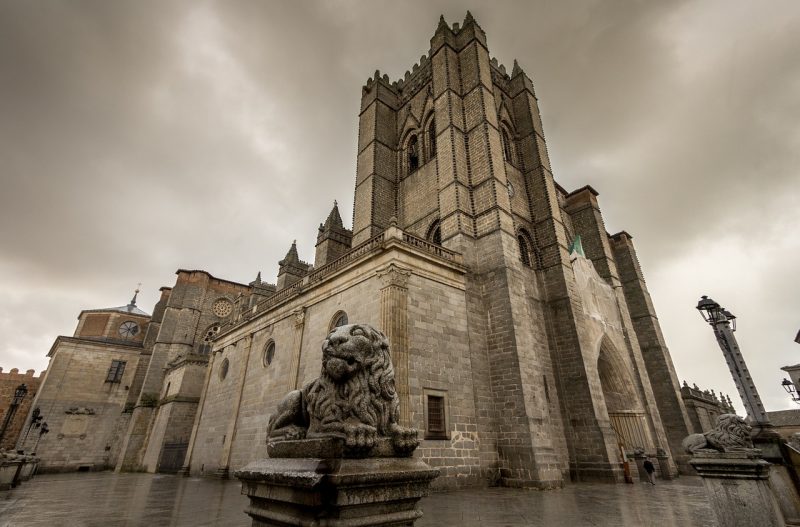 The oldest Spanish Gothic cathedral, this Romanesque style fortress is one of the most protected and sacred churches in Spain that adjoin the medieval walls of Avila. Dedicated to San Salvador, this magnificent fortification shares a resemblance to the Abbey Church of St Denis, the first European Gothic church. The stained glass windows bear witness to the remnants of the past.

2. The Birthplace of St. Teresa of Avila 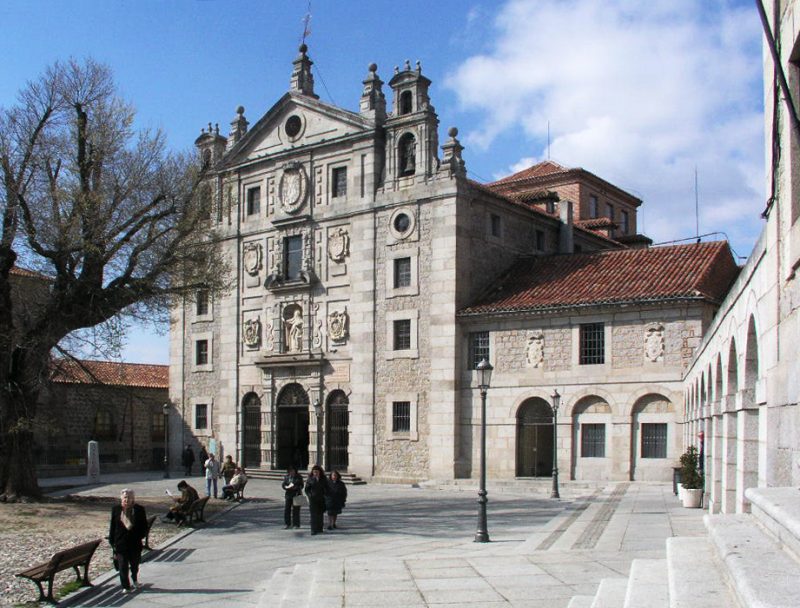 The Convent of Santa Teresa is one of the two main pilgrimage sites for the Catholic pilgrims to Avila which stands still at the site of Teresa’s birth and contains her relics along with some pieces of her friend St. John of the Cross. This 17th-century convent was built right after the canonization of Teresa over her house where she was born and the highlights include the Baroque façade and master Gregorio Fernandez’s magnificent sculptures.

3. The Splendid Walls of Avila 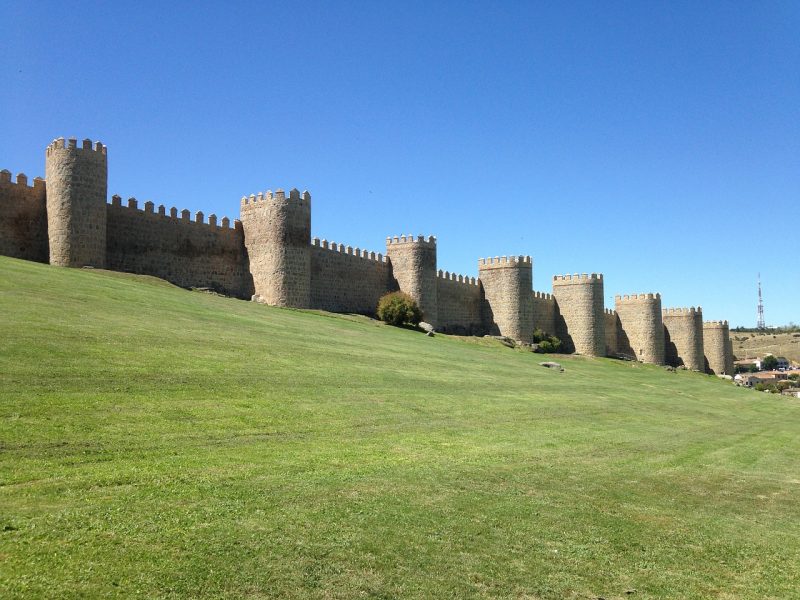 Guarding the city’s cultural heritage are the splendid medieval walls of Avila that are considered one of the best preserved defensive perimeters in the world that stretch to 2.5 kilometers with nine gates providing access to the city. The enclosure dates back to the Middle Ages, followed by an upgrade between the 11th and 12th centuries with Renaissance and Gothic touches. 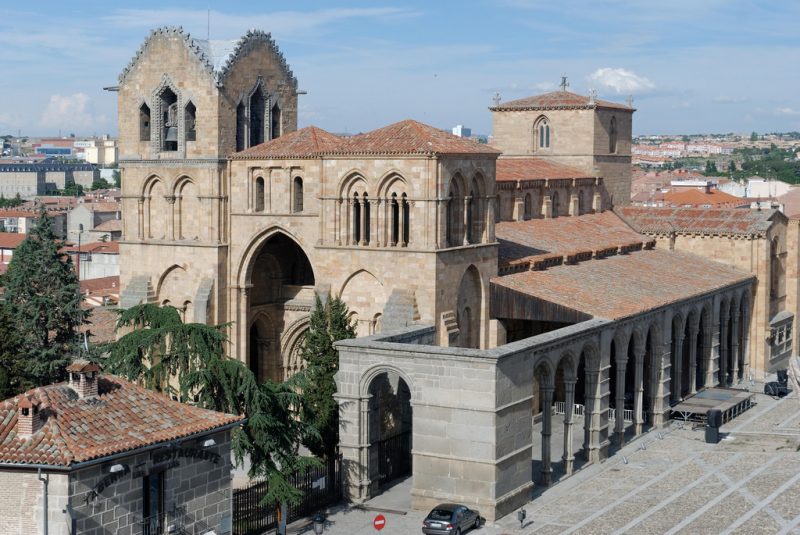 Stands tall on the ancient site of the martyrdom of St. Vincent at the hands of the Romans under the reign of the Roman Emperor Diocletian, this magnificent structure is one of the greatest examples of Romanesque architecture in Spain. The weathered headstones on the floor date back to the early 17th-century and another noteworthy feature is a cemetery-turned-garden, Jardin de San Vicente. 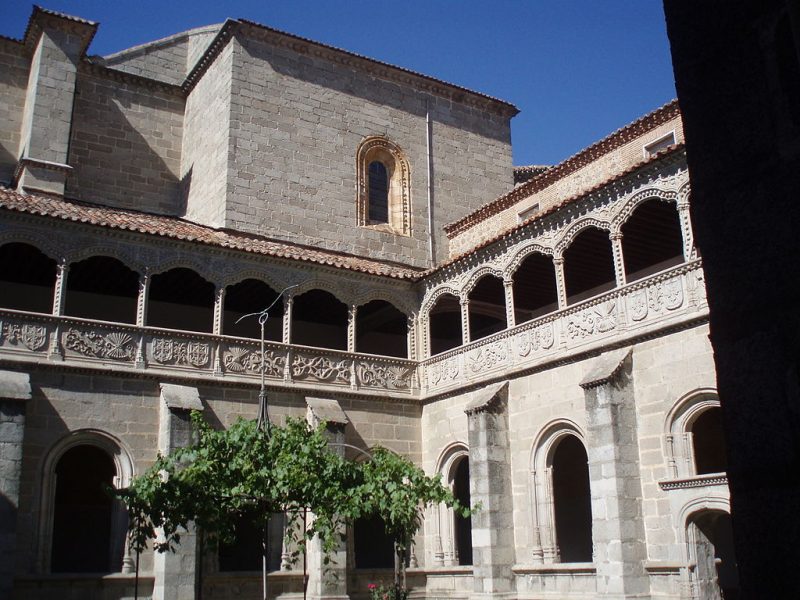 Built at the end of the 15th-century, this royal monastery is an exquisite example of Isabelline architecture built under the patronage of Hernando Núñez de Arnalte. This monastery was attacked several times throughout its history and sacked during the French invasion. The interconnected cloisters lead to the church which is the burial ground of Don Juan, the only son of Fernando and Isabel, the royal monarchs. 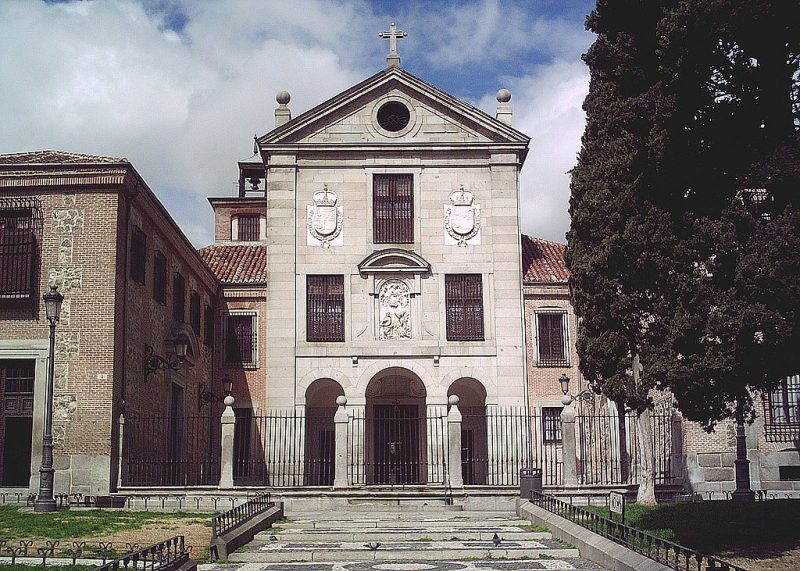 This Renaissance monastery outside the walls of the Avila is an important pit stop on the pilgrimage to St. Teresa’s Avila and this is where she took on the monastic life and spent 27 years of her mystical life. One of the main rooms open to the public is where she was believed to have had a vision of the baby Jesus. It also houses the Museum of St. Teresa where the relics of her past are on display. 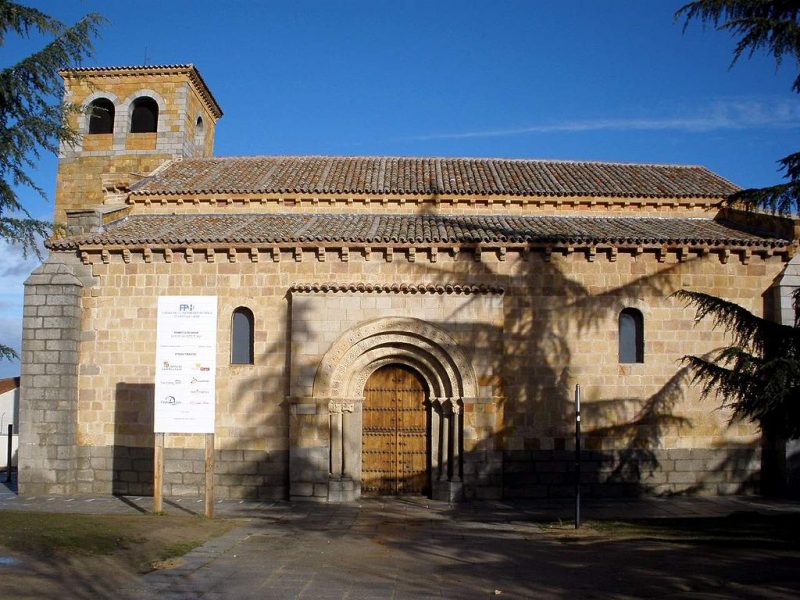 Avila’s oldest church sits perfectly to the north of the old city and is a great example of Romanesque architecture adorned by a simple floor plan with three naves. Among the notable features is the remarkable central apse outside the church which is beautifully decorated with a chequered impost.

8. The Provincial Museum of Avila 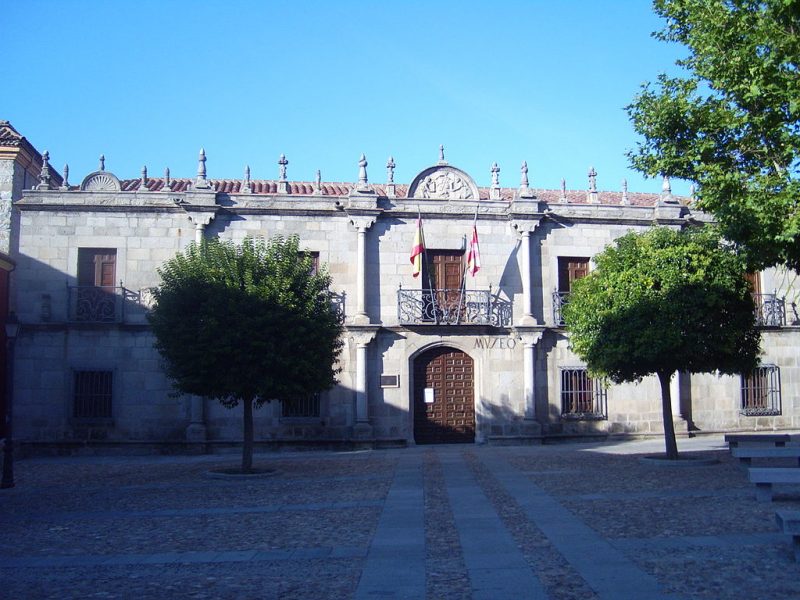 Housed in a Renaissance mansion called the Casa de los Deanes, this regional museum of Avila displays local ethnographic exhibits, medieval paintings, and some Roman artifacts. The archaeology section features items from the Paleolithic Period through to the Middle Ages. Fleming paintings and ancient weapons are on display in the museum’s Fine Arts collection. 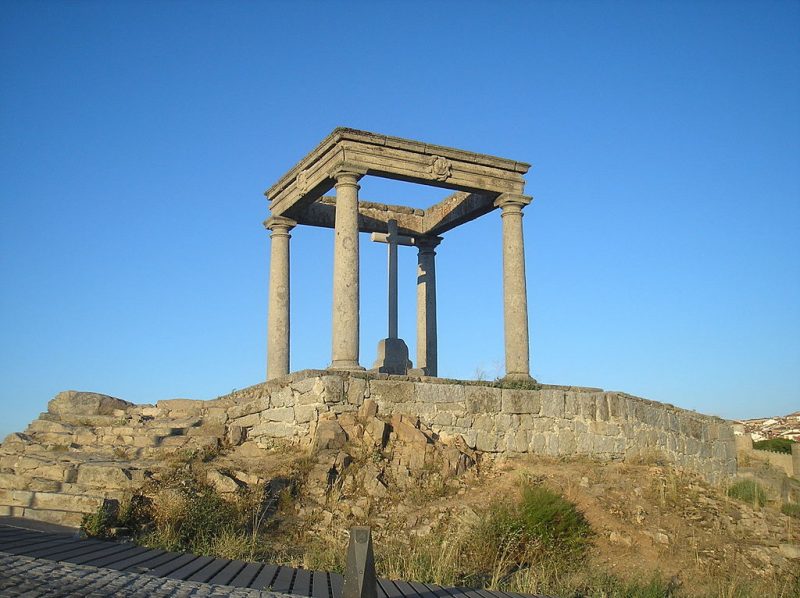 Perched atop a small hill to the northwest of the city, lies a small shrine which provides spectacular views of the Avila’s medieval walls. The four-post canopy guarding a cross marks the exact spot where Santa Teresa was caught by her uncle while running off with her brother to seek martyrdom at the hands of the Muslims. 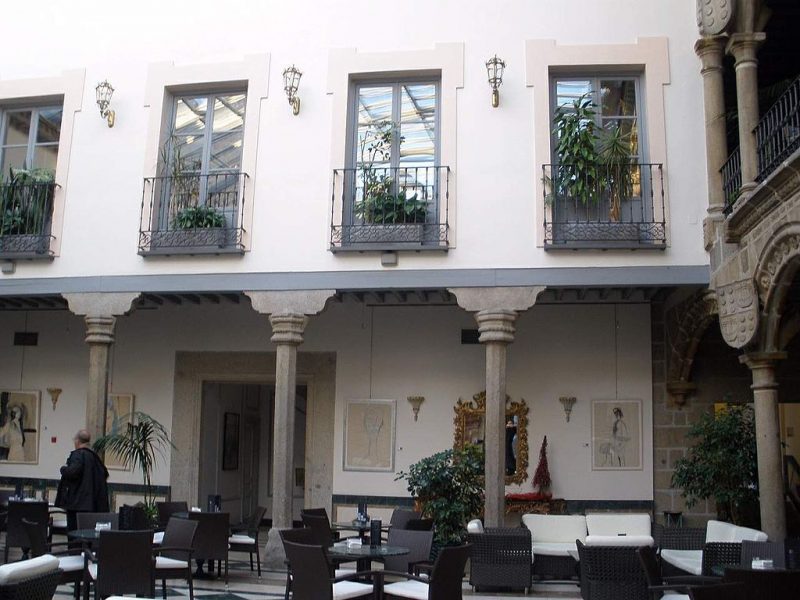 Perfectly located inside the fortified walls of Avila, this Renaissance palace-turned-hotel is a charming little establishment built in the first half of the 16th century. The Renaissance style façade with a beautiful semicircular arch is nothing less of a restored gem and definitely a must-visit in Avila.

7 Restaurants to Go in Salamanca

7 Restaurants to Go in Leon