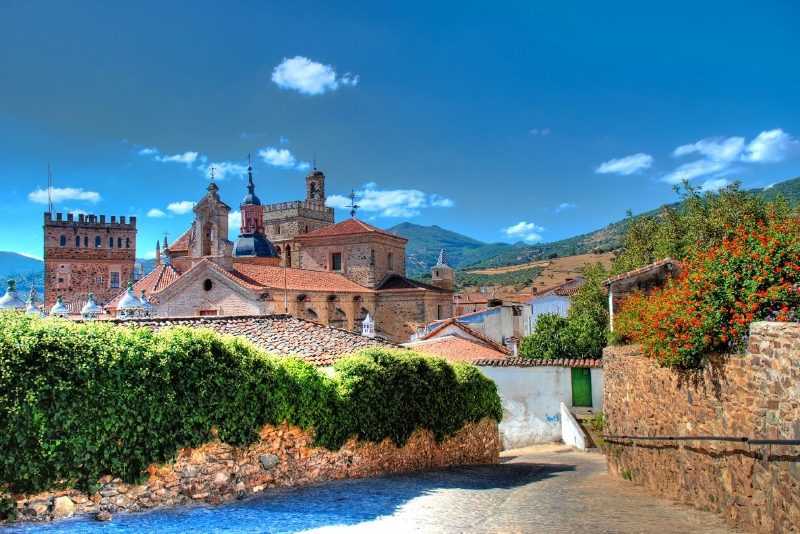 Spain is famous for its gorgeous beaches, amazing culture, historical buildings, delicious food, lively nightlife and many festivals that make Spain one of the best tourist destinations. Every city in Spain has its own specialties and offer a number of things to do. If you are planning a trip to Spain, then following is a guide to help you choose which city to go. 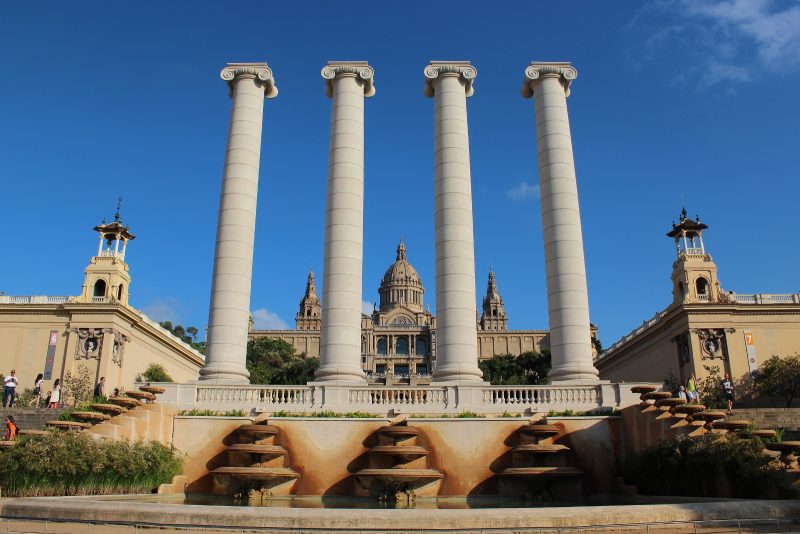 Barcelona is Spain’s most popular destination among tourists. It offers many things to make your trip memorable like amazing culture, historical sites, shopping, nightlife and delicious food. There are many historical places one must visit on a trip to Barcelona. Basilica of the Sagrada Familia, Casa Batllo and Palau de la Musica Orfeo Catala are one of the most popular tourist destinations. There are also many other activities to do such as water sports or sunbathing on beautiful beaches in Barcelona. 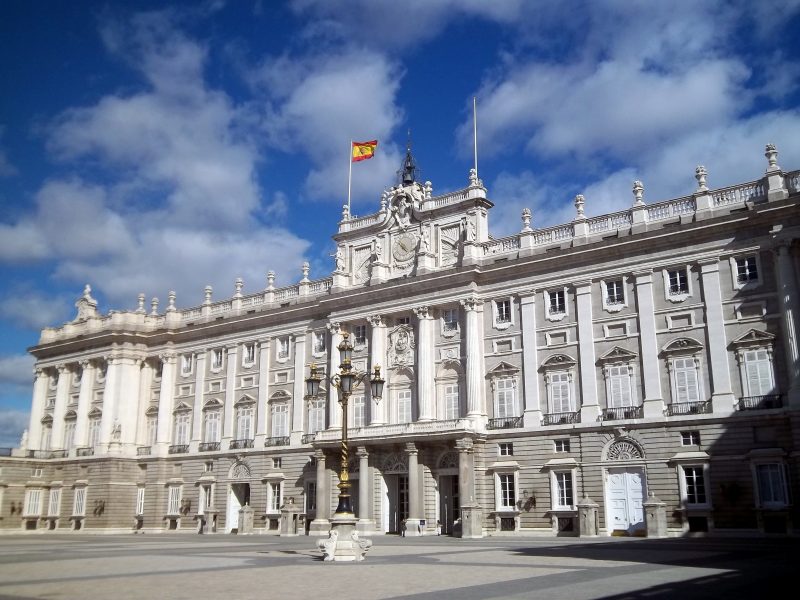 Madrid is Spain’s capital and one of its largest cities. It is mostly known for its amazing nightlife. The most popular place to see in Madrid is the Royal Palace, which is the residence of the Spanish Royal Family. Puerta Del Sol is another famous place one must see in Madrid. It is a large plaza which serves a number of festivals, gatherings and amazing street performances. Plaza Mayor is also most visited place located in the city and is well known for a number of restaurants and cafes offering delicious food. 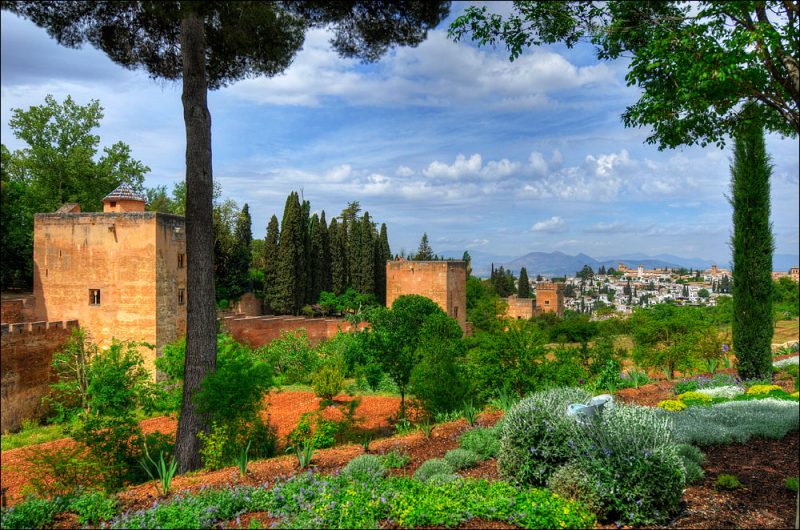 Granada is the capital of Granada province in Spain. This city offers a variety of beautiful places to see. The Alhambra is one of the popular historical destinations in Granada. You can buy the ticket in advance and enjoy the stunning architecture and views. Generalife is another spectacular place which is an amazing combination of beautiful garden, architecture and water. Other than that, you can also enjoy hiking, skiing or just sightseeing at the most beautiful Sierra Nevada mountain range. 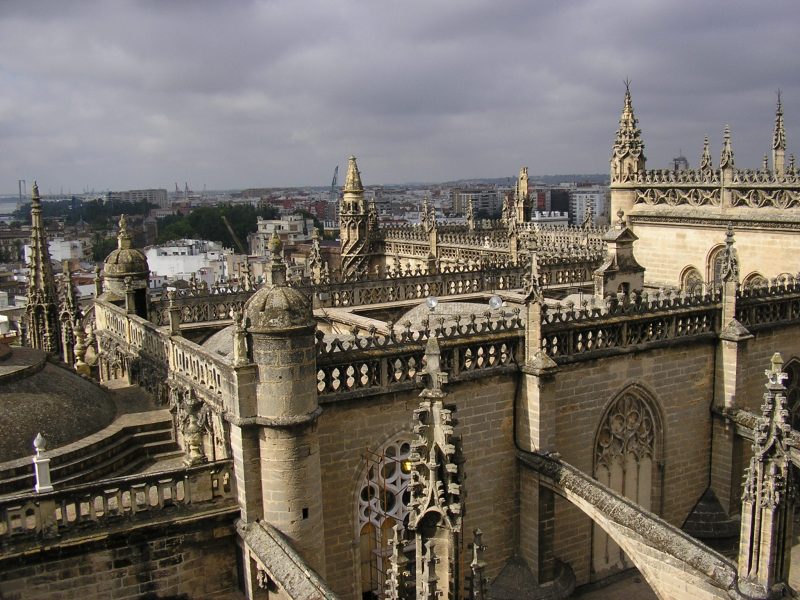 Stunning tourist attractions, festivals and food all make Seville one of the most popular cities to visit in Spain. Alcazar of Seville is a royal palace and the major attraction of the city. You can buy a ticket and enjoy the stunning interior, artistic buildings and beautiful gardens. Another place which is truly stunning is the Grand Cathedral of Seville which also serves Christopher Columbus’s tomb as believed by many. Other famous places are Barrio Santa Cruz, Torre Giralda, Plaza de Espana and much more. 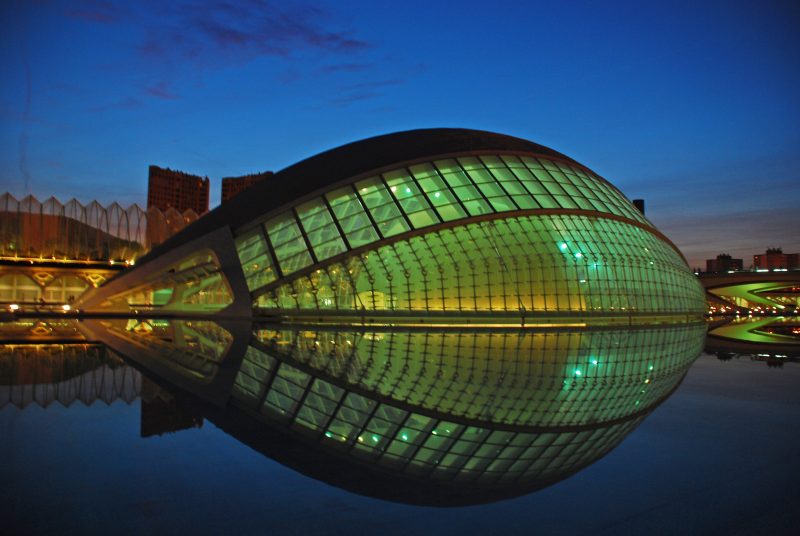 Valencia is another most beautiful city in Spain which is visited by millions of tourists every year. The city is famous for its arts and sciences with spectacular structures including museums. Valencia also has stunning beaches including Malvarosa beach which is most visited in the city and offer many facilities. The most important highlight of your trip to Valencia is its Fallas Festival held in March every year. There are bands marching down the streets, fireworks display, food and many other activities carried out in this festival. So don’t miss a chance to be a part of it on your trip to Spain. 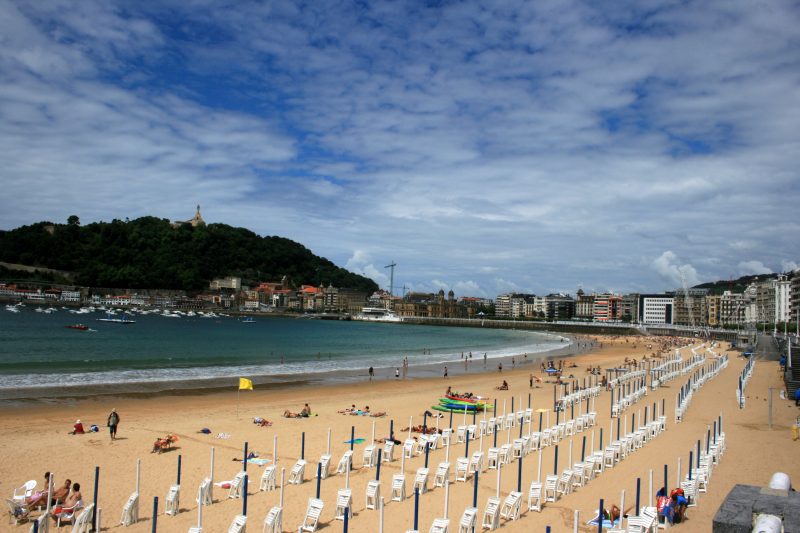 San Sebastian is a beautiful resort town located in the Basque country of Spain. This city is loved for its gorgeous beaches and delicious cuisine. Playa de la Concha and Playa de Ondarreta are the most popular beaches of San Sebastian offering number of activities like swimming, kayaking or sunbathing. There are also well-known restaurants around the beaches serving innovative food and drinks. You can also book food tours and enjoy the variety of cuisines offered. 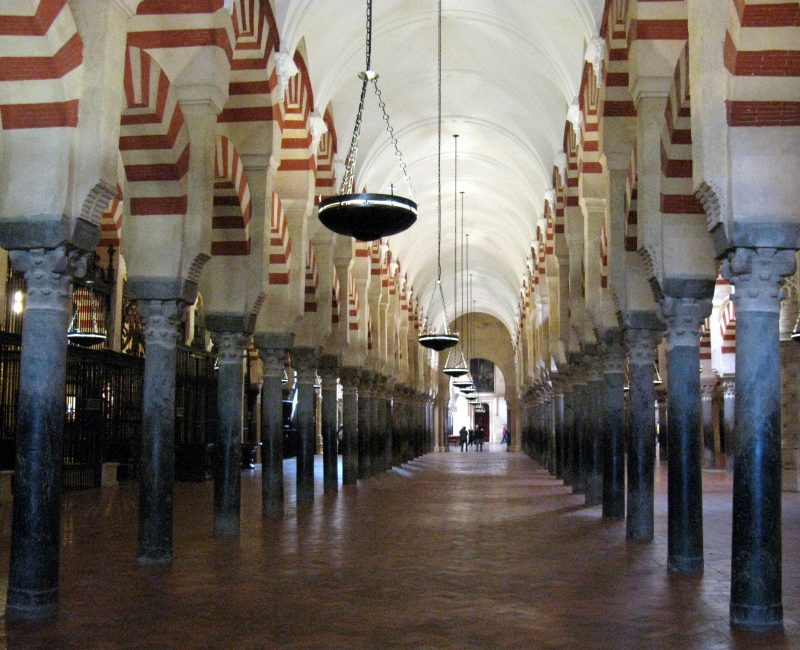 Cordoba is the capital of Cordoba province in Spain famous for its historic culture, buildings and streets. The mosque of Cordoba representing the Moorish culture is the most popular place to visit. It is a mix of Islamic style with a cathedral, which makes it a beautiful holy place.  Roman Bridge and Historic Centre of Cordoba are also very well known among tourists and must to go places if you want to enjoy history mixed with stunning architecture. Other popular places include the Street of Flowers, Old Jewish Quarter with many souvenir shops and Christian Monarchs. 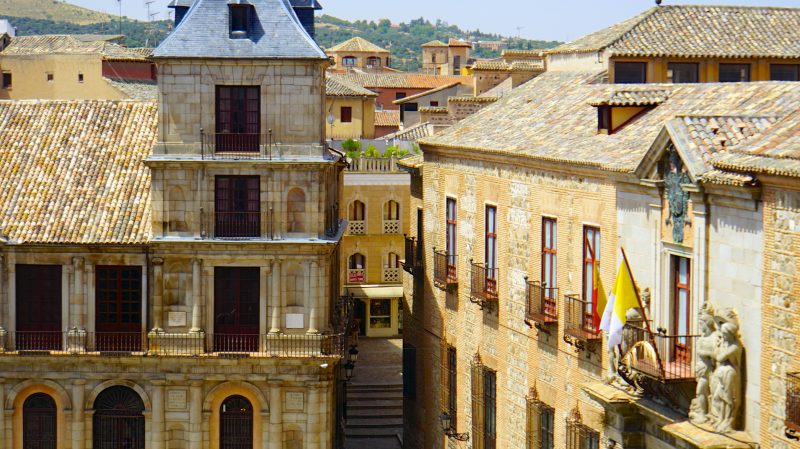 Toledo is known as the city of three cultures because Christians, Jews and Arabs used to live there together for centuries. The city is full of amazing monuments to see of which Magnificent Cathedral is most popular. Alcazar of Toledo and Museum of Santa Cruz are also well-known places one should not miss. You can also book culture tours and take advantage of visiting the popular places and also getting knowledge about the history of Toledo. 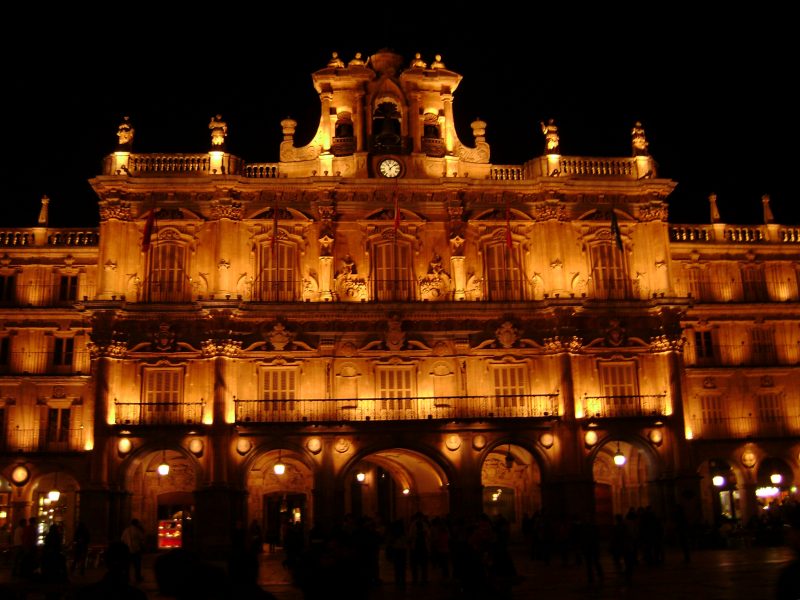 Salamanca is an ancient city and is the capital of Castile and Leon region in Spain. Salamanca is not a very large city as compared to other places in Spain but is very famous for its student atmosphere. The University of Salamanca is said to be the third oldest institute in Europe. Apart from its historical heritage, the city is also famous for its dynamic culture. Plaza Mayor, Casa Lis Museum and Cathedral are the major highlights of this city. 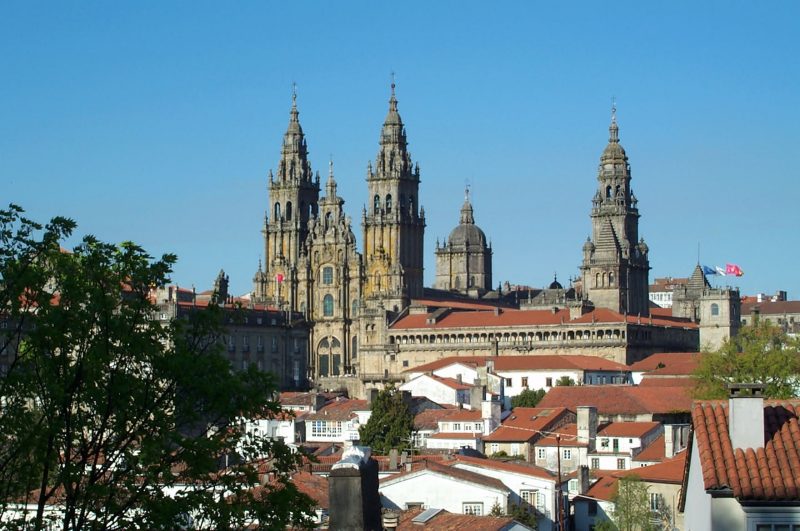 Last but not the least is Santiago De Compostela in Spain. This city is not very big but has a lot to offer. It is also one of the most important routes of Christian’s pilgrimage. There are also many historical places to visit in this city like Cathedral de Santiago de Compostela. Other than historic sites, it is also famous for various festivals held every year. Every year in July, Fiestas are carried out in the honor of the Apostle Santiago. Streets are filled with dance, music, games and food. These activities make this city most popular among tourists.