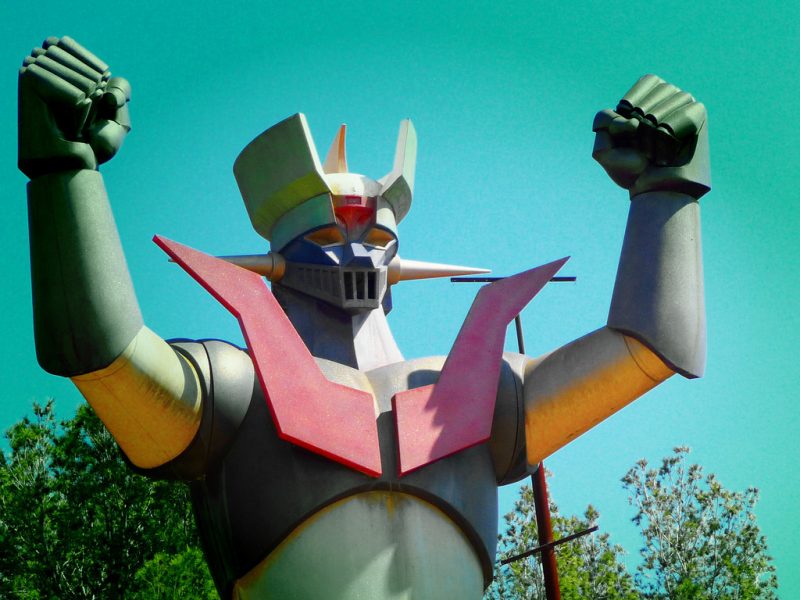 Tarragona is the capital city of Tarragona province and is located on the coast of Medeterian sea. Mazinger Z is a Japanese super robot manga series. A statue of the super robot Mazinger Z is built at Tarragona. Constructed as an entrance to new Suburb is this statue which is 40 feet high. Probably a mecca for anime lovers. 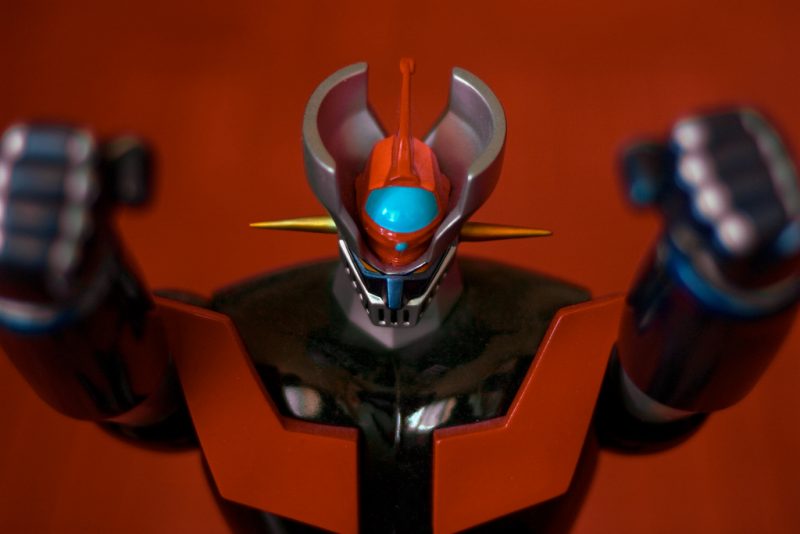 Mazinger Z is a Japanese super robot manga series, written by Go Nagai. It first appeared on TV in Japan on 2 October 1972. Then the shows were telecasted in Europe and the USA. This Comic was telecasted in 92 episodes. This anime by Go Nagai led to further creations of other anime like power rangers. 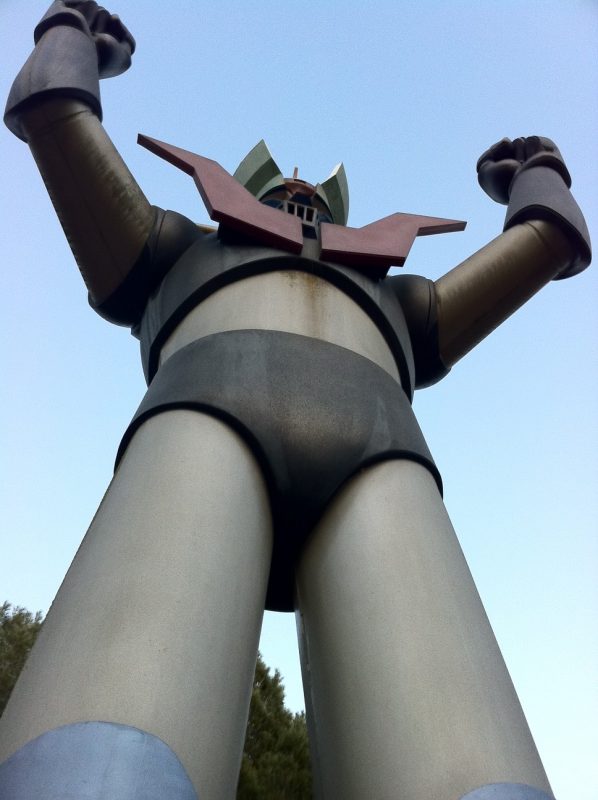 The Comic Mazinger Z became popular in the 80’s. The statue of super bot Mazinger Z is at Tarragona; The statue was constructed here to protect the suburb “Mas del Plata!” This mighty statue is 10 m high and standing in the middle of the forest waiting to protect the Earth from space intruders. 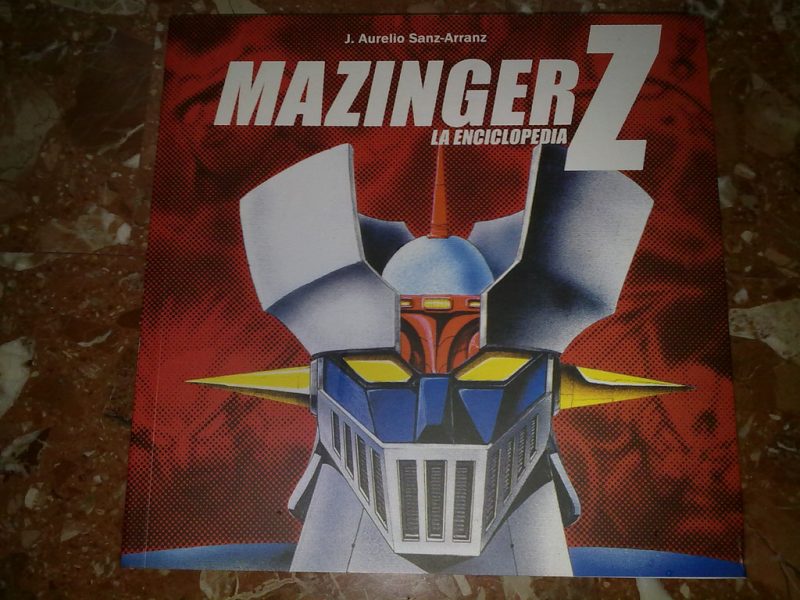 The anime Mazinger Z was converted to Spanish and was aired in the original 92 episodes in the set of two volumes. All the character names were kept same as in the Japanese version. The release of the anime Mazinger Z in the Spain was a massive hit! It became so popular that the suburb was planned to build on this anime’s theme.

Mazinger Z was a massive hit among Spanish community in the 70’s, a decade later the planners of Tarragona planned to build a suburb in the outskirts of the city. The suburb was being built on the theme of anime Mazinger Z, but they failed. They had constructed a big statue was the entrance to the suburb. Now, only this statue stands between the failed suburb.

This gigantic statue of Great Mazinger Z (also known as Shin Mazinger Z) is made up of the fiberglass, which is 40 m high. In the anime the Mazinger Z was built from the material which they called as Super-alloy Z, it is a material found at the holy Mt Fuji.

If you are not amazed by the replica of Mazinger Z, then let me tell you there is a secret door at one of his leg. You can get inside the statue! The door leads to the head of the super robot and you can peep out of it. Amazed? I am sure you are amazed. Most of the people are unaware of this secret door

The Mazinger Z statue is standing from past 40 years, yet unknown to most of the people. The statue has been repainted recently. Let’s get to the world of anime “The Mazinger Z is standing and protecting the suburb from years, It is because of him that there are peace and stability in the region.” 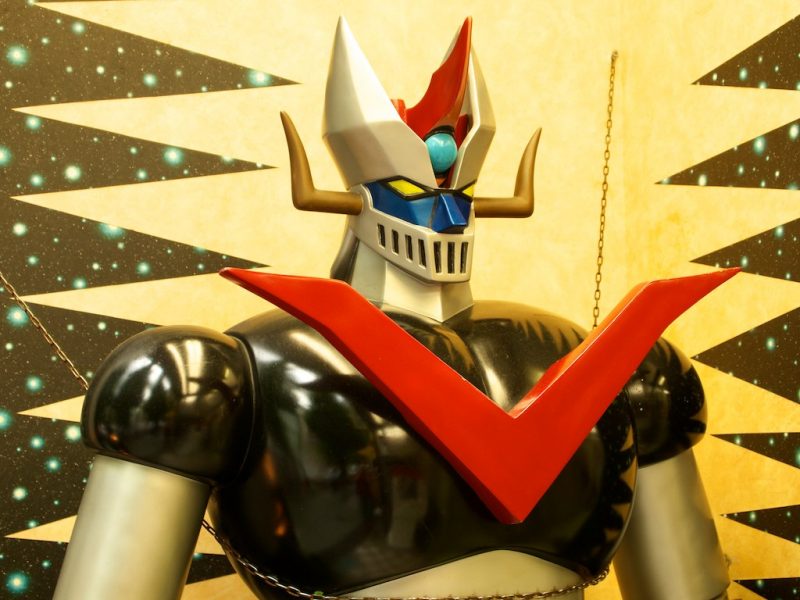 The Mazinger Z statue was constructed without taking the permission from the creator Go Nagai. At the time of construction there very little to no rules on copyright policy. The creator knows about the statue but has never visited. He says if I get the opportunity to visit Spain then he will definitely visit this place. The creator would have never thought that a mighty statue would be built here.

25 Things to Do in Salou

15 Accommodations to Stay at in Salou

10 Ways to Enjoy Holidays in Salou